The performers have a wealth of knowledge and imagination to turn any space into an amazing performance experience. They can either tailor existing performance elements to a client’s theme and venue or they can create a truly bespoke show.

Giant Aerial Mobile
A giant aerial mobile is suspended from a crane or winch. The structure is raised up to 30 metres into the air with 3 aerial acrobats, suspended from the structure on blue silks. They perform a beautiful aerial sky dance high above the audience, combining stunning choreography, contortions and dynamic drops. Creating an awe inspiring and unique element to the show.

The Pyrotechnic Sun
The aerial mobile takes to the air with four artists performing aerial acrobatics with fire hands. In the centre of the structure an artist performs a highly skilled aerial straps routine. Throughout the routine dramatic showers of pyros would explode from the structure adding a spectacular element to this stunning show. Creating a unique performance element.

The aerial mobiles can be tailored to any show and can have different aerial equipment rigged from them. Sky Dance’s giant mobile structures can be adapted to suit many themes. They can be used to suspend musicians, singers, trapeze artists, aerial silk, aerial hoop, stilt walkers, aerial fire and bungee artists from them. The performers are happy to adapt Sky Dance or create totally bespoke aerial mobiles for your event.

Giant Aerial Balloons
Beautiful giant white balloons can animate the sky, with acrobats suspended from them. The balloon can move through the performance space interacting with the audience creating a very magical and dramatic element to the show. This can be accompanied by dancers performing on a stage.

Giant Interactive Puppets
Sky Dance can create giant interactive parade puppets. These can be used for ground performance and then be flown in the air as giant mobiles with artists performing off them.

Sky dance is normally accompanied by a stage performance. This has the option of combining world class acrobatics, dance and fire performance with live singing.

Pyro Technics
The large shows often have a pyro technic performance element to them, giving the show a spectacular and unique element. Again the stage performance can be tailored or bespoke to a client’s brief.

The shows can be tailored made to suit your timing requirements.

★ Shows can be tailored made to suit your timing requirements 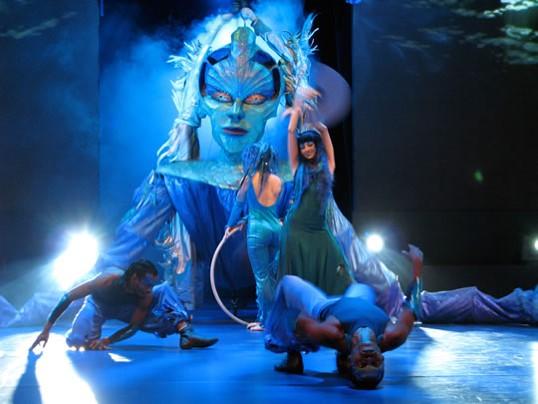 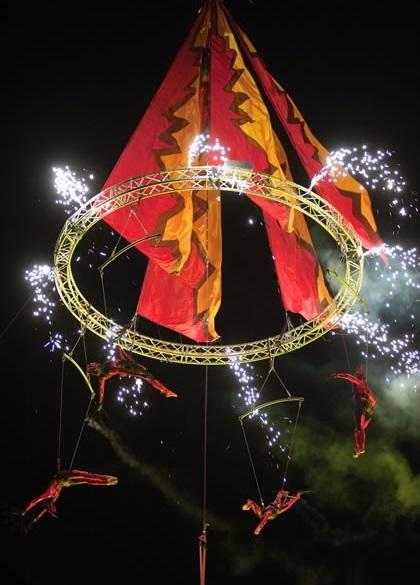 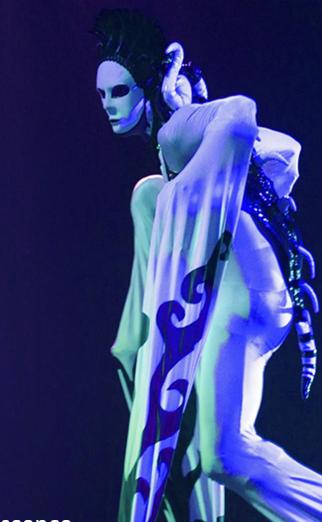 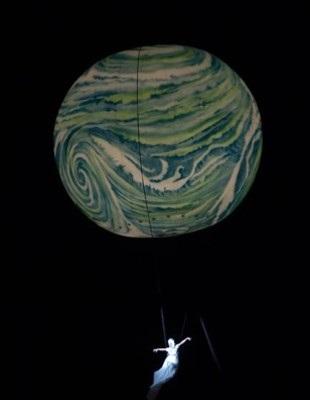 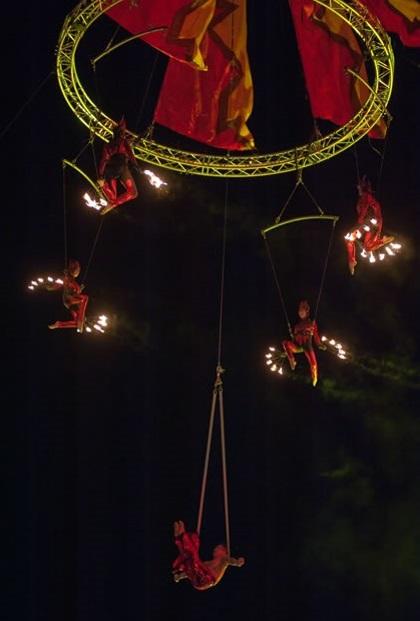 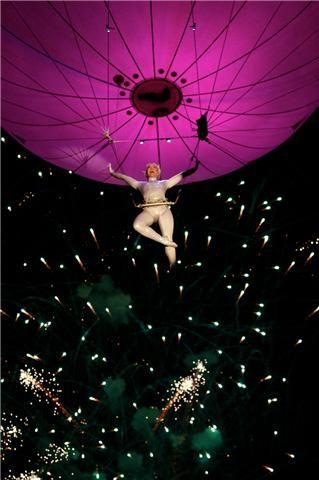 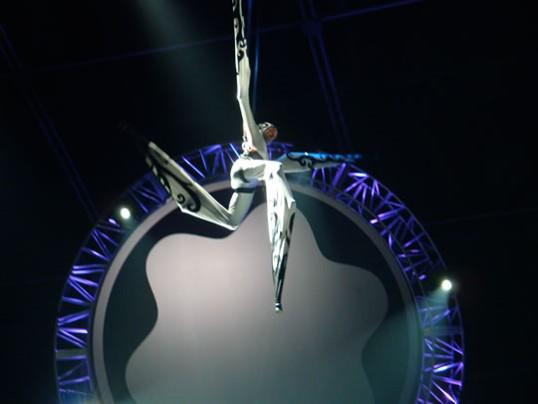 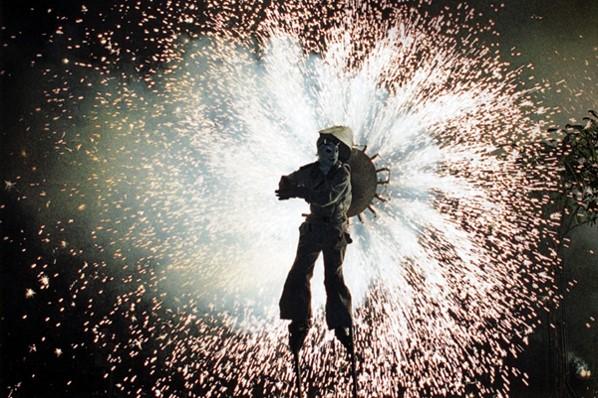 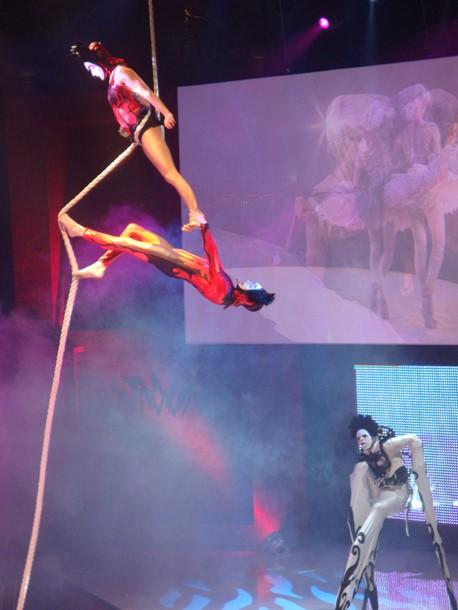 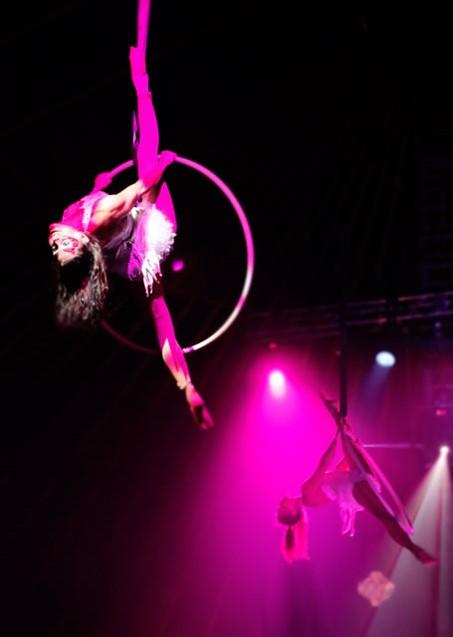 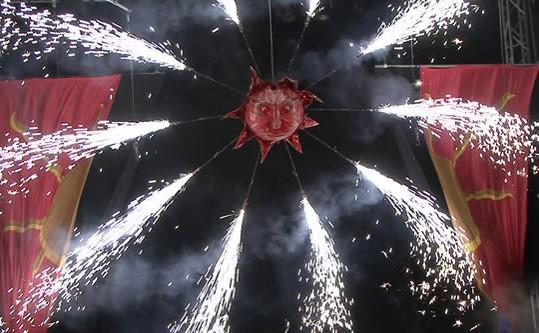 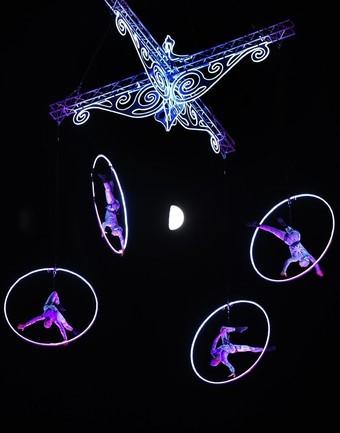