Gliding majestically past you on their astro-buggies (beautiful 1950s miniature dodgem cars), resplendent in their fine uniforms, the populace can rest assured that any alien threat will soon be under control, unless it looks dangerous or likely to mess up their hair.

A comedy character walkabout act called The Space Cadets. It’s two men in dashing 1950s sci-fi spacesuits driving around in beautifully preserved miniature dodgem cars. Their aim is to recruit new cadets and protect the populace from extra-terrestrial activity (of which there is more than you would think). But most importantly it is to look damn good whilst doing it all (of which there is less than you would think).

Lots of banter, silly stories and white knuckle pillion rides on the astro-buggies. Short ludicrous shows also available with this piece based on the history of flight.

The Space Cadets : Testimonials | Previous Clients | Book for your event

★ Hilarious entertainment that is guaranteed to make you laugh

★ These space cadets gliding majestically in their fine uniforms 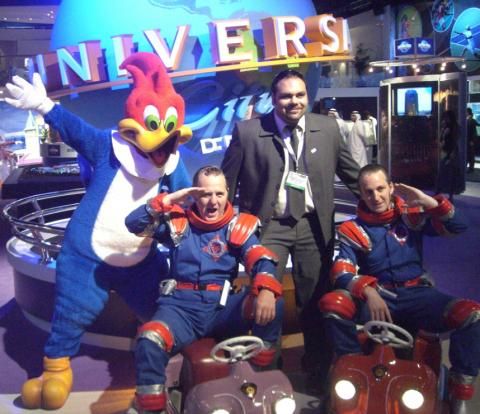 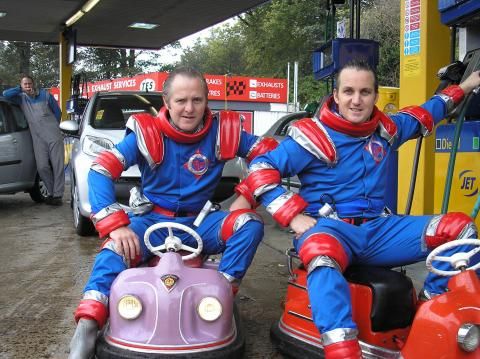 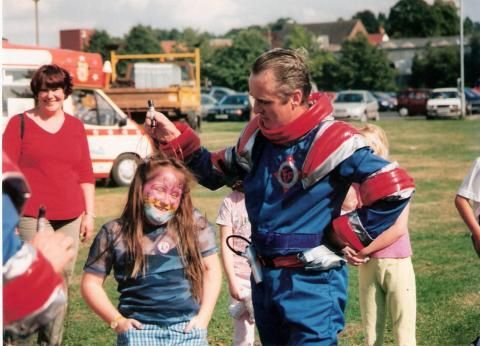 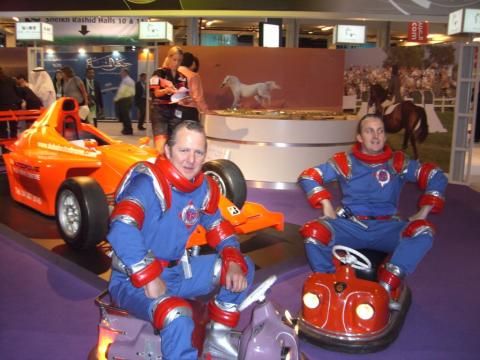 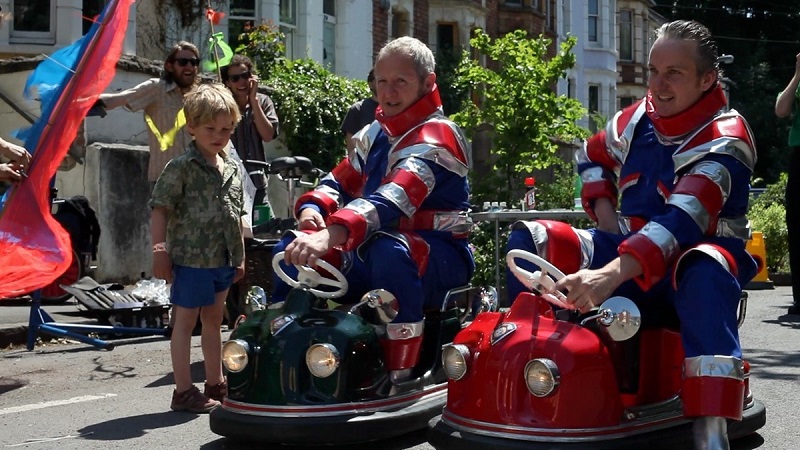 Any event would not be complete without Fair Play. Not only were they hilarious but professional and a joy to work with
UZ Productions