The Mary Lou Revue is a celebration of music, song and dance from the 1920s through to 1950s, with a few extra surprises thrown in. It’s a riot of Swing Jazz/ Big Band Classics, Music Hall numbers and Vintage Hollywood musical favourites.

Crooner Slim Ditty combines Rat Pack cool with Vaudeville style banter and physicality, while showgirl Mary Lou dazzles with tap, Charleston and swing dance moves. Mary Lou also takes to the mic as a pretty fine jazz singer too. Together, they have performed at festivals including Bestival, Wilderness and Glastonbury, as well as private functions such as weddings, anniversaries and birthdays.

The Duo specialise in working in Care Homes, leading song and movement sessions for residents and also put on very decent vintage sing-along nights in pubs, restaurants and clubs. The performances are highly interactive. Audience members are encouraged to sing along (often song sheets, props and costume bits are provided).

They have a multitude of costumes to suit the various eras covered in their repertoire, anything from Victorian Music Hall to classic Hollywood glamour. Marie-Louise is a Total Theatre Award nominee, Place Prize semi-finalist and a Dance UK award winner.

★ This act is suitable for all ages and any size event, venue or location 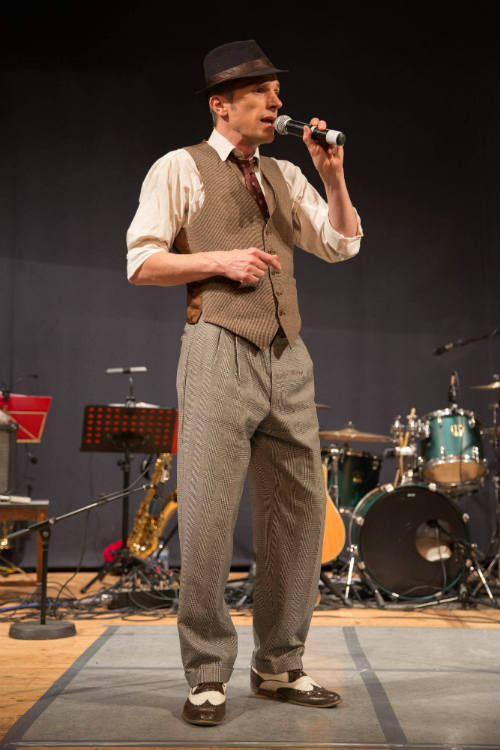 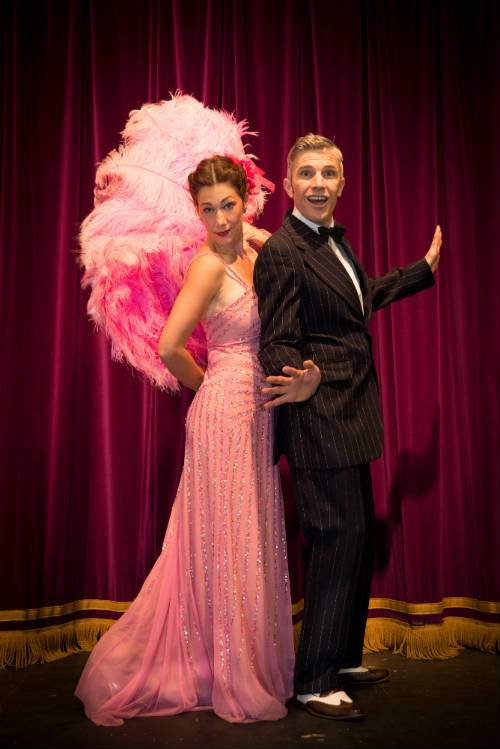 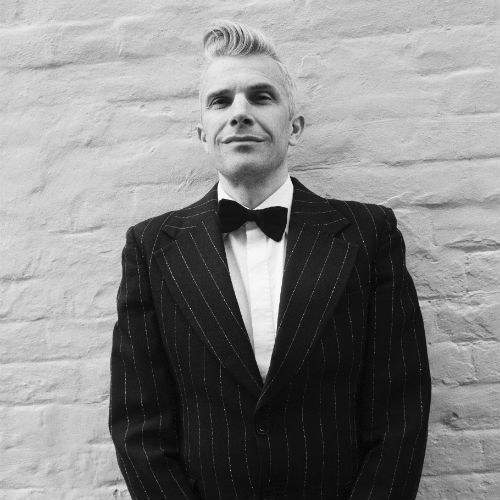 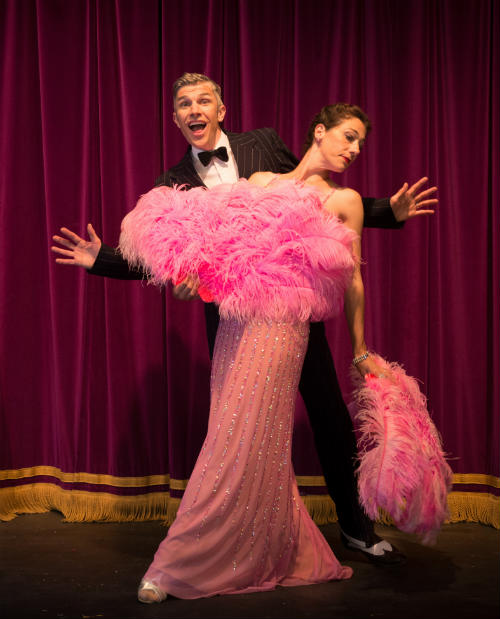 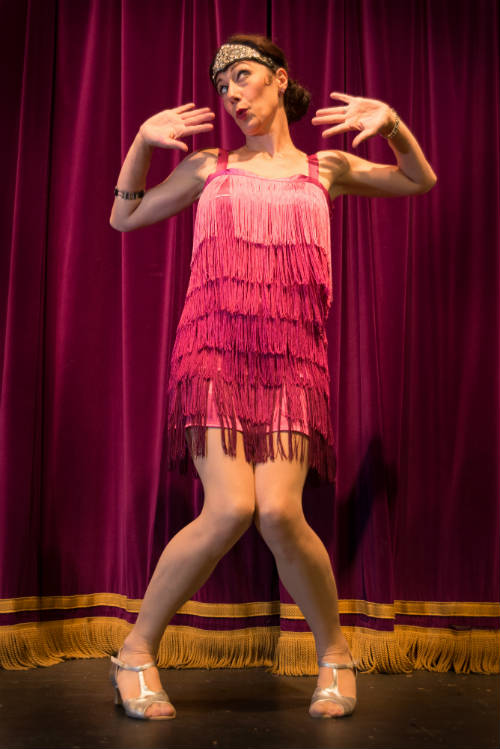 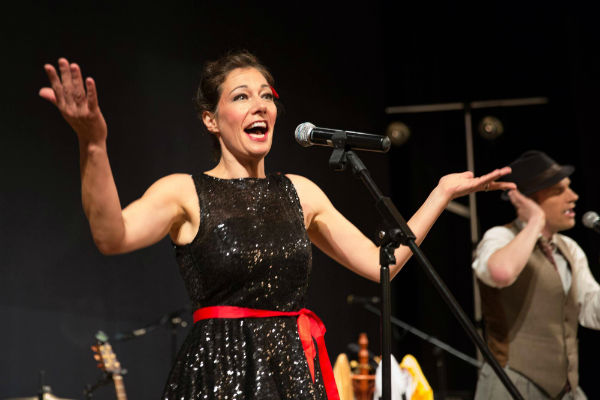 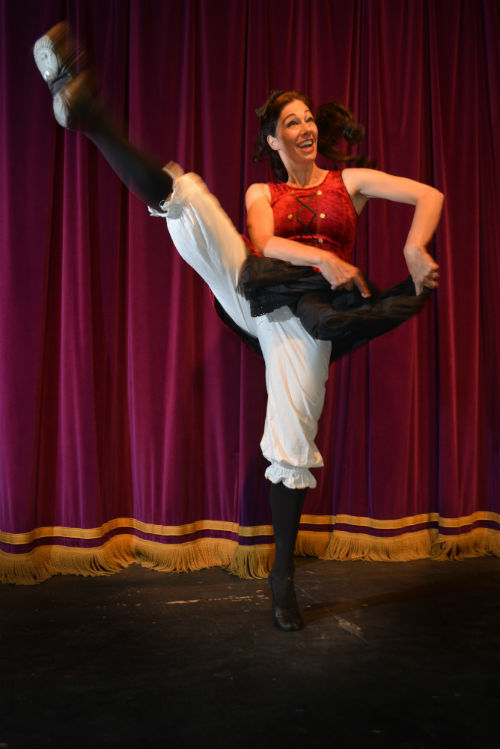 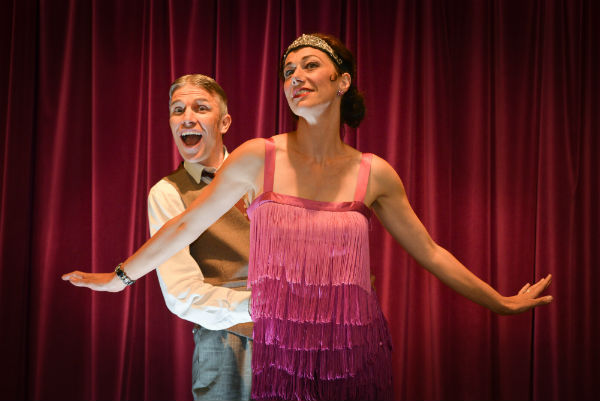 The Mary Lou Revue were just perfect for our wedding welcome drinks. We cannot thank them enough and our guests commented on how brilliant they were. It’s safe to say they were a magical part of our amazing day.
Hayley and Steve Bolshaw

Marie Lou Revue is a fantastic cabaret show. They are regular visitors to both Orchard House and many other Order of St Johns Care Trust residential homes across the SouthWest. Their varied act is a pleasure to watch, both Mary-Lou and Steve are very professional and accommodating and interact with both residents and staff, they are a fantastic show act, with a variety of songs and dance acts to suit all.They are on the preferred entertainers list for the whole of the Trust and are well respected by myself and others who are involved. I would highly recommend Mary Lou Revue to anyone.
Alison Adkins – Activity Coordinator/Dementia Lead OSJCT

The Mary-Lou Revue offers a fantastic selection of routines which incorporate dance, acting and singing, taking the audience a step back in time. The professional performers have worked with audiences of all ages at Witney Community hospital offering an audience centred, interactive experience for all to enjoy.
Angela Conlan – Arts Co-ordinator Creating with Care Witney Community Hospital

New York New York
Fly Me to the Moon
Witchcraft
Moon River
Let There Be Love
The Bear Necessities
I Wanna be Like You
Supercalifragilsticexpialidocious!
What a Wonderful World
That’s Amore
How D’ya like Your Eggs
Perhaps Perhaps Perhaps
Why Don’t You do Right?
I Get No Kick
Singin’ in the Rain
Come Fly With Me
Minnie the Moocher
Feelin’ Good
Mack the Knife
Lady is a Tramp
Let’s Call the Whole Thing Off
Dream a Little Dream of me
My Baby Just Cares for Me
Something Stupid
My Way
Que Sera Sera
Down at the Old Bull and Bush
Side by Side
Hello Dolly
When You’re Smiling
Bring Me Sunshine
Knees Up Mother Brown
We’ll Meet Again
White Cliffs of Dover
Show Me the Way to Go Home
Sweet Caroline
Delilah
Raindrops Keep Falling on My Head