The Herringbone Cocktail Club are the ultimate Roaming Band.

Unlike most acts of this nature, The Herringbone Cocktail Club come with perfectly balanced, wirelessly transmitted sound as standard. They can either bring their own speaker system with them or plug their mix, ready to rock, into whatever production may already be in place at a venue or event. No need for a stage and no need for one end of the room to get all the live music action! Two of the four members of the Roaming Acoustic Band work as professional sound engineers, so you can rest assured that the final product will be crisp and clean.

What this means is that you can have all the fun and interaction of a roaming act with the even coverage and volume that a larger venue often needs. The difference this makes to the atmosphere of an event is hard to overstate. Maybe you want the Roaming Acoustic Band to come in with a bang – walking into the room in full swing and instantly bringing the party? (Way cooler than any curtain “reveal”) Or maybe you want them to start off as background music but building up to a sing along later… all options are on the table with these guys.

In addition to their superior technical sound, their uniquely playful gypsy mashups of songs from all genres and eras will be sure to delight your guests and leave them wanting more. In the same set they might fuse Drake with Bob Marley or maybe drop a UK Garage medley that has a smattering of The Buena Vista Social Club thrown in for good measure! Their harmonies and musical arrangements are as tight as you would expect from four full time session musicians.

Oh yeah, and to top it off, they look like they’ve been plucked directly from central Dublin (circa 1920) where they were happily busking in their tweed suits…

With previous clients such as Microsoft, Mars and BMW and with considerable experience playing at larger corporate venues such as The ExCel and the Sky Gardens, The Herringbone Cocktail Club know exactly what’s expected of them when the stakes are high.

★ No need for a stage and no need for one end of the room to get all the live music action! 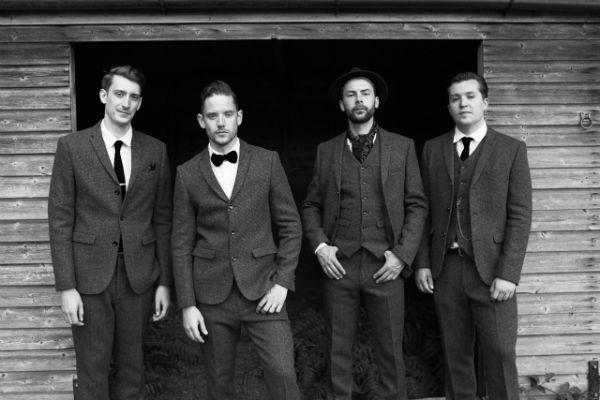 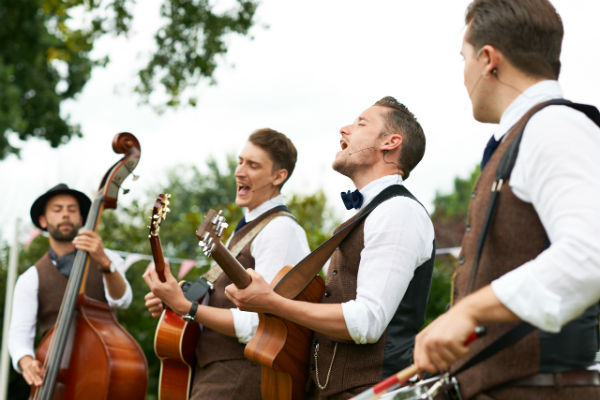 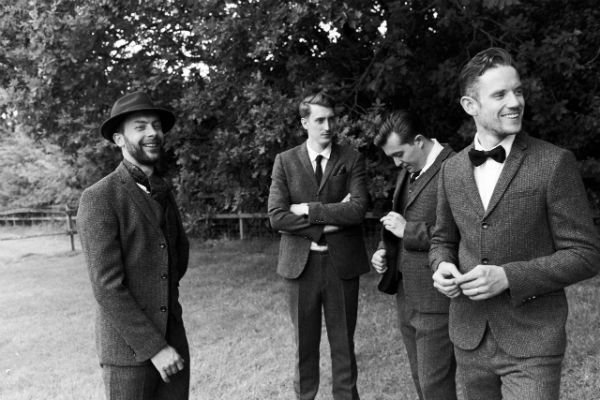 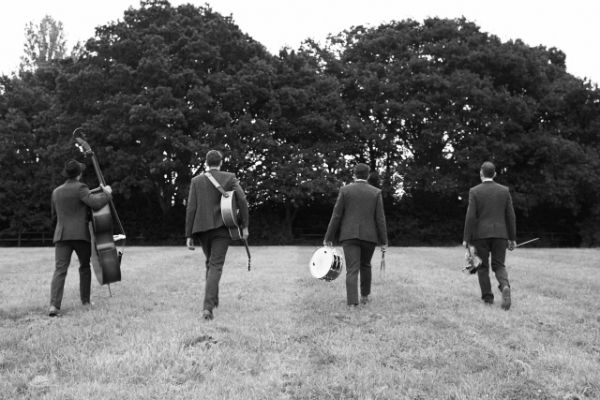 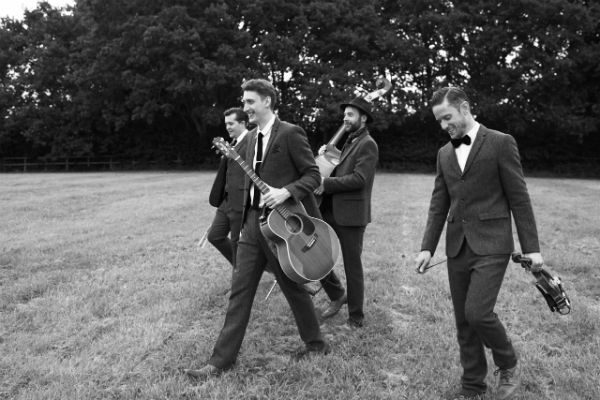 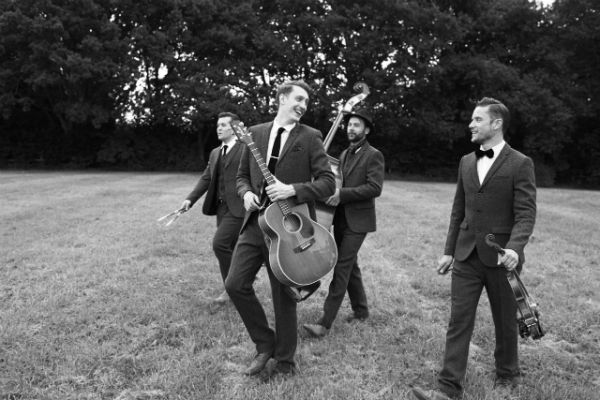 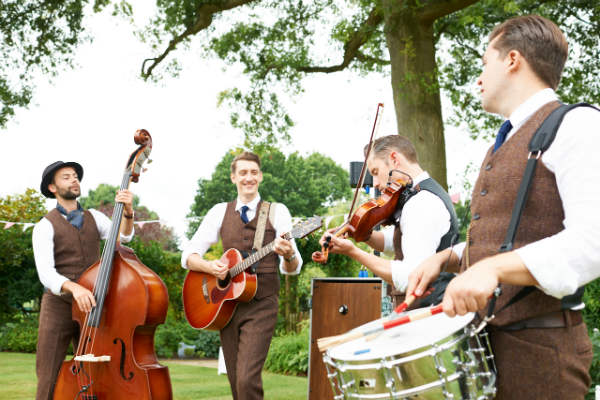 It was perfect – exactly what we were after. You guys set the tone for the whole event.
Microsoft

[The Herringbone Cocktail Club] were awesome! Everyone was asking how we found them! Their battery powered PA was perfect for the space too.
Mars

This is the act that every drinks reception needs! Their sound drifted absolutely beautifully out over the lawn for all to enjoy. They got the kids up dancing too. It really was everything that we hoped for and more; we’d recommend them to anyone in a heartbeat.
Private Client

Check out other Roaming Musicians