As a booking agent for Right Said Fred we can arrange for Right Said Fred to perform for your guests. Right Said Fred formed in 1989 by brothers Fred and Richard Fairbrass. They are famous for their popular hit singles “I’m Too Sexy” and “Deeply Dippy”.In previous incarnations Right Said Fred toured extensively in the UK and the US, performing and sharing stages with the likes of… Bob Dylan, David Bowie, Mick Jagger, Joy Division and New York’s progressive synth duo Suicide.

Fred, Rich and Rob had their first writing session and the outcome was ‘I’m Too Sexy’. Having blown all their money on demo-ing ‘I’m Too Sexy’ they played the rough mix to anyone who would listen hoping for some friendly advice from EMI, Warners, Sony, Universal etc etc etc, in fact everyone passed on the song. After months of frustration the boys played ‘I’m Too Sexy’ to an independent plugger who got lucky at Radio One with the producer of the Simon Bates show.

He played ‘I’m Too Sexy’ straight to air and the phones (thank the lord) went crazy and the discerning people of Great Britain had spoken. In 1991 ‘I’m Too Sexy’ spent 6 weeks at No.2 and approximately 4 months in the UK Top 10. The song spread quickly internationally and charted all through Europe. No.1 in 32 countries including the US where it spent 10 weeks at No.1 on the Billboard Chart! ‘Don’t Talk Just Kiss’ was the 2nd single which reached No.3 Christmas 1991. It also enjoyed a lot of chart success world wide including South America, Japan and was No.1 on the US Dance Chart 1992 ‘Deeply Dippy’ was the 3rd single and Right Said Fred’s first UK No.1.

This was quickly followed by Right Said Fred’s debut Platinum album ‘UP’ which entered the UK album charts at No.1. The band toured and promoted for the rest of 1992 in the US, Japan, Australia and Europe. The ‘UP’ album sold in excess of 7 million worldwide. Right Said Fred were awarded 2 Ivor Novello’s for ‘I’m too Sexy’ and ‘Deeply Dippy’ plus a Brits nomination. Heavenly Records artists Saint Etienne, The Rockingbirds and Flowered Up record a Right Said Fred tribute cd performing ‘I’m Too Sexy’, ‘Don’t Talk just Kiss’ and ‘Deeply Dippy’.

2015 – Right Said Fred delivered another Top 5 hit in the US, this is their 7th consecutive hit on their own label Promark on the US Club/Dance Charts. The British Comedy movie ‘Meet Pursuit Delange’ was released in 2015 release along with US Comedy/Horror movie ‘I Had A Bloody Good Time At House Harker’. Fred and Richard have wrote and recorded songs for both films as well as appearing in ‘Meet Pursuit Delange’.

Contraband is the UK’s top booking agent, with friendly, knowledgeable account managers who guarantee you the best deal possible. Contact us today if you would like to book Right Said Fred to be the headline of your event! We as your booking agent are more than happy to help you create the most memorable moments with Right Said Fred. 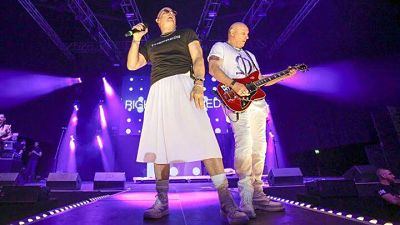 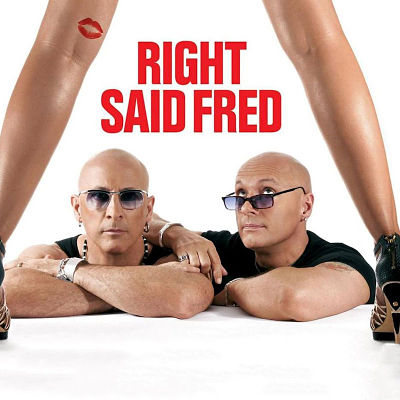 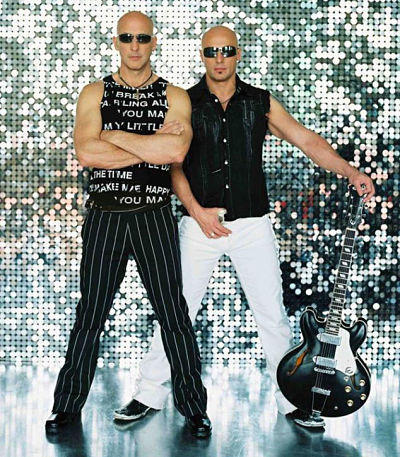 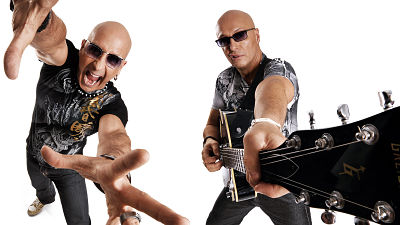