Paul Hardcastle Jr has proven himself to be one of the U.K’s most Exhilarating and sought after Live Saxophonists for Events & Studio sessions Internationally.

Paul possesses a #1 position on the USA’s billboard chart, has Performed Saxophone on a Grammy nominated Album and has Performed Live in over 22 countries.

Paul’s career started as a Live Performer at just 16 years old when he began Performing in Londons Nightlife Hotspots each weekend, before then adding Performing on an International basis by the age of 18 to his resume.

Since then, over the last 10 years, Paul has worked with Globally renowned DJ’s, Luxury brands, Celebrity Events & at Grandeur International Events regarding both his Performance and Event management expertise, not to mention having had multiple residencies in Ibiza in some of the most Famous Night Clubs & Chill Out Venues the world has to offer.

“The Exclusive” is currently being Performed in the UK & Internationally for a wide range of clientele due to the fact Paul is a versatile Musician & Performer who has spent may years refining his Performances & Music repertoire.

Away from Performing, Paul has also seen commercial success where his Saxophone Recordings, songwriting and Music Production ability is concerned.

Paul Sr, who has had a Professional career of over 35 years as a Music producer selling over 5 million albums who began his own career in the Music industry with his good friend and newly appointed manager, Mr Simon Fuller, who went on to manage the Spice Girls, Lewis Hamilton, Andy Murray, The Beckhams & S club 7 to name a few.

Paul has been lucky enough to have been mentored by some of the best Musicians & Entertainment managers around and is currently & continuously working to improve his Performances, Producing Live Events, Songwriting & Producing Music. 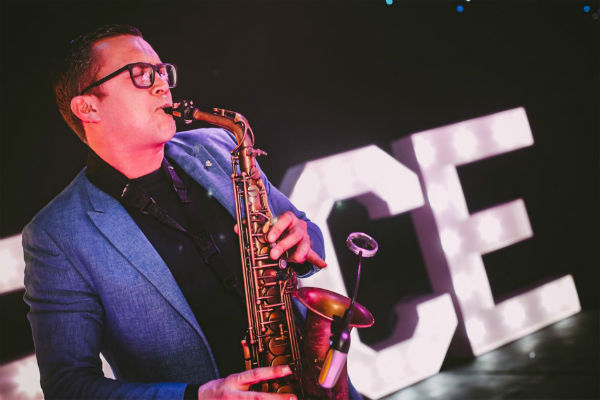 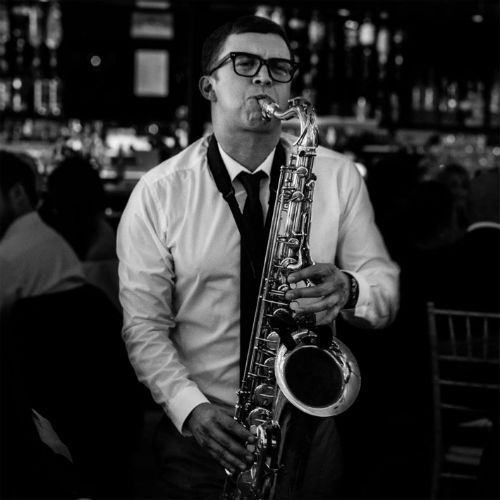 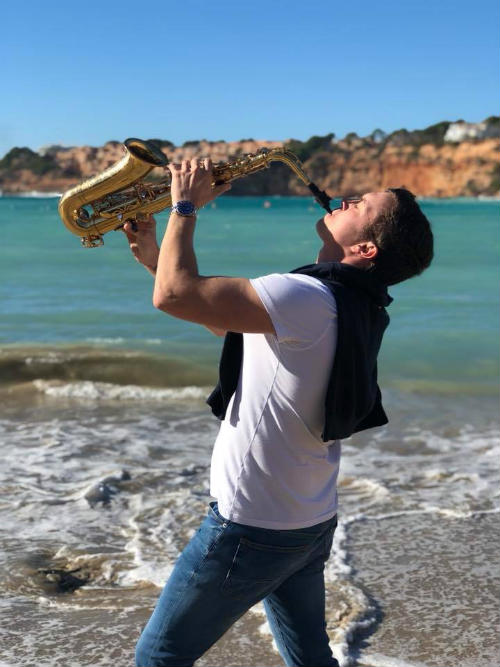 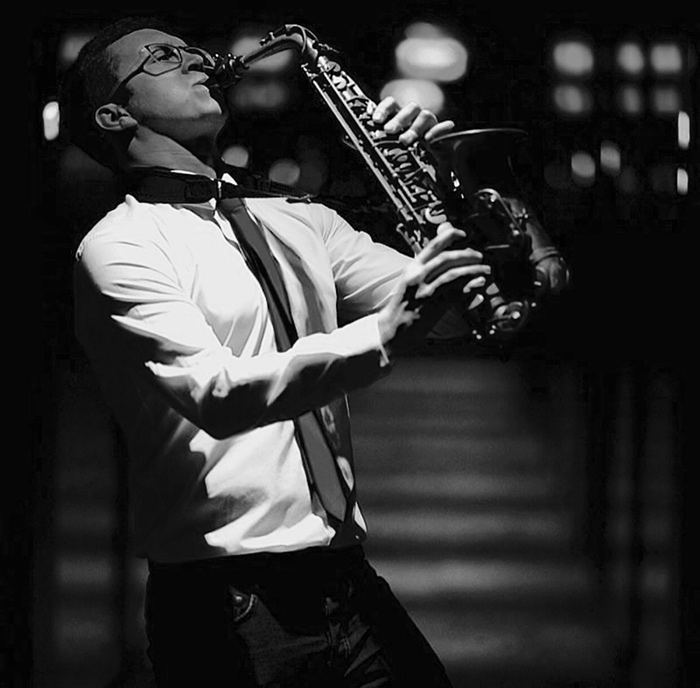 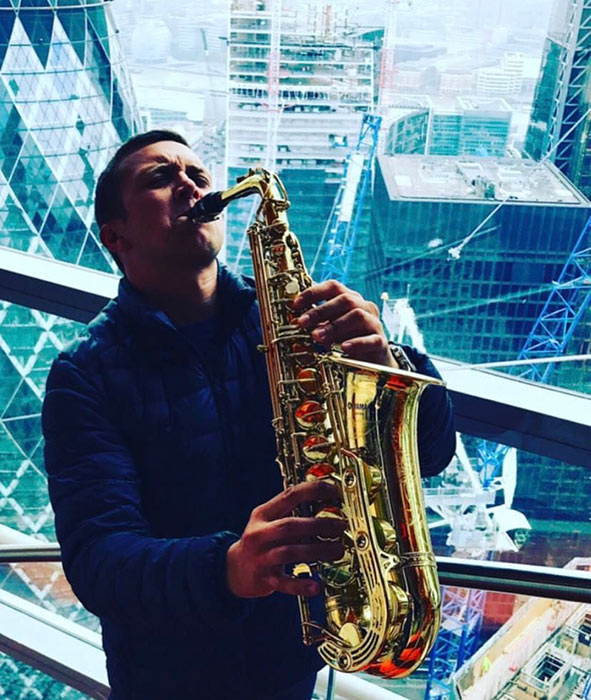 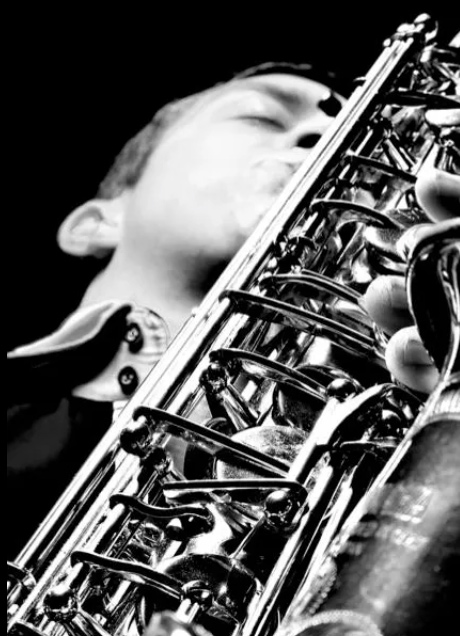 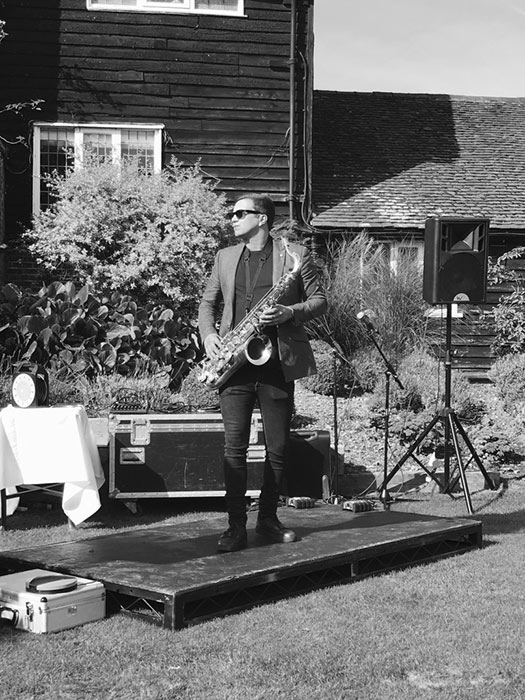 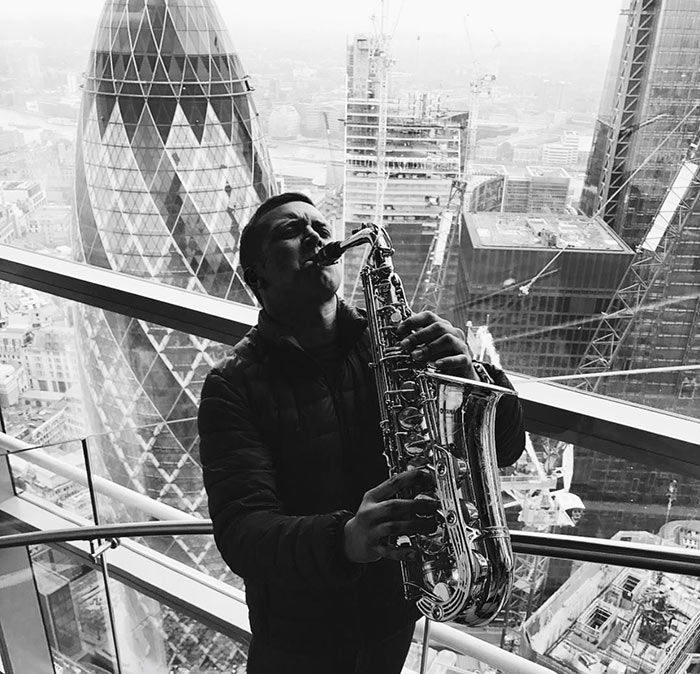 ‘As a company we always try to partner with the best musicians within their field, we are proud to be associated with Paul – Paul is one of the most talented saxophonist we have worked with. Paul is reliable, friendly and extremely versatile – he was just comfortable playing over the House set as he was 80’s. Paul confidently engages with the audience and we ALWAYS receive great feedback from the crowds he plays for.’
Rob – Event Music Services
​
‘I have had the pleasure of hiring Paul’s services on numerous occasions over the years for the iN Magazine Christmas parties and PPS events, and he has never let us down. He always manages to pull it off with his energy and enthusiasm, and his incredible talent always leaves my crowd in awe of him. Total professional and I cannot recommend Paul enough.’
Andy Hopkins – Director – iN Magazine & Pioneer Print Services
​
​‘I have had the pleasure to work with Paul over many years and always found him very professional with a raw talent on the Sax.. He is a genuine nice guy and always polite and helpful with the clients. I look forward to working many more times together in the future..WL.’
Wayne Lineker – Owner Linekers Bars and Ocean Beach ibiza
​
‘I’ve known Paul H Jr for many years, and have had the pleasure of working with him on many occasions. He has great talent and always added a certain class to our performances with his enthusiasm and skill.
I would have no hesitation in recommending Paul H Jnr for any future projects.’
Brandon Block – DJ – Ibiza Legend
​
​‘Paul Hardcastle Jr – a genius! His talent with that sax is mind boggling. I love playing alongside Paul as he really is one of the top guys in his field. It helps that he’s a top bloke as well!’
Luke Burr – Singer/Songwriter/Performer
​
​‘Paul has played sax on a number of gigs with myself and my Martin Bell All Star Band, made up of some of the best session guys in the UK. Paul is class! Great player and looks great on stage too. He has a real style about his playing and fits perfectly into any music genre. Look forward to our next gig together.’
Martin Bell – Songwriter/Live Band/ Vocalist
​
‘Hey Paul myself & Stephanie would just like to say Thank you so much for playing at our wedding your set with Luke burr through our wedding breakfast was amazing & then when you joined the band on stage it really topped of the evening Thankyou once again we can’t wait to watch you again soon.. it really did make out day!! All the best Stephanie & Tony Roberts X’
Tony Roberts – Singer/Producer & Talent Scout
​
‘Almost a week after the event, and we’re still hearing from our guests, of all ages, who cannot say enough about how good your set was. You had everybody up on their feet and the floor was full from start to finish. It was certainly one of the highlights of what was a truly amazing night for all. Cant thank you enough Paul!’
​Teens Unite Cancer Charity

Check out other Saxophonists & Flutists