The joyous lyrical subtleties of Ricky’s sitar playing combined with the rhythmic virtuosity of Jon’s tabla playing has delighted and uplifted audiences at corporate events and private functions. Their Tabla and Sitar musical improvisations inspired by traditional melodies evolve from slow beginnings and unfold into complex rhythmic interplay. The emotional responses that they create evoke haunting atmospheres that are captivating, exciting and magical.

Jon & Ricky have been performing Indian Music (Tabla and Sitar), together since 2001. They have a reputation for their dynamic on stage rapport and their engaging and accessible performances.

Ricky has been playing sitar for 40 years, and Jon has played tabla for 20 years. They have performed Tabla and Sitar music together at festivals and cultural events throughout the country and were selected performers at the National Celebration of British Asian Live Arts in 2008.

Standard Length of the Tabla and Sitar Performance:
Usual concert is 2 x 45 minute sets. Can be extended up to 3 hours with breaks.

★ Have delighted and uplifted audiences 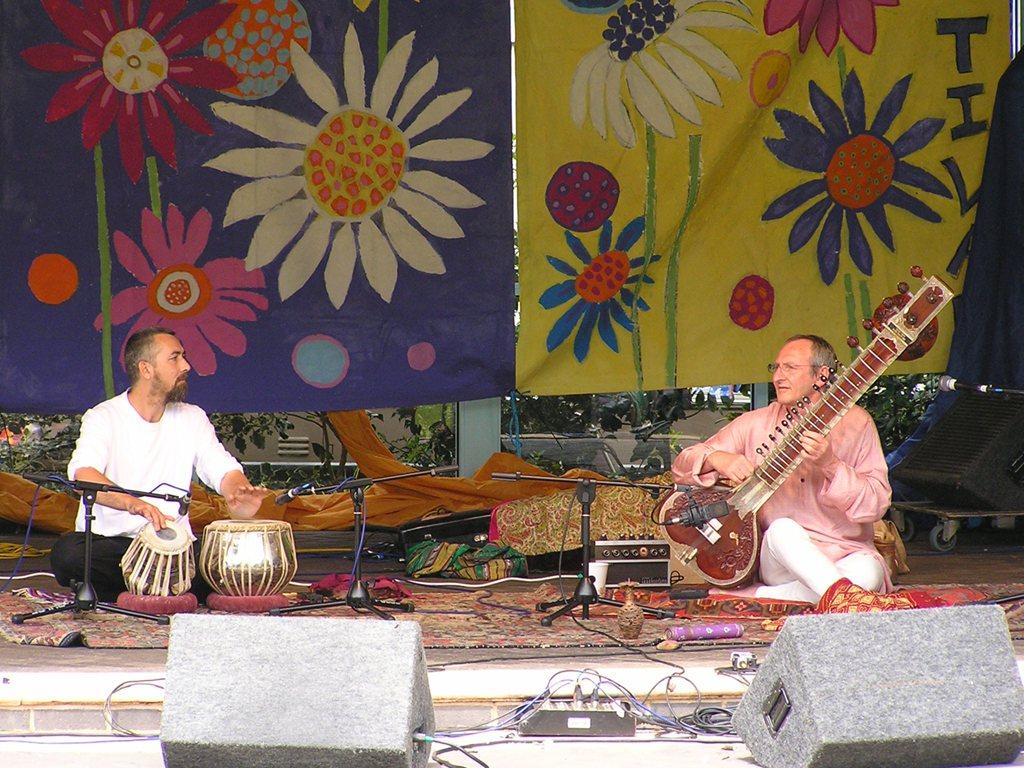 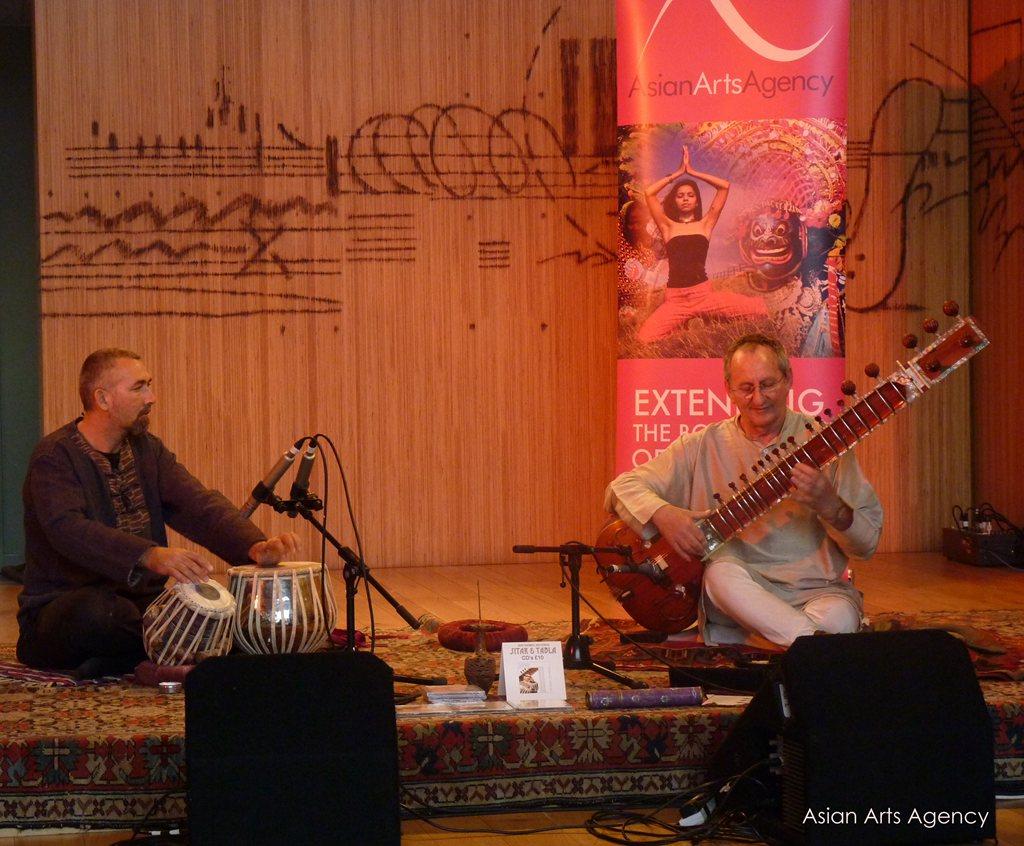 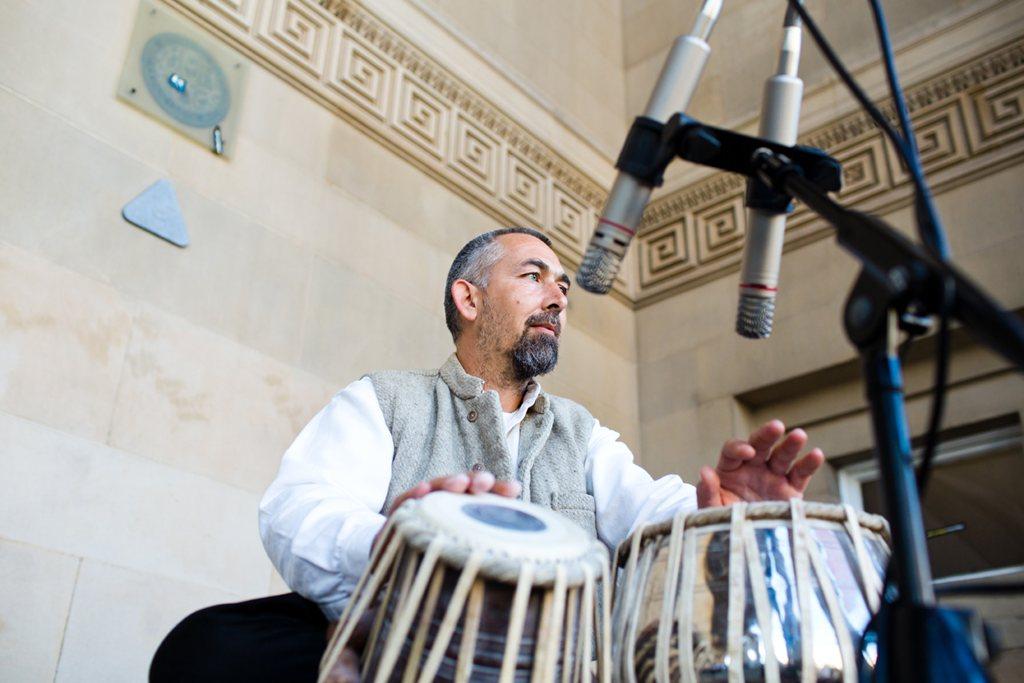 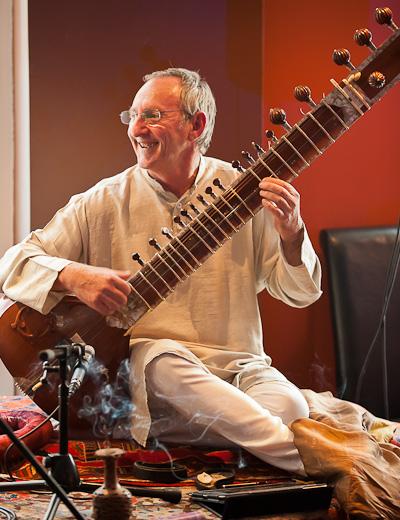 . . .The brilliant sitar of Ricky in duet with Jon’s tabla wizardry was a first class example of musicians “playing off” each other, their evident joy never becoming indulgent, and never compromising the aims of the music. . . .
BBC Radio 4

It was a treat to listen to Jon and Ricky on the tabla and sitar respectively. Jon and Ricky gave a short but superb introduction to Indian music, explained some of the difference between western and Indian styles and captivated the audience later with the rendition of the Bhairavi raga in Vilambit, Madhya and Drut tintaal.  Jon and Ricky engaged very well with the audience providing a thrilling performance and deserving the rapturous applause they received at the end.  I am looking forward to hearing them again soon!
Hampshire Indo British Society

Talented percussionist Jon Sterckx was outstanding on tabla, and a longer solo from him would have been welcome.
Frome Festival Review

…the near capacity crowd enjoyed an evening of spellbinding music, which the majority had never heard live before. The reaction of seemingly everyone present was overwhelmingly positive…a superbly atmospheric and fascinating evening’s entertainment which delighted everyone present.
Ilminster Arts Centre

Your performances were truly mesmerising
University of Exeter

… Brilliant music and you are a great duo!!
Pierian Centre

I just want to say a hearfelt thanks for the truly beautiful experience you provided yesterday. The wonderful interaction between you, the intricate rhythmic compexities, and the amazing progression of the Rag from contemplative stillness to frenetic joy will never be forgotten. I am greatly looking forward to hearing you both again and will treasure the CD.
Lyme Regis