This aesthetic and expressive show features breath-taking tricks at the highest level. Be fascinated by the strength and the beauty and enjoy their unique and stirring performance. They offer solo and duo performances. All their acts are ready to be performed, but if required they can be adapted to match your specific event. This show is perfect as corporate entertainment.

As a world champion duo in the German Wheel, we present artistic shows at the highest level. Tricks in the wheel are combined with acrobatic elements. An interplay of gender, powerful male and female elegance! Dynamically the artists melt together, they move in one wheel or synchronized in two wheels. The constant movement creates spectacular choreography’s with constantly changing impressions. This can also be booked as a solo act.

It is fascinating – as if by magic the artist circles the wheel. It takes astonishing precision and balance to keep it in constant motion. The Cyr Wheel has an amazing visual appearance which the artist can twist, balance and pose in the most enthralling ways. This is a spectacular and expressive show at the highest level, which enthrals the audience.

A new, exciting and unique show! Never seen before like this – the combination of a spectacular and expressive Cyr Wheel performance with the elegant and beautiful movements in the Aerial Silks. Two artist, two different disciplines; combine into one overwhelming show act. Starting as duet on the ground, separate to perform in Cyr and Silks and reunite together in the air – the show fills the whole site, a perfect act for major event.

Each show lasts between 4 – 8 minutes depending on the clients requirements. 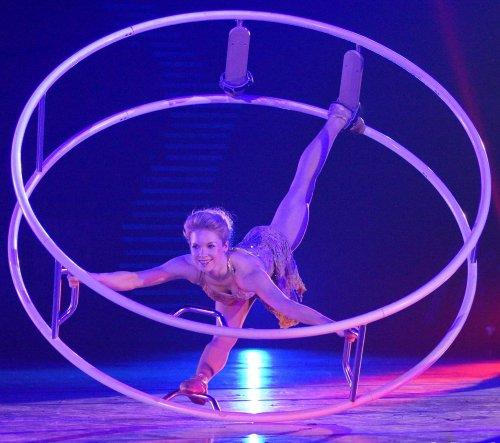 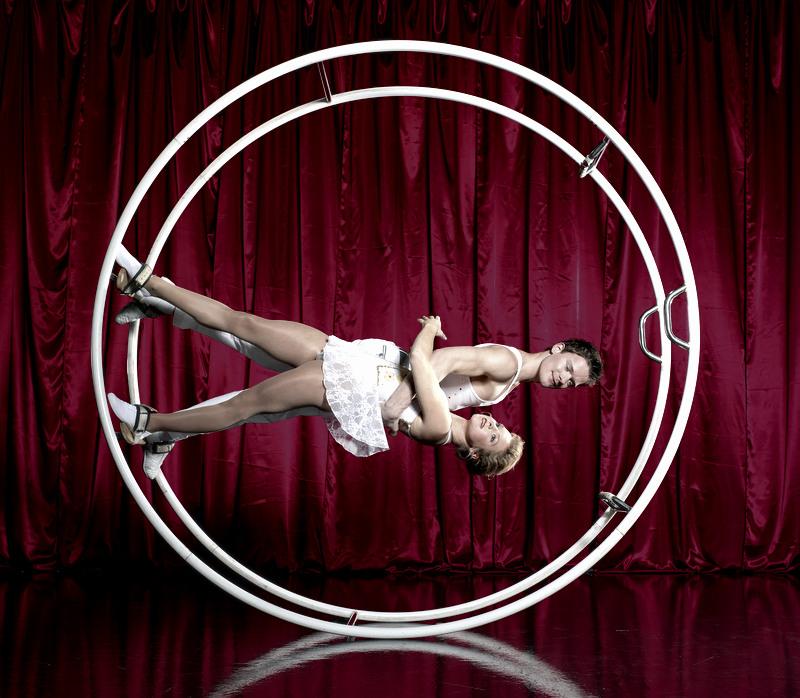 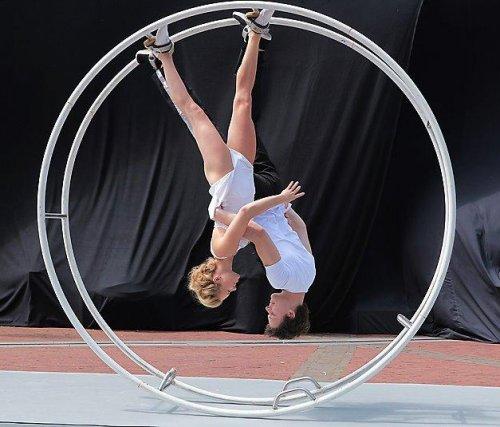 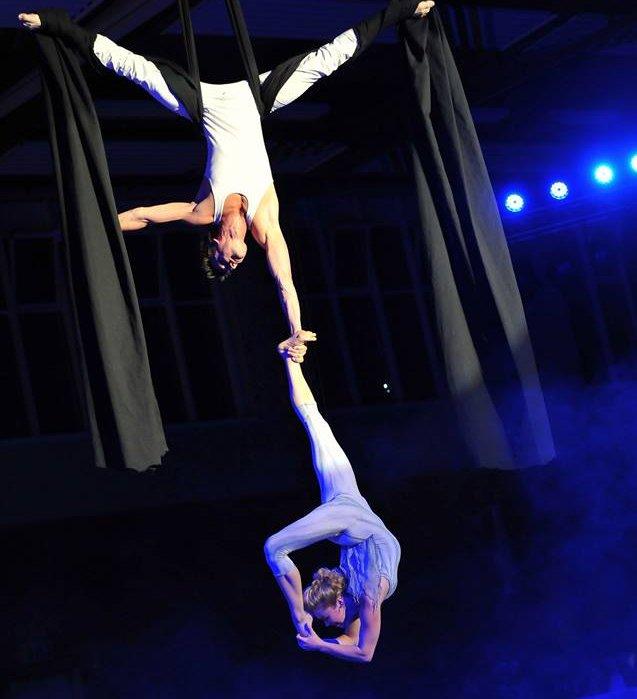 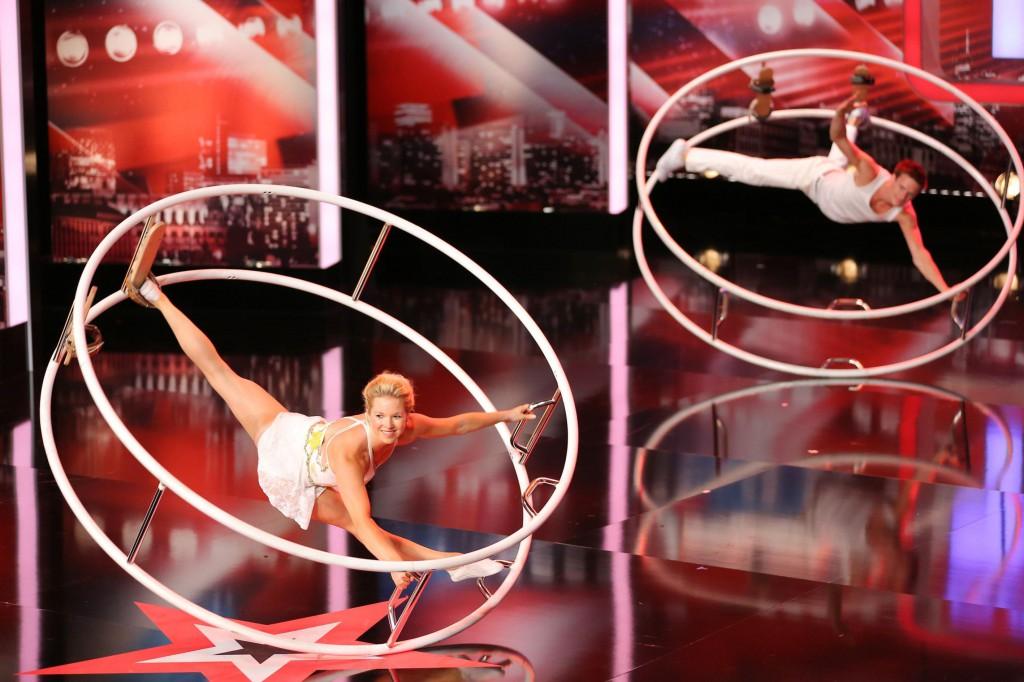 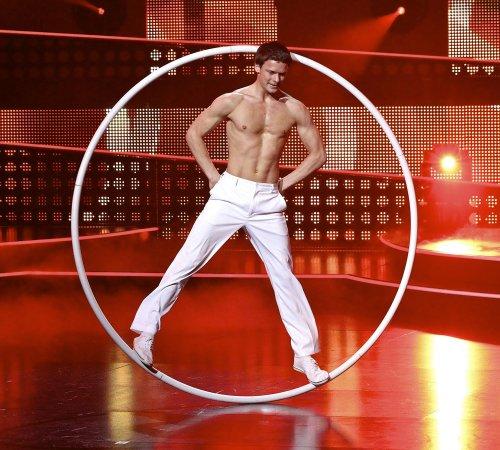 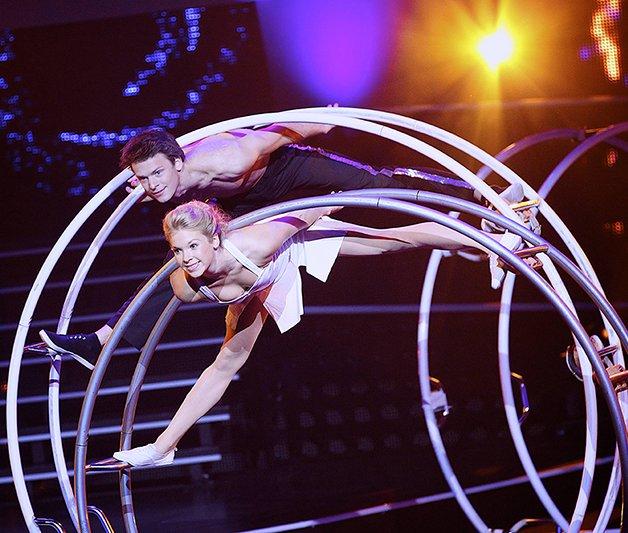 Harmonic and touching, a lovely duo, like Romeo and Juliet
Beat the Best France