Back in 1991, with a St Albans and Leicester Art school background, George launched his caricature career by drawing weekly caricatures for TV Times and then took his talents to live events, where he amazed crowds with his lightning fast caricatures and shocking likenesses! George quickly became popular and in 2005 he was picked to draw on his first TV show; The Paul O’Grady Show, which led to The One Show, Today with Des & Mel, The Money Programme, Coach Trip and more recently Blue Peter in 2016!

George draws standing up, producing one caricature every 4 minutes on A3, which always amazes a crowd with his theatrics and showmanship. Together with his sharp wit and sharper dressing, he certainly stands out against his peers! He believes in entertaining punters. Never seen sat in a corner, he mixes, mingles and hops around your event, creating a buzz and keeping the entertainment LIVE. Weddings are a particular favourite, as you can’t beat the happy buzz of two families meeting, then taking the mickey out of each other!!

George has developed a unique drawing style and is proud to be published regularly in GQ magazine among others publications. With his digital vector style caricatures, he truly is unique and highly regarded worldwide! The most fun George has had during a gig was drawing in Amanda Holden’s hotel bedroom, for her Hen Party in 2008. His proudest moment was drawing BRAD PITT on the set of ‘Fury’ for his 50th birthday caricature from the crew. It doesn’t get much more star-spangled than that!!

Add a little celebrity stardust to your event and book George.

★ George will bring your event to life!

★ Has worked for prestigious clients 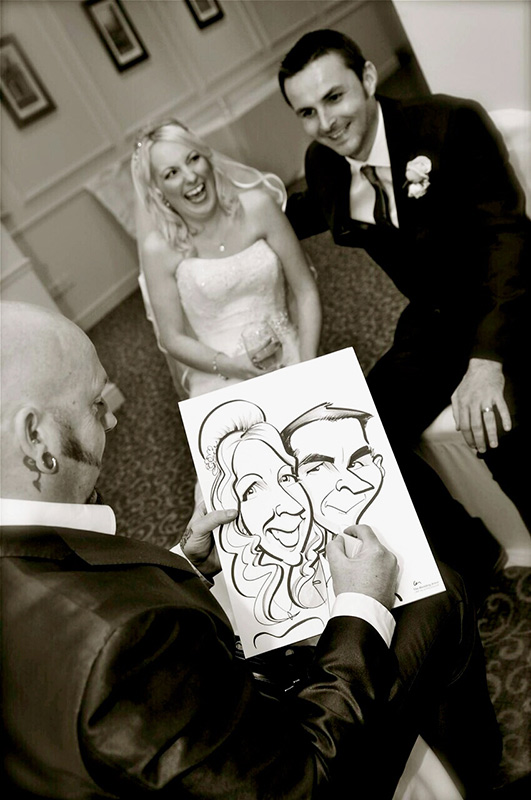 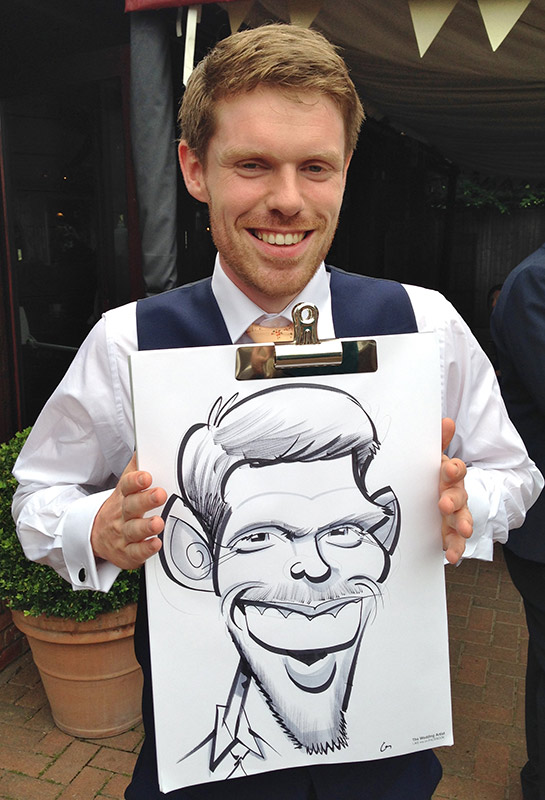 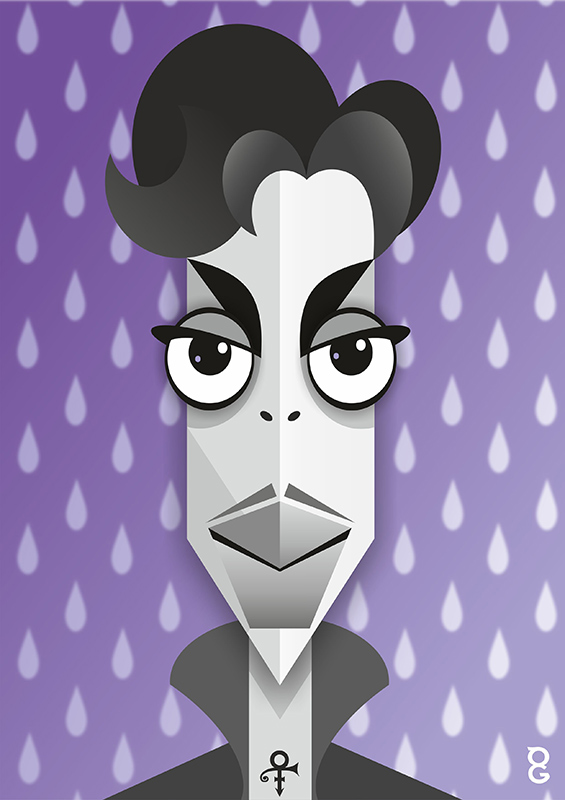 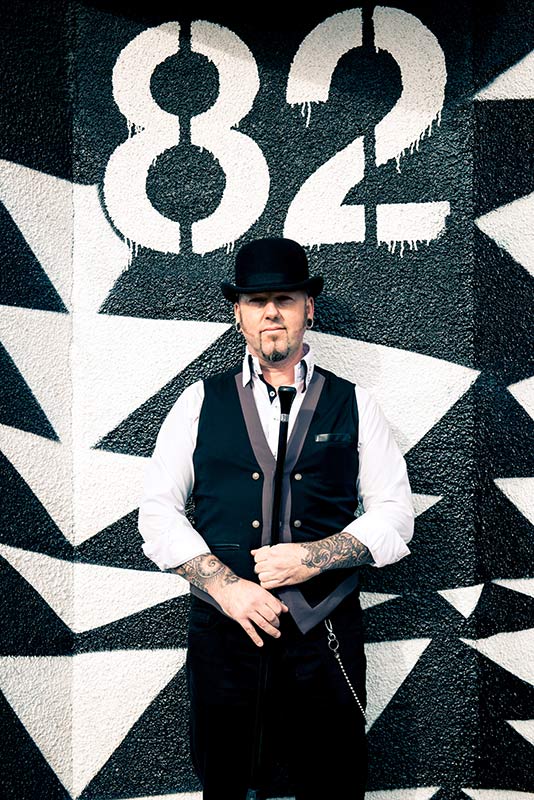 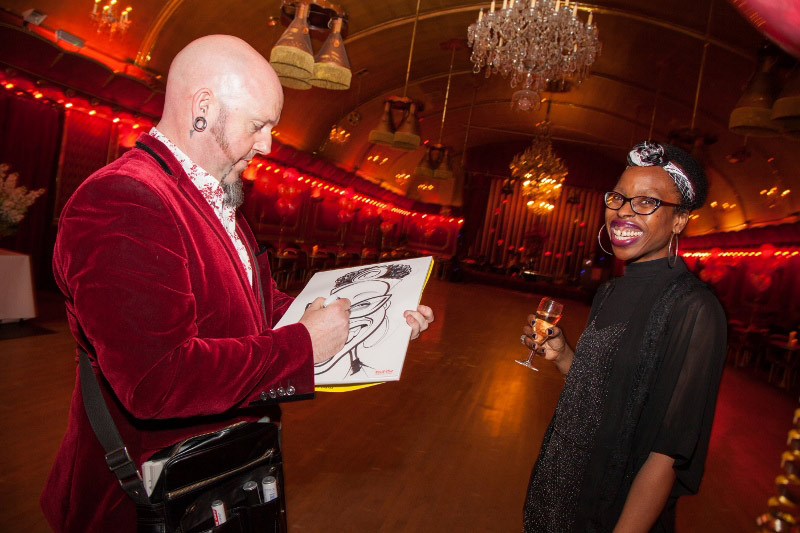 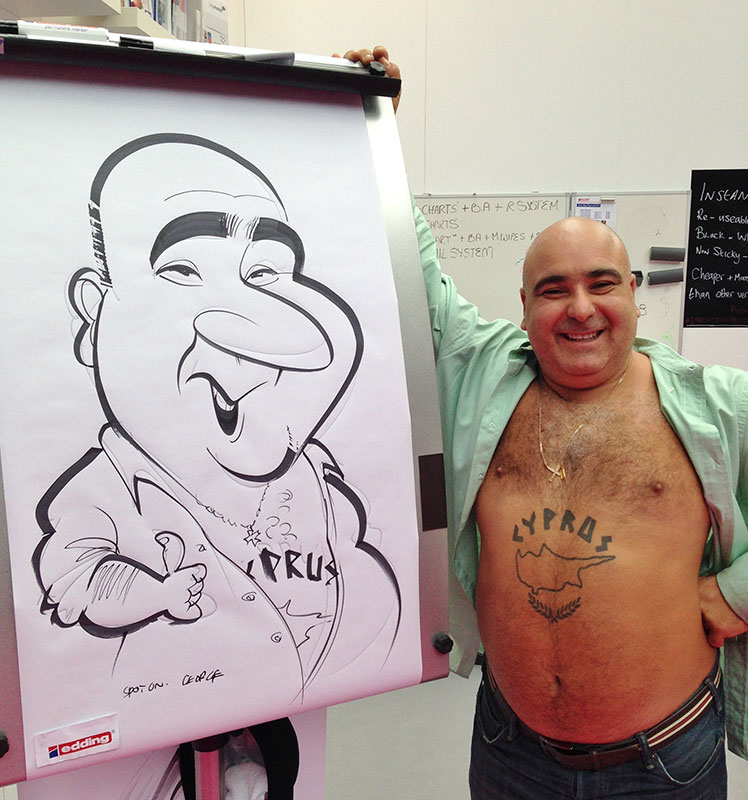 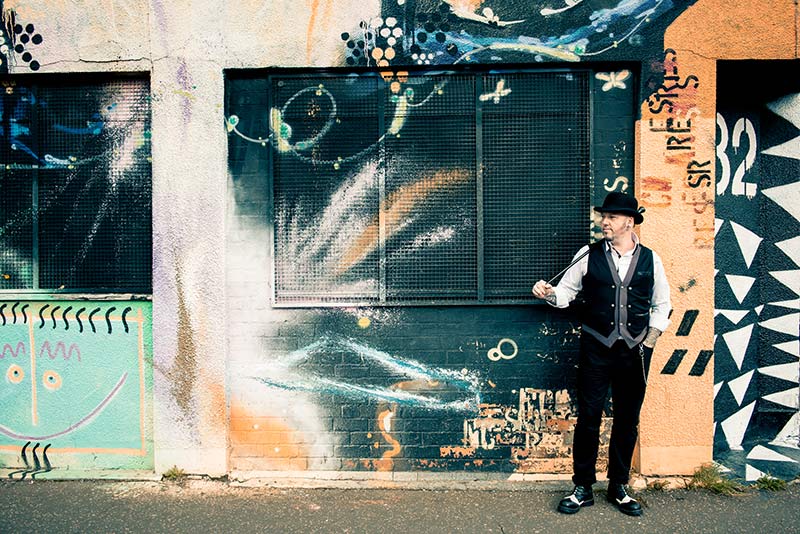 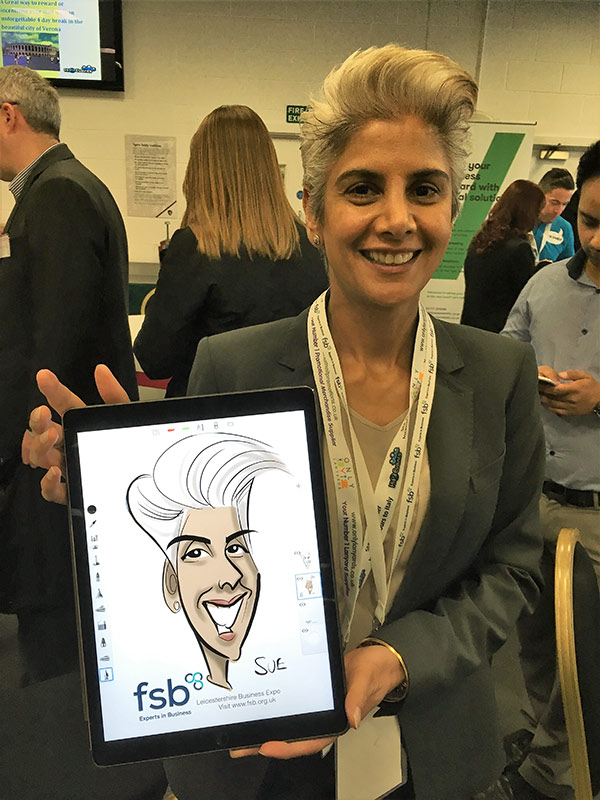 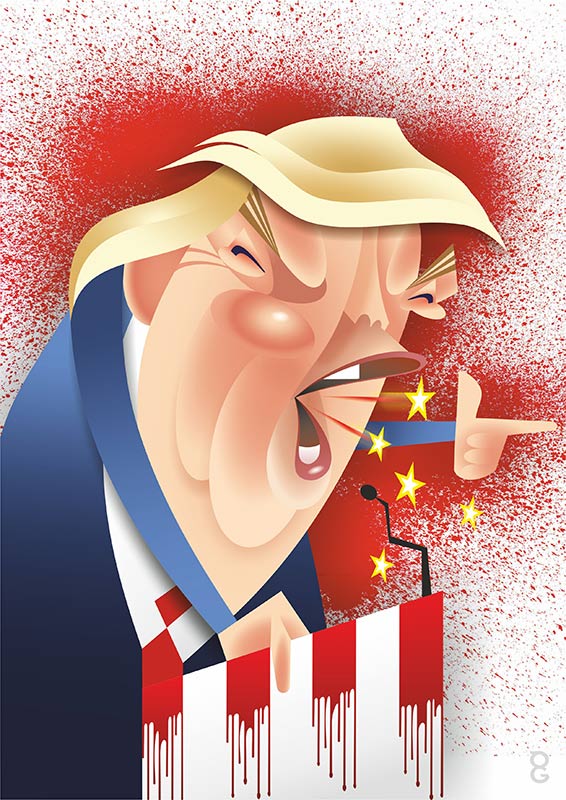 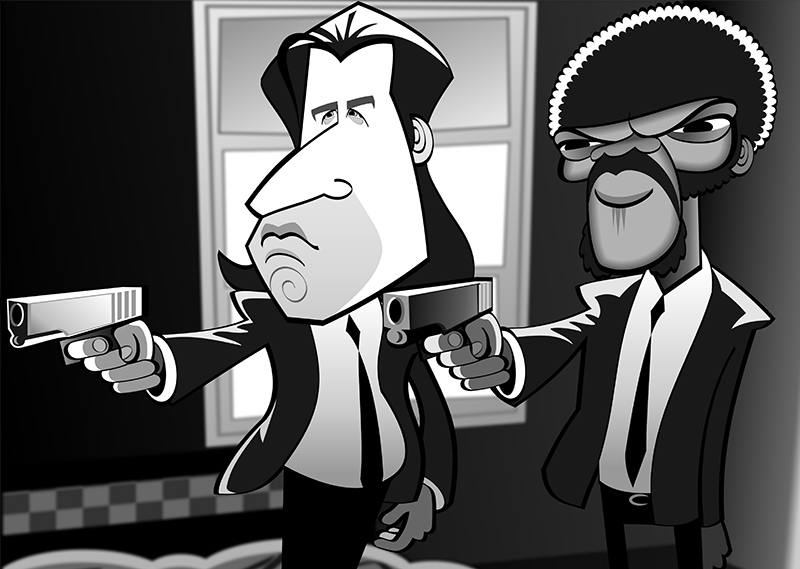 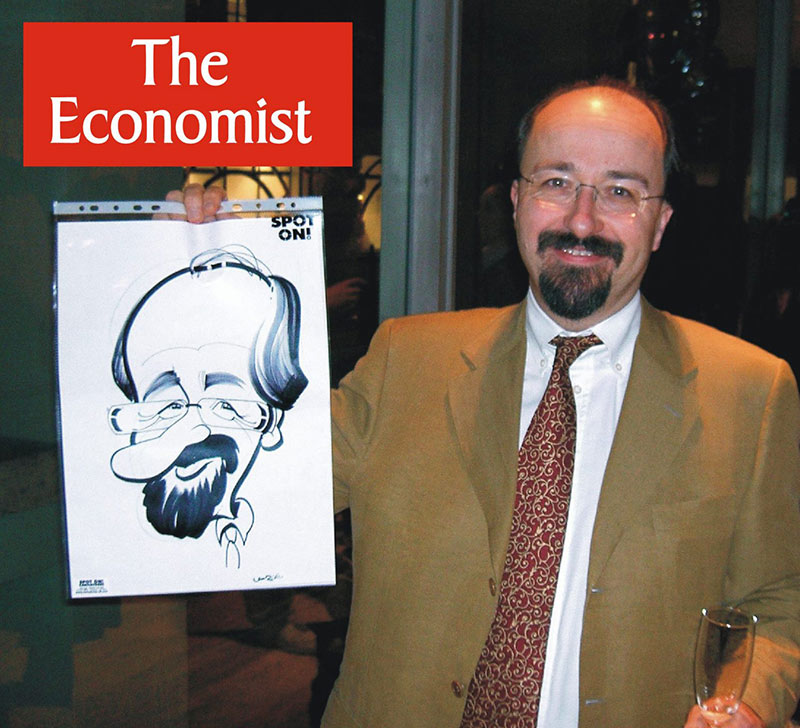 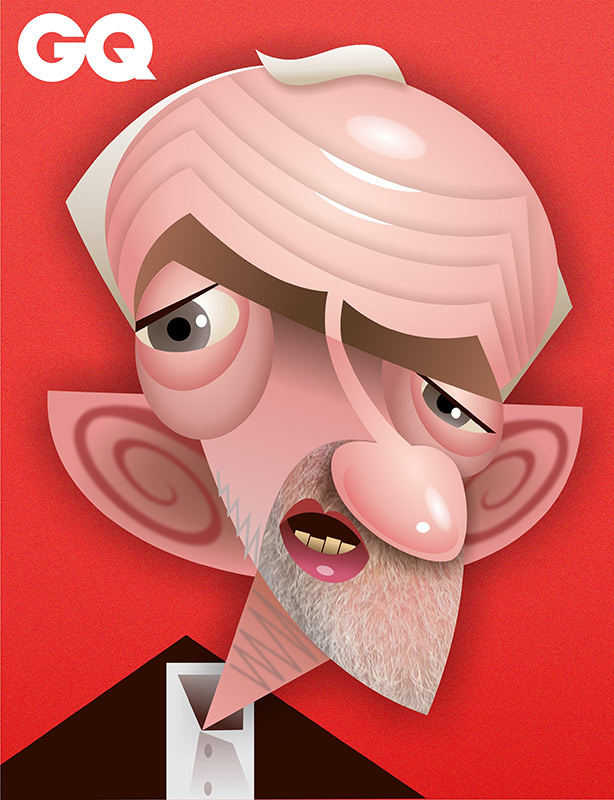 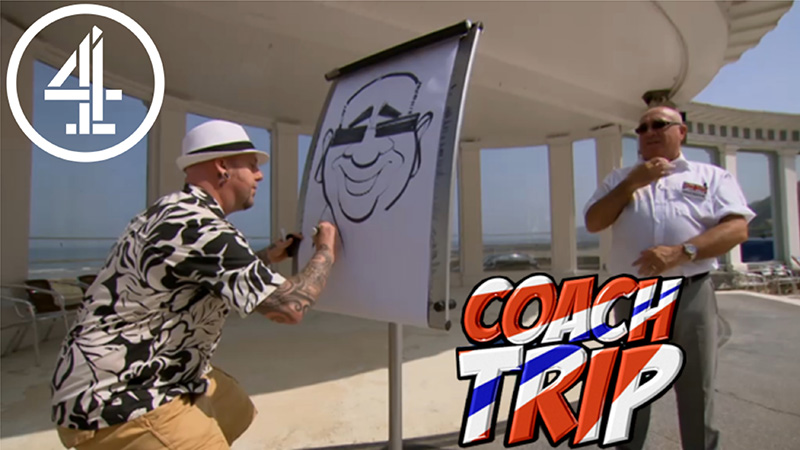 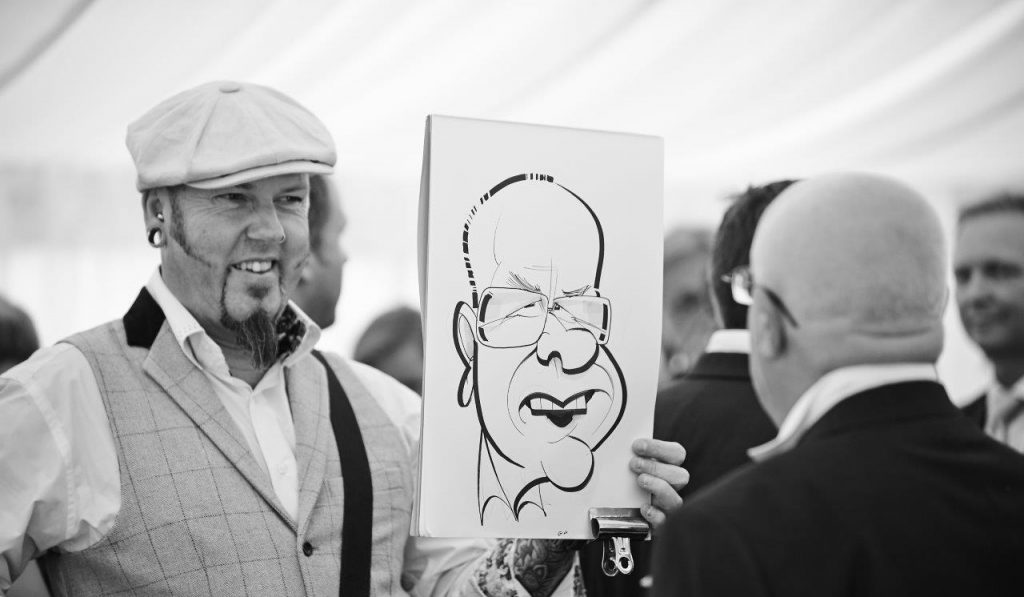 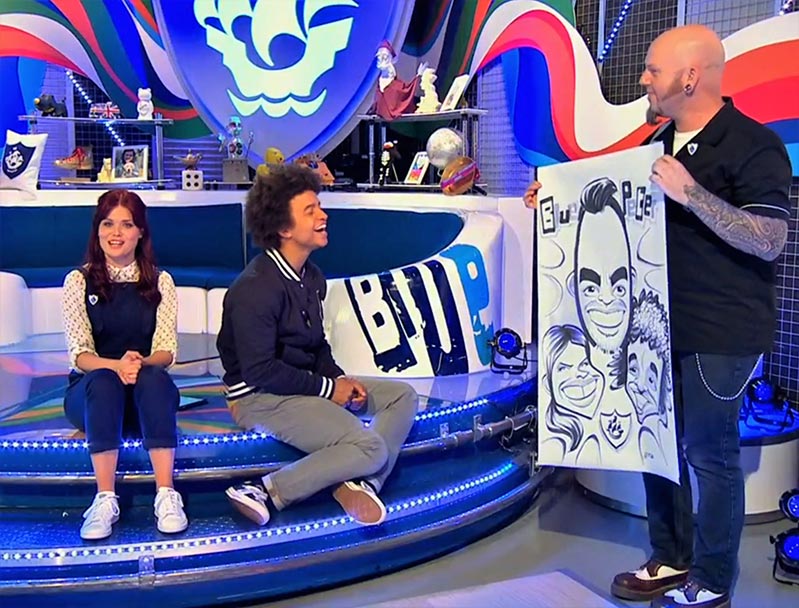 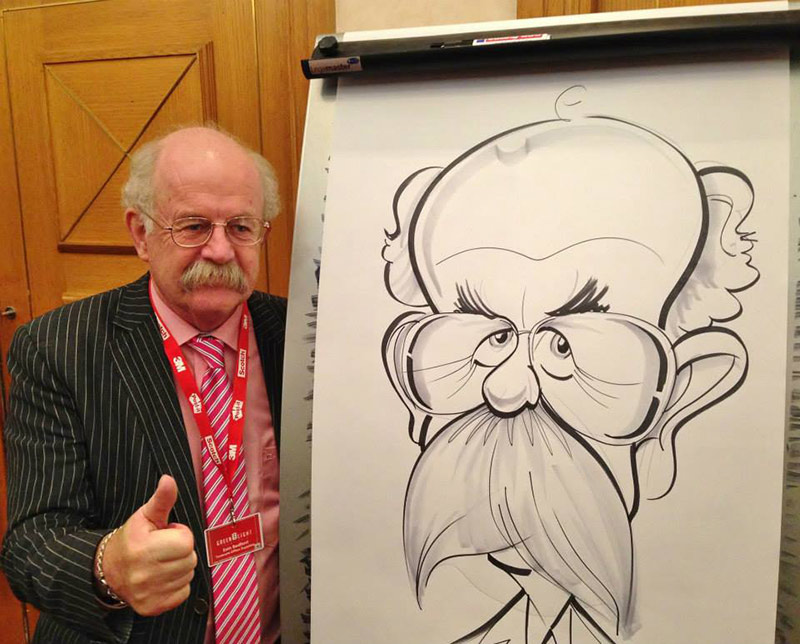 ‘George was a brilliant find for our daughter’ s wedding. He worked non-stop to produce as many drawings of guests as possible and created such a buzz with his talented ‘creations’! They really are spot on and cause great amusement to all as he draws and then completes the picture. The fact that guests have something to take away provides a great memorable talking point and so many guests commented on George’s easy manner and the fact he takes so little time to draw each guest. Don’t hesitate to book him if you want to give your guests something to keep talking about! Just brilliant!’
Private client

‘Dear George, a true artiste… You were able to add another angle to our event, so much appreciated. My Husband and I have your caricatures up at home… they serve as an excellent reminder to an excellent evening at the House of Lords.’
Private client

‘George was recommended to us by a friend and there could not have been a better addition to our wedding. All our guests commented on how lovely he was to talk to and the drawings he did were utterly amazing. Would highly recommend to anyone. Thank you George.’
Private client

‘We hired George for our wedding to entertain the guests between courses and during the evening. He was a massive hit with everyone! The speed he produces quality artwork is staggering! He was a great guy to have around and really added a bit of something different to our big day.’
Private client

Check out other Caricaturists