we work in direct association with Cassetteboy’s representative as a booking agent for Cassetteboy. Cassetteboy are a cut & paste VDJ duo from Essex whose mixes are very popular on YouTube and are regularly featured on Channel 4’s Rude Tube and on BBC Radio 1. Essentially, Cassetteboy are a couple of very cheeky DJs that mix together video clips from popular film & TV shows, with hilarious consequences, and the proof is in the pudding – their videos have been watched over 19 million times on YouTube. Cassetteboy also work as VDJ’s for hire and have toured extensively across USA, Canada, Greece, Poland and… Colchester. DJs Cassetteboy are available to book for your special event –

Cassetteboy is the stage name of a video mash-up DJ duo. It was only upon the confirmation of their third album’s release date, in 2008, that they came forward and made their identities known. Cassetteboy released five albums in the early 2000s, including The Parker Tapes, which received a mark of 8.7 on Pitchfork, if that’s important.

Cassetteboy’s musical approach can be traced from the origins of sampling, musique concrete and the modern approach sometimes called Plunderphonics. Most pieces are painstakingly constructed from thousands of audio snippets taken from TV, radio, film and popular music.

Cassetteboy released the album Carry On Breathing. The concept of this album is that it loosely follows the human life from birth to death, through work, childhood, growing up and depression. This album showcases the most philosophical of their work to date (“The only cure for existence is death”) while still being humorous.

The context of their work is often political, but always maintains a humorous aspect. Their most watched YouTube video, Cassetteboy vs. The Bloody Apprentice (in which Alan Sugar talks about “shitting frying pans”), has been watched over 4.7 million times. Cassetteboy have also tackled David Cameron, Downton Abbey, Harry Potter, and The Only Way is Essex. A recent video in which Prince Andrew described the Queen’s orgasms was banned by the BBC. Cassetteboy now have over 60,000 YouTube subscribers and over 19,000,000 total video views.

Cassetteboy contributed some of the video clips for spoof clip show 2009 Unwrapped with Miranda Hart. On 7 May 2010, a video clip by Cassetteboy appeared on Friday Night with Jonathan Ross using clips of Alan Sugar. Cassetteboy is credited on at least one episode of BBC Radio 4’s’s spoof clippings show Listen Against.
They have toured extensively, playing in the USA, Canada, Greece, Poland and Colchester. They also perform at Glastonbury every year. 2012 was a bit rubbish because the festival wasn’t on… so their act just confused a bunch of cows.

Their work has been featured on Radio One and regularly appears on Rude Tube. They enjoy long walks in the country and have kind eyes. Cassetteboy are famous for lying about themselves, and recently sailed around the world with Clare Balding.

Contraband is the UK’s top booking agent, with amiable, skilled account managers who guarantee you the best deal possible. Contact us today if you would like to book Cassetteboy to be the headline of your event! We as your booking agent are more than happy to help you create the most memorable moments with Cassetteboy.

Cassetteboy : Videos | Book for your event 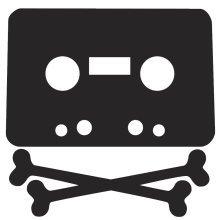 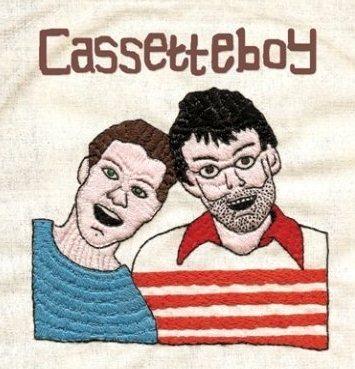