The Retro Cowboys bring the lore of the historic cowboys to life in a fun, fascinating and tuneful wild west music show, telling the story of the Sioux Chiefs, Mexican Roughriders, cowboy stuntmen and real-live buffalo, elk and Texas Longhorn cattle.

Retro Cowboys’ lead singer is supported by the country and western duos instrumentalist who plays folk style music cattle drovers sang to their herds in the 1860s, the wilder ballads that entertained cowboys around 1890s campfires, Ragtime numbers from the 1910s and the well-remembered hits from the days of early radio and film that celebrated frontier life.

Retro Cowboys start with the herdsman’s favourite, “When You and I Were Young, Maggie”, the ever-popular “Home on the Range” and move along to Roy Rogers hits and more. All of these songs are played with some hot instrumental numbers and banjo solos, there is always something here for everyone.

Retro Cowboys have been played on BBC Radio 2, 3 & 4 and performed their Wild West Music Show for the centenary of the end of the First World War in Berlin’s Bundestag. Retro Cowboys have been featured in museums & concerts all over the world including some major films, most recently “Tolkien” for a scene set in 1910. The country and western duos historic approach is unique and extremely easy on the ear. In keeping with the music-making of every performer in history before the 1930s, the duo are unplugged, using the natural acoustics of every venue and are able to freely move around.

Attired in historic costumes, the Retro Cowboys play antique instruments from the zither banjo, tenor banjo, mandolin, guitars, accordion and more. The lead singer joins in with castanets, coconuts and sandpaper percussion, encouraging people to sing along to the more well-known songs. In the words of the National Portrait Gallery “We have never had a singalong in here before!”

★ The duo have played on BBC Two, Three and Four.

★ The Retro Cowboys have performed at Houses of Parliament. 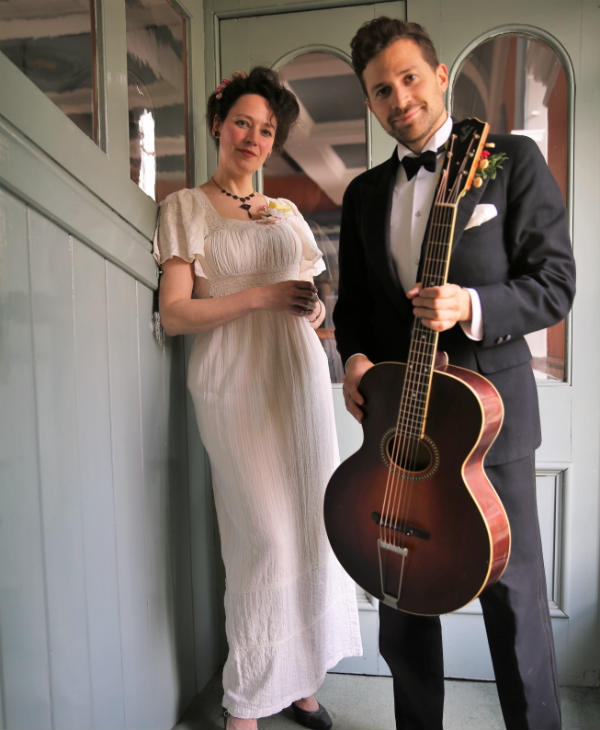 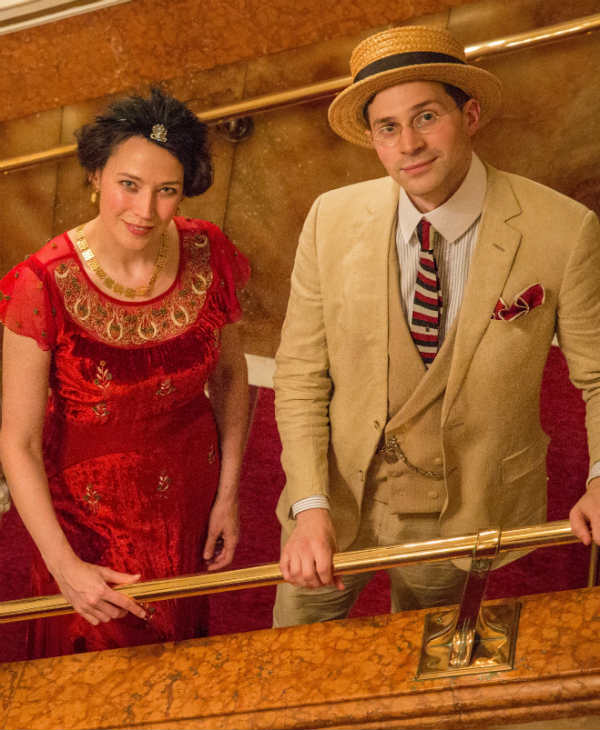 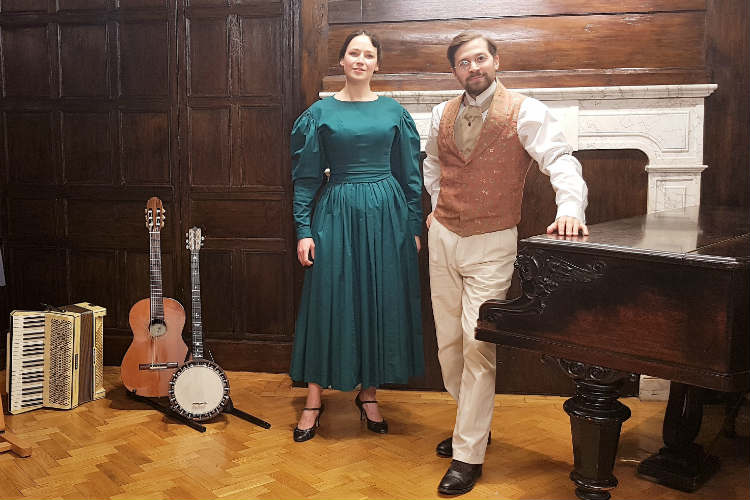 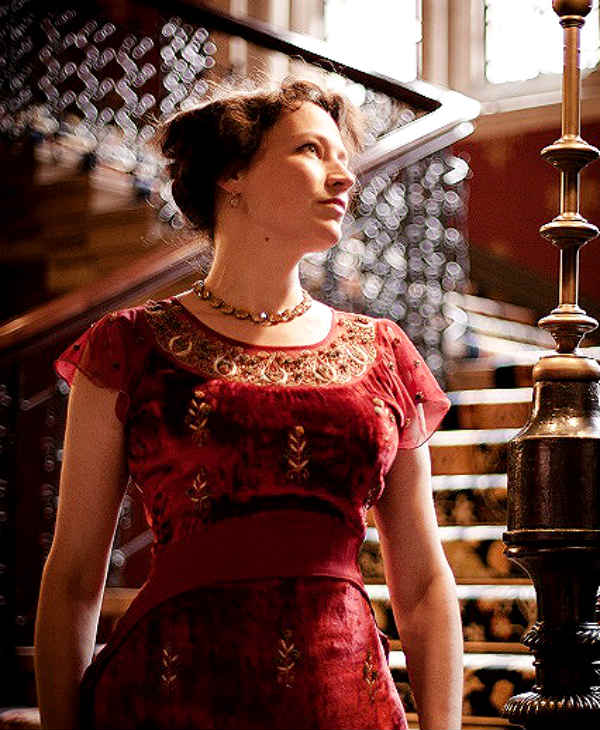 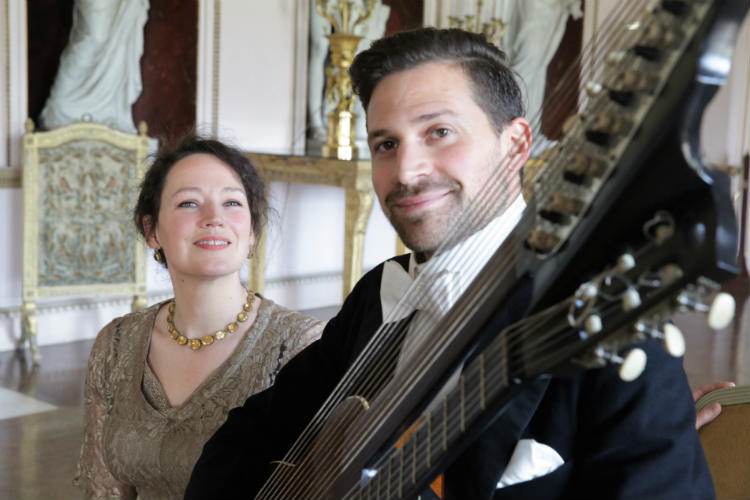 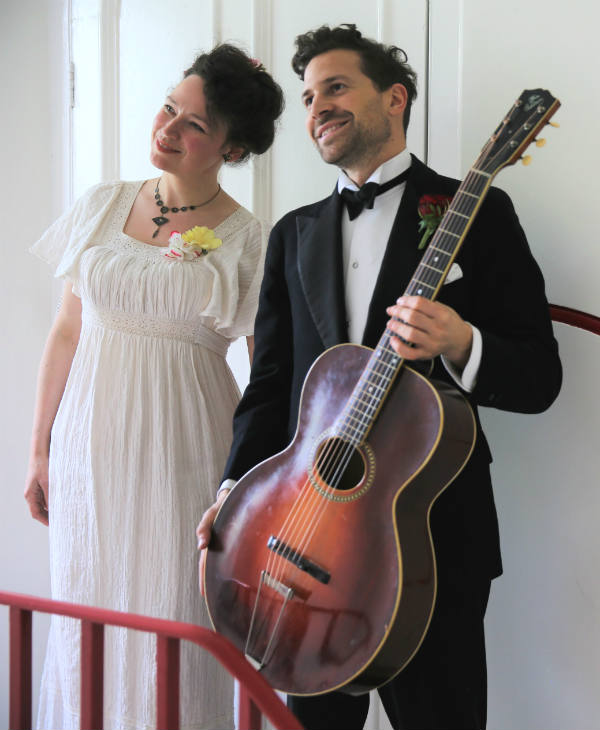 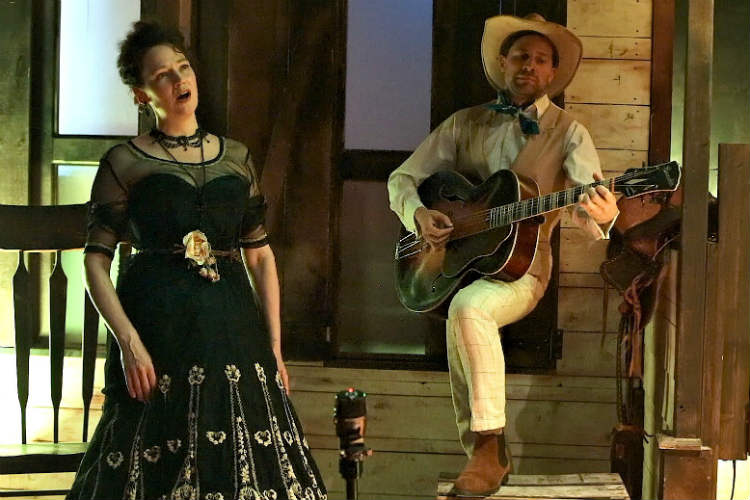 In 2010 a CD arrived in the post. I put it in the machine and was immediately smitten. I picked up the telephone and invited the duo to the Swaledale Festival. They brought the house down and have been back every year, each time with a fresh musical offering.
– Malcolm Creese – Artistic Director, Swaledale Festival

The duo presented the more frivolous and entertaining aspects of the First World War to an enthralled Buxton Festival audience. We would welcome them back anytime.
– Randall Shannon, Buxton Festival

We have had the Retro Cowboys perform twice now at Valence House, and both times they have gone down a storm. Not only are they both outstanding performers, but their knowledge of musical history is astounding – a real added extra to their performances. They create such a lovely atmosphere, dressed in their period costumes, and actively encourage the audience to join in. We have such lovely feedback from the public regarding Patricia and Matt. We hope to have them back for many of our future events.
– Leeanne Westwood – Curator, Valence House Museum

A wonderful sing-along filled with old fashioned glamour. Really added something extra to our WW1 commemorations and was thoroughly enjoyed by the public.
– Joanne Bailey – Archives + Manchester Central Library

When You and I Were Young, Maggie
Just Before the Battle, Mother
Home on the Range
The Dying Cowboy
Red River Valley
That Bully Woolly Wild West Show
My Pony Boy
Carolina Moon
There’s a Goldmine in the Sky
Old Faithful
The Sunset Trail
South of the Border
I’m an Old Cowhand
Boys Along the YukonFour Legged Friend
Happy Trails
The Big Rock Candy Mountains
You Are My Sunshine
Ole Buttermilk Sky
Tennessee Waltz
The Last Round-up
Don’t Fence Me In
There’s a Cowboy Ridin’
There’s a Goldmine in the Sky
Ole Buttermilk Sky
Redwing
The Green Leaves of Summer
Ragtime Cowboy Joe
Banjo Solos
Sioux folk songs

Check out other Folk and Country Bands