Ben McFarland is the triple-crowned winner of “British Beer Writer of the Year” – the first as the youngest ever recipient and the current holder 2011-12. He is also the author of “World’s Best Beers: 1000 Unmissable Brews from Portland to Prague” and “Boutique Beer: 500 of the World’s Finest Craft Brews “.

Tom Sandham is former editor of leading industry spirits and cocktail magazine CLASS and lectures on spirits for the Wine & Spirits Education Trust. He launched the Top 50 Bars of the World and House Tonic magazine for the Soho House Group, and is also the author of the award-winning “World’s Best Cocktails”.

Having met in their 20s whilst working on a leading pub magazine, Ben & Tom left for America where they co-wrote the award-winning “Good Beer Guide West Coast USA”.

The Thinking Drinkers are drinks columnists for the Daily Telegraph newspaper and regularly contribute to an array of international publications including the Spectator, Esquire, Shortlist, Times, Guardian, Time Out London, Conde Nast Traveller, Imbibe Magazine and the Independent. They both regularly appear on television and radio as leading drinks experts.

Together they have also written and performed “The Thinking Drinker’s Guide to Alcohol”, a unique comedic drinking show that debuted at the 2011 Edinburgh Fringe. Following sell-out shows and excellent reviews, it returned to Edinburgh in 2012 and transferred to the Soho Theatre in London’s West End. It also been performed at the Cheltenham Literature Festival and Taste of London.

In 2014, The Thinking Drinkers wrote and debuted a new show called “The Thinking Drinker’s Guide to the Legends of Liquor” in The World Famous Spiegeltent at the 2014 Edinburgh Festival. The show has enjoyed touring ever since and will return to the Edinburgh Fringe Pleasance Courtyard in 2015 before visiting other towns and cities in the UK.

The show has subsequently inspired an award-winning book, the “Thinking Drinkers: An Enlightened Imbibers Guide to Alcohol”.

Ben & Tom host an eclectic range of irreverent tastings for those thirsty to learn more and also run targeted training sessions for leading bar groups and pub companies. The Thinking Drinkers have also been instrumental in launching Hobo Beer; quality craft beer in a can, are also behind the award-winning collaborative brew Boilermaker with Brains and consulted on a host of spirit brand concepts.

The Thinking Drinkers : Videos | Book for your event 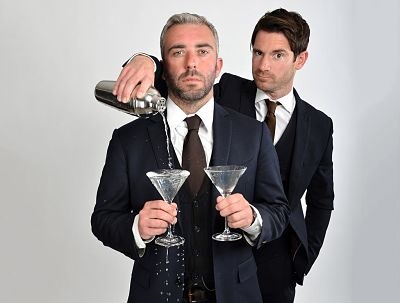 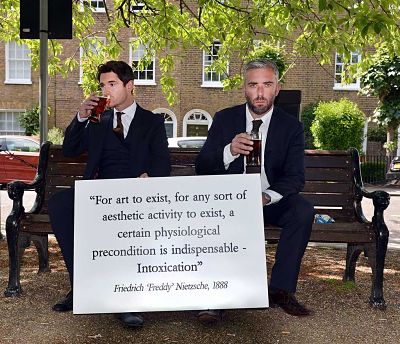 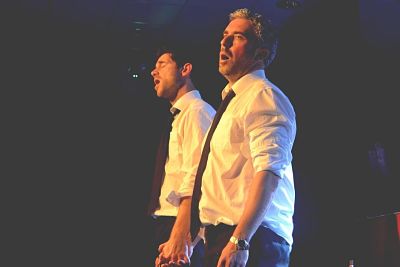 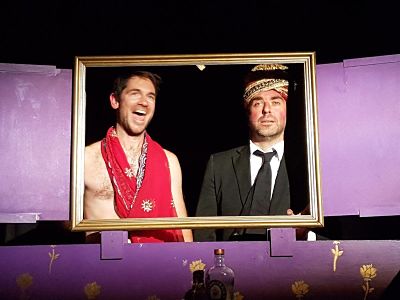 Video of The Thinking Drinkers