The Kopycat Killers are The Killers tribute band and first formed when frontman Stuart was told for the 200th time at one of his own gigs that he ‘sounds just like that bloke out of The Killers’ and, being a huge fan, thought, “well why not!”.

Now, the The Kopycat Killers have performed as a The Killers tribute band to thousands at Headline Mainstage Slot at Europes Biggest Tribute Festival Tribfest, Oxbridge Balls, Fake Festivals and High Profile Corporate Events. Stuart and the amazing musicians who make up the ‘The Kopycat Killers’, have created an unravelled tribute to sell out shows at venues that ‘The Killers’ themselves have played, such as Bush Hall, London Scala and even Wembley Arena!

This Killers tribute band’s attention to detail is second to none, featuring authentic tones and sequenced studio sounds to emulate ‘The Killers’ own backing musicians, along with stage wear, instruments, set choice and decoration (including the Killers own famous ‘K’ keyboard stand), it’s all there and correct.

There’s even authentic projections and visuals on LED Screens playing in time with the songs, just like a real Killers arena show.

Above all though, the musicianship is top tier, The Kopycat Killers performance is damn near a perfect Killers tribute act. They’ve put all their years of experience, skill and talent into recreating the very best Killers tribute band.

★ Display authentic projections and visuals on LED Screens playing in time with the songs, just like a Killers arena show

★ Put all their years of experience, skill and talent into recreating the very best Killers tribute band

★ The Kopycat Killers have experience in performing to thousands, selling out many venues 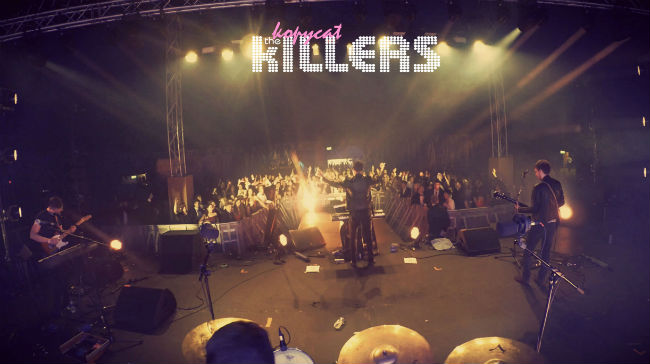 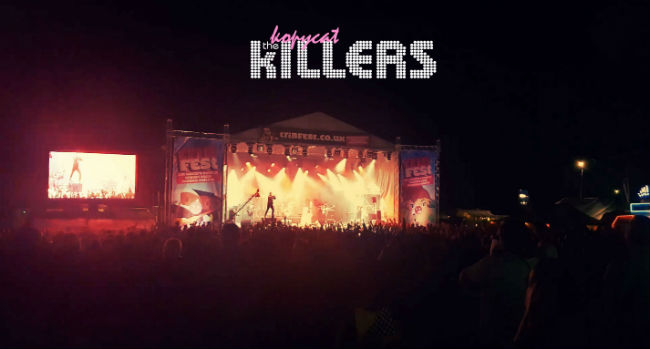 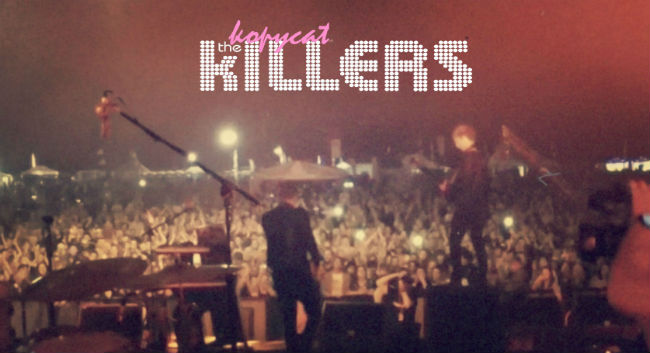 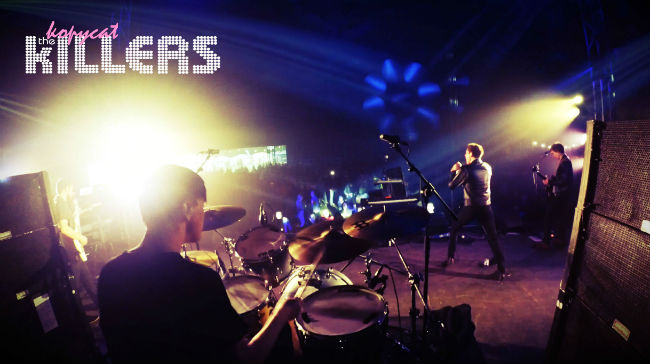 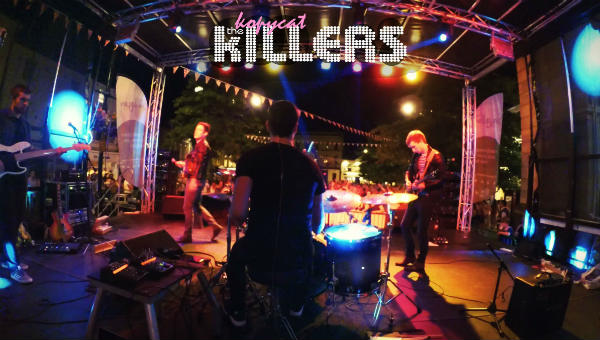 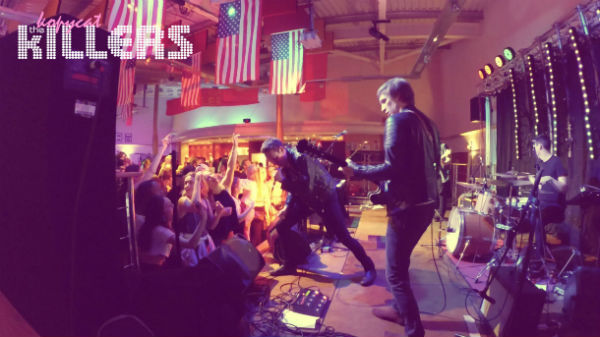 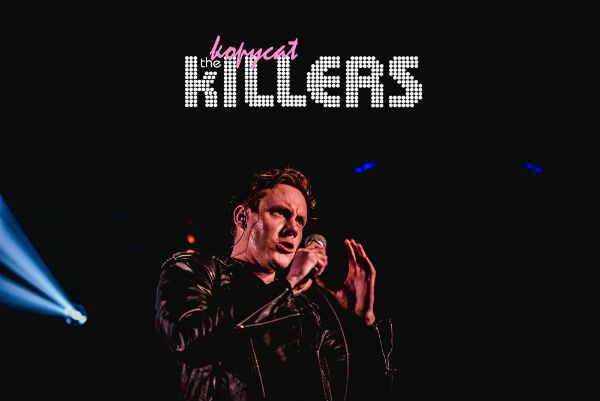 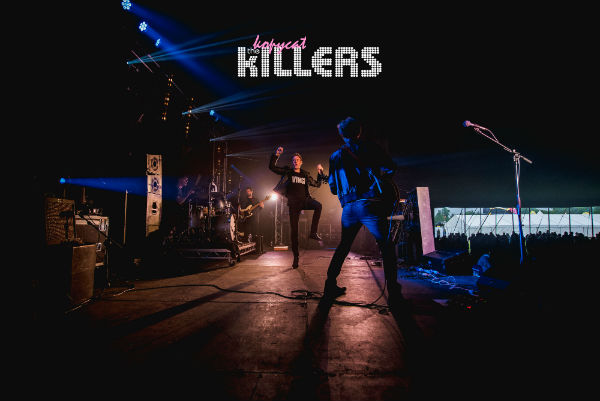 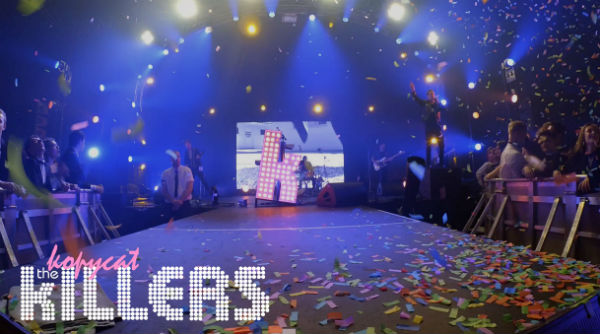 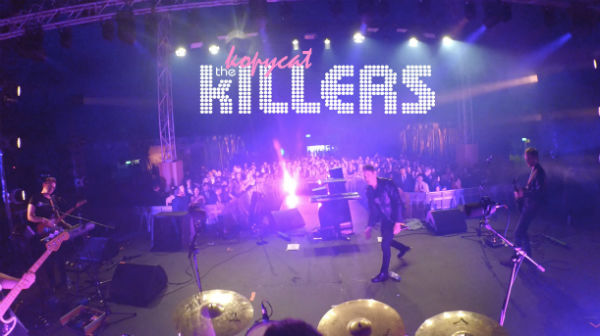 A shockingly good tribute to ‘The Killers’ – they tribute the sounds and show so well that there is literally nothing more that you would want from a tribute band. Above all the musicianship is top tier and the performance damn near perfect
Big Foot Events
​
Absolutely incredible, blew the roof off the place. Class set honestly and delivered such a
good night
​Adam MacNaughton – Band Booker, Trinity College May Ball 2018. (A £300 a ticket event)
​
Stellar performance, awesome
James Bowrun – Band Booker Durham Uni. Veteran of Fake Festivals circuit.
​
They look great, they sound great, they put on a good show and are really nice guys – a brilliant addition to any line up
​Rob Atkin – Event Director – Rat Race Events (7,000 attendance event at Big Top Tent, Burghley House, Peteborough, May 2018).

As the festival director for Tribfest I try and get around the site and watch a few songs from each band to get a feel for them. However, on this occasion I was drawn into the Kopycat Killers from their very first song. What a band. They blew Tribfest 2018 apart! The whole band had so much energy and the likeness in voice and style to the original band is incredible…a totally magnificent performance, a truly remarkable performance
Ed Faulkner – Festival Director of TRIBFEST – The World Biggest Tribute Festival