Inspired by the black and white Keystone Kops silent movies from the early 1900s, this show takes the classic original concept of the Keystone Kops and brings them back to life after almost a century absence.

The bungling Keystone Kops as hard as they try are (as ever) incapable of apprehending their quarry the elusive escaped convict Slippery Jack. On the run from law and order with his ball and chain in tow, Jack outwits the Keystone Kops at every twist and turn with his nimble guile and cunning disguises, who would ever suspect a standard lamp, or that man with the impossible moustache? Could those Keystone Kops really be even more stupid than they look!

Frustrated beyond their limits of self control, the incompetent Keystone Kops pass the buck of blame to and fro with escalating vim and vigour, it wont be long before their truncheons are drawn but maybe not for Jack!! And so Constables Mouton and Blewit on their pocket sized police scooter, chase their tails in increasingly bewildering disarray, as Jack escapes their clutches one more time.

In keeping with the silent movie era, the Keystone Kops are a faithful reproduction of the original farcical slapstick films from the Keystone studios, but it is performed as black and white silent theatre, a mime based physical theatre walkabout show, but with each Keystone Kop controlling their own musical accompaniment and slapstick sound effects.

Authentic Rag Time music is used, amongst an array of evocative sound effects, and scene setting piano scores. Each performer has a concealed state of the art miniaturised (but loud) personal PA system with remote controller. This arrangement gives each Keystone Kop superb improvisational control, freedom and flexibility to set their own scene and mood, or the ability to execute tightly choreographed sequences. The PA are extremely high quality purpose built systems concealed within either shoulder bags, or the convicts ball and chain.

The Lost Funeral
Ernest Potts & Reginald Fowler – two incompetent, irreverent and yet excessively charming undertakers – are en route to a funeral service. In accordance with the last wishes of the deceased, they transport their coffin via some of the deceaseds favourite haunts for one last visit. All is, however, not entirely as it seems. The duo have become hopelessly lost – not helped by their incorrect map, spinning compass and broken sextant – and they have been separated from the rest of the mourners. Worse still, the coffin is starting to emanate an ever-increasing cacophony that threatens to reveal their secret skullduggery…

★ Inspired by the silent movies from the early 1900s

★ Brought back to life after almost a century absence

★ Have a collection of different shows to perform 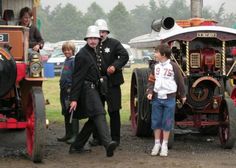 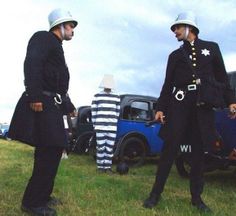 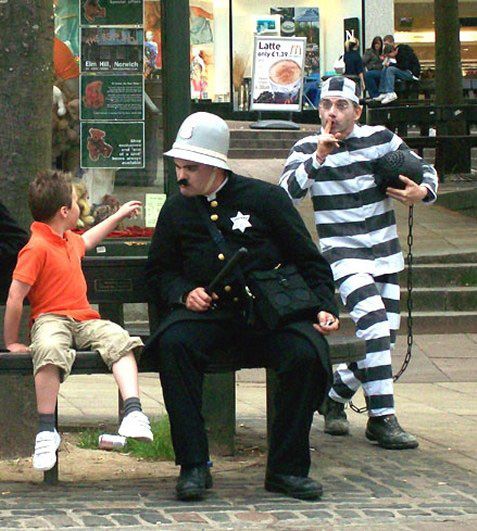 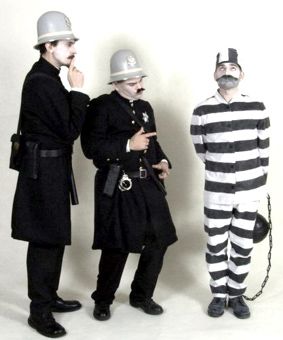 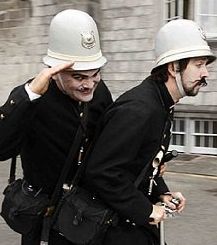 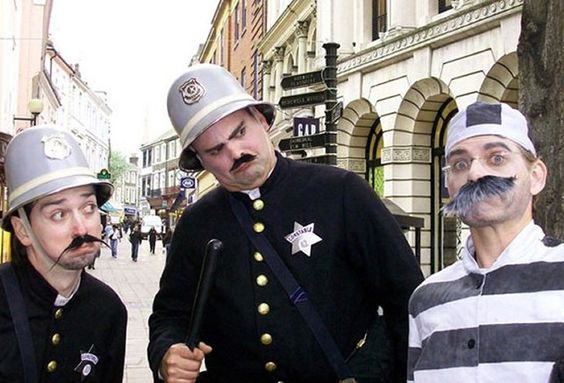 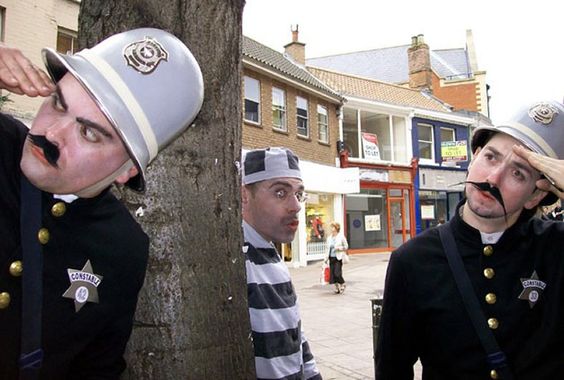 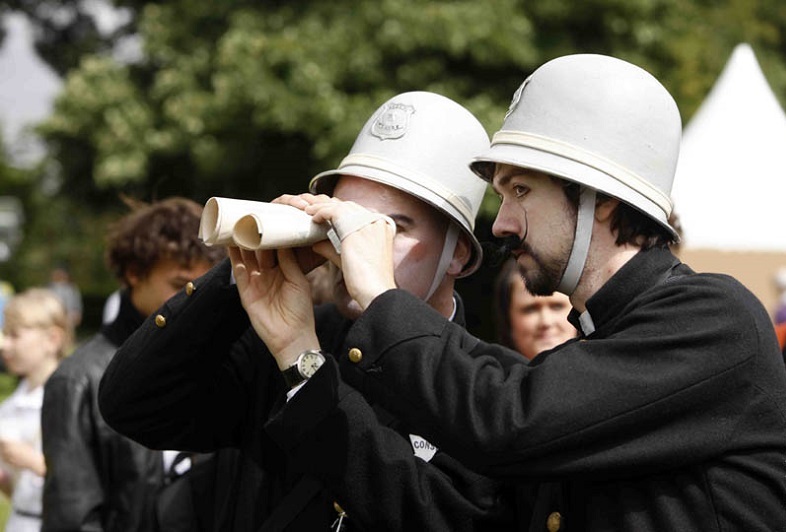 I got more feedback about him than anyone else
Private Client

One of the best shows Ive seen this year
Glastonbury Festival

An eccentric contribution to the festival. Many Thanks
National Theatre London

Check out other Walkabout Comedy Acts