Dust off your Blue Suede Shoes and prepare to be All Shook Up by multiple award-winning Rock ‘n’ Roll band – The Bluejays. Your dance floor will be rocking all night to the best-loved vintage hits of the 1950s from Elvis Presley, Buddy Holly, Chuck Berry, Jerry Lee Lewis and many more. World-class entertainment for your 1950s/Vintage/Back To The Future/Grease-themed event.

The Bluejays is comprised of the UK’s finest young Rock ‘n’ Roll musicians, direct from West End shows including Buddy – The Buddy Holly Story, Million Dollar Quartet, Jersey Boys and Dreamboats and Petticoats. Far more than just an event band, The Bluejays have packed theatres across the UK and Europe with their own theatre show, Rock and Roll Revolution – with the BBC calling it “The ultimate 1950s Rock ‘n’ Roll show!”.

The rock ‘n’ roll band’s set comprises all of the biggest dance floor-filling hits of the era including Chuck Berry’s Johnny B. Goode and You Never Can Tell, Jerry Lee Lewis’s Great Balls of Fire, Ritchie Valens’s La Bamba, Dick Dale’s hit (and theme from Pulp Fiction) Misirlou, plus a collection of huge hits from Elvis Presley and Buddy Holly.

A recent cover of That’ll Be The Day led to the boys being flown out to Lubbock, Texas to play for Buddy Holly’s family on what would have been his 80th Birthday. The band were joined onstage by Buddy’s widow Maria Elena who sang backing vocals with them on a cover of Not Fade Away. Other ‘Part-time Bluejays’ include Brian May who joined the band onstage singing lead vocals and playing lead guitar on Johnny B. Goode during a private event held in the Natural History Museum’s Hintze Hall.

The Bluejays can be customised to suit the size and budget of any event. The original 4-piece line-up, featuring Lead Vocals/Guitar, Lead Guitar, Bass and Drums (with all musicians singing backing vocals), can be extended to include a fantastic Female Vocalist (recommended), a Keys Player and one or two Female Brass Players. As an 8-piece band The Bluejays have played to full theatres across the UK/Europe and at fantastic 1950s-themed events for Next, KPMG and Barclays. Book this incredible band now and watch your guests jive like it’s 1955!

★ Have sold out theatres across the UK/Europe 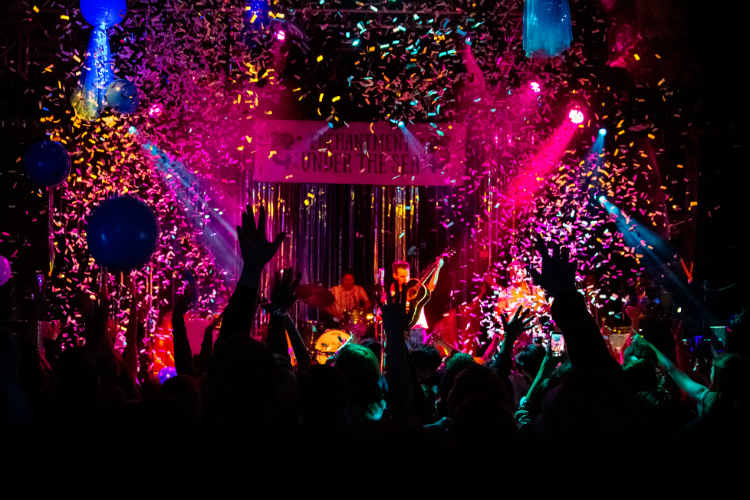 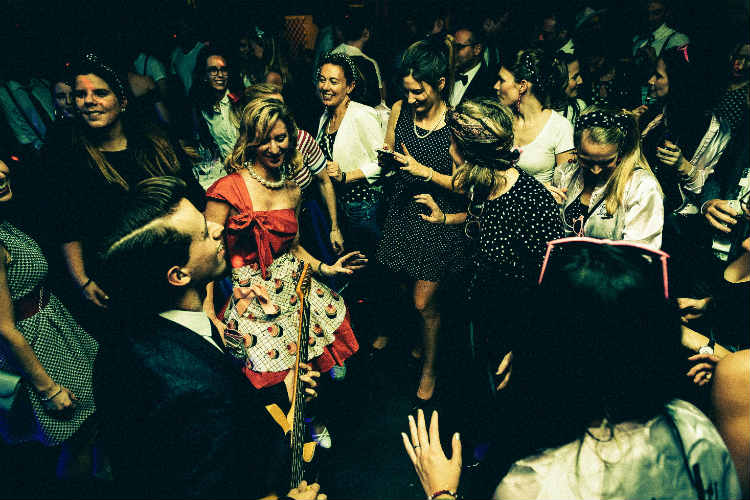 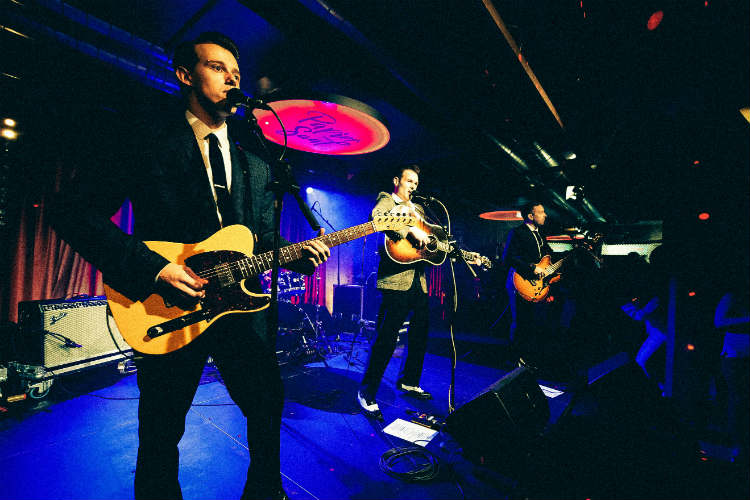 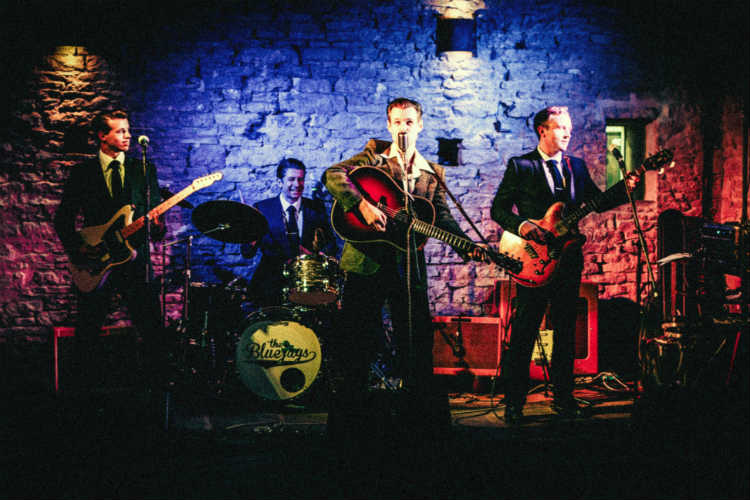 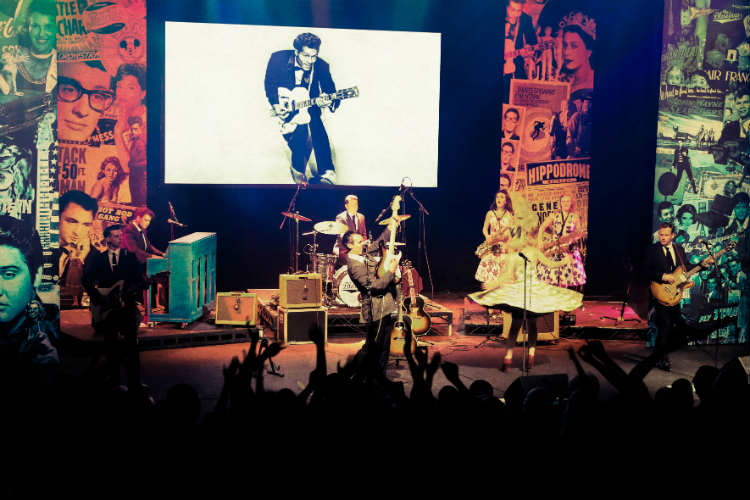 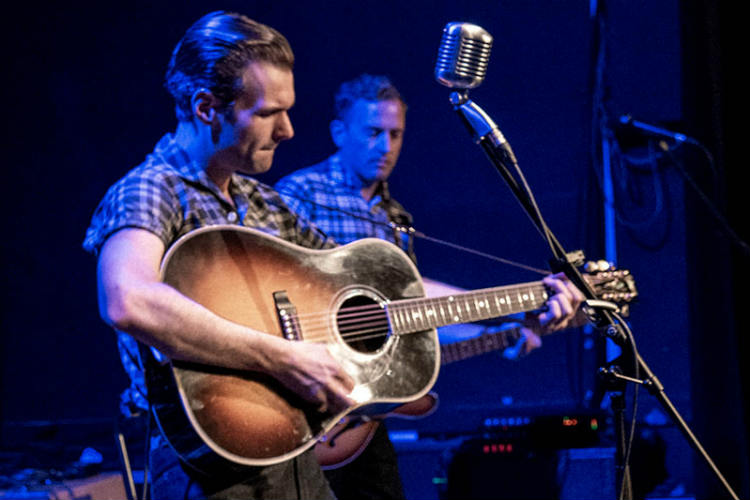 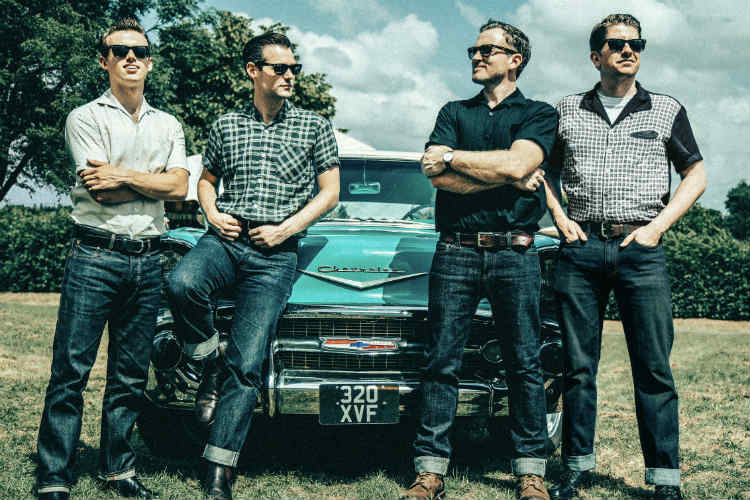 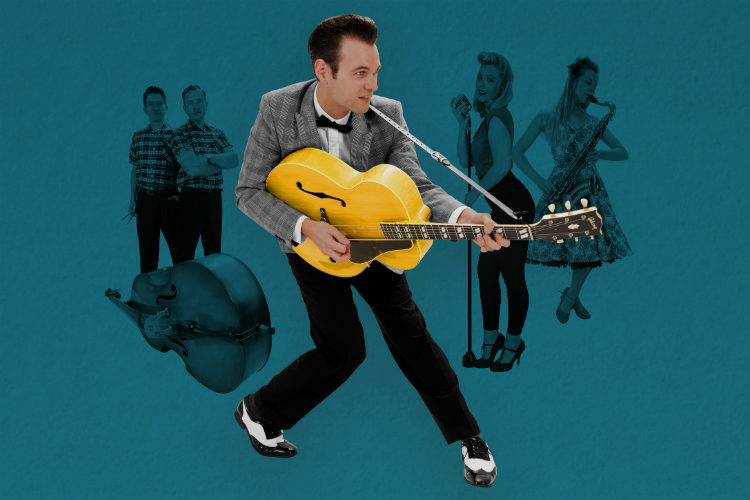 “The Bluejays had the room jiving their fluorescent socks off!”
– Howard Goodall, Composer

“The greatest asset to any event… phenomenal!”
– Grace Park, KPMG

“The best decision we made for the wedding was getting you guys involved!”
– Jaime De Silva, Bride

“The energy and pace of the set was unbelievable, they didnt seem to stop to breathe yet kept the energy up from beginning to end.”
– Claridges

“Thanks for making our night such a success. Your style and music was just what we required and took our guests right back to the 1950s and we will book again!”
– McDonald’s