Riding along on the crest of a wave the Bikini Beach Bands unique take on old favourites and modern classics has brought them from the pubs and clubs of North London to the key venues of The Shepherds Bush and Hackney Empires via The French Riviera and many live TV and Radio appearances. Whether warming the crowd at Pulps In the Park festival or entertaining the arts elite at The ICA Xmas party the band never fails to deliver fun and frolics.

The Escovido brothers deadpan delivery of their cheeky instrumental arrangements appeals to young and old alike by simultaneously evoking an era when rock & roll and the surf instrumental were king whilst delivering witty versions of such modern material as Pulps Babies, Radiohead’s Creep and Britney Spears’ ‘Toxic’ All this with set moves performed in a glorious blaze of technicolor Hawaiian or Bolero shirts, fezzes and Elvis shades.

In short, this band is about fun. Never failing to captivate an audience and get them singing, smiling, dancing and laughing with glee they are the perfect party band. Never more so than when supplemented with their In House dancers The Hula Honeys whose grass skirts, floral garlands and florescent wigs create a further blaze of colour as they frug, shimmy and well..hula their way across the stage.

★ Never fail to deliver some fun

★ Will have you up dancing

★ Entertainment for all ages 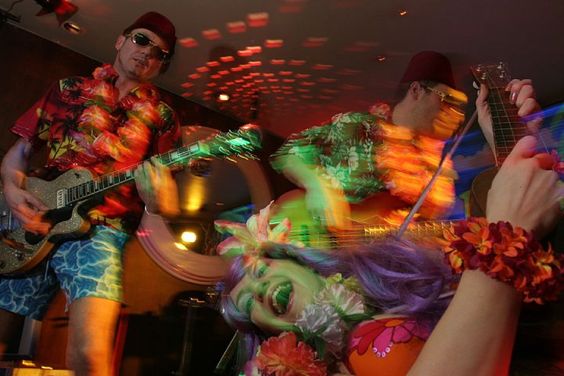 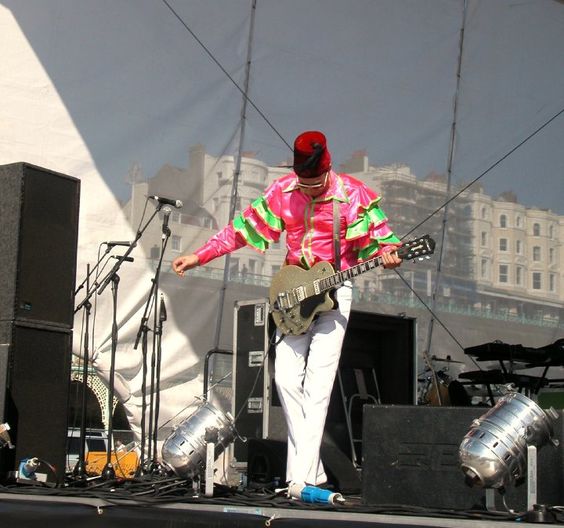 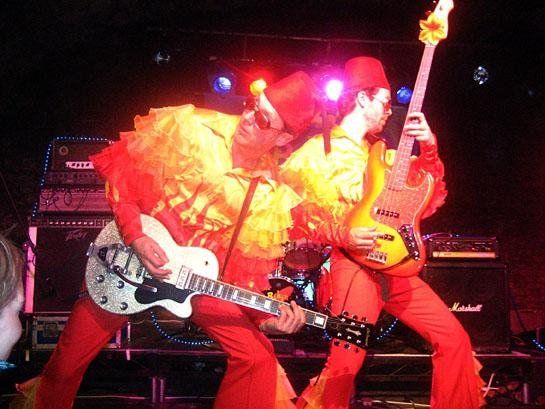 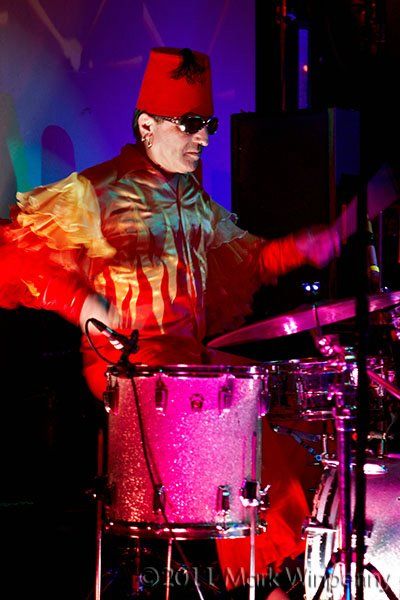 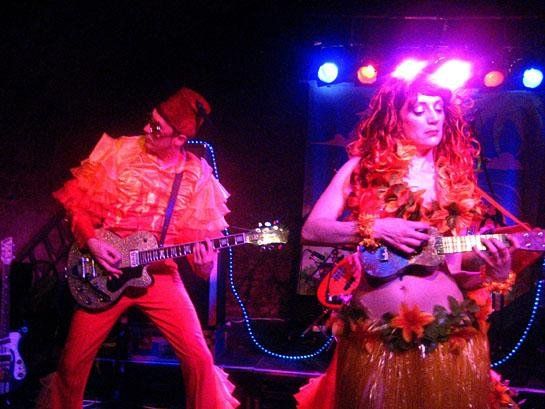 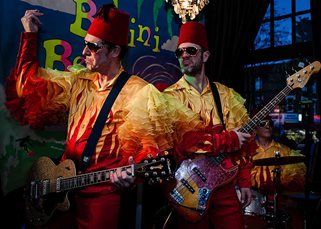 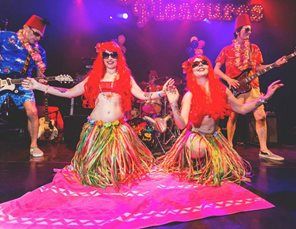 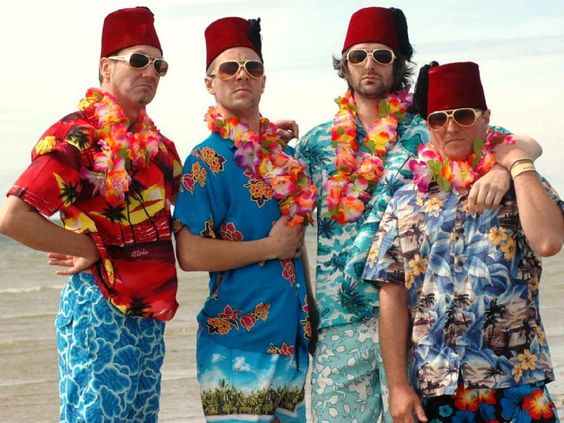 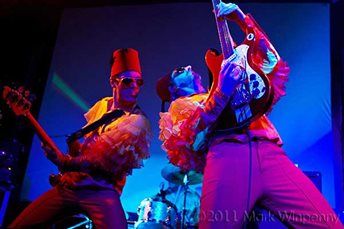 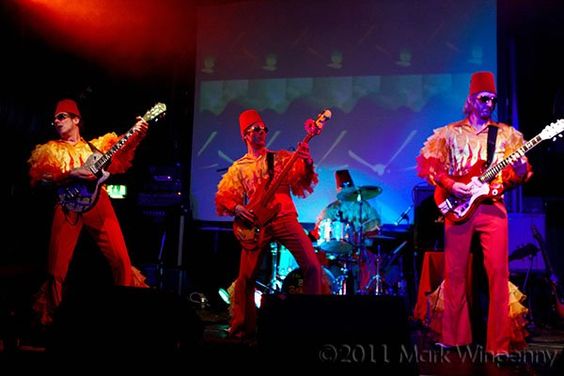 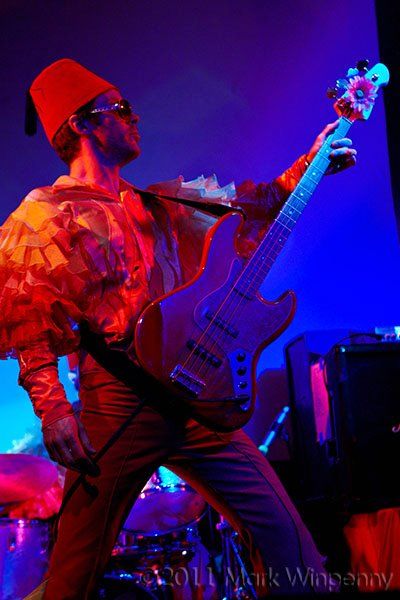 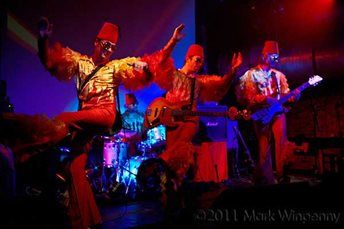 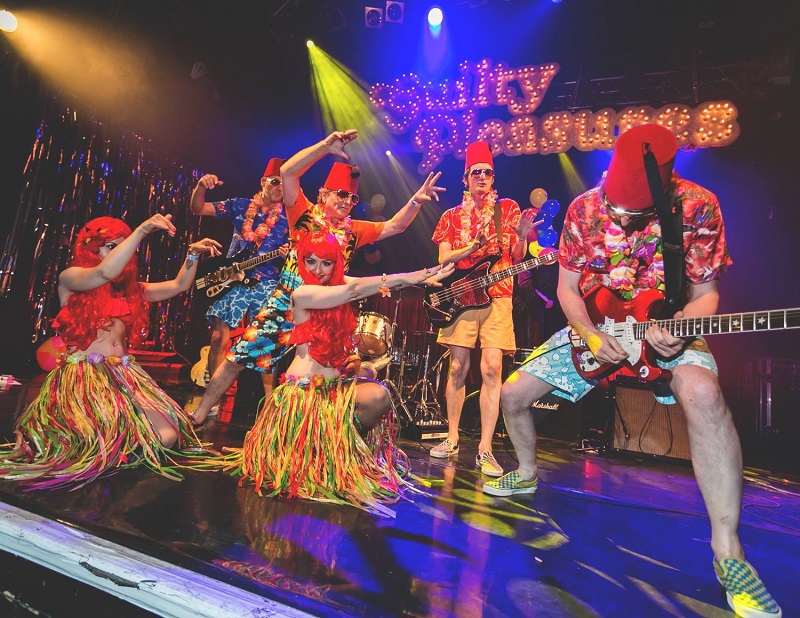 One of the highlights of the Big Chill weekend…
The Times

Perfect for any occasion, be it Wedding, Birthday or Funeral…
Private Client

Just wanted to send you a mail to say thank you so much for the gig on the 17th. You guys are so amazing and really made the party.
Private Client

Just a quick note to say thank you so much for playing at my wedding reception at the Bleeding Heart on Saturday. You were magnificent! It made the evening – Im so glad I booked you! Lots of favourable comments from guests young and old.
Private Client

Thank you so much for making the other night such a fantastic party, your band has to be the best I have ever had the pleasure of dancing to!
Private Client

Videos of The Bikini Beach Band