Sirovy enters the space and everyday objects conspire against him: newspapers become sails, there is a waterfall of cutlery, he dances with chairs and clothes confound him.

Eventually he ascends into sanity and finds balance on a wobbling bouncing rope. Led by an eclectic soundtrack Sirovy travels through a succession of homages to his fantasy icons.

The show is inspired by the comic routines of Buster Keaton, Harpo Marx, Gene Kelly and Neil Armstrong and is both spectacular, and meticulously detailed.

In constant demand for nearly ten years, Sirovy has circled the globe from Singapore, to Barbados and done every kind of event from the National Theatre to village fetes. The show is visually impressive but easy to accommodate and takes the traditional street act in to another league.

Sirvoy : Testimonials | Book for your event

★ An amazingly constructed and executed show

★ Will be enjoyed by audiences of all ages 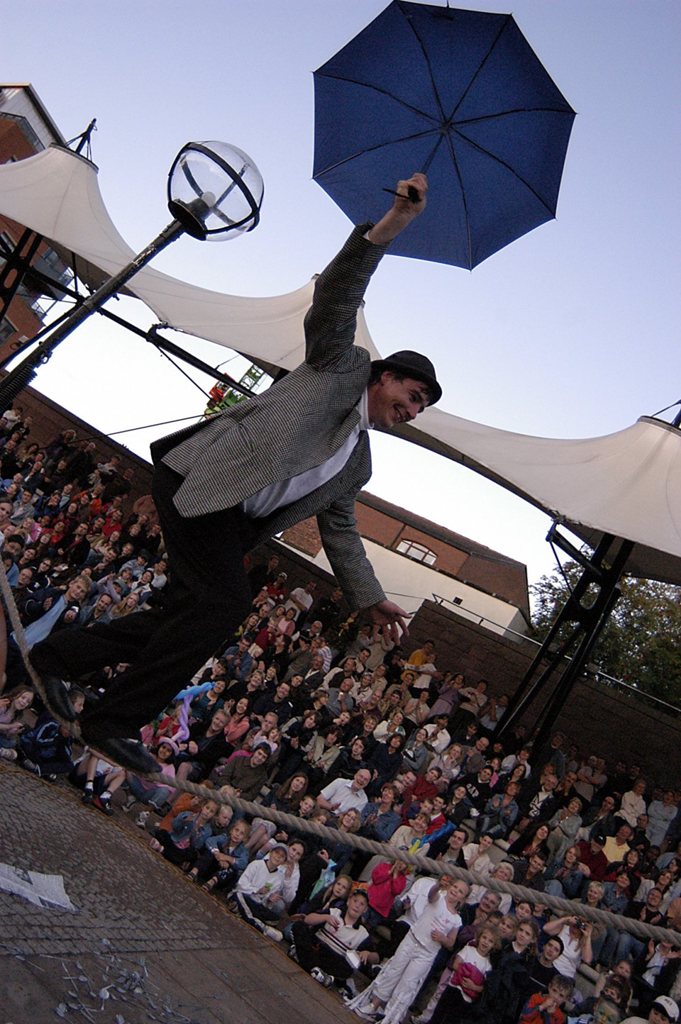 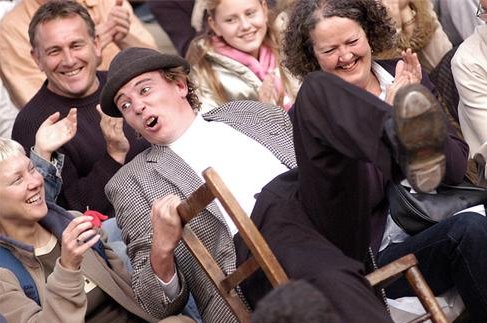 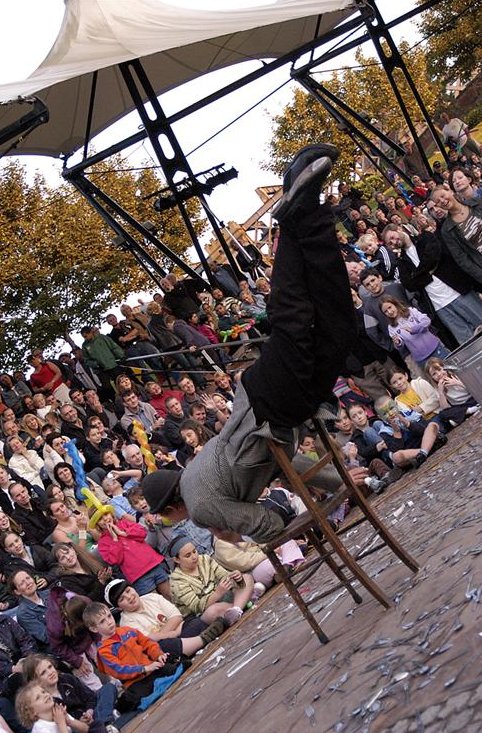 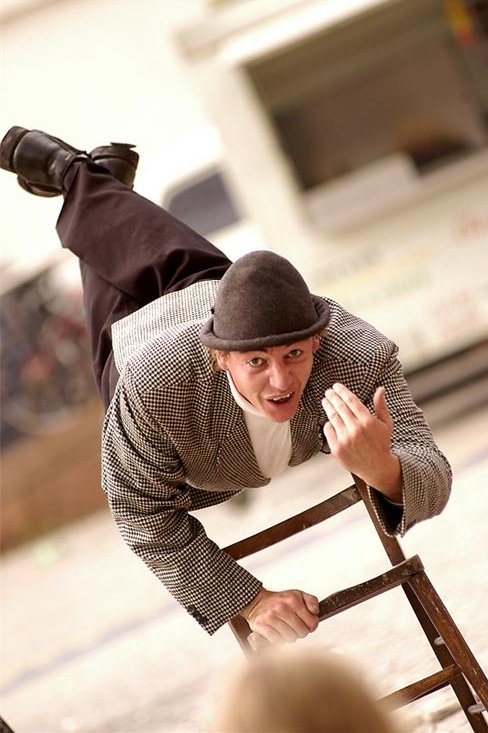 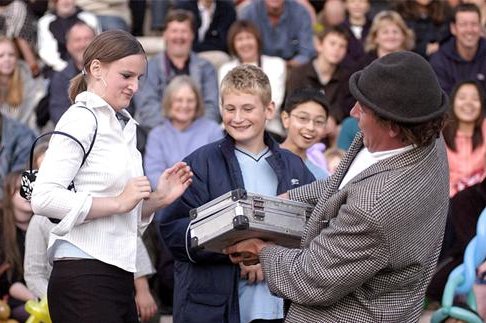 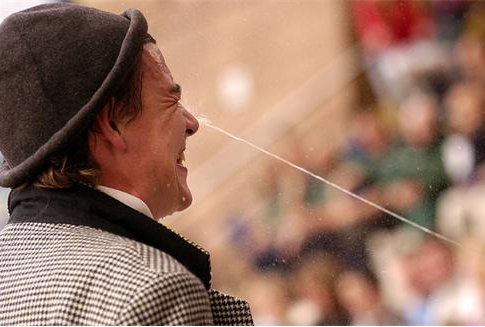 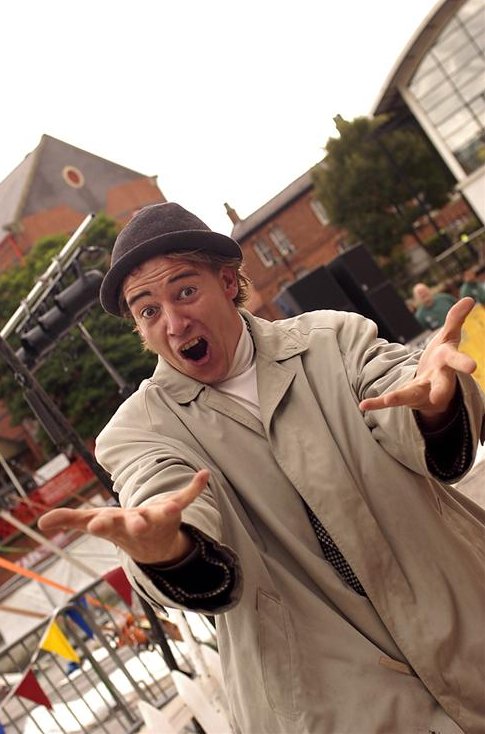 “The reports I got back were rapturous, both from the staff and from conversations with the public”

“As always your work goes down really well with the audiences and it’s great to see everyone enjoying themselves so much.”

Check out other Street Theatre