The brilliant Sassy Pandez can perform at your event! As a booking agent for Sassy Pandez, we can arrange for her to entertain your guests. Pandez has made the leap from DJ to Producer in 2016, signing a 6 track production deal with Warner/Chapell (Basstone), after Creative Director Aaron Harry heard her beats.

Sassy Pandez showed an interest in being a DJ from 7 years old, and was first spotted DJing at WMC in Miami. Her professional DJ career began over 10 years ago playing the opening sets for DJs including DJ Radamas and Mark Ronson. She has also performed for the likes of Beyonce, Eminem, Jay Z, Trey Songz, Diddy, Fat Joe, Young Jeezy, Rick Ross, Coke Boys, Jamie Foxx, Will Smith, Lennox Lewis, David Haye, and at various tour events and album launch parties around the world.

Sassy Pandez has toured extensively as a DJ throughout the U.S., Europe and the U.K. as well as rocking dance floors in China, South Africa, Indonesia, Malaysia, Singapore, Taiwan, Egypt, India, Bahrain, and Dubai. Sassy Pandez has held residencies in London and Ibiza and plays for MTV and on the Formula 1 circuit where she DJed at the official Johnnie Walker/Mclaren and Red Bull VIP events.

From the world’s most discerning nightspots such as Pacha, VIP Room Paris, El Divino Ibiza, and Ministry of Sound, to corporate events for the likes of Range Rover, Hilton, Park Hyatt, Four Seasons Hotels, Formula 1, Guess, Apple Bottoms, Nike, Playstation, X-Box and Fashion Week through to numerous film premieres and celebrity events, Sassy Pandez has the versatility to rock every dance floor. Pacha described her as the “The Best International Female Hip Hop and R&B DJ”.

Sassy Pandez won the Best Female RnB DJ Award in 2014, with an impressive 83% of the votes. Sassy Pandez maintains a universal appeal across both the commercial mainstream and underground. Taking influence from a wide ranging spectrum, her DJ sets encompass Hip-Hop, RnB, Funk, Soul, and Club Classics. She is well known for her amazing versatility and crowd-pleasing selections.

Sassy Pandez was part of the MOBO Awards judging panel in 2014 and 2015, selecting all of the nominees and 50 percent of the award winners.

Whilst being committed and fully focused on her music, Sassy Pandez’s DJing career has helped establish her as a celebrity cover girl. From covers and features in publications such as Maxim, Vouge, Cosmopolitan and GQ to campaigns and catwalk for the likes of Diet Coke, Burberry, Guess, Armani, Donna Karen, Vivienne Westwood and Valentino, and numerous high-profile television appearances, Sassy Pandez has worked both in front of the camera, on the catwalk as a DJ for Ftv and behind the decks with a number of these iconic global brands. Maxim magazine has also described Sassy Pandez on the cover as “The Sexiest DJ in the World”.
Pandez is set to break new ground in the coming year, pushing her style and sound around the international club scene. This ambitious and multi-talented artist is going places fast, with her hectic DJ schedule and forthcoming studio productions. Start taking some serious notice of Sassy Pandez!!

As a booking agent for Sassy Pandez we can organise for her to perform at your event. To hire Sassy Pandez call Contraband Events as we can make it happen. We are booking agents for a huge selection of famous musicians to hire, and we can recommend the best artists for your entertainment. Sassy Pandez can be booked to play at your private or corporate event through Contraband International. Make us your preferred booking agent. 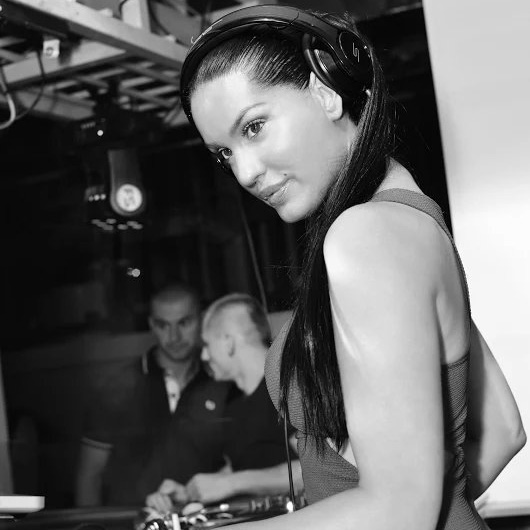 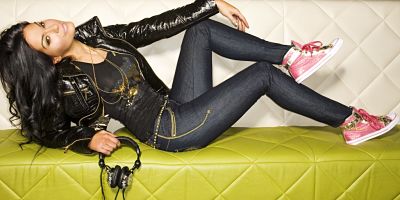 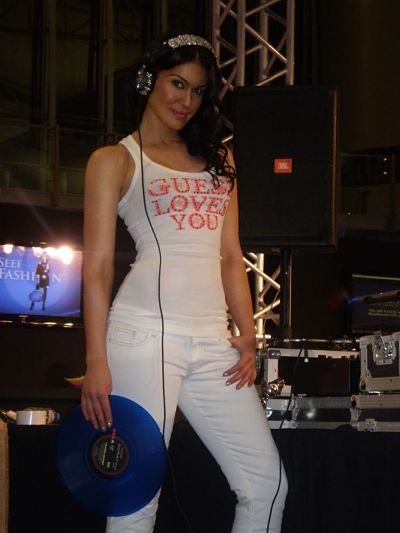 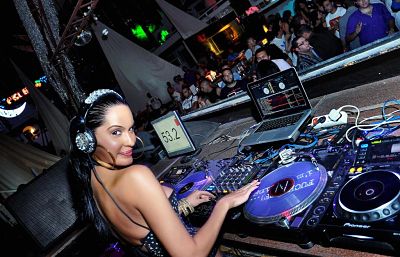