Sam G is a professional circus performer with a range of skills that will, literally, well not literally, blow your mind.

Starting off as just a unicyclist, Sam G quickly mastered that balancing act and after winning many awards in unicycling and becoming the National Champion he moved on to bigger and better things.

Sam G became a top ball juggler and won the Under-21 British Juggling Championships. And he started to combine the two skills, juggling and unicycling, creating brand new, unique tricks.

Now the natural progression was the tight-wire. Sam G spent every waking moment of his misspent, friendless youth, learning to Unicycle across a tight-wire whilst juggling three knives, a finale that will literally, yes literally, shock and amaze any audience.

★ Will amaze any audience 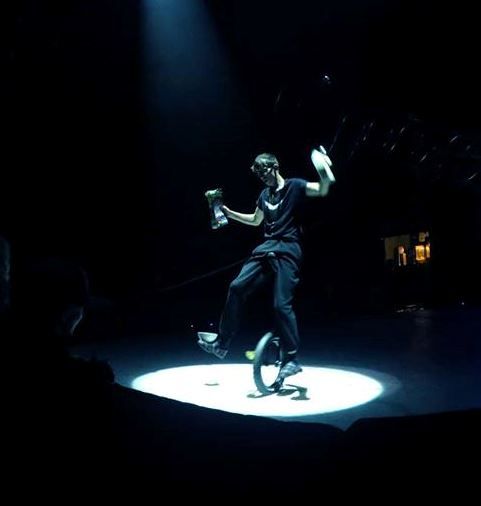 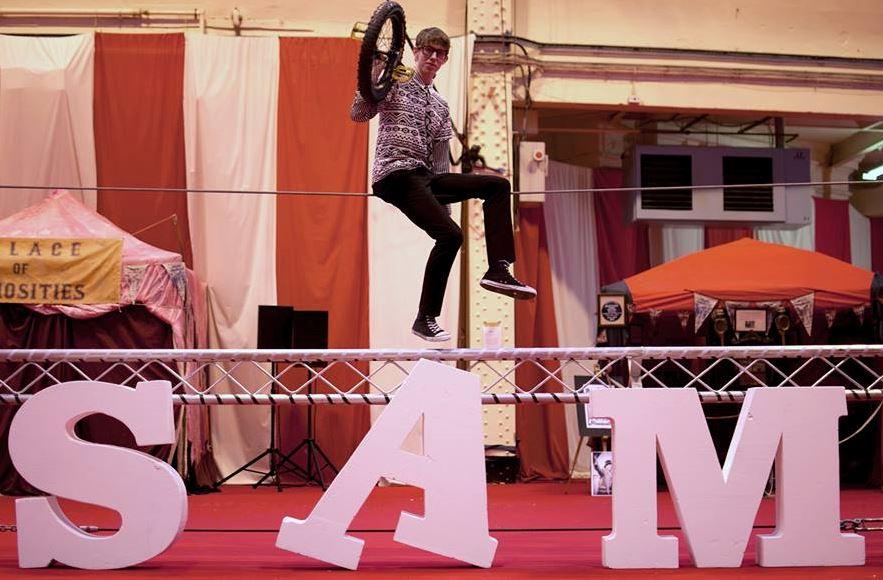 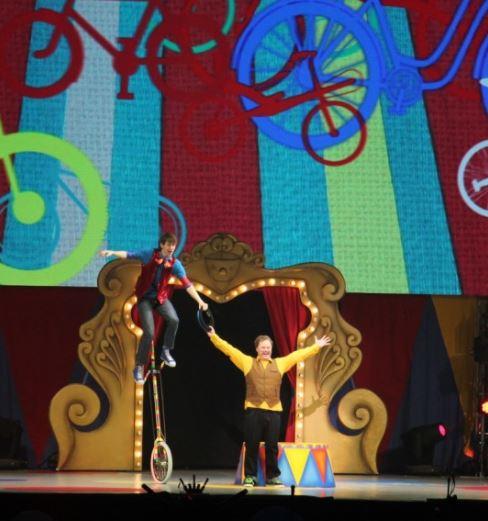 Whoever is watching him, no matter who they are, or where they’re from, they are going to be amazed.
– Billy Wingrove, Football Freestyler