Sally is a versatile violinist and electric violinist who enjoys playing an eclectic mix of genres and styles from classical to commercial pop, house, techno and RnB. A high-impact performer, Sally interacts with the crowd, and has thrilled audiences worldwide with her ability to combine choreography and improvisation into performances. She is available to hire for corporate events, private parties, balls or weddings and will leave the guests at your event amazed with her exceptional violin skills.

Sally has been classically-trained on the violin since the age of 3 and was educated at Oxford University before gaining a Distinction in her Masters in Violin Performance at Trinity Laban Conservatoire of Music and Dance. Sally now plays electric violin in London, throughout the UK, and around the world, and has played at venues such as The O2 Arena, Cardiff Millennium Stadium, The Royal Albert Hall, Wembley Arena, Hammersmith Apollo, The Sporting Club Monaco, and The Roundhouse. Performances have taken her around the world to places such as Bermuda, Qatar, Monaco, Bahrain, Thailand, Myanmar, Malaysia and Macau, as well as regular tours throughout Europe. 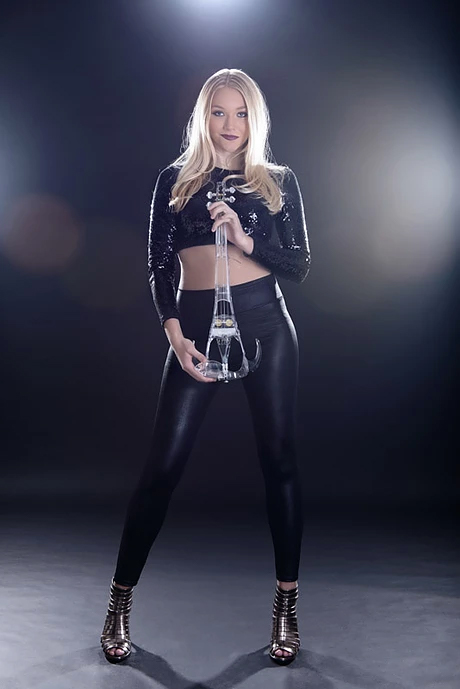 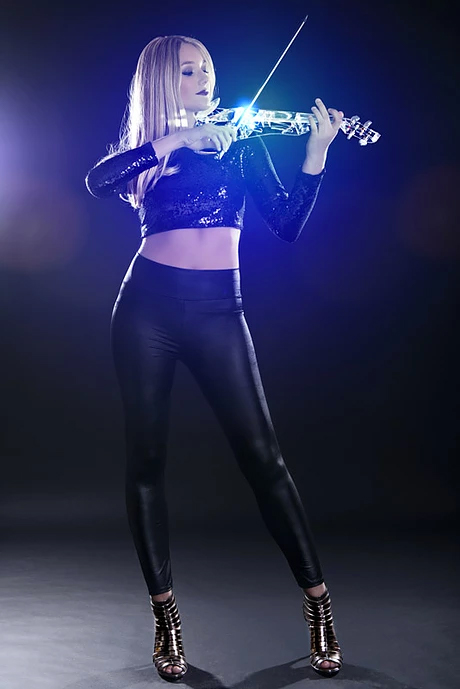 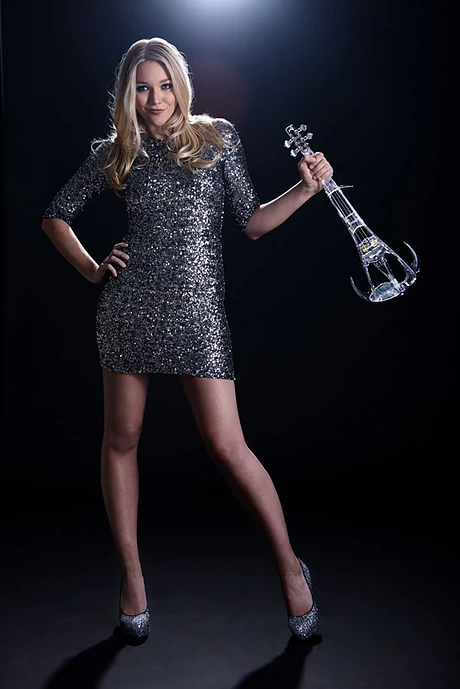 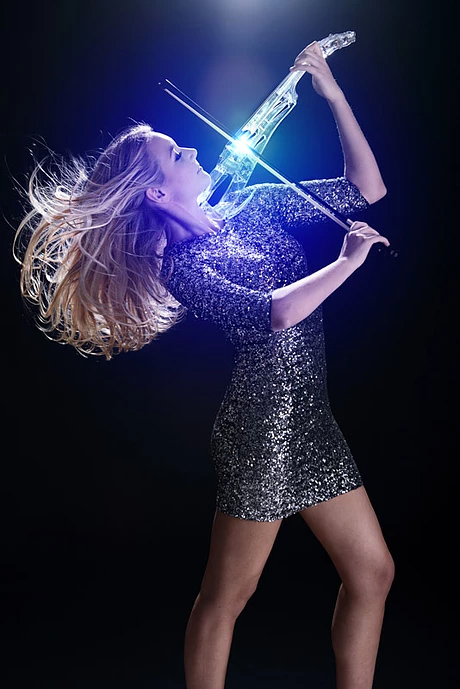 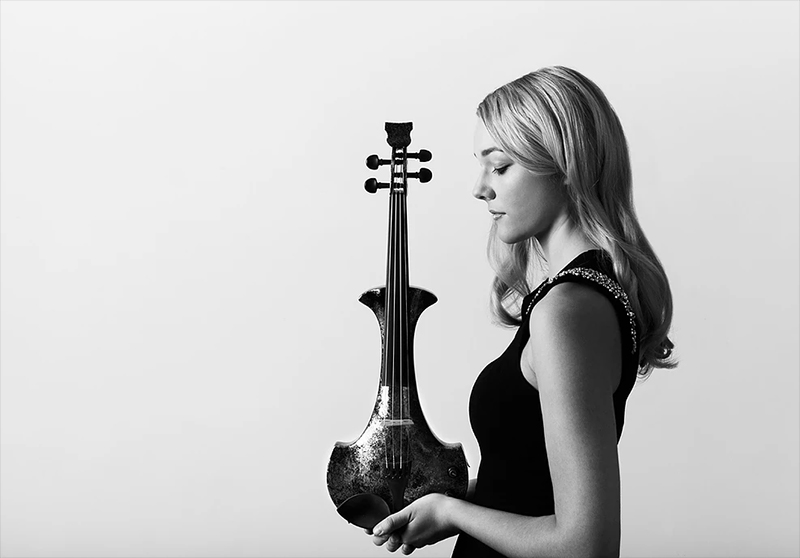 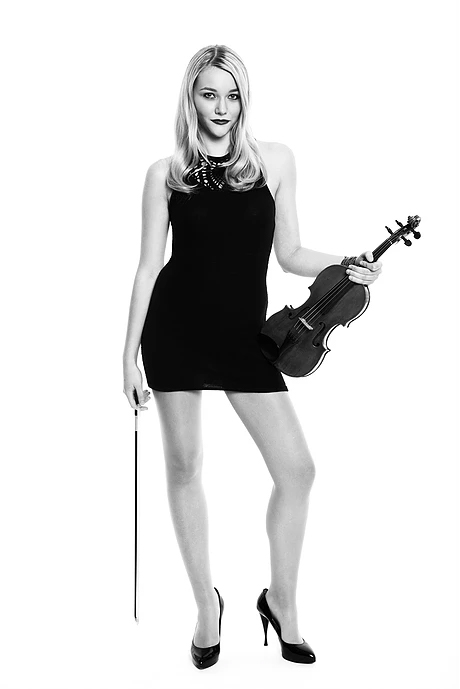 ‘When Martin Toal suggested adding a violinist to the repertoire for our Ryman League Annual Ball, it did not occur to me for one minute that we would all be blown away and mesmerised by the performance of Sally on the night. I would strongly recommend her to anyone looking for a vibrant, talented artiste.’
Theo Paphitis – Ryman’s, Dragon’s Den

‘Sally performed at the Vogue Gold Night Out event in our Aquascutum Westfield store in November 2014. She provided the perfect entertainment and really set the mood for the evening. She was a pleasure to work with, completely professional, poised, and absolutely gorgeous! It was so refreshing to hear classical renditions of popular chart music and you could tell the customers truly enjoyed her performance from start to finish. A pleasure to work with.’
Elise Hamer – Senior Marketing & PR Executive, Aquascutum London

‘A word of thanks personally on behalf of everyone at our lunch yesterday. Your performance was stunning and all the feedback has been simply brilliant.’
Andrew Sheridan – BBC Rugby Commentator, Chairman Bristol & Bath Wooden Spoon

‘Sally was a pleasure to deal with from start to finish.  She is professional, prompt and definitely added a touch of glamour to our event.  The guests thoroughly enjoyed the performance and her vast repertoire, Sally is a true talent’
Natacha Allen – Royal College of Physicians

‘I would like to thank you for your fantastic performance on the evening, which helped to further accentuate the glamour and vibrant atmosphere on the night. Furthermore, you were a pleasure to deal with, remaining professional and polite throughout. It was truly refreshing to hear your rendition of some well known music!’
Emily Culver – Jaguar

‘Sally was as perfect as we imagined, if not better.. Not only is she elegant & graceful in her playing but she is also gorgeous & her style is classic-contemporary. Her violin playing is truly beautiful & we couldn’t have asked for a better musician for our Ceremony on our big day!’
Imogen & Damian – Bride & Groom

Pop (More upbeat)
Part Of Me – Katy Perry
Dark Horse – Katy Perry
Like I Can – Sam Smith
Real Love – Clean Bandit
Rather Be – Clean Bandit
Chandelier – Sia
Changing – Sigma and Paloma Faith
Am I Wrong – Nico & Vinz
My Head Is A Jungle – Wankelmut & Emma Louise
A Sky Full Of Stars – Coldplay
Wicked Games – Parra for Cuva and Anna Naklab
Radioactive – Imagine Dragons
As Long As You Love Me – Justin Bieber
Counting Stars – One Republic
Spectrum – Florence and the Machine
Viva La Vida – Coldplay
Firestone – Kygo
What Do You Mean? – Justin Bieber
Shape Of You – Ed Sheeran