Roger Tilling is available to book as Awards Host for your special event – we work in direct association with his representative as a booking agent for Roger Tilling. As the iconic voice of University Challenge, one of the longest-running quiz shows in the world, Roger Tilling has become adept at adding gravitas and clarity to the series. The show draws in over 3 million viewers across the nation every week, making his voice a familiar sound to many.

Roger Tilling is the go-to guy for any brand or show that needs a god-like voice to add some atmosphere to their product or event, you will recognise his booming vocals from many prestigious occasions such as introducing the Queen at the Royal Variety Performance, drumming up excitement as the voiceover artist on Never Mind the Buzzcocks and commanding the venue at The British Soap Awards.

A master of manipulating and adapting his voice for different circumstances and situations, Roger Tilling has had a wealth of experience doing voiceovers for movie trailers, narrating documentaries, voicing characters for video games or animated films. His diverse background encompasses his great vocal talents that can be used for a variety of events, Roger Tilling is one of the best in business.

After graduating with an Aeronautical Engineering Degree, Roger Tilling maintains his passion for technology and aviation and is a qualified pilot. He also has a love for travelling, visiting places all over the globe and exploring remote places. Tilling has shown this globetrotting nature with his repeated voiceovers for various National Geographic documentaries.

Roger Tilling is available for awards hosting, presenting and Voice of God for awards ceremonies, corporate events and conferences.

Roger Tilling has 20 years of experience as a live voiceover and broadcaster – both in front of a live audience and live-to-air television and radio. Roger Tilling has been the voice of University Challenge since 1997 (around 1000 episodes) live in the studio, also presenting every rehearsal in place of Jeremy Paxman just prior to filming.

Contraband is the UK’s top booking agent, with amicable, knowledgeable account managers who guarantee you the best deal possible. Contact us today if you would like to book Roger Tilling to be the headline of your event! We as your booking agent are more than happy to help you create the most memorable moments with Roger Tilling. 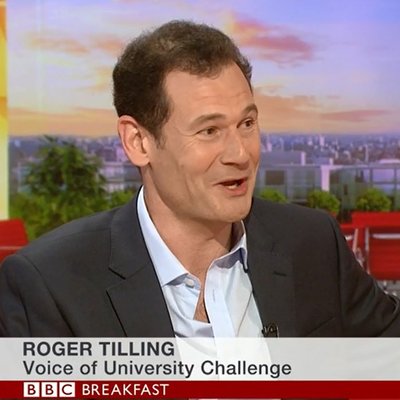 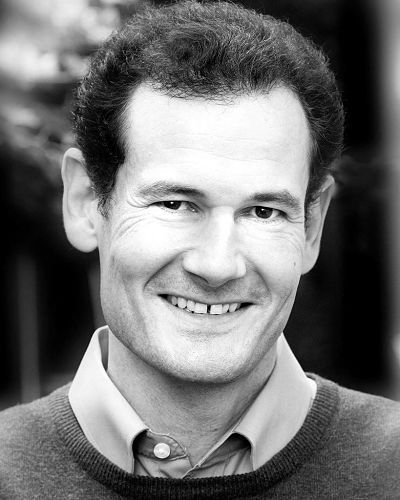 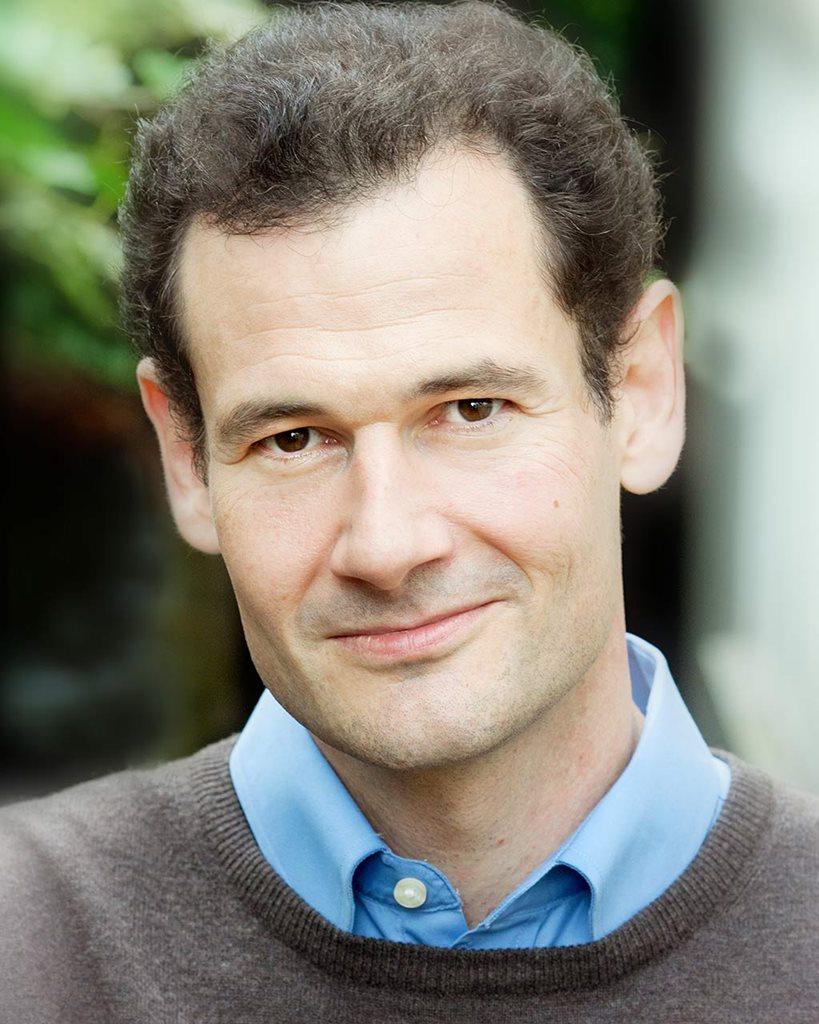 Roger Tilling, I am happy to say, is the ultimate professional voice. I have known very few people with his ability to “get” the context immediately and adapt not just his style, but his tone and his delivery to order. He is, as they say in the classics, a “godsend” to the producer or director who knows what they want and doesn’t want to waste time auditioning or retaking. Roger provides everything you need in the one great package that he is. He is never less than reliable, completely professional and possesses total understanding of every media discipline. I have no hesitation whatsoever in recommending him most highly for ANY job that requires a decent set of vocal chords and a willing and enthusiastic larynx to go with them!
Danny Greenstone – Innovator, Creator, Writer, Producer, Director, TalkBackTHAMES

As global creative director for NBC Universal, I consistently used Roger for global campaigns, sales reels and creative work and have always found him to be smart, courteous and professional. As well as having a great voice, Roger has a great, friendly attitude and I can heartily recommend him.
TVC Group

His performance both amazed and entertained us, and I look forward to working on future projects with Roger.
Barford Film & Television

Roger has worked on many different voiceover projects for us, providing a range of excellent voices, including corporate, commercial and character voices. Roger is always highly professional and enthusiastic and a pleasure to work with.
Running Frog Limited

In all the time that I have worked with Roger, I have found him to be professional, on time and most importantly he has a wonderful adaptable voice that we used for the British Airways onboard inflight entertainment promotions, I would have no hesitation in recommending Roger.
Spafax

I had the great pleasure of working with Roger at Sparrowhawk Media. Roger is the consummate professional and a joy to work with. I would recommend him most highly.
Ravensbeck : The Media Industry Experts

Roger has one of the finest voices I have ever worked with. Add to this his intelligence when delivering a script. He provides any director the complete package. I have used Roger’s talents on a variety of projects ranging from central heating through exhibition training.
Two Productions

In Roger one finds a unique and winning combination of both talent and hard work.. He delivered whenever the channel needed him…..and more. Roger is quite simply first class.
Archant

Roger’s talent as a performer is unquestionably extraordinary. Versatile, imaginative, witty and professional; Roger is head and shoulders above the typical bland, soulless rent-a-gobs. But I think what really puts Roger in a league of his own is the wider array of broadcasting skills, know-how and insight that he offers. He’s a genuinely creative writer, an exemplary project manager and universally well loved team player. Working with Mr Tilling is a real joy. I highly recommend him. Personally and professionally, he is a very special chap.
Polecat