The Sound Machine Orchestra is different from all the other party orchestras. They all have a background in the mainstream music industry where the orchestra all met, working for acts such as Robbie Williams, Enrique Iglesias, Kylie Minogue & Ronan Keating on tours and TV shows such as Later with Jools, TOTP, The Charlotte Church Show (house band) and This Morning. The party orchestra performs disco, funk, Klezmer, Motown, pop, RnB, rock, soul, background music and are well-known for being able to play up to 5 hours without a break!

The Sound Machine Orchestra first shot to fame when they were put together to play for Tony Blair’s Cabinet private party, which was attended by the past & present Prime Ministers, cabinet members and their wives.

The Sound Machine Orchestra became the ‘pet’ band of Sir Richard Branson having played at his house several times and performed at nearly every Virgin Atlantic flight launch party for the last fifteen years. The party orchestra has also performed for the star-studded Virgin Atlantic’s 25th birthday party in New York in 2009.

★ With over 20 years experience in the industry

★ Can perform just about any genre of music!

★ The Orhcestra have worked for big names like Virgin Atlantic 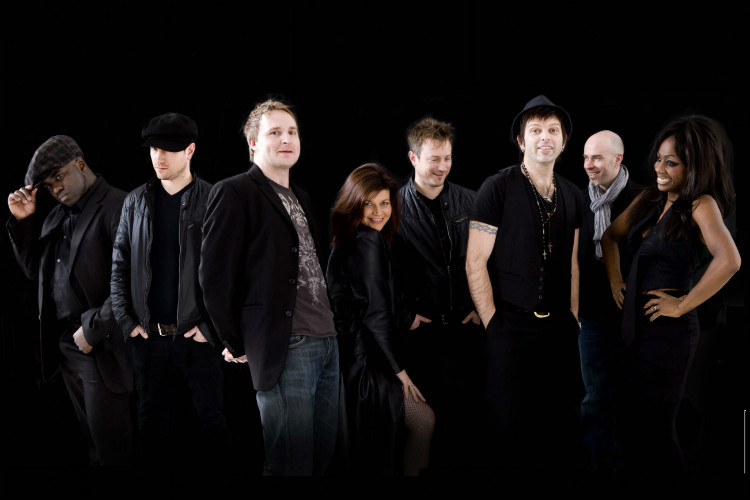 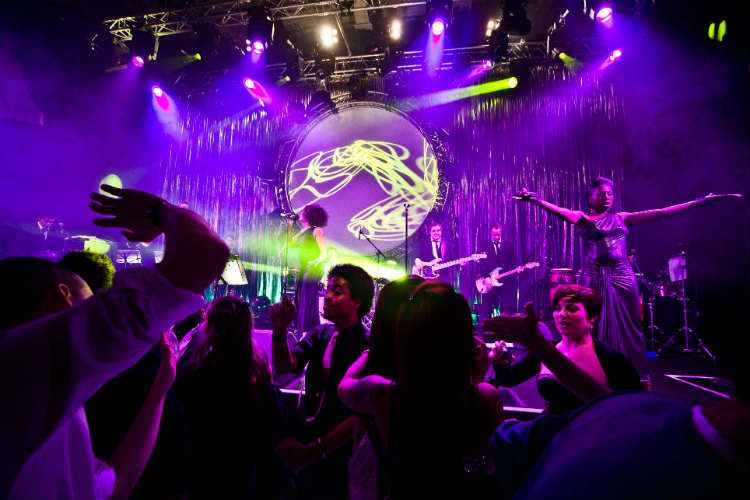 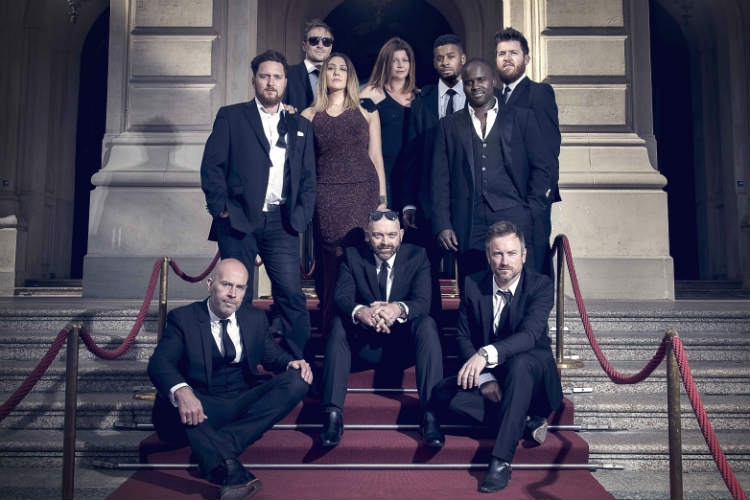 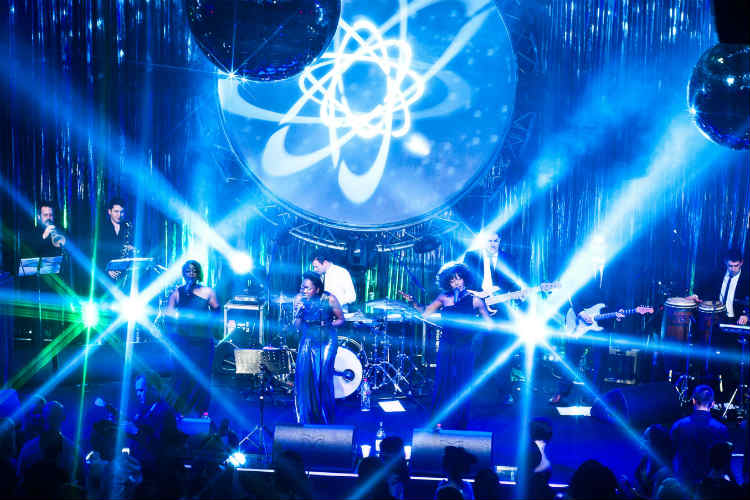 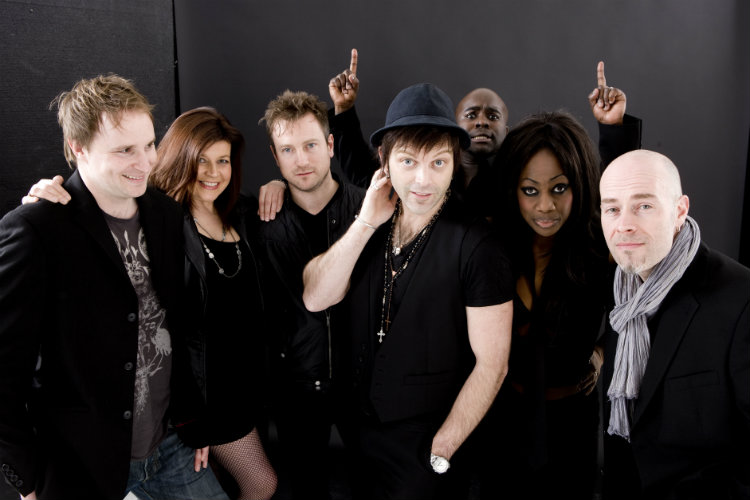 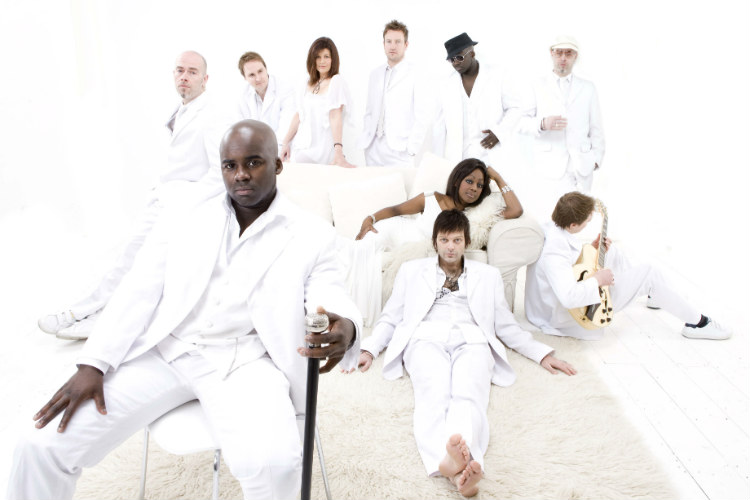 The nineties
Roll with it – Oasis
Moving on up – M People
Can’t get you out of my head – Kylie Minogue
Brimful of asha – Cornershop
Jump around – House Of Pain
This is how we do it – Montell Jordon
Here comes the hotstepper – Ini Kamoze
Summertime – Jazzy Jeff
Boom shake the room – Jazzy Jeff
Be faithful – Fatman Scoop
Wonderwall – Oasis
You oughta know – Alanis Morrisette
Free – Ultra Nate
Freedom – George Michael
Are you gonna go my way? – Lenny Kravitz
Place your hands – Reef
Ready to go – Republica
Groove is in the heart – Dee-Lite
Yellow – Coldplay
Let me entertain you – Robbie Williams
Girls & boys – Blur
Finally – Ce Ce Peniston
Vogue – Madonna
Can’t touch this – Mc Hammer

The sixties
Think – Aretha Franklin
I just wanna make love to you – Etta James
Hard to handle – Otis Redding
Respect – Aretha Franklin
Dancing in the street – Martha Reeves & The Vandellas
Love you i do – Dreamgirls
Shout – Lulu
Proud mary – Ike & Tina Turner
Baby love – The Supremes
Where did our love go – The Supremes
Keep me hanging on – The Supremes
You can’t hurry love – The Supremes
Stop in the name of love – The Supremes
Reach out i’ll be there – The Four Tops
Jimmy mack – Martha Reeves & The Vandellas
My guy – Mary Wells
I heard it through the grapevine – Marvin Gaye
Needle in a haystack – The Velvettes
Signed sealed delivered – Stevie Wonder
Tainted love – Gloria Jones
I want you back – The Jacksons
I’ll be there – The Jacksons
Do you love me? – The Contours
The son of a preacher man – Dusty Springfield
River deep mountain high – Tina Turner
Tears of a clown – Smokey Robinson & The Miracles
Gimme some lovin’ – Spencer Davis Group
Everybody needs somebody – Eddie Floyd
Shake your tailfeather – Ray Charles