NWSI is a street theatre company based in Newcastle in the North of England. NWSI is renowned for its spectacular open air & carnival performances using stilts, giant puppets, fireworks, and helium assisted flight. NWSI has completed over 120 international tours to 36 countries.

Sid The Spider Carnival Puppet:
Sid the spider is a 15 metre tall inflatable puppet operated by 11 performers using cold air and 36 cubic metres of helium. It is based on the Sydney Funnel Web spider. It is a character in Grand Magix, an NWSI large scale performance, and a walkabout or parade performance in its own right. It had its debut at the Brighton Showcase and will be appearing in Grand Magix at Terasson in France and Camden in London and many other places. Sid is the newest and most ambitious of NWSI’s giant puppets.

Bird Carnival Stilt Walkers:
Les Oiseaux de Lux is a 25 minute itinerant intervention of up to 17 giant monochrome birds and their alien riders for the street, shopping centre, festival, or party.

The Ant Show – Carnival Stilt Walkers & Puppeteers:
Created in 2006 The Ant Orkezdra is a sensational one hour musical parade performance for day or night to add a really memorable event to your festival program. This new performance has been joyously received in Stockton, Kirkcaldy, Durham, Wageningen in the Netherlands and Beijing.

The Caterpillar Carnival Puppets:
The Caterpillar is a 4 metre wide x 5 metre high x 10 metre long inflatable puppet operated by ten performers using cold air. It is a character in Grand Magix, an NWSI large scale performance, and a walkabout or parade performance in its own right. It has performed in large parades at the Nice Carnival and the Edinburgh Hogmanay. It has also performed at the Lowlands and Pukkelpop festivals and many other places where it has created a huge impact as it moves through and over large crowds. It can be thematically followed by The Butterfly Collection.

★ Have completed over 120 international tours

★ Great entertainment for all ages 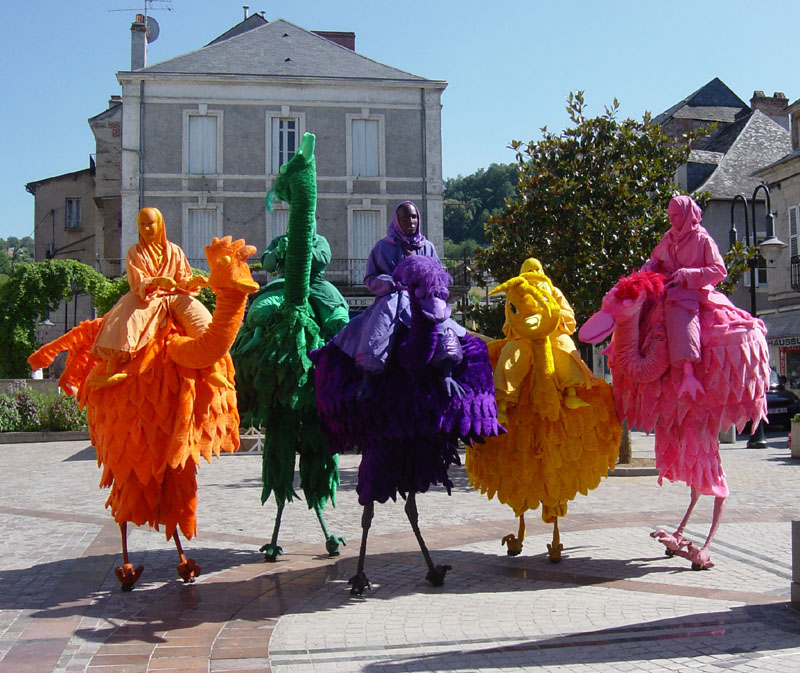 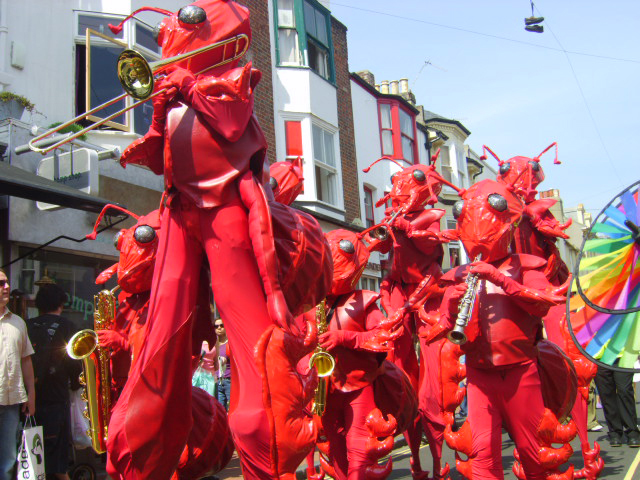 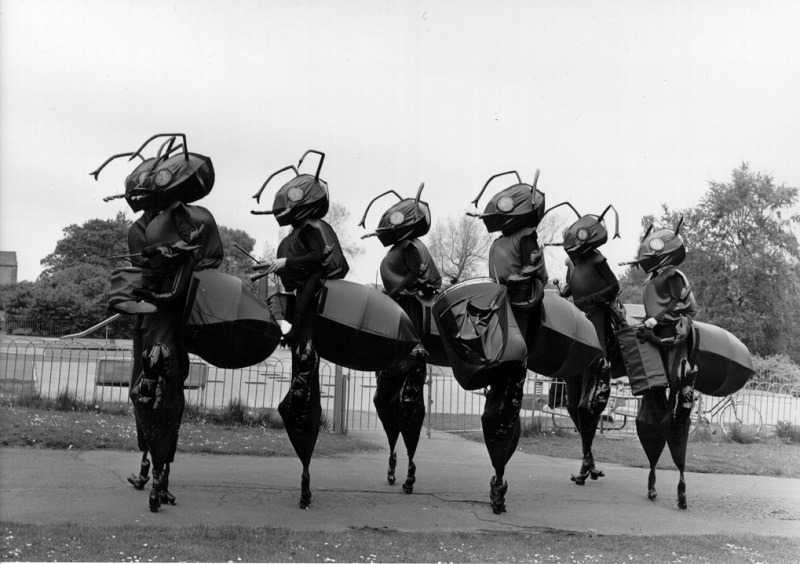 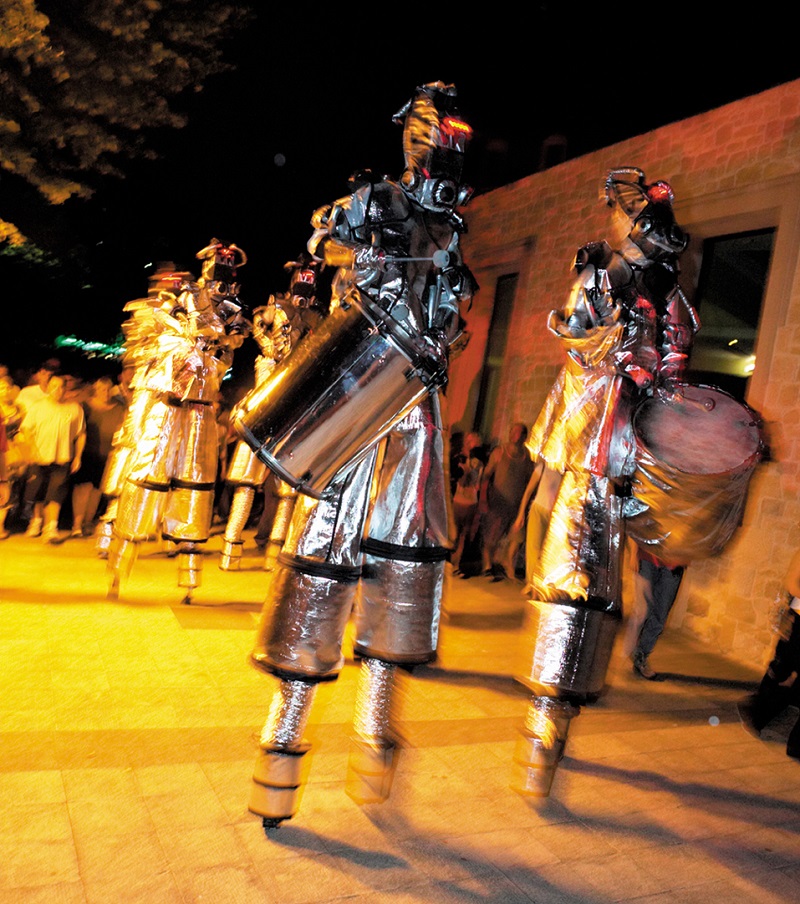 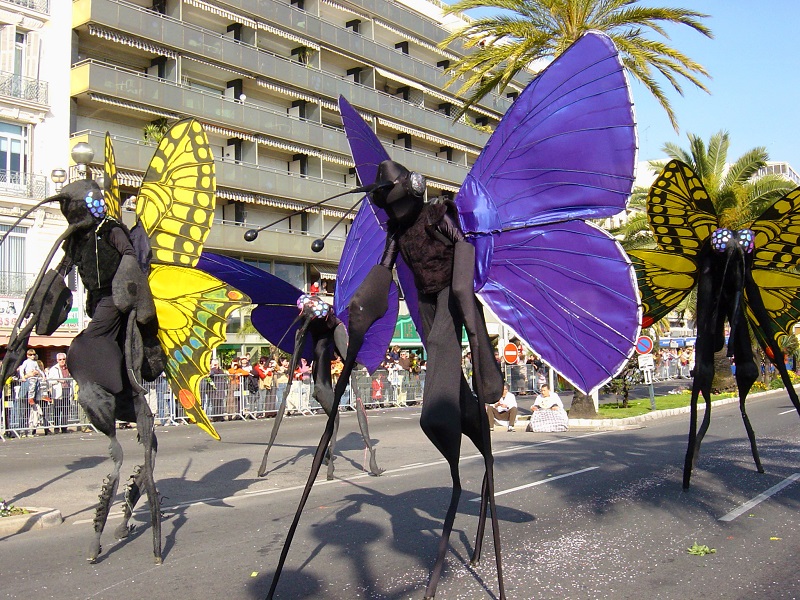 Thank you so much for your help in making the 2006 London St. Patricks Day Parade such a great event – it was a wonderful success and I appreciate the time and effort you put into making it so! The caterpillar was a key centre point in the parade, wowing all the spectators and getting many comments! Look forward to working together again.
Basra Events

I was completely blown away by NWSI and the impact they had on the kids, it was as if their world had changed once they saw them, because they never had conceived that creatures like that could exist.
Newhaven Festival of Arts and Ideas