Booking Nina Conti will have everyone in hysterics at your special event! We are a booking agent for Nina Conti and can arrange for her to entertain your guests. Nina Conti is a multitalented entertainer on stage and screen, a comedian, ventriloquist and actress she brings a hilarious energy to any performance. In the business since 1996, Nina Conti has worked alongside her mentor Ken Campbell on numerous shows, such as ‘The Warp’ and ‘Let Me Out’ a ventriloquist play which was especially created for Nina Conti by Campbell and led to her performing at coveted comedy showcase, The Edinburgh Fringe Festival.

Nina Conti first caught the public’s attention in 2001 when she won the BBC New Comedy Award. She has several ventriloquist characters but her most famous are the irritable and demanding ‘Monk’, a monkey, and the Scottish ‘Granny’. She has brought her fantastic act to many stages around the world, proving particularly popular in Australia where she appeared on panel show ‘Spicks & Specks’ and performed at the Melbourne International Comedy festival.

Also a regular presence on British television, Nina Conti has appeared on a whole host of shows including Russell Howard’s Good News, Black Books, Live At The Apollo, The John Bishop Show and QI among many others. She has also shown off her vocal talents voicing characters on Clare in the Community, a Radio 4 comedy programme.

Throughout her blossoming comedy career Nina Conti has won numerous awards one of which is a Maverick Movie Award for ‘Best Performance’ in the 2012 film ‘Her Master’s Voice’ which she wrote and directed herself. The film was a biography that documented Nina Conti as she took the puppets of her late mentor Ken Campbell to a place called ‘Venthaven’ which is known as the ‘resting place’ for dead ventriloquist’s puppets. It was also nominated for a BAFTA TV Awars. Nina Conti also participated in a number of comedy competitions where she has reached the final three, including second place in Hackney Empire New Act of the Year in 2002 and in the same year, third place in Laughing Horse New Act of the Year. The comedian has also headlined at prestigious London comedy venues such as The Comedy Store.

Additionally, Nina Conti has had three sell-out tours in the UK as well as a residency in New York. She has also recently taken the show across the globe to New Zealand. She is highly in demand in the corporate world, having performed her engaging and hilarious show for top brands such as Nokia, Adobe, Euromoney and Caspian Publishing. Nina Conti can tailor her comedy act to be suited to your guests, whether you want it rude or slightly more polite, the dynamic performance will have everyone in stitches.

Contraband is the UK’s top booking agent for comedians, with knowledgeable booking managers who guarantee you the best deal possible. Contact us today if you would like to book Nina Conti to be the headline of your event! As your booking agent, we are more than happy to help you create the most memorable moments with Nina Conti. 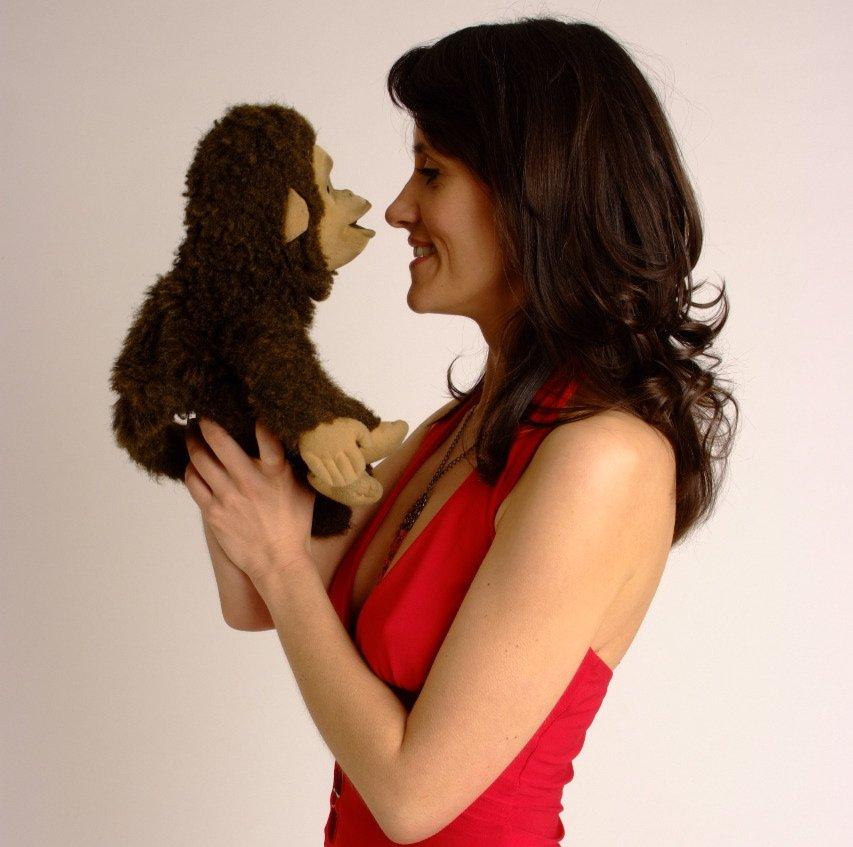 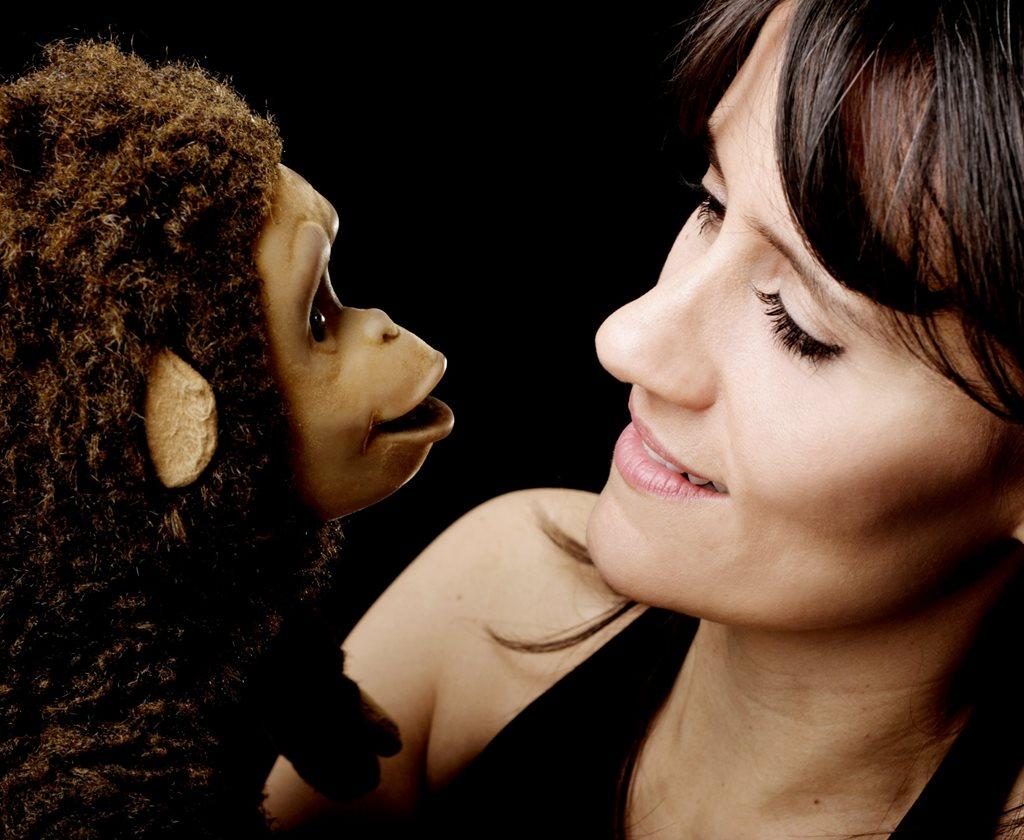 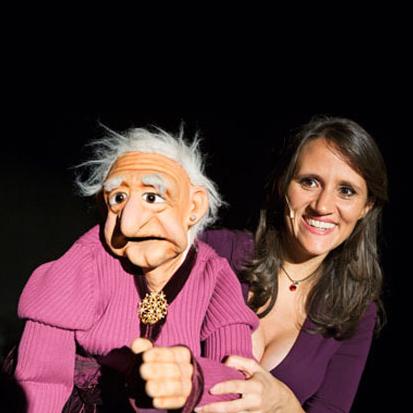 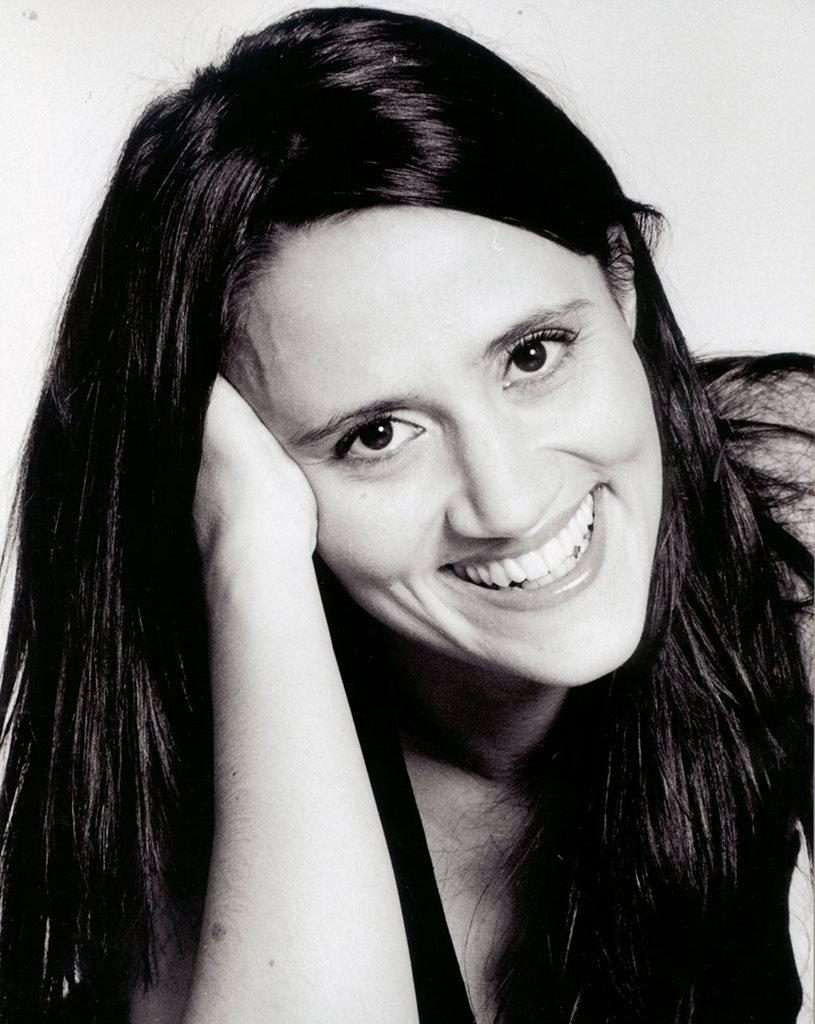 Monk
Monk is a cynical monkey who is continually insulting Nina, and swearing when he does not have his demands fulfilled. He often deliberately shows irritation towards performing on stage, as when Nina responds saying she doesn’t know if she has repeated her act on stage, Monk quickly vanishes into the bag and says: You’re on your own, bitch!. Monk also often disagrees with Nina Conti and makes her laugh at his words.

Granny
Granny is an elderly Scotswoman to whom Nina Conti refers as someone who is a lot like her own grandmother. Granny often chides Conti for the simplest things Conti has done; for instance, when Conti reveals she has two legs, Granny responds by saying “Oh, two legs? You’re spoiling me!” Her main act is to telepathically guess numbers or words, which she always guesses correctly. She also talks about her dead husband, Frank.

Face Mask
The face mask, rather than an actual puppet with a personality, is a mask that covers the lower half of an audience participant’s face and can be manipulated by a hand-piece held by Nina to make it look like the participant is talking. Nina Conti often uses this to put the participant in awkward and funny situations, such as making them say that they want nothing more to do than dance in front of the audience, while their body language suggests the opposite