Mugenkyo Taiko Drummers are the UK’s first and only professional touring taiko drumming group, and Europe’s most established performing company in this fast-expanding field. Through performing over 100 concerts a year, the Taiko Drummers have built a solid reputation for their hard-hitting and energetic performances since their establishment in 1994.

Mugenkyo Taiko Drummers present taiko in a modern and theatrical style – with precise choreography, dramatic lighting, and a variety of costumes ranging from the post-apocalyptic industrial to gorgeous earthy silks. The concert is extremely musically varied; powerful rhythms, huge taiko drums, delicate shinobue bamboo flute, expressive percussion and dance. Through their 12 years of rigorous touring, the Mugenkyo Taiko Drummers have developed a style that is uniquely their own. Retaining the traditional spirit of taiko, yet creating a thoroughly contemporary sound, Mugenkyo Taiko Drummers are forging a new path with their innovative approach.

Mugenkyo Taiko Drummers push the boundaries of Taiko with their various artistic collaborations. Recently Mugenkyo Taiko Drummers have toured with Hanayui from Sado Island, from the world-famous Kodo Drummers, appeared with electronic dance artist Kenji Williams at the Glastonbury Festival, toured with bellydance artist Lale Sayoko and co-wrote and performed “Yatra” a collaboration of South Asian and Scottish traditional music for the 2008 & 2009 Mela Festivals. In 2010, the Taiko Drummers collaborate on a joint project with saxophonist Tommy Smith and the Scottish National Jazz Orchestra.

Mugenkyo Taiko Drummers perform in Japan regularly: on invitation by the Japanese government to open the 2005 EU-Japan Year of Exchange, their 10th Anniversary Concert in 2004, and for the prince and princess at the British Embassy in Tokyo. To continue their ongoing training at the highest level, and further develop their strong foundations in technique,Mugenkyo Taiko Drummers return to Japan regularly, where founders of the group Neil and Miyuki lived and trained intensively in 1992 – 1994 with Master Drummer Masaaki.

In 2002 the Taiko Drummers established the Mugen Taiko Dojo: Centre for Taiko Drumming in the UK – the first purpose-built taiko dojo in Britain, based in rural Central Scotland. Under the umbrella of the Mugen Taiko Dojo, members of the Taiko Drummers tour an award-winning educational concert at schools, undertake educational outreach projects with local authorities all over the UK, and run in-depth courses for adults and weekend residential workshops at the dojo.

The Taiko Drummers are able to play completely acoustically, with no microphones, however if the venue is very large, sound amplification is recommended. Lightning plan can be provided on request.The Taiko Drummers also have travel drums which can be easily transported for overseas performances.

★ Have developed a unique style 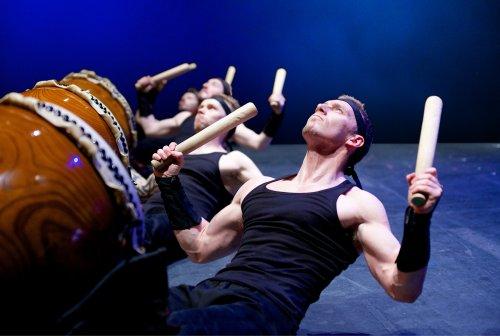 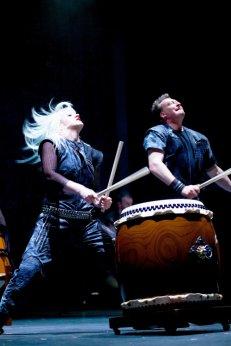 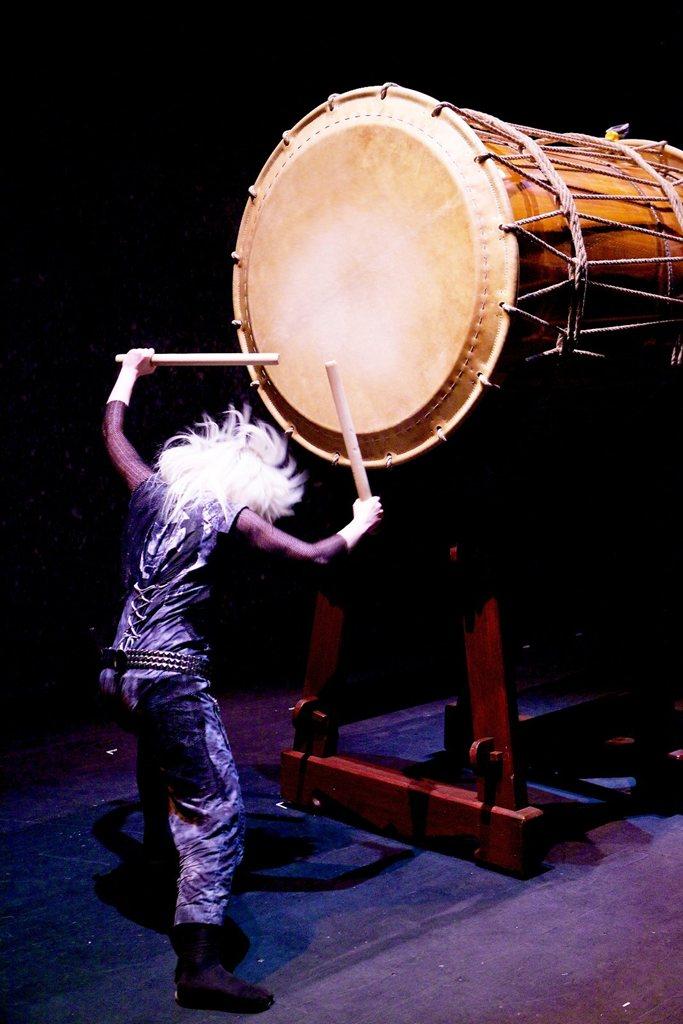 The members of Mugenkyo, Europe’s only professional Taiko drumming group, perform with what seems an unlikely combination of reckless abandon and metronome-like precision. Armed with wooden sticks, they whack their drums – which range from small, bowl-sized instruments to others the size of boulders – in a combination of synchronised movements reminiscent of tai chi. But there is nothing tai chi-like about the sound: a heady, relentless and rigid beat over which complex counter-rhythms are steadily added. From a soft pitter-pattering evocative of a slight rainfall to a thundering, eardrum-bursting shudder loud enough to wake the gods, these musicians display a remarkable control, with not a beat out of place anywhere.
The Scotsman

This show is not to be missed
Edinburgh Evening News

The conference was fantastic and we had such great feedback from everyone on the night to say how good the drummers were. They were such a lovely group and an absolute pleasure to work with, they were really cooperative and were understanding about a few changes that were made…Thank you so much for recommending them…
Travel Counsellors Ltd (via Contraband)