Fire juggling / spinning sets are also available on request.
The Jesters return with a re-write of their original venetian jesters themed stage show. This is a 7 minute visual high-energy variation of the popular Halo Glow Show by the same artists and also available through Contraband. The Jesters use props with super bright computer controlled LED lights to create fabulous patterns and textures in the air through their juggling and poi spinning. Client logos or messages can be set to appear in the show’s finale. See photos, info and video on the Halo Glow Show page.

The Jesters stage show can be combined with their walkabout crystal ball manipulation and meet and greet options for a full evenings entertainment. 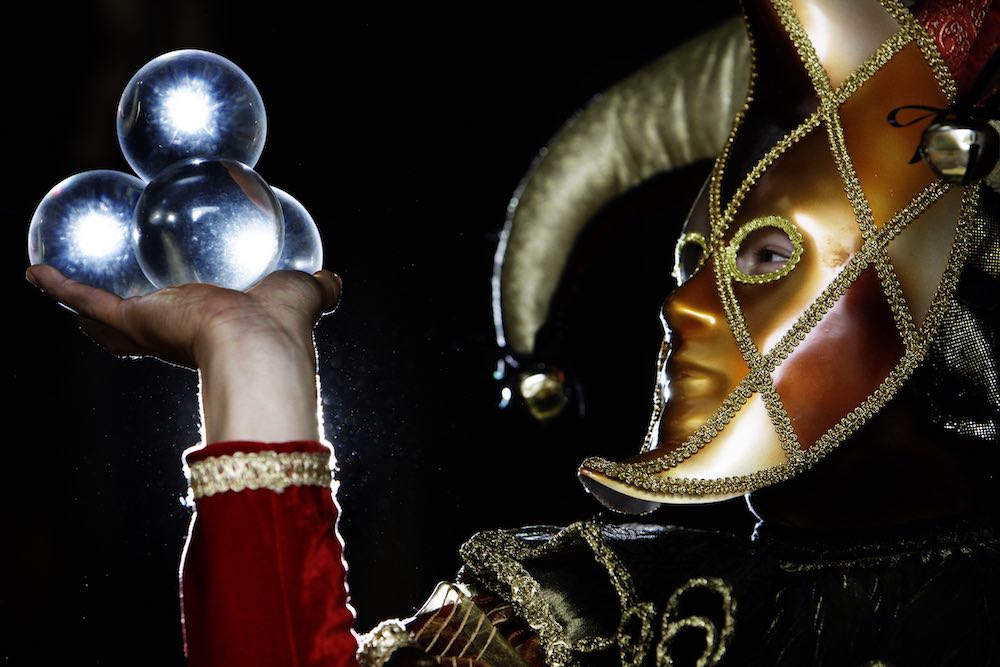 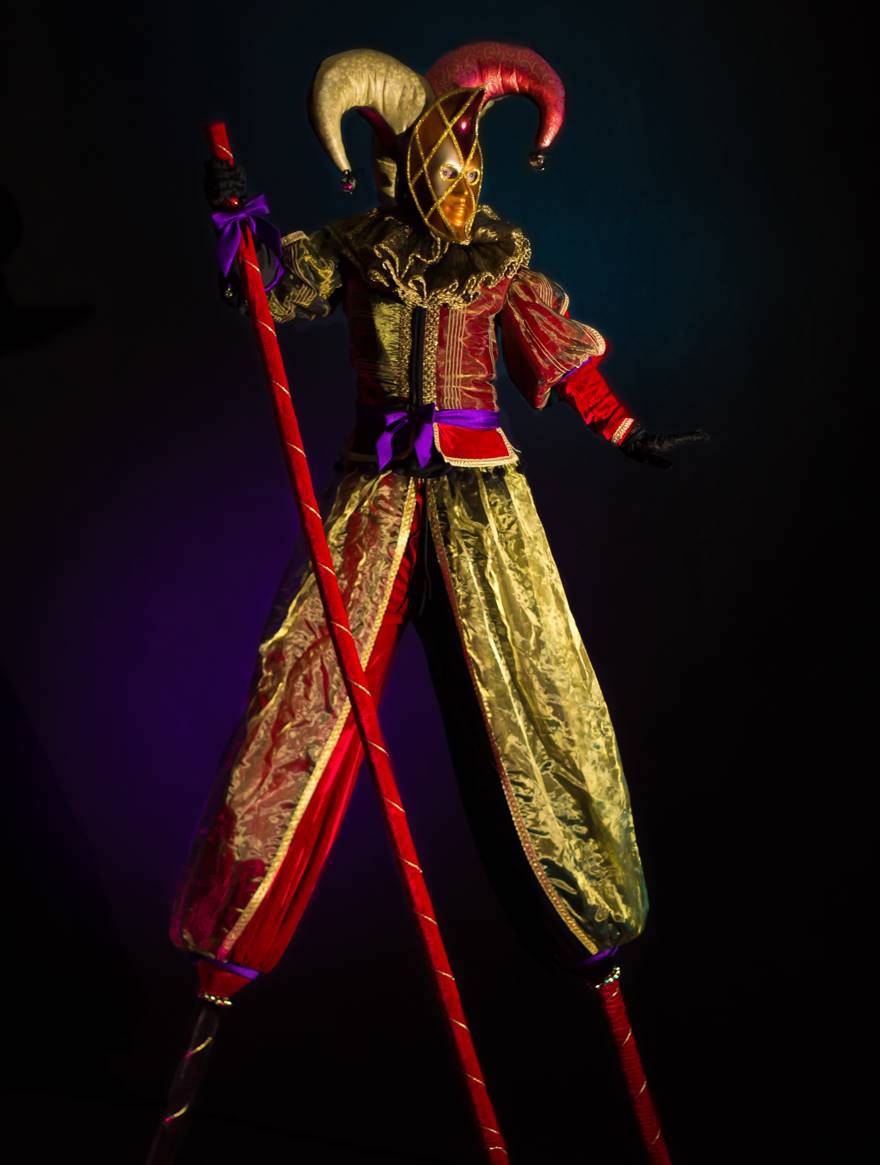 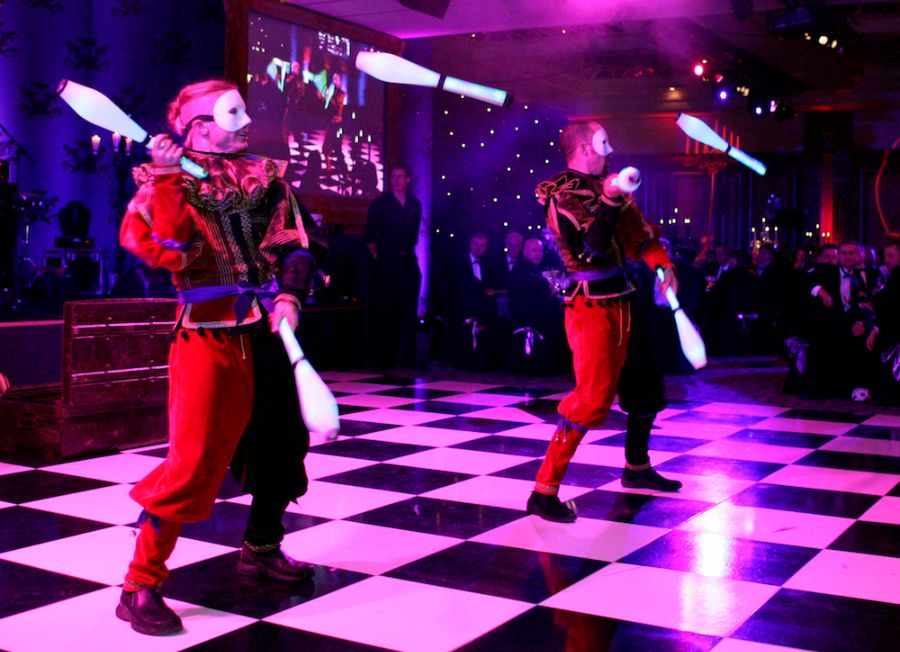 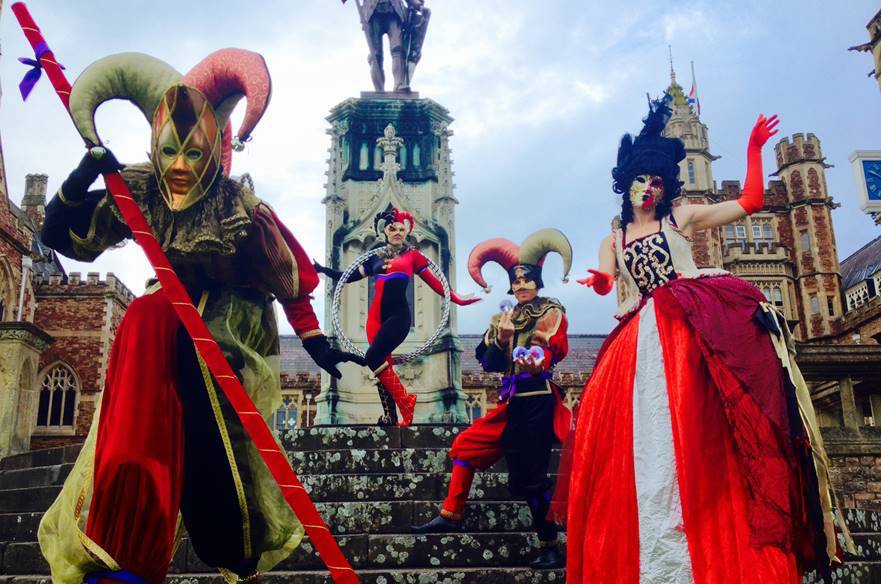 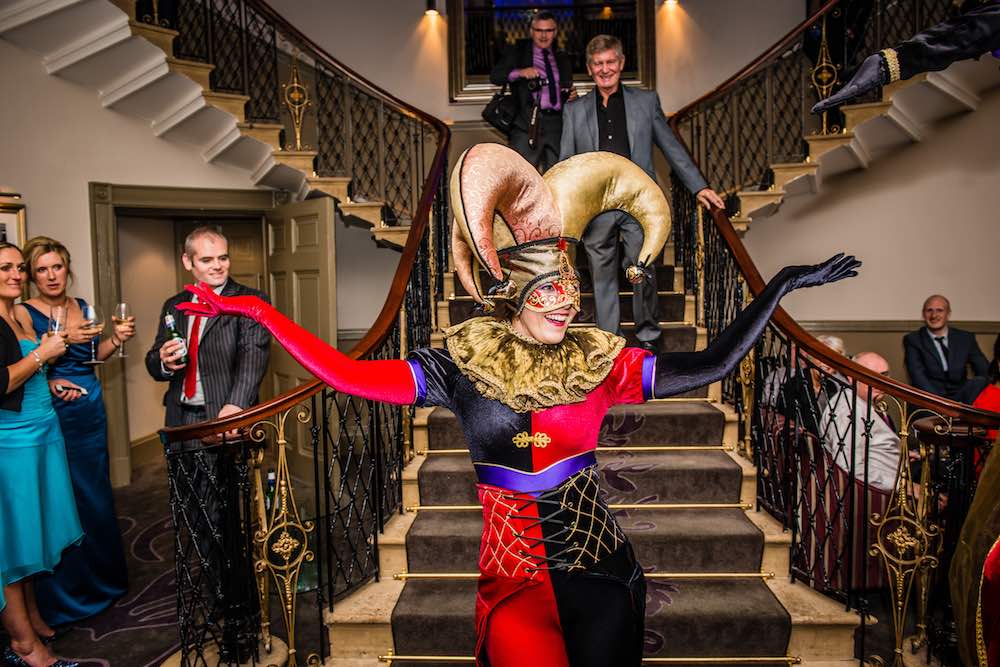 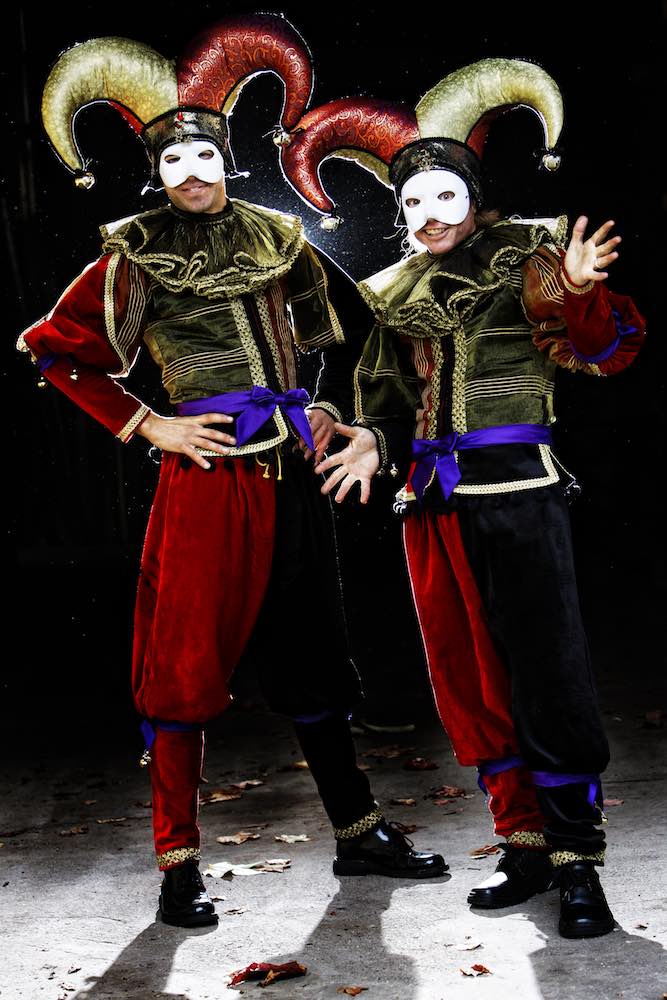 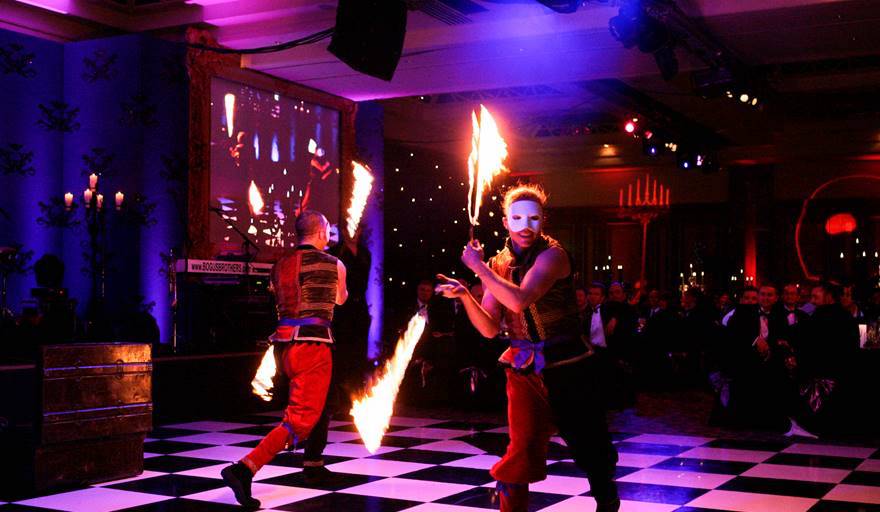 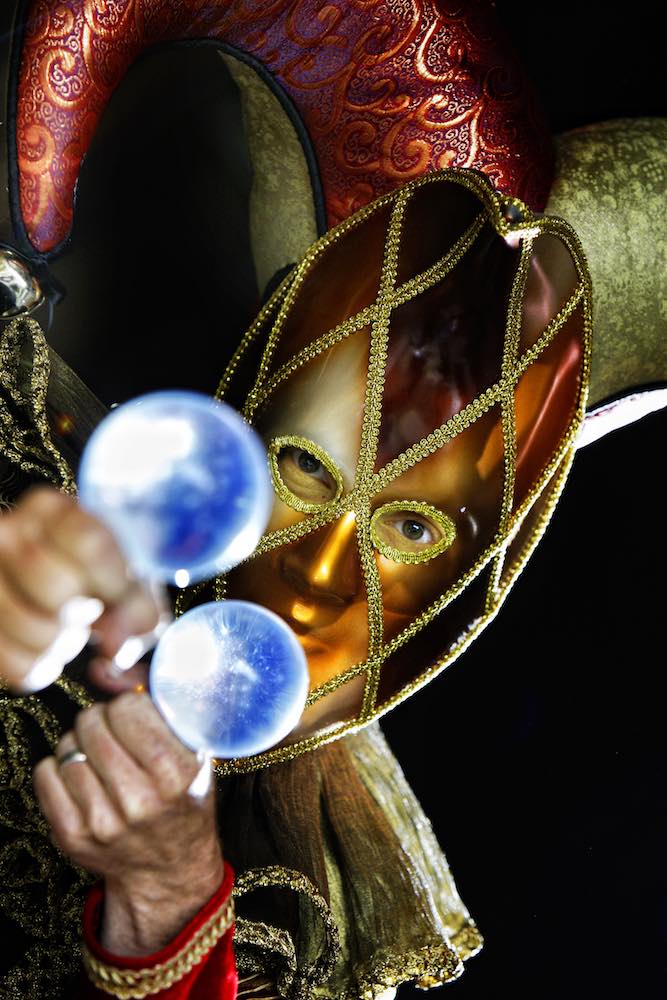 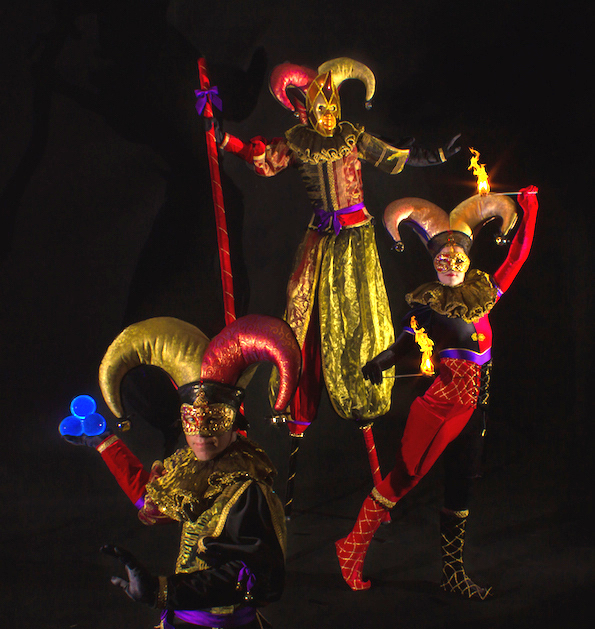 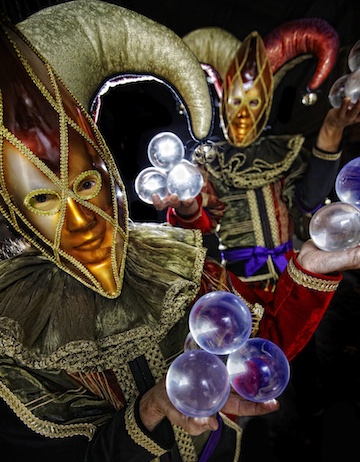 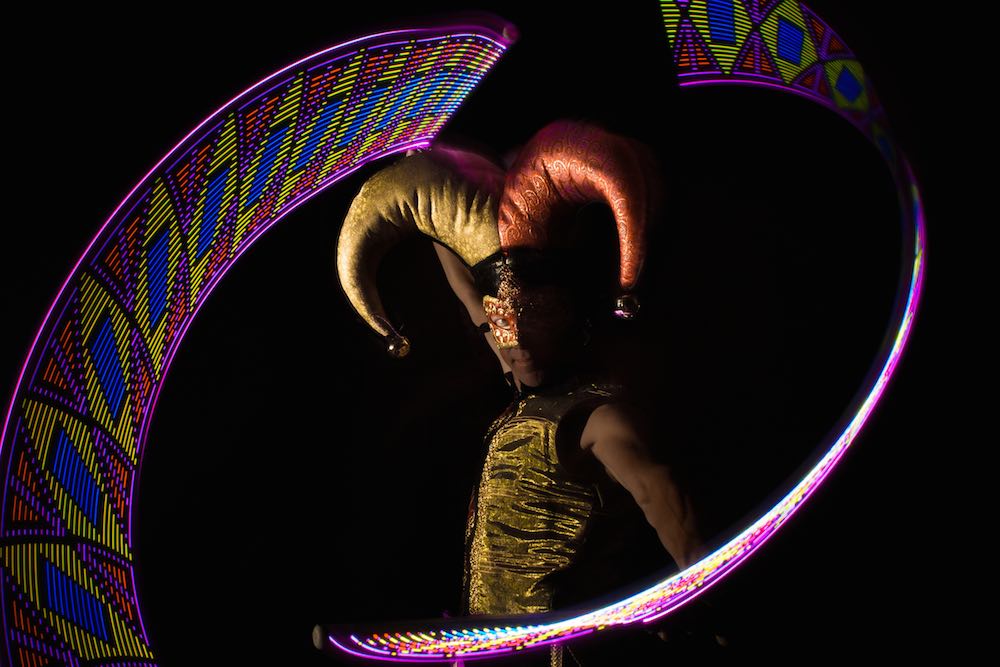 Moon Jesters were great! A few people commented on what a nice touch it was and were really impressed.
Proximity London

The Jesters were very professional, following a very light brief they were happy to simply get on with things, they moved to the required areas at the times set and gave a brilliant atmosphere on the event entrance and also on entrance into the gala dinner room. They were great to deal with. Please do thank them all for me, we were extremely happy with their performances and would definitely recommend them.
Travel Counselors Ltd

The evening went really well thanks. Dimitri, the masquerade Jester was really entertaining, and engaged the crowd very well!! Thank you for all your assistance!!
Intercontinental London Park Lane (via Contraband)

The Jesters team have been performing at corporate events, public festivals and exclusive private celebrations across the world for over 10 years including in more than 50 countries. Their other acts include Calvos Contact Jugglers, The FlameOz Fire Show and The Halo Glow Show.

The Venetian Jesters act has previously been booked for events such as:

And company parties at venues such as: The National Maritime Museum, The Park Lane Hotel, London and 41 Whitehall, London UK