Booking Mark Foster will motivate your audience! We are a booking agency for Mark Foster, and can book Mark Foster to speak at your event. Mark Foster Foster is a former world champion swimmer who has won multiple medals in international competition – representing Great Britain in the Olympics in 2000 & 2008, the world championships, and swam for England in the Commonwealth Games. Born in Essex, Mark Foster took up swimming at a young age after encouragement from his father who faced a fear of water and wanted his children to feel comfortable and safe around it. Taking this on board and carving out his own relationship with the element, Mark Foster took to swimming instantly and at only 15 years old was the fastest in the whole country.

It wasn’t long before Mark Foster was selected to be on the British team and participated in his first Commonwealth games in 1985. His competitive nature and unrivalled talent spurred him on towards success and he won his first official medal as an individual in 1990 at the Common Wealth Games in Auckland where he earned Bronze in the 50-metre freestyle. He states that it was one of his proudest sporting moments.

Mark Foster’s illustrious swimming career flourished as time went on and he was soon amassing a number of World Records to his name. The first of which was in the 50 metres freestyle short course in Sheffield in 1993, where he got a time of 21.60 seconds. Over the years he has added more titles to his accolades, breaking the world record for short course butterfly three times and building upon past achievements with multiple records in 50 metre freestyle with 8 world records overall. Although the aspirations for an Olympic medal remained just out his grasp he conquered many world and European championships and remains one of the most successful and respected swimmers in the country.

In 2008, Mark Foster came out of retirement to try his hand at the Beijing Games, bolstered by a recent win at the FINA Short Course World Championships he entered with high spirits and was asked to be flag bearer at the opening ceremony. Unfortunately, he missed his chance to grab a medal but has since had a popular career as a pundit and speaker.

A dedicated and passionate fundraiser for various charities, Mark Foster is a patron for The Anaphylaxis Campaign which works to help people with severe allergies. With a personal connection to the cause after his friend died from anaphylaxis, he entered ‘Who Wants to be a Millionaire?’ in 2009 winning £10,000 for the charity. In addition, he has helped fund-raise for children’s medical charity ‘Sparks’ as ca celebrity judge for the Miele Fashion Prize and is an ambassador for SportsAid, a UK charity that supports children who want to succeed in sport. He is also an ambassador for Pools 4 Schools which is a programme run by the Amateur Swimming Association that seeks to inspire primary school children to take up swimming.

Mark Foster has also appeared regularly on television, taking part in shows such as Through the Keyhole, Superstars, Celebrity Juice and Let’s Dance for Sport Relief. He swapped swimming goggles for dancing shoes when he participated in hit show ‘Strictly Come Dancing’ with dance partner Hayley Holt where he was voted off on week 6. He also contributes his swimming expertise and wisdom and as a commentator on various BBC Sports coverage of swimming events and competitions.

As an admired and driven swimmer, Mark Foster is a popular sports speaker who can help to motivate your guests, inspiring in them the self-motivated and ambitious outlook that helped propel him to wondrous heights in his swimming career.

Contraband is the UK’s top booking agent, with amiable, qualified account managers who guarantee you the best deal possible. Contact us today if you would like to book Mark Foster to be the headline of your event! We as your booking agent are more than happy to help you create the most memorable moments with Mark Foster. 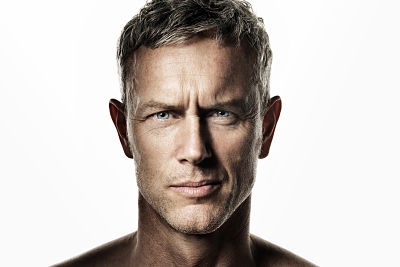 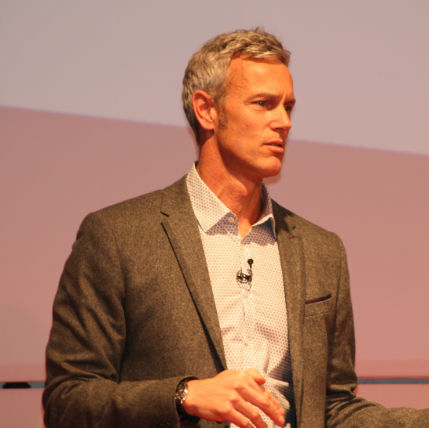 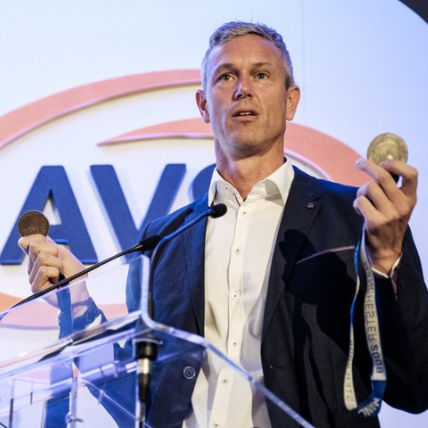 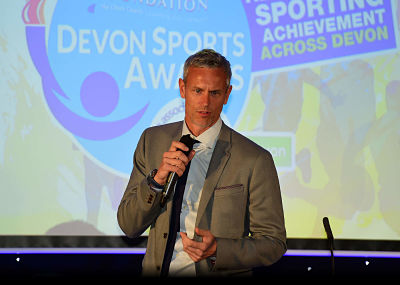 Mark was a speaker at Leicester Tigers for a game that we played against London Welsh. With over 300 people in the room, Mark used different techniques to keep everyone engaged and interested in what he was saying. With mostly business men and sports fans in the room Mark was able to conduct himself in a manner that suited both parties and children. Mark’s experience in life after sport was extremely interesting and our 1st team players took this in as something they need to start thinking about as well. The interactivity that Mark had with our guests was exceptional and spent over an hour signing autographs and having photos and it was a pleasure to host him and have him as our guest speaker.
Leicester Tigers

Everything went to plan and we want to thank you so much for your help. Mark Foster was excellent and we shall be back next year for another sporting champion!!
Active Tameside