Ernest and Reginald are two incompetent, irreverent and yet excessively charming undertakers en route to a funeral service. In accordance with the last wishes of the deceased, they transport their coffin via some of the deceased’s favourite haunts for one last visit. All is, however, not entirely as it seems. The duo have become hopelessly lost, not helped by their incorrect map, spinning compass and broken sextant and they have been separated from the rest of the mourners. Worse still the coffin is starting to emanate an ever, increasing cacophony that threatens to reveal their secret skullduggery.

And so the pair find themselves cajoling passers-by into map reading and pall-bearing assistance. They dismiss the muffled moans and knocking noises as mere muscle spasms and post life bodily functions to hide the murderous truth, the deceased body has been secretly swapped for that of their chloroformed troublesome boss!

The weary gents take restorative picnic stops sat atop the coffin with cups of tea and slices of cake and in mischievous accordance with the wishes of the deceased (as read out from his will), Ernest, Reginald and enlistees dance a surreal merry jig in his honour to his requested music Sentimental Journey. The Lost Funeral is a head-turning comedy walkabout show that puts the ‘fun’ back into ‘funeral’ and says “Boo!” to taboo.

The Lost Funeral : Testimonials | Videos | Book for your event

★ They bring eccentric contributions to events 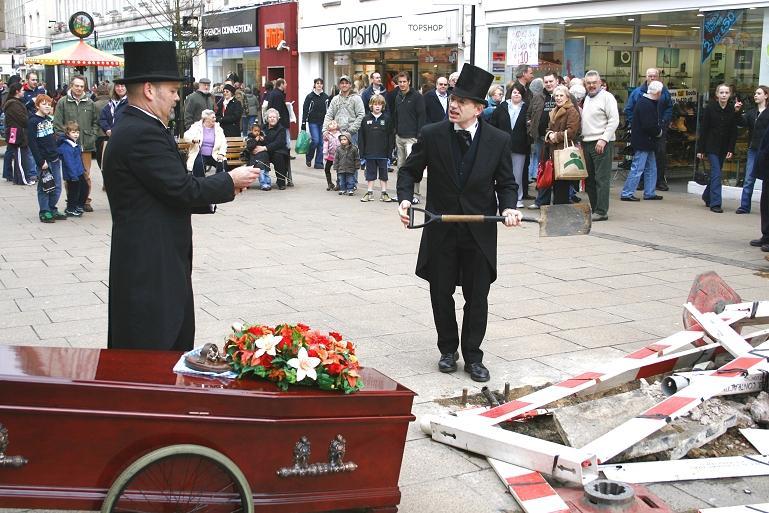 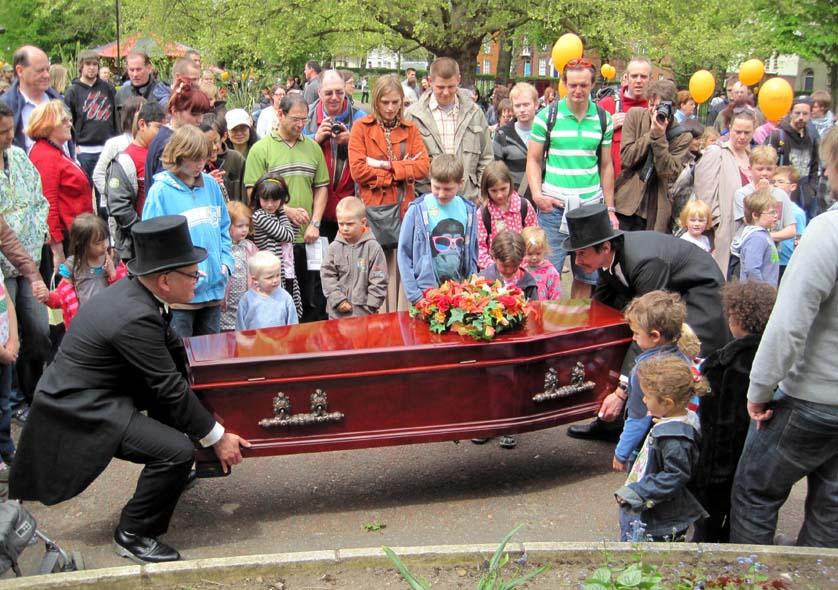 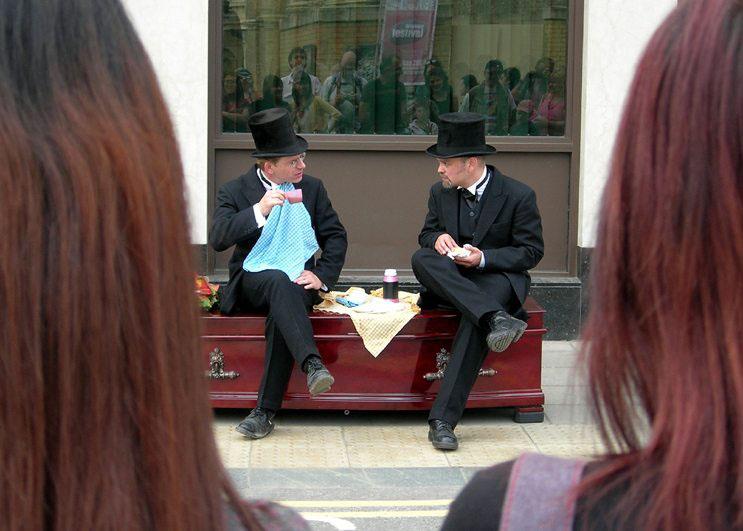 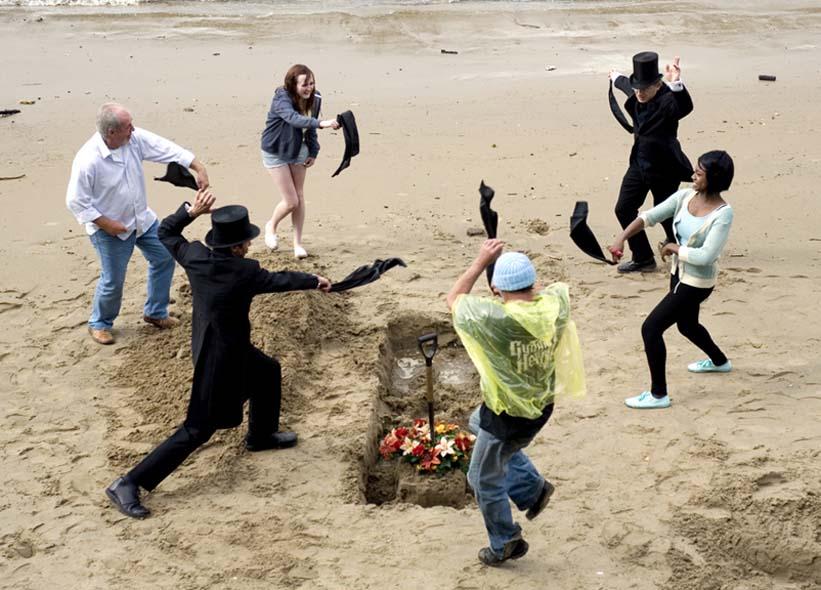 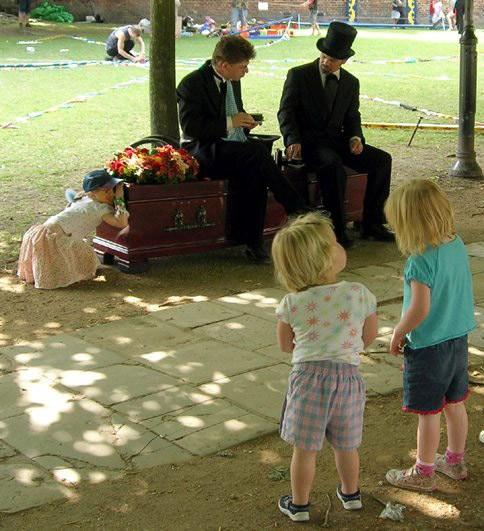 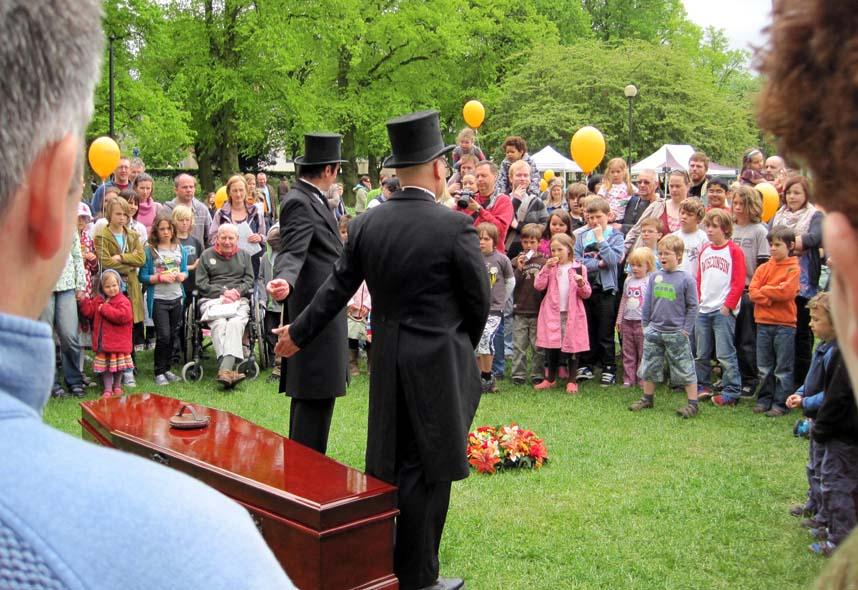 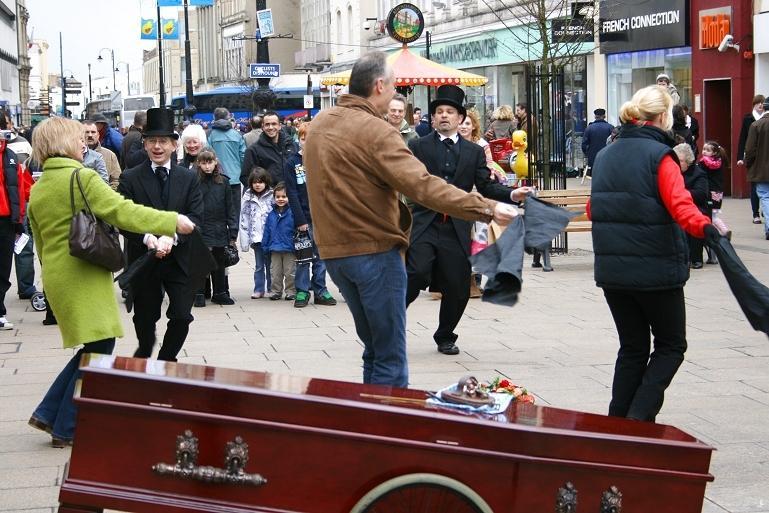 I got more feedback about him than anyone else
Private Client

An eccentric contribution to the festival. Many Thanks
National Theatre London

Video of The Lost Funeral

Check out other Walkabout Comedy Acts