Laura is one of the world’s few female sleight of hand artists & close-up magicians. Her card skills are exceptional as was noted by the critics at the Edinburgh Fringe who watched Laura London: Cheat, a show Laura wrote and devised. It tells the story of a female cardsharp in the 1920s who made her living cheating at poker. The story was brought to life with great story telling and Laura’s own incredible skills.

Laura’s interest in magic began when she was only 10 years old, when, for a birthday present, she was given her first magic trick by a family friend who just happened to be a magician. Just one week after her 18th birthday, she became the youngest ever female member of The Magic Circle.

At the start of her career Laura concentrated on a wide range of close-up magic while experimenting in mind reading and stage illusions. Within 6 months of becoming professional, she landed her first TV show called Playing Tricks, a ten-part street magic series featuring Laura as the only female among six magicians.

Her other TV credits include ITV1’s ‘The Next Great Magician’ and ‘Penn and Teller’s ‘Fool Us’, ‘The Magic Party’ for BBC NI and ‘Children In Need’.

Born in London and having lived in the city all her life, Laura is currently the ‘magician of choice’ at fashionable London venues. She holds residencies at the Café de Paris, the Hippodrome, Scarfe’s Bar at the Rosewood hotel and the Black Cat at the Café Royal. She has had the honour of performing for the Prince of Wales on several occasions and also for Her Majesty the Queen at Buckingham Palace. Virgin Atlantic take her all over the world to entertain at some of their most high end presentations. Laura has performed in Miami, New York, LA, Sydney, Beijing, Hong Kong, Tokyo, Mumbai, Johannesburg and Dubai. She has also made appearances at Download festival, Glastonbury, Sonisphere, Love Box and SFX.

Female close-up magician Laura is well known and respected within the world of magic. She is a member of the Magic Circle; she invents magic tricks and designs special playing cards which are sold worldwide to the magic community. From time to time Laura stages specialist sell out workshops for professional magicians under the title of London Presents.

Laura’s Performances:
Laura can entertain clients in several formats dependent on the type of event, layout and style of venue and number of guests. She is happy to discuss an individual event and create something bespoke for a client if required. See below the three standard performances for private and corporate events

Close-Up Magic
At dinners, receptions, parties, premieres and trade shows. Whatever your event, Laura’s close-up magical show and charming personality will keep your guests entertained in a walk-about environment or around your tables.

Laura’s ‘Card Parlour’.
Laura invites your guests to gather round her table at receptions or after dinner, as she performs magic and card cheating demonstrations. Each performance lasts 15 minutes, can have up to 15 people around the table with 3 performances an hour.

Intimate Dinner Party.
A unique experience, Laura will join you and your guests around the dinner table and share the story of Geraldine Hartmann, a cardsharp from the 1920s’s. She also performs card-cheating demonstrations that were described in Geraldine’s personal journal. This is an adapted version of Laura London: CHEAT, her 4-star reviewed one-woman show as seen at the Edinburgh Fringe 2016.

★ At 18, she became the youngest ever female member of The Magic Circle 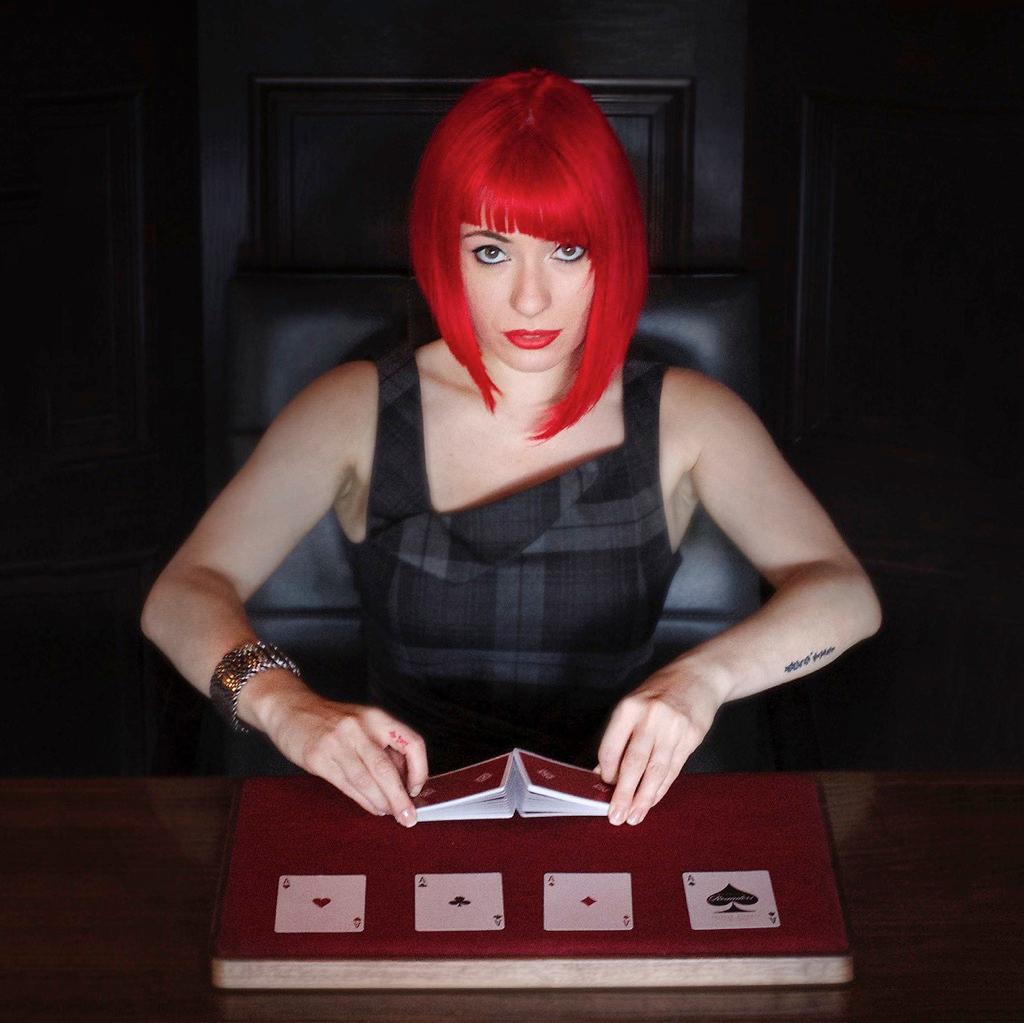 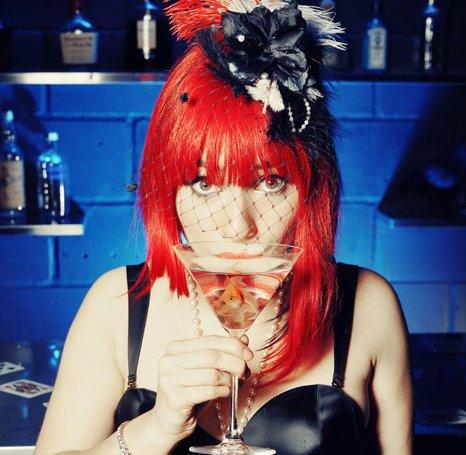 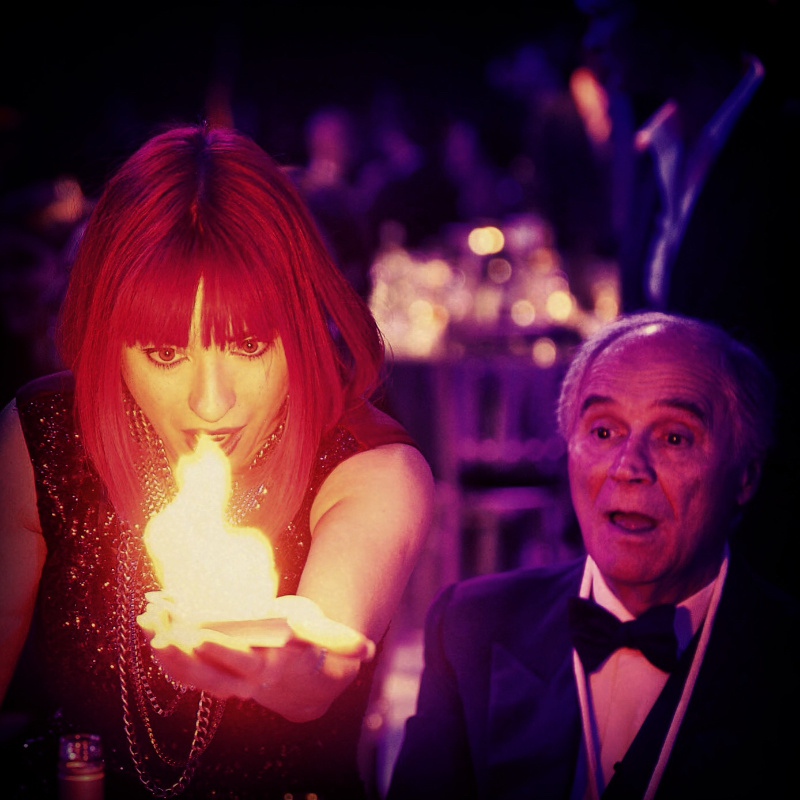 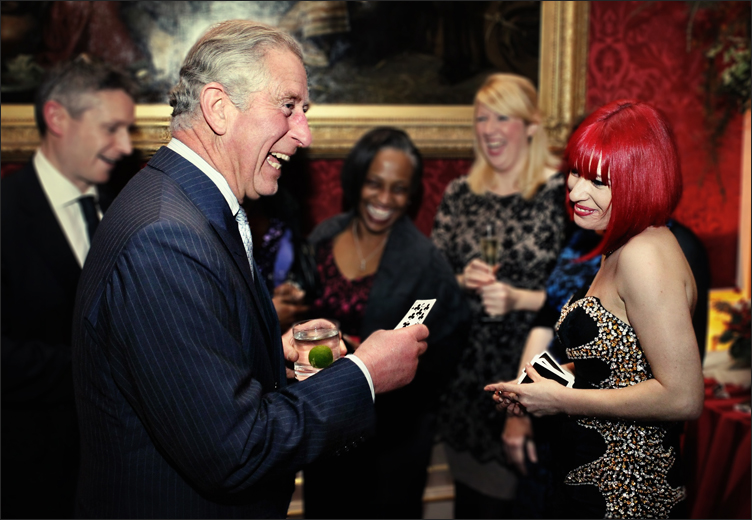 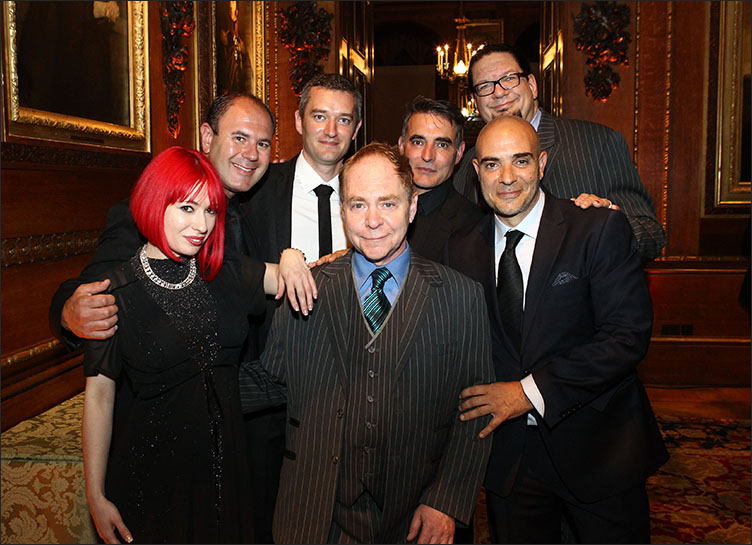 She is Superb
Stephen Mulhern

Last night was a success and Laura was excellent.
Campbell Johnston Clark

I’ll bet she can make this porsche dissappear
Porsche

Can I just say a big thank you for all the performers they were truly wonderful!!!The guests loved them and they all worked incredibly hard, especially as there were queues to see them all and they got through a lot of people on the evening! All were great fun and they were all really professional, please do pass on my comments.I will definitely be contacting you again if we need performers as they were first class and handled the high volume of people commendably! Please stay in touch and hopefully we can work together again soon!
Vinopolis

Pete and Laura were great, the client loved them and the guests were truly baffled! Thanks for all your help, I will keep you up to date with the activity we have lined up this year.
BD Network

Doc Insane & Laura were brilliant, it was the best Xmas party ever…Laura was a big hit and her show was amazing. I will definitely recommend Contraband to my clients and hopefully they will get in touch.
Sold Out Advertising (via Contraband)

The event was great thanks and all the performers did a fantastic job. Laura was fab. Energetic, amenable and talented. She had people in the palm of her hands and worked the rooms brilliantly. She went down a storm and her magic was first rate…
Perspect Consulting Ltd (via Contraband)

I was just hoping that you would be able to pass on our thanks to Laura and Martyn the magicians and Sarah the balloon caricaturist. Everyone was very impressed by both acts…
BNY Mellon (via Contraband)

Laura was fantastic. She was very friendly and was great at networking with the guests.
Energy Industries Council (via Contraband)

Laura was fantastic as always….
The Bank of New York Mellon (via Contraband)