Booking Labrinth will cause a storm at your special event! We are a booking agent for Labrinth, and can arrange for him to perform for your guests. Labrinth is the multifaceted rising star of British music. In fact, he has more in common with Americans such as Prince and Pharrell, those do-it-all types who refuse to fit into any single genre category, write their own songs, produce them and play many of the instruments on the tracks. He has already enjoyed considerable success; his first two singles Let The Sun Shine and Earthquake stormed the top 3 with the latter selling over 550,000 copies. And now he’s about to demonstrate his abilities across a range of sounds and styles on his debut long-playing record, Electronic Earth, an album that will establish the boy born Timothy McKenzie in Hackney, London in 1989 as a mercurial one-off, a maverick of the UK scene.

It was perhaps inevitable that Labrinth would become a super-eclectic singer, writer, producer and musician, given the breadth of his musical upbringing. The first record he remembers making an impact on him was Curtis Mayfield’s Pusherman, which he heard when he was 12. That was his introduction to classic street soul. As for contemporary R&B, it was Jill Scott, Busta Rhymes and the latter’s Flipmode Squad that turned his head. But the young Labrinth soon expressed the diversity of his tastes by embracing all of the styles of music that he heard at school in Stoke Newington, incidentally the same one attended by Paloma Faith and Professor Green. “It was very multicultural and diverse,” he recalls. “There were grunge kids, hip hop heads, every type of person. It had a sponge effect on me, and I sucked all the energy in. That played a part in me becoming an artist.”

To say that Labrinth came from a musical family would be something of an understatement. His mother sang in a choir with her seven sisters, and they used to tour churches with his grandfather, a gospel singer who released an album in the 70s. His dad was a guitarist and singer, and his uncle ran the London Community Gospel Choir.

Meanwhile, of Labrinth’s eight brothers and sisters, all but one ended up working in music, and each proved an inspiration for him growing up. “My older brother Jamie inspired me to want to produce,” he admits. “He used to bring home Atari equipment and old-school Cubase that made me want to make beats. One of my other brothers would bring home basses, guitars and drums, and I used to try them out.” There were instruments all over the family’s three-storey house in Clapton, and soon Labrinth had taught himself to play guitar, keyboards and drums.

Somewhat precocious, aged 13, Labrinth would offer instructions to local musicians at a studio in Hackney where one of his brothers worked.
“They thought, ‘Oh my God, he’s crazy!’” he recalls. “They also thought, ‘He’s going to be big.’” Sadly, one day, when he was 15, an uncle and one of his brothers had a disagreement, and the former removed all of the musical equipment from Labrinth’s house. Suddenly, he was bereft. “It burned my soul.”

But it had a galvanising effect, making him realise he needed to take matters in his own hands and find a place where he could make music and not have to rely on anyone else.

Luckily, his mum found him a manager, who was able to channel the teenager’s prodigious abilities. A member of 90s outfit A Homeboy, A Hippie & A Funki Dredd, Marc Williams was teaching at the local college when he was put in touch with Labrinth. Marc, Labrinth’s future mentor, manager and business partner, taught him to explore every aspect of the game, from engineering to composition and music theory. He also impressed the young musician by playing him everyone from George Benson and George Clinton to John Coltrane.

“Hearing A Love Supreme blew my mind,” reveals Labrinth. “It made me realise I needed to up my game.”
With Marc’s encouragement, Labrinth started writing songs and recording them himself in the studio. “He allowed me to be as wild and crazy as I wanted to be,” he says. “I was like a kid running through fields, throwing paint where I wanted to. That really turned me into what I am today. He saw that passion in me. He was like, ‘Do your thing, man.’”

When he was 17, Labrinth began working on the music that would eventually get him noticed and earn him a record deal and the acclaim of his peers. Around this time, his songwriting changed course after a friend played him the edgy pop of Blondie and David Bowie. “I had been very much in my own abstract sound world, in the studio,” he explains, “and hearing those artists made me understand about constructing pop songs. It took me to another level.”

In 2007, Labrinth proved his studio chops when he produced the debut album by Master Shortie. His commercial breakthrough came in 2010 with the #1 success of Pass Out and a recording deal with Simon Cowell’s SyCo label. “Simon was a big fan of mine,” says Labrinth. “He calls me his little crazy genius. At first he thought I was just some R&B guy. Then he heard my songs – which include jazz, country, rock, pop and blues – and he realised I’m much more than that.”

Labrinth spent 2011 playing festivals, touring and generally “getting to know my audience and getting to grips with the playground”, as he puts it. And he worked on his debut album, Electronic Earth, which he wrote and produced and played most of the instruments on. It is, needless to say, a wildly eclectic affair, ranging from the electronic dance of Last Time, the retro-nuevo stylings of Express Yourself and jungle-trance-pop melange of Climb Aboard to epic ballad Beneath You’re Beautiful and Treatment which essays a brand new style: urban emo.

“For Last Time I was listening to Kraftwerk and Daft Punk – a lot of German and French sci-fi electronica – and I thought I’d do my own version of that. It’s got an odd chord structure, and disco strings at the end. It’s me doing a Quincy Jones: making a pop song with loads of little details underneath so that, after listening to it for weeks, you go, ‘Wow, where did those horns come from?’”

“Climb Aboard,” he goes on, “was like musical painting. I always loved jungle as a kid, the swagger and the chatting, and I wanted to combine it with trance and pop, with the sort of big block vocals you get on Queen records.”

Express Yourself, he furthers, came about after he was invited to come up with music for a Nokia TV advert that required “something old-school but new”. “It’s a cover,” he grins, “but it’s got a few tricks up its sleeve.”

And the grandiose Beneath You’re Beautiful, featuring Emeli Sande on vocals, is typical of Electronic Earth in its refusal to conform to stereotypes. “It’s my big ballad moment,” he says. “Nobody expected me to do a ballad, so it became a bit of a statement. It’s got all the bells and whistles on it.”

There will leftfield pop on there, and rocky-folk he says of the album that will, he feels, carve out a special niche for himself in the marketplace. “I don’t know many UK artists who sing, write and produce their own stuff and play guitar, bass and piano.” But this isn’t a culmination, he warns, it’s just the beginning. “I want my name to be about expecting the unexpected, and making great musical leaps,” he asserts. “Just when you think you’ve got me figured out, my next record will make you go, ‘Oh my god, I don’t know who the hell this guy is!’ That’s the kind of artist I want to be: a musician going on his own unique journey.”

Contraband is the UK’s top booking agent, with receptive, professional account managers who guarantee you the best deal possible. Contact us today if you would like to book Labrinth to be the headline of your event! We as your booking agent are more than happy to help you create the most memorable moments with Labrinth.

Labrinth : Videos | Book for your event 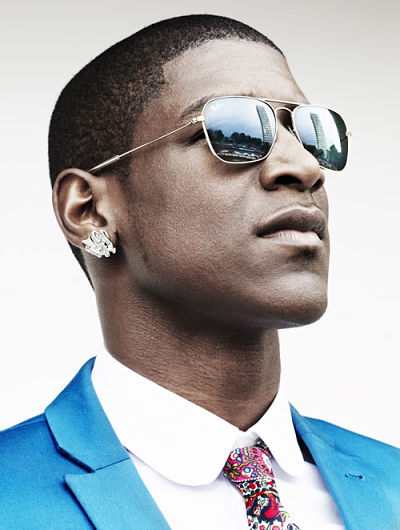 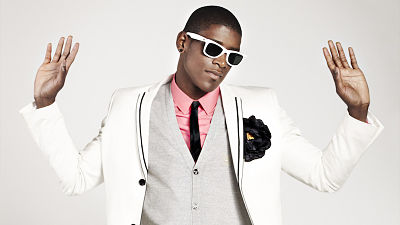 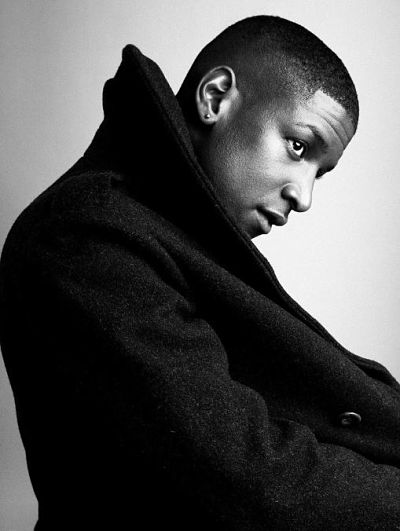 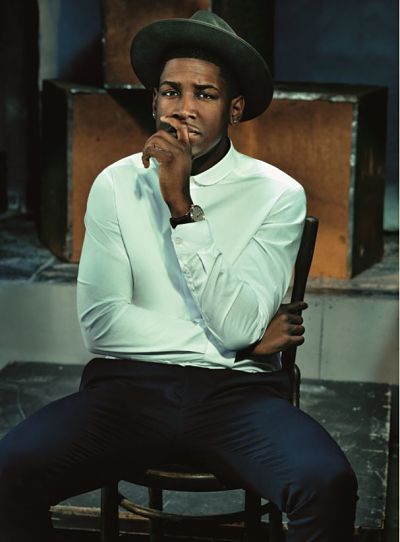 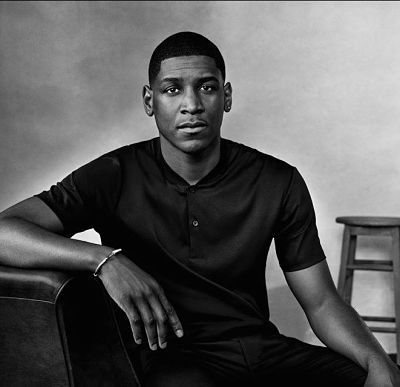 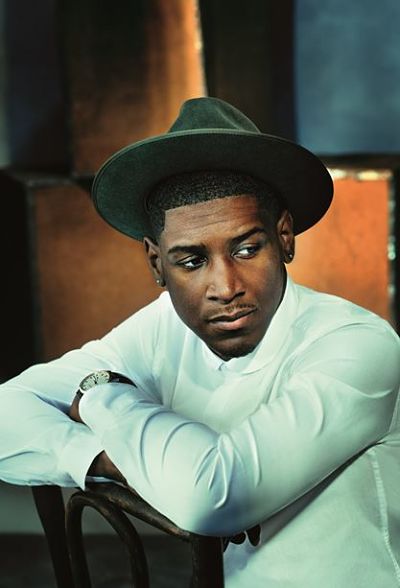 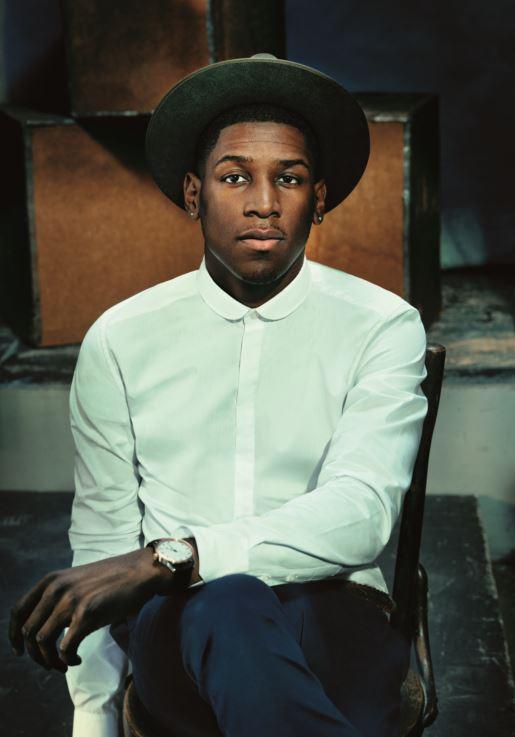 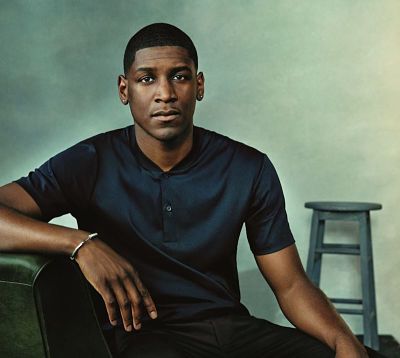