The Harp & Vocal Duo have been performing at corporate events and private parties for many years and have a huge repertoire for you to choose from. They can perform with just harps, a harp and cello or harp and vocals.

Harpist Katya
Katya is one of the few harpists in the UK who plays both a full-size concert harp, and a small, strap-on electric harp. She creates a relaxed atmosphere at corproate events and private functions, and works perfectly for wedding entertainment. A gifted classical and jazz harpist, she recently embarked on a residency under Deborah Henson-Conant, the worlds foremost electric harpist, in the United States.

She studied the harp with Eira Lynn Jones at Chethams School of Music, in Manchester. She spent her early years training as a junior at the Guildhall School of Music and Drama, under the guidance of Charlotte Seale, where she was later offered a scholarship to pursue fulltime studies.

She has performed internationally and at many prestigious venues in the UK including St Johns Smith Square, the Royal Albert Hall, the Barbican Centre, LSO St. Lukes, the Bridgewater Hall in Manchester and has performed for HRH Queen Elizabeth II at Windsor Castle, at the House of Lords, in the company of Prince Charles at St. James Palace, and for HRH the Duke of Edinburgh at the Senate House in Cambridge. She performed at George Bests Memorial Service at Manchester Cathedral, and for George Martins Birthday Celebration at GSMD.

She has enjoyed much collaboration with various solo instrumentalists, orchestras, singers and pop groups. Recent collaborations include playing with The Noisettes, the Emily Dankworth Jazz Quartet, her harp & vocal duo – Katya & Phoebe, and The Staircase Band, providers of whirling gypsy hurly-burly, Balkan beats and Klezmer.

Mezzo Soprano Phoebe
Mezzo Soprano Phoebe Haines has studied at the University of Cambridge, The Royal College of Music, and now The Guildhall School of Music and Drama. Originally a saxophonist, Phoebe began her formal training as a singer at the Junior Guildhall School of Music and Drama, under the masterful guidance of Mollie Petrie. A native of Brighton, Phoebe was meanwhile studying as a music scholar at Brighton College. As a jazz musician, Phoebe has played at Montreux Jazz Festival, London Jazz Festival, Budapest Jazz Club, Rome Casa Del Jazz, The Vortex, and Charlie Wright’s amongst others, and trained under Bill Ashton OBE at the National Youth Jazz Orchestra.

After graduating with a Double First from the University of Cambridge, Phoebe has continued to study and perform in a wide range of musical styles. Her interest in modern composers has always been a prominent feature of her work, and her love of contemporary music was cemented in summer 2012 when Phoebe had the great honour of working with legendary contemporary composer, Louis Andriessen. Phoebe played the eponymous heroine in Andriessen’s operatic monodrama, Anaïs Nin, for Tête-A-Tête Festival at Riverside Studios. Reviewers commented on her ‘strong’ and ‘sagacious’ qualities. Phoebe is now delighted to be working with Andriessen on another of his monodramas, Hadewijch.

Phoebe looks forward to continuing her studies this year at The Guildhall, under the expert tuition of John Llewellyn Evans. She was a soloist in Iain Burnside’s Poets’ Echoes at GSMD (February 18th 2013), and Feuilletons (May 2013), and sang the role of Dorabella (Cosi Fan Tutte) in GSMD Opera Scenes. She has also performed a selection of Russian song repertoire at 22 Mansfield Street and The Pushkin House. Other recent recital venues include Villa Ephrussi de Rothschild (Monaco), Giardini La Mortella (Ischia, Italy), Villa Del Balbianello (Como, Italy), Belvoir Castle, Bloomsbury Ballrooms, The Handel House, Christchurch Spitalfields, The Savoy Chapel, and the British Embassies in Rome and Budapest.

Phoebe is incredibly grateful for the continued support of The John Wates Charitable Trust, and Talented Unlimited, and she is delighted to be giving a series of lectures on ‘Mozart’s Women’ for Opera Prelude at The Cadogan Hall. Phoebe will be singing at Aldeburgh for the first time this year, as chorus for Opera North’s production of Peter Grimes. She is honoured to be returning to Opéra de Baugé this summer to sing the role of Prince Orlofsky in Die Fledermaus, in a new multi-lingual production conducted by James Southall.

Standard Length of Performance:
2 x 45 minutes either as a duo or as soloists.

★ Can be booked as a duo or soloists

★ Combine the harp with harmonic vocals 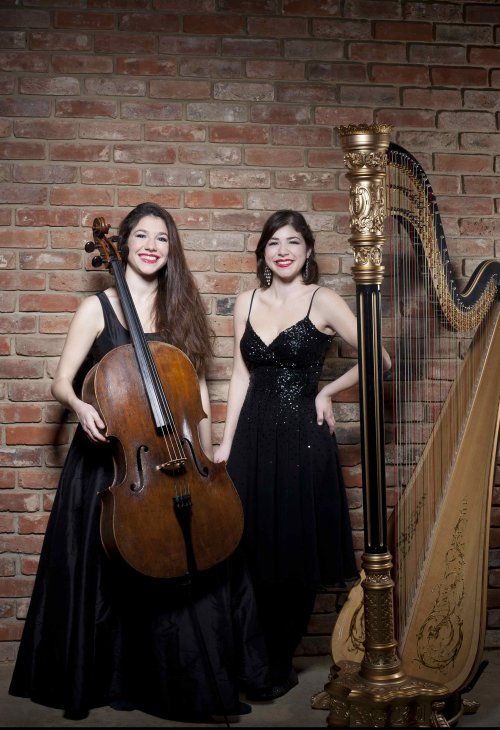 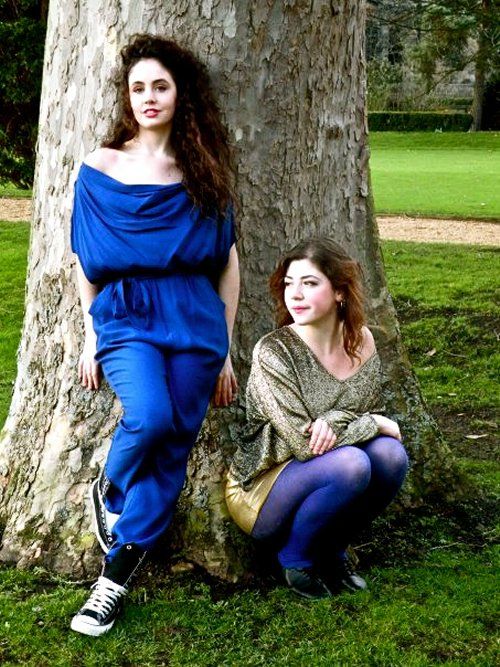 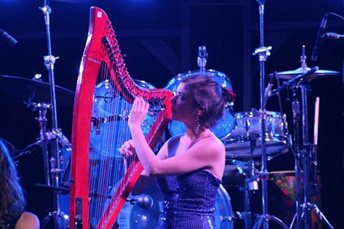 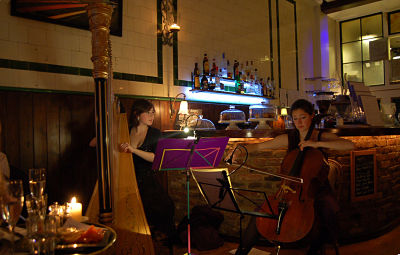 On stage, Katya demonstrates great flair, poise, and the natural communicative skills which cannot be taught. In short, the audience adored her, and it was a joy to share the stage with her.
Deborah Henson-Conant, Grammy-nominated Harpist

If you want to add a touch of class to your special occasion, I would highly recommend these two wonderful musicians. Proficient from start to finish, I dare you to find more accommodating and accomplished professionals than these two. Ten out of ten!
Private Client

We really enjoyed you being a part of our special day. You added a touch of class to proceedings and so many people said how beautifully you played. I won’t hesitate to recommend you in the future. I was especially impressed with how quickly you were able to learn three new pieces so quickly.
Private Client