The hilarious Josie Long can perform at your event! As a booking agent for Josie Long, we can arrange for her to entertain your guests. Josie Long is a one off. Often described as a unique voice in comedy, she is one of the best respected comedians of her generation. She started stand-up at 16, winning the BBC New Comedy Award and coming 2nd in So You Think You’re Funny at 17.

After leaving university Josie Long supported Stewart Lee on his national tour and won Chortles Best Newcomer (2005) and Breakthrough Act (2007) awards. In 2006 her show Kindness and Exuberance won Perrier Best Newcomer at the Edinburgh Fringe, and since then Josie Long has been a one woman touring machine. Her tours include Kindness and Exuberance (2006), Trying is Good (2008), All of the Planet’s Wonders (2009), Be Honourable! (2010), The Future is Another Place (2011), Romance and Adventure (2012 – 2013). Josie Long’s intrepid shows have taken her on 6 UK solo tours and seen her invited to the Montreal (2008) and Melbourne (2007-9) comedy festivals. In Melbourne 2007 she was nominated for the Barry Award. In addition she has had sell out shows at the Adelaide and NZ festivals and at the Los Angeles and New York UCB theatres. Three of her solo shows have been about fostering curiosity and enthusiasm, self-improvement and teaching yourself as much as is possible. In 2008 she released her first DVD Trying is Good.

Josie also wrote for and appeared in the first two series of Skins as well as directing their online content, and in 2009 her first radio series aired on Radio 4. Josie Long’s TV credits include The News Quiz, Just A Minute, Never Mind the Buzzcocks and 8 out of 10 Cats, as well as Australia’s Thank God You’re Here. You may have seen Josie Long investigating the glorious rise of online comedy on The Culture Show for BBC2 or heard her on Radio 5’s Postcards from a Cataclysm, an Afternoon Play she both wrote and performed in.

She regularly recorded Utter Shambles, a podcast for Comedy Central alongside Robin Ince where each week they interviewed special guests such as Al Murray, Ed Byrne and Stewart Lee. Josie Long was also involved in a sketch show pilot called Girl Friday for Objective Productions.

Josie Long became very popular with young radio listeners when she had a weekly feature on Radio 1’s Switch show where she announced words that children had to immediately put into their homework.

Her success in radio has continued over recent years and she has written a lot for BBC including two contributions to The Afternoon Play. Josie Long became a regular guest on a The Back End Of Next Week, a new BBC Radio 5 Live Sunday morning comedy show hosted by Nick Hancock and was the co-host of BBC6 Music Saturday mornings with Andrew Collins in 2011. She regularly contributes to the Guardian Guide.

In 2012 Josie Long was nominated for the Fosters Edinburgh Comedy Award for the third year consecutively with Romance & Adventure. She also made a film of the same name with Douglas King.

Following Josie Long’s third consecutive Fosters nomination for Romance & Adventure she made a film of the same name with Douglas King and toured the show to great acclaim in Australia and New Zealand. She also made the short Let’s Go Swimming, and was a guest on The Alternative Comedy Experience, Have I Got News For You and Dara O Briain’s School of Hard Sums.

Josie currently presents Short Cuts for BBC Radio 4, which reached no.2 in the iTunes podcast download chart, and is developing her charity Arts Emergency which works to make arts & humanities degrees accessible to all who want to study them. Josie Long is additionally writing a book for Harper Collins about how to live a more political life, as well as writing a regular column for the Guardian.

Contraband is the UK’s top booking agent, with helpful, experienced account managers who guarantee you the best deal possible. Contact us today if you would like to book Josie Long to be the headline of your event! We as your booking agent are more than happy to help you create the most memorable moments with Josie Long. 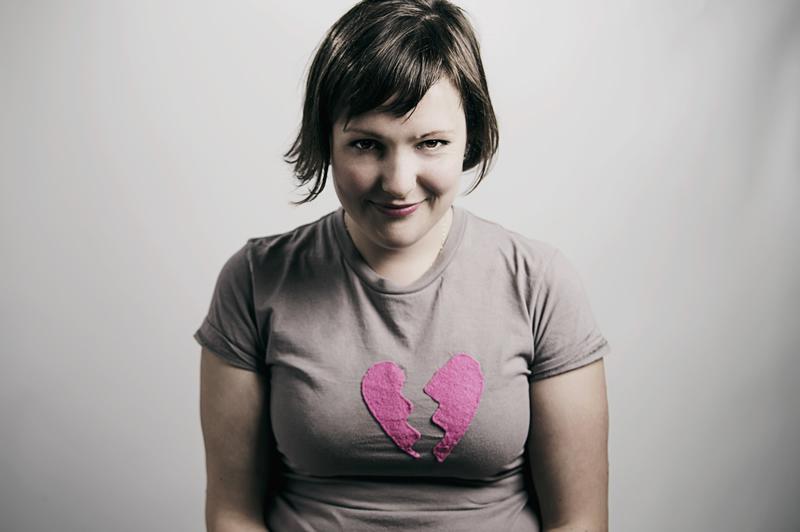 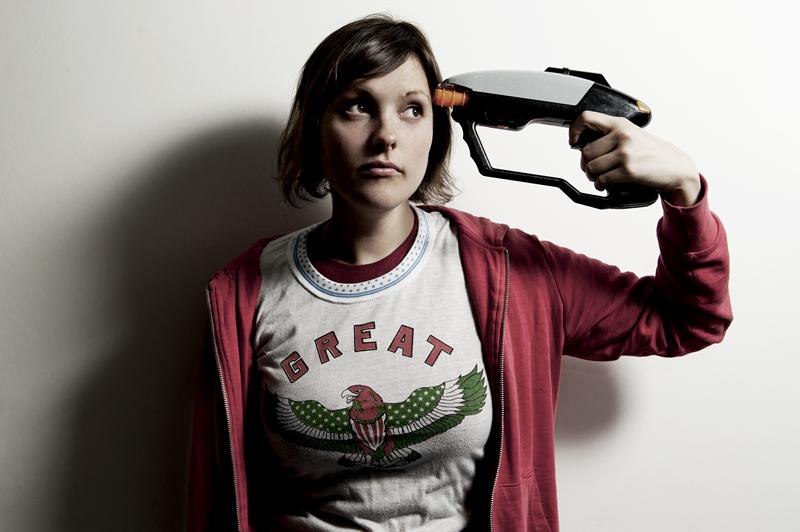 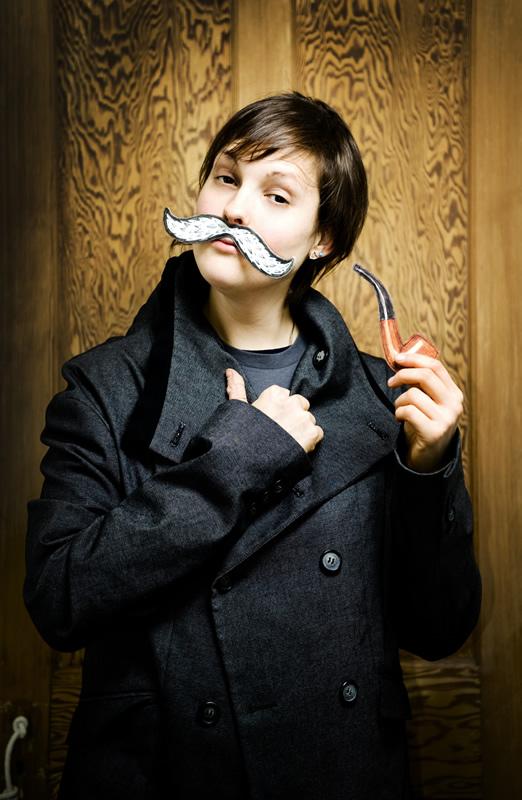 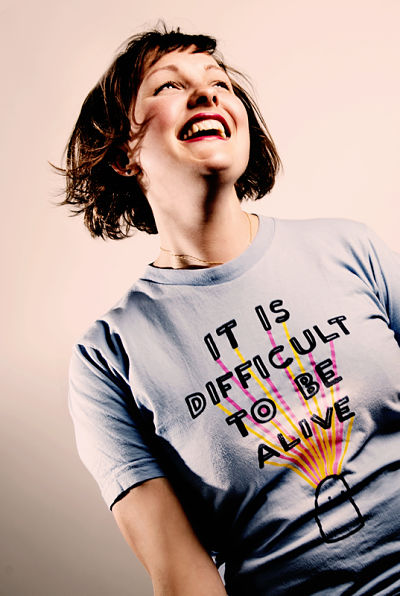 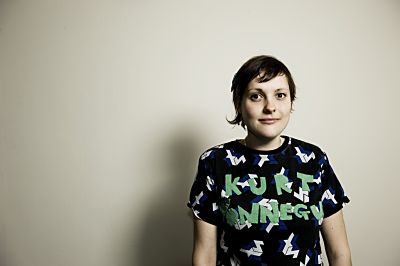 One of Britains bright new hopes of the comedy scene.
Sunday Times

A terrible cartoonist but enchanting stand-up.
The Herald

Young and bubbly……there was an immediate sense this was a comedian of a higher order.
Fest (2005)

Like sitting next to the nutter on the bus, but safe in the knowledge shes not a dangerous one.
Chortle

Josie Longs show is unpolished, rambling and lovely; just the way she hoped it would be.
Observer

It is rare to emerge from a comedy show feeling as though you have seen something genuinely life affirming rather than slightly sordid. Kindness and Exuberance is not just the exception to the rule – it is breezy and attractively presented plea for optimism and an entreaty to enjoy the more unusual but simple pleasures in life (quirky) it would be hard to leave this show without a smile.
Scotland on Sunday

A box of badges and sunshine soundtrack greet the audience, before the last dregs of cynicism are brushed away by the lady herself. The cheerful Long has endearing energy.
The List

…Long can find the joy in the tiniest and most pointless of things. Its a rare comedy talent and one worth cherishing. Her Kindness and Exuberance are not to be missed.
Metro (Scotland) *****

…theres a lovable romantic sensibility here, reminiscent of Daniel Kitsons, but without the accompanying acidity…heartfelt and eccentric.
Guardian