Now Jon has created five meticulously rehearsed speed painting shows, choreographed to music, that provide the powerful spectacle of an artist in action. In addition to this, Jon is also a highly acclaimed pavement artist. All performances are suitable, in slightly different formats for any live event, from street festivals to corporate functions.

Stage Act
Variety’s answer to Picasso, Jon performs his legendary outsized paintings with incredible dexterity, bad-boy attitude and immaculate timing to stylish soundtracks. Seeing is unbelieving in his unique ‘Painting Beyond Numbers’ act performed with stylish aplomb by a true variety master. Jon has a catalogue of paintings or can produce commissioned work specific to an event, which he performs to music in 3 – 8 minutes.

Installations – over minutes, hours or days on any scale
Jon can create a painting that develops throughout the course of an event leaving a work of art that will stand and deliver in its own right. Jon has a repertoire of these pieces but more often he creates them to a client’s brief.

The International Man of Artistry
A show of creativity, deadpan silent comedy, origami, spoon bending, tea making, and dynamically executed outsized artworks, performed to a soundtrack of stylish music and climaxing in the painted, awesome, upside down, delight of a big finish. Jon is a charismatic performer. This show is funny, playful, clever and with the speed painting it has a genuinely high skill, wow factor reaching a climax. The show lasts up to 35 minutes on stage or outdoors.

Our Artist Spotlight feature is where we focus on one of our performers, giving you the chance to find out more about the people behind the performances, and offering an insight into the world of entertainment bookings. Here’s our Artist Spotlight on Jon – Speed Painter & Speed Portrait Artist:

“I went to Art College, Fine Art degree; one of the things it taught me was to think creatively and laterally, to walk my own path. I always liked performing; showing off, always enjoyed watching cabaret acts, speciality acts, and street performers. I just didn’t really know a way in”.

“I was a performance poet in the 90s, mostly around the London circuit, and really just for fun.
Used to pavement draw for a while in the early 90s, I got talking to these street performers, one of them told me about this speed painting act he’d seen on his travels abroad”.

“When I was young I really liked Tony Hart and Rolf Harris, they executed really big artworks on TV”.

“I worked as a science painter for a few years in the 90s, it taught me a lot about producing works quickly. I came into a bit of money in the late 90s so I took some time out and started practising a speed painting act. It got picked up because it was unusual; it really kicked off around 2000.”

“I didn’t have to achieve any qualifications, but studies specific to my job are a BA Hons Fine Art & clown course at Circus Space. My favourite thing about performing in the events industry is devising new work and being able to do my own thing to make a living and the adrenaline of performance”.

“My advice for somebody who wants to get intomy line of work is to be yourself creatively. Work hard at your skill base”.

“Don’t be scared of using other people’s knowledge and expertise to help you on your way”
I have had many diverse projects through Contraband, but most recently, a portrait of Ronnie Wood as a speed painting performance for a charity event last year”.

“My worst experience was a Car launch for Lotus Cars in Qatar, very prestigious. There was no one to meet me at the airport, I couldn’t speak the language, made my own way to hotel, the hotel didn’t have me booked in, and I had to sort that out. The event company built a frame that could revolve so I could paint the image of the car upside down. It was about 9 feet wide. I needed a platform to stand on, they didn’t make one, and so they gave me some very wobbly trestle tables to stand on”.

“It’s difficult to pick one experience as my best one, but I really like playing in old thetres, performing my painting act in The Grand Theatre in Blackpool (The National theatre of Variety) was great”.

“I like highly choreographed performances; I like to challenge myself in different ways often with a performance that requires precise timing and relentless practise”.

“I have diversified considerably in my work and now perform a number of different style acts”.

“The entertainers I admire the most are:
Denny Dent – American speed painter (died around 2005) – inspirational, dynamic
Joe Strummer (lead singer The Clash died around 2003) – passionate performer, charismatic, political, great music.
Rolf Harris – in the early 70s he had a prime time TV show, he’d paint these huge paintings, normally landscapes really quickly.
Dr Brown – very funny clown, (not in the traditional sense).
Lee Evans – his physical comedy, very inventive, high energy approachable.
Buster Keaton – the ultimate deadpan.
The Nicholas Brothers – tap dancers.
Fraser Hooper – clown, taught me at Circus space, also worked with him at festivals and in shows.
I am married and have a 4 year old son. So I don’t tour as much as I used to, well not for long runs as a rule. I try to be more selective about working away from home for any prolonged period, but at times I can’t afford to be too choosey”.

“It’s certainly not 9 to 5, often unsocial hours, but at times I get to work with a lot of good people and some very interesting, funny people”.

“If I could change one thing about working in the events industry, it would be the long drives home by myself late at night”.

“My plans for the future are reworking my painting act, new painting, quicker and bigger, maybe develop a new reveal. A summer tour with an outdoors street festival show – WORKS – with artist Mark Haywood”.

“Promoting my magic double act ULTRACADABRA (with Matt Barnard) – attempting to break the world record for the most magic tricks in 5 minutes (we always manage 50) & appearing next December at Leceister Square Theatre in a Variety show with Slightly Fat Features”. 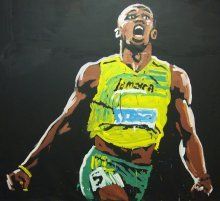 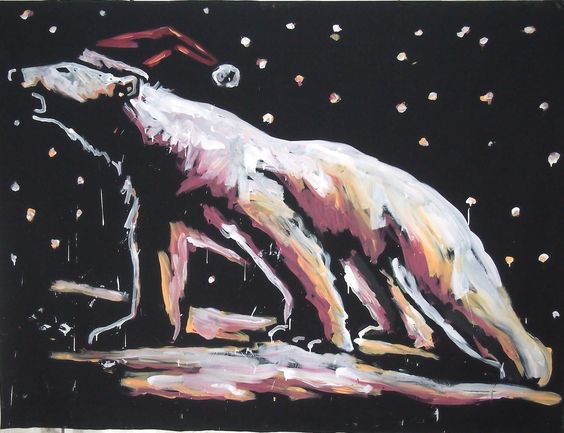 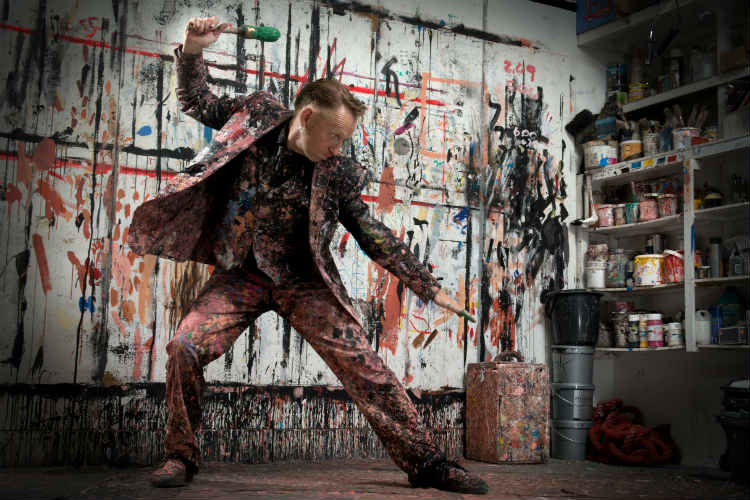 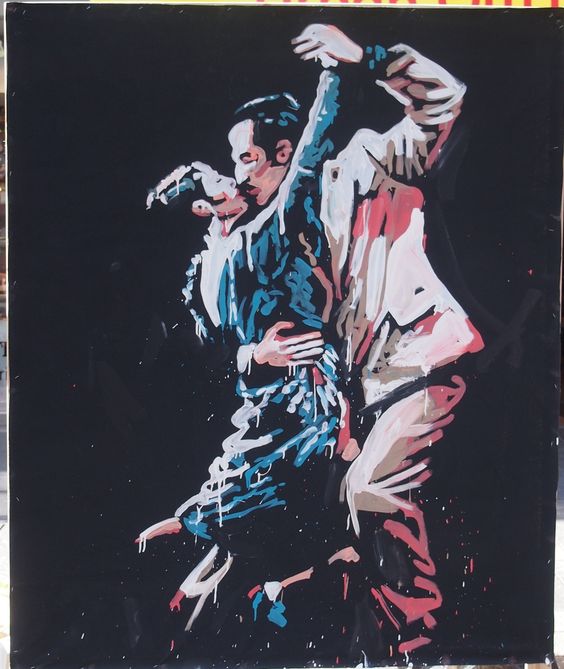 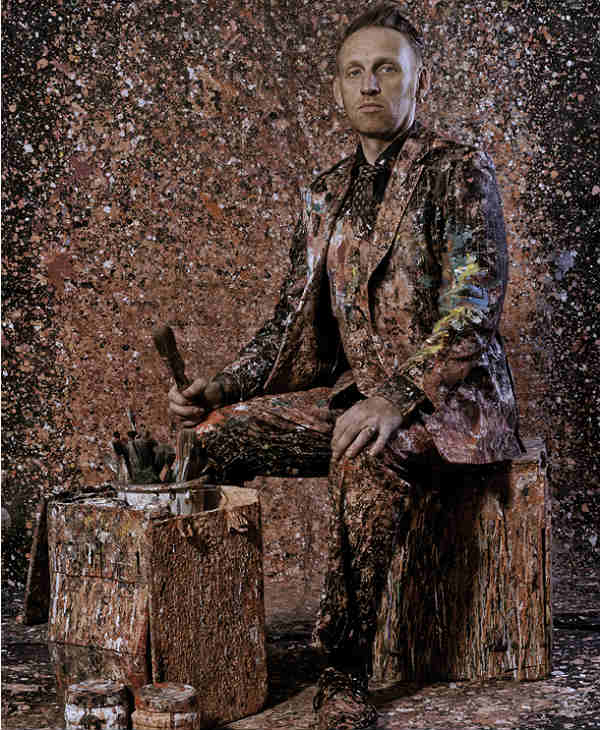 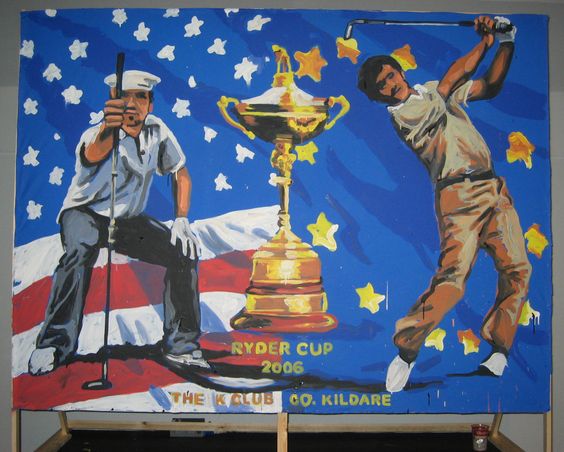 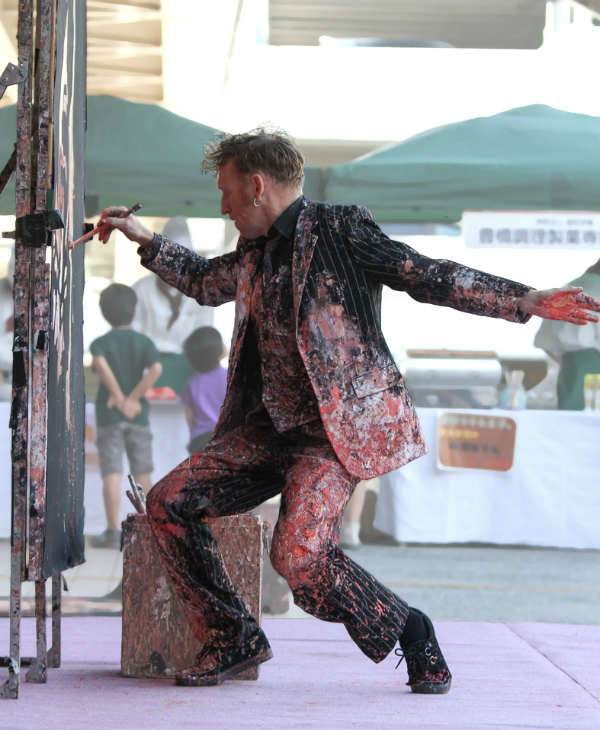 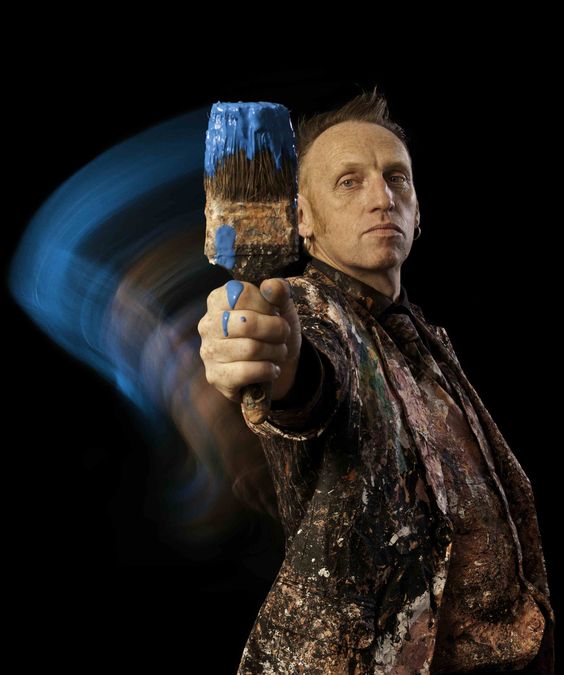 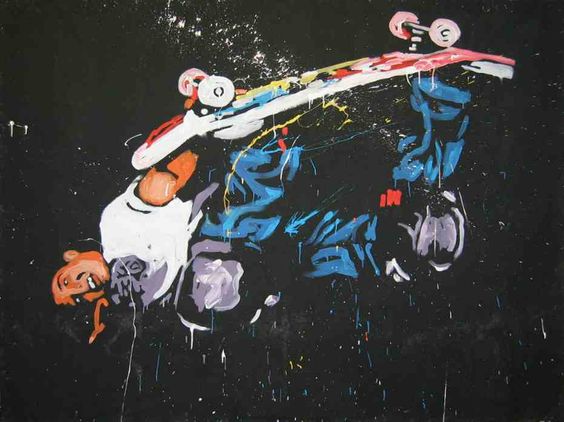 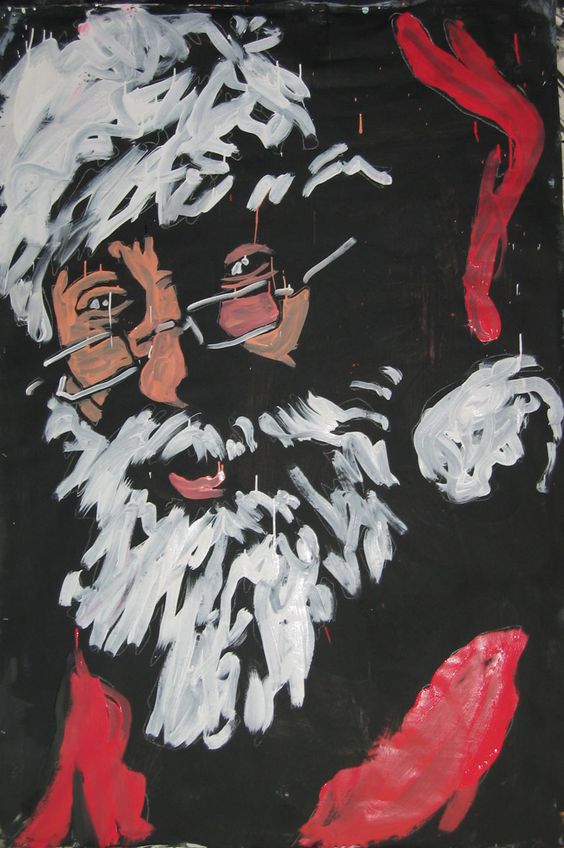 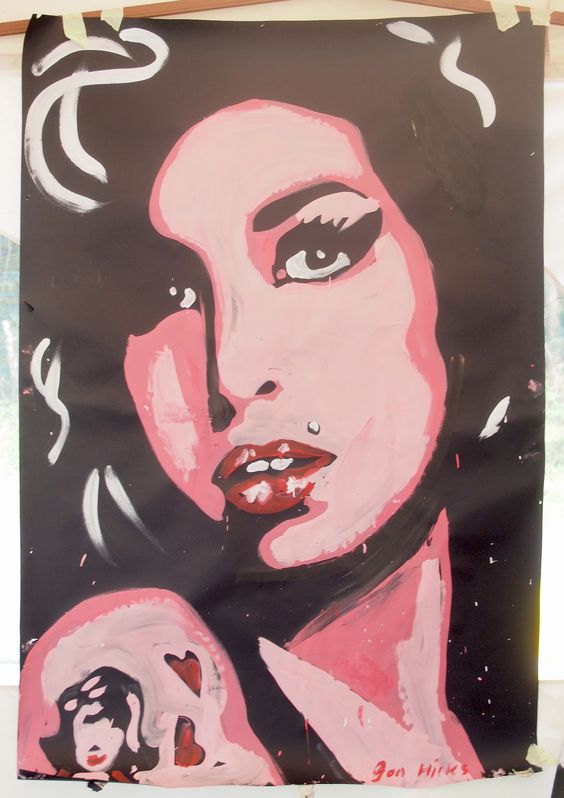 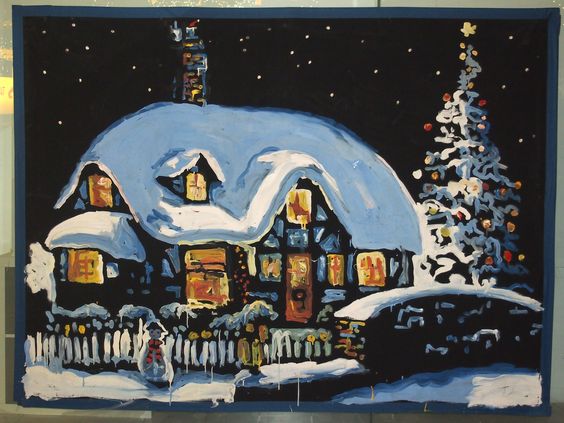 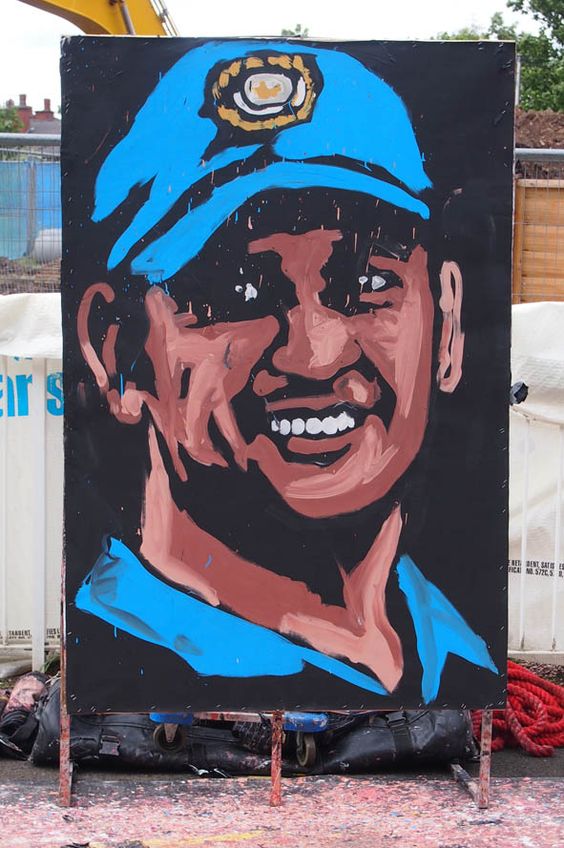 Thank you for your performance, it was fantastic and exceeded all expectations!
North Island – Seychelles

Thank you so much for your help with booking Jon… Jon was incredibly helpful and flexible and so huge thanks to him. He was brilliant as ever, people love him and the painting was fantastic… Thank you again and I hope to work with you and Jon again.
Marie Curie Cancer Care (via Contraband)

Stealing the show with an act never before seen at this festival.
Timaru Herald

We were delighted… adding such an imaginative visual art dimension to our programme.
Islington International Festival

You will receive my regards from Jon, the show was great we all love the performance & quality. Thank you for all the support & looking forward dealing with you.
The Meaza Group Company (via Contraband)

It went very well! Jon was easy to work with and very charming. He helped with our guests and the image he created was lovely.
Seiko UK Ltd (via Contraband)

Thanks for your email! The event was extremely successful and much more than expected was raised for Marie Curie! All the entertainers were fabulous, please extend our thanks to them all! Especially Richard and Jon the artist who was amazing!…
Atom Events Ltd (via Contraband)