Johnny Strange is multiple Guinness World Record holder based in London, who travels throughout the UK and the rest of Europe performing jaw dropping stunts. His shows are family friendly and packed with humour, suspense and plenty of audience participation. Johnny’s shows are suitable for the young and old, both adults and children, and everyone leaves with a smile of their face.

Don’t settle for less when you can hire the Best. A favourite at corporate events, having travelled throughout Europe and internationally wowing audiences every step of the way – from weddings to festivals, private parties to conventions and everything in between. Johnny S provides great entertainment and can brighten up any event with his unique comedy styling fused with jaw dropping acts and superhuman feats.

Johnny’s diverse performances can range from 5 to 45 minutes, filled with nonstop, outrageous entertainment. So if you are looking for an entertainer who will stand out and add something totally unique to your event then look no further, because he really does have to be seen to be believed!

Johnny Strange is able to customise his acts to suit your event’s needs, providing an enjoyable brand of humour coupled with death defying acts of precision that are sure to leave a lasting impression. He also understands that some of his acts, at first, can be perceived as being too shocking, so baring this in mind, he presents everything in a charming and friendly manner, laced with jokes and designed to entertain and thrill rather than to shock and repulse.

Target Whip Cracking – a whip routine with a difference; splitting targets held in his hands, behind his back and even out of the mouth of a brave audience member

Razor Blade Swallowing – swallowing a series of razor blades, followed by a length of string before miraculously retrieving them all neatly tied together

Chainsaw Juggling – Juggling like you have never seen before, juggling a real running chainsaw!

Chainsaw Stunts – one of the stunts that got him featured in the Guinness Book of Records; cutting an apple out of his mouth using a petrol chainsaw… blindfolded

Escapology – with the help of 3 audience members he escapes from 60 feet of chains, 5 padlocks and a set of police issue handcuffs… using just a regular hair pin

Glass Eating – devouring a generous serving of red wine, followed by the glass it was served in, miraculously remaining unharmed

Dangerous Balancing Act – balancing a running lawnmower on his face while the audience throw paper balls into the blades. Hey presto, instant confetti!

Large Publicity Stunts – promoting a product, event or just offering the WOW factor. Johnny can design a large publicity stunt just for you!

Technical Specifications:
A PA system, minimum performance space of 2m x 2m.
Not every act is suitable in every venue, for this reason some acts may be altered. If you specifically require a certain act, please specify when making an enquiry.

★ His shows are family friendly and packed with humour & suspense 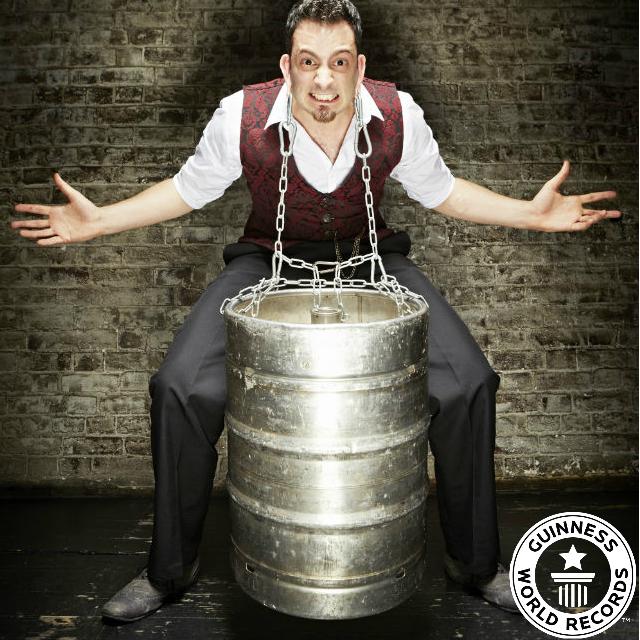 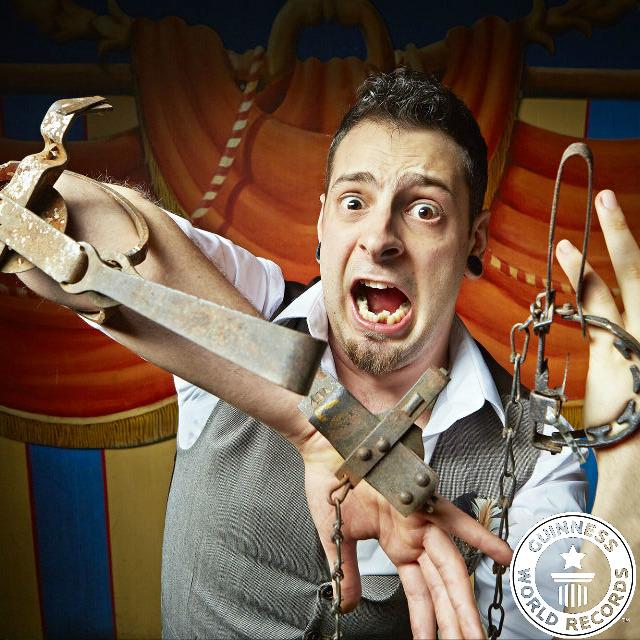 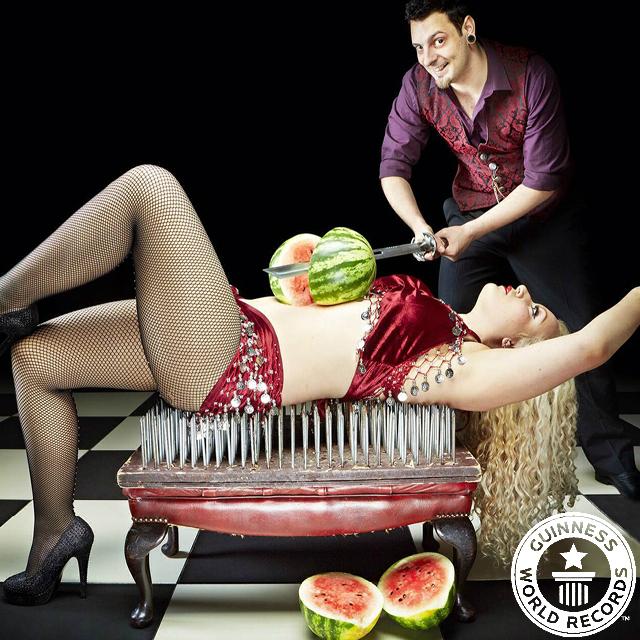 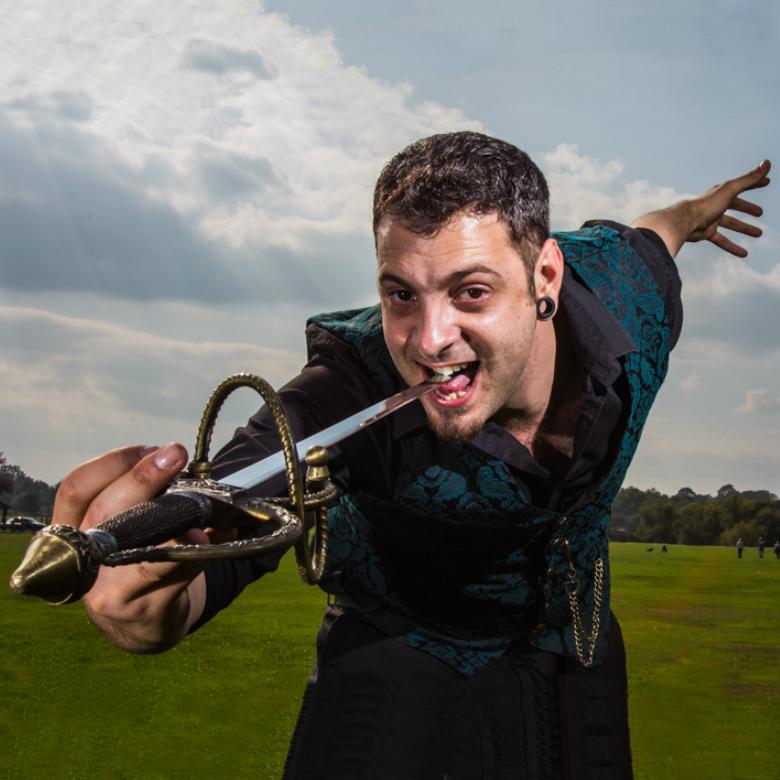 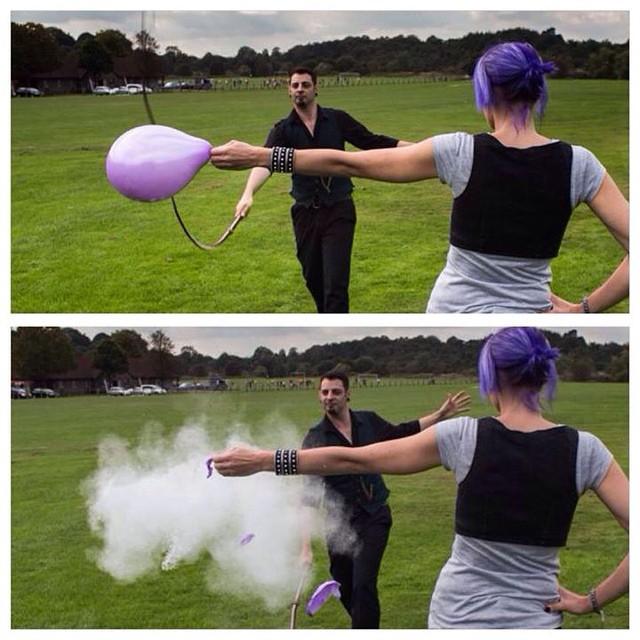 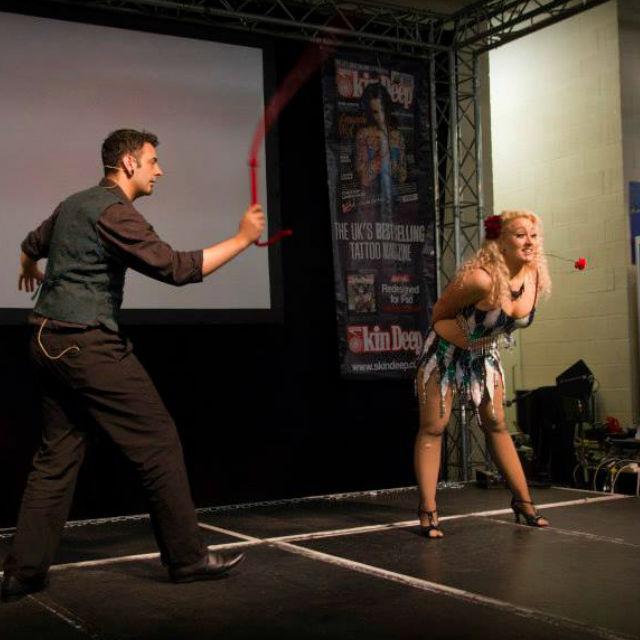 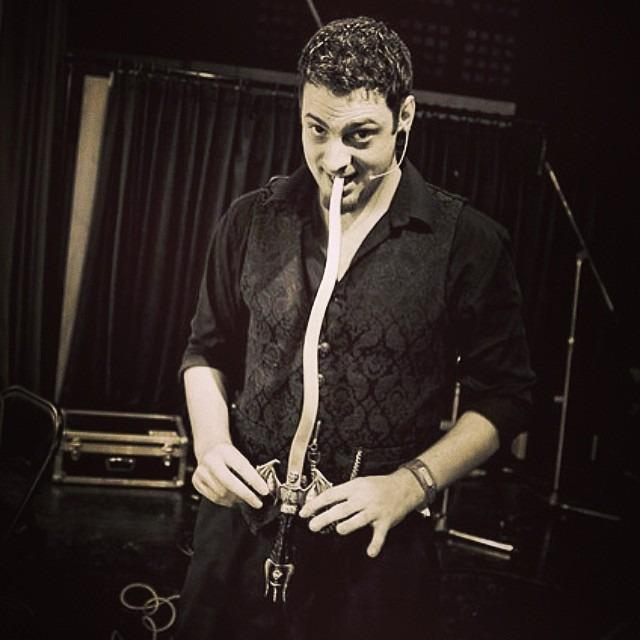 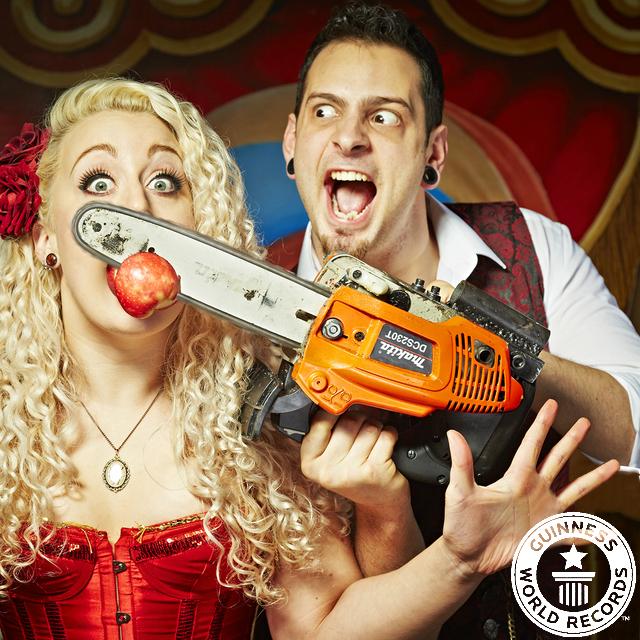 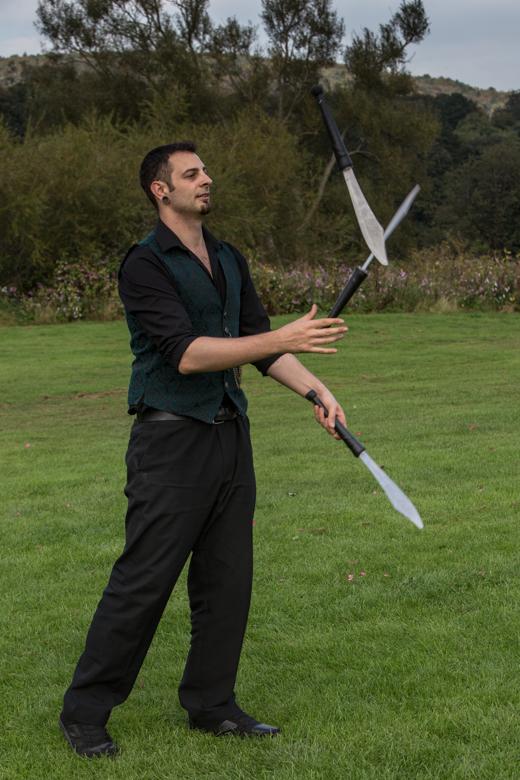 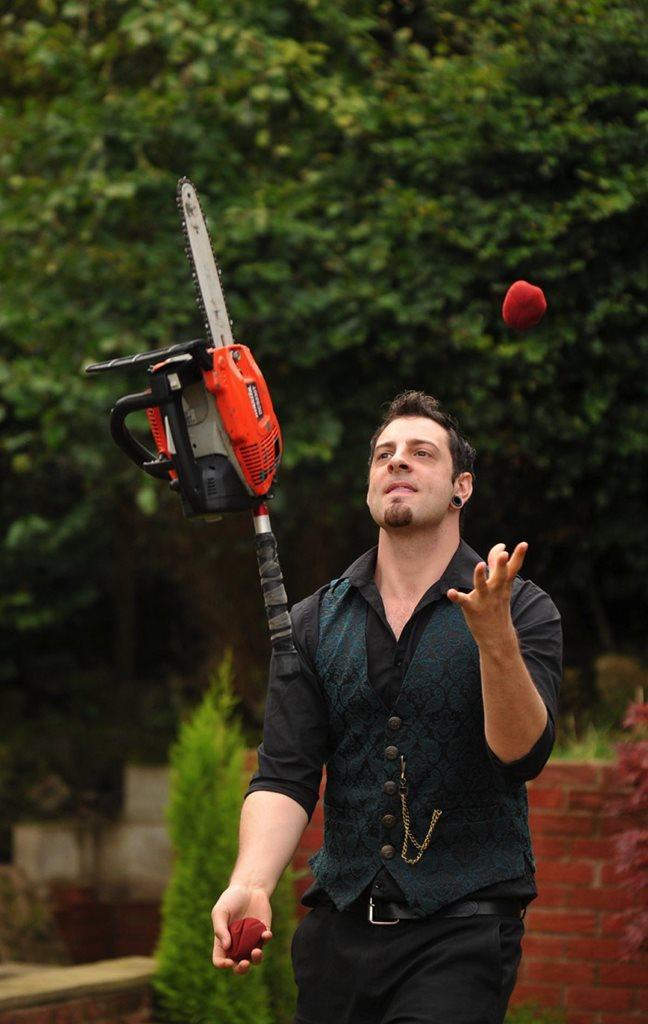 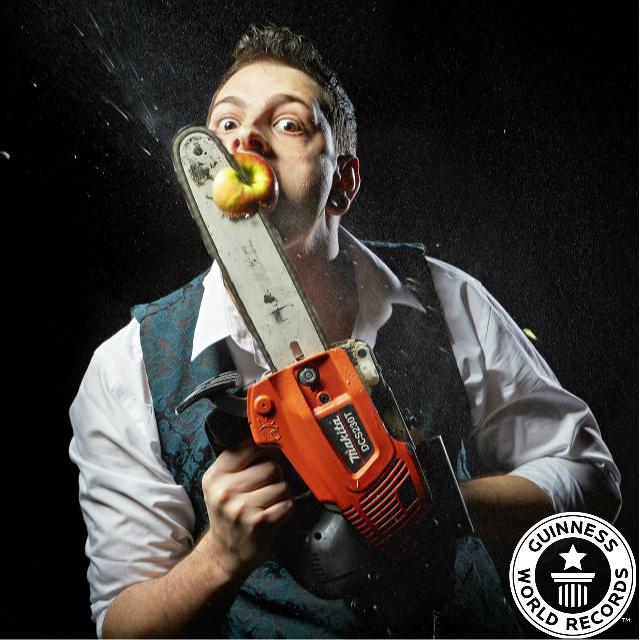 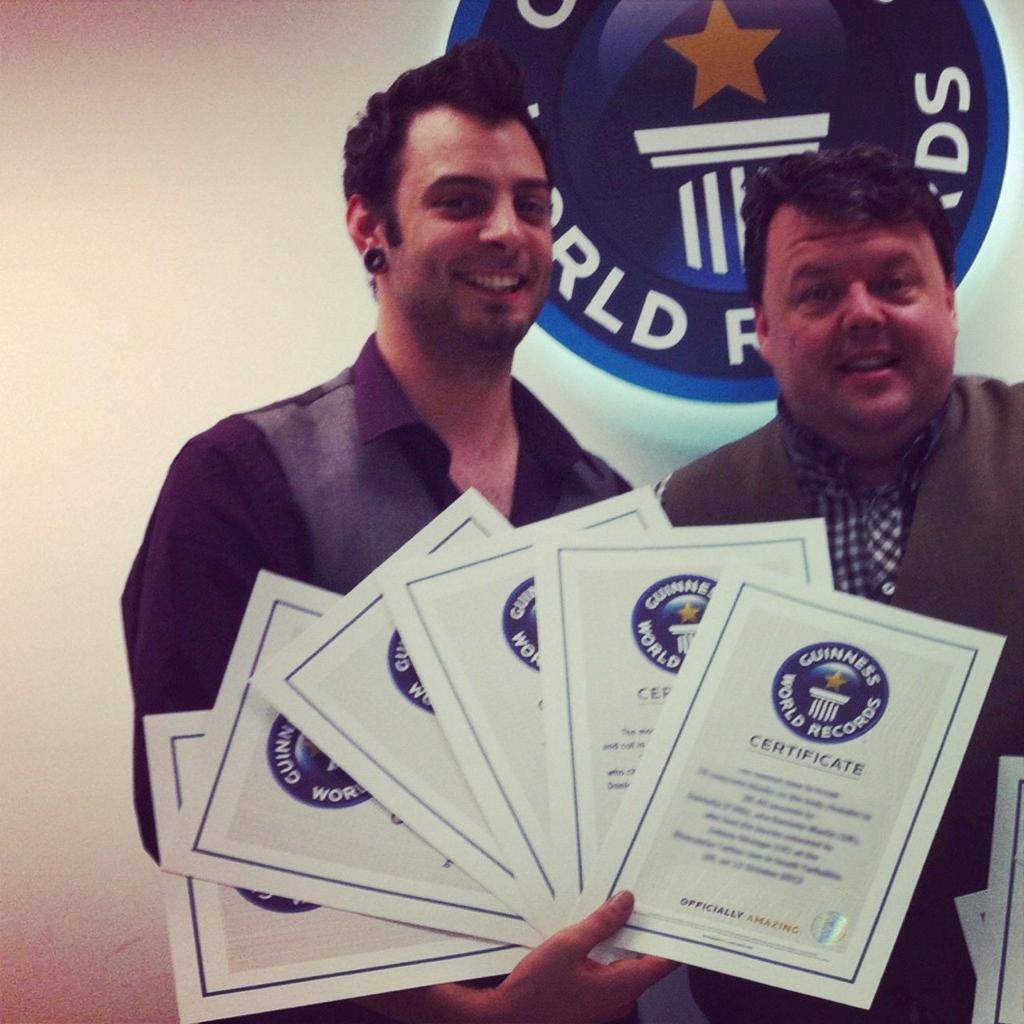 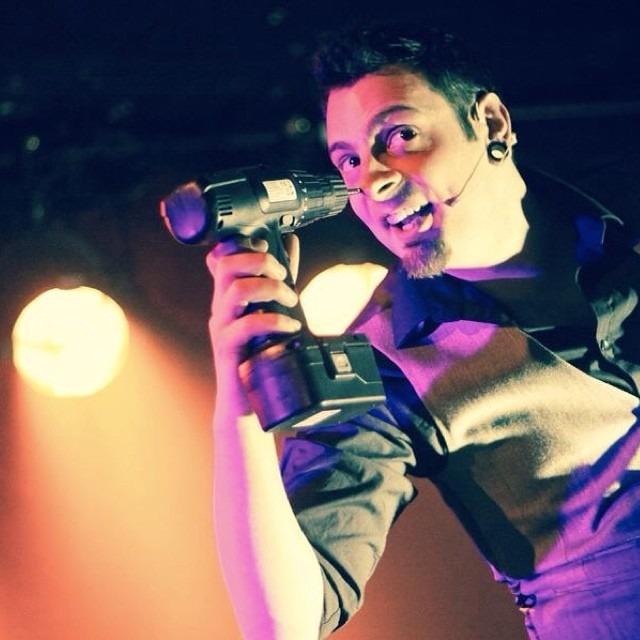 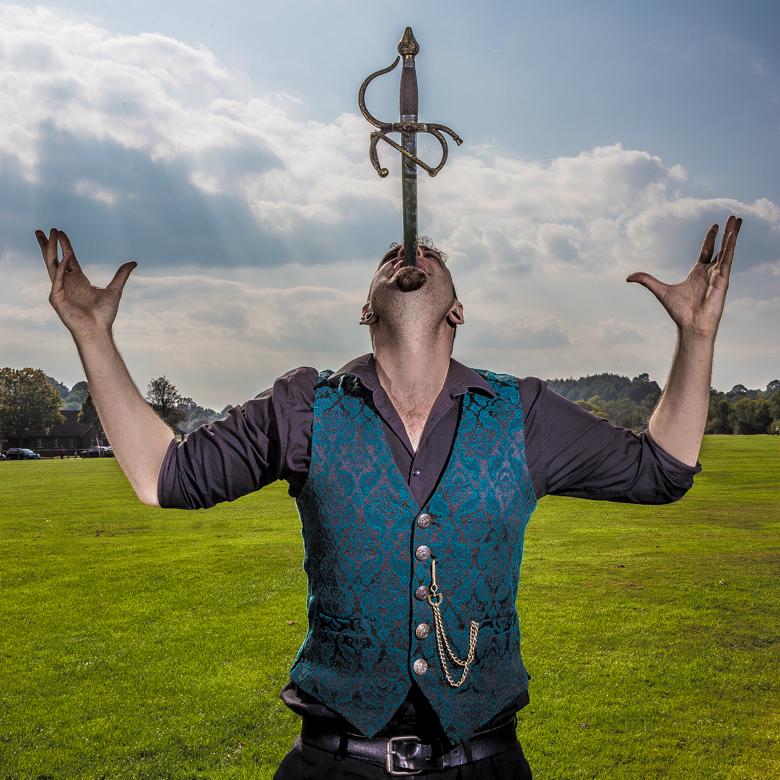 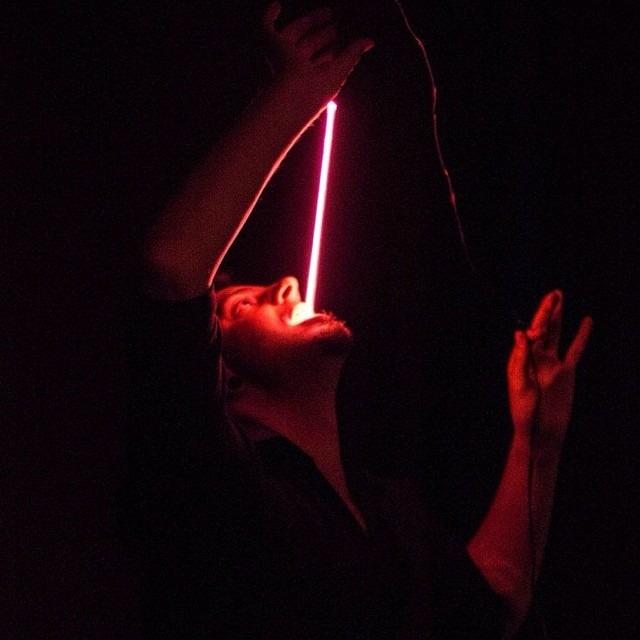 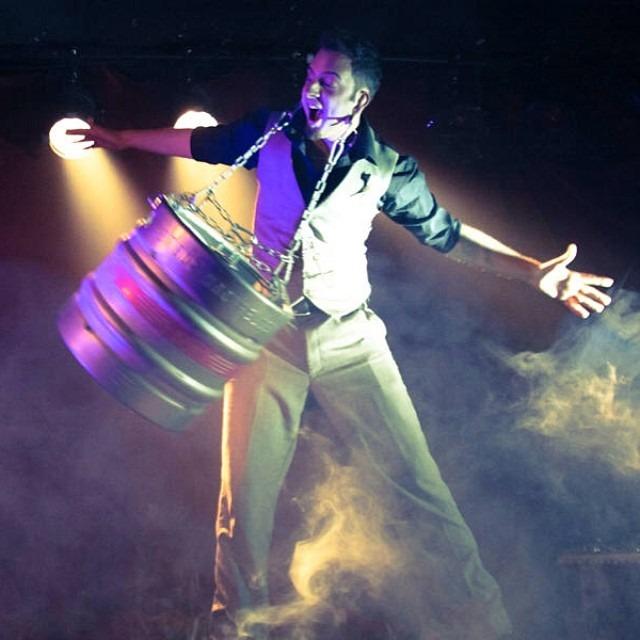 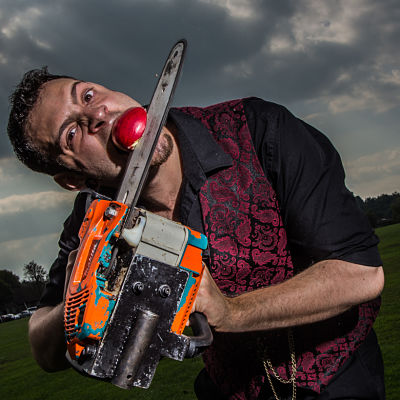 “Sword swallowing is crazy, have you never died or anything doing it?”
– Joey Essex, TV Personality

“He was so good he left me scratching my head in amazement.”
– Ben Shires, TV Presenter

“I absolutely love what you do, I love variety.”
– Stephen Mulhern, TV Presenter

“One of the strangest, unique and most dangerous performers in the UK.”
– Paul Wlker, BBC Radio DJ

It was an absolute pleasure to have Johnny Strange headline our festival.
Book him quick, this lads gonna be busy
– Southside Fringe Festival

The King of the Sideshow is back, bigger and better than ever.
Its the show you can afford to see, but can’t afford to miss
– Skin Deep Magazine

One of the strangest, unique and most dangerous performers in
the UK
– Paul Walker, BBC Radio

Not shy of showing off his unique bodily talents, Mr Strange proceeded to swallow a variety of different shaped swords, and even a glowing neon tube, seen to full effect with the stage lights turned off.
– Yoppul

Check out other Bizarre Circus Acts