This sensational tribute act captures the power, theatre and glamour of Shirley Bassey in her prime. See the gowns, the drama and pure sophistication of this authentic Shirley Bassey tribute act. When appropriate and wherever possible (Big Spender & Kiss Me Honey Honey being the playful numbers) Surely Bassey incorporates audience participation into this highly acclaimed tribute to the “Diamond Dame” and her cheeky sense of humour/stage persona is a definite crowd pleaser!

Surely Bassey has performed her outstanding Shirley Bassey tribute act, at high profile corporate events and private celebrity parties, across the United Kingdom, Europe, the United Arab Emirates and America. There have simply been too many glamorous events to list! Be it a private yacht in the bay of Naples, a casino in Prague, a glitzy James Bond event in Monte Carlo or a prestigious corporate event in Detroit, the Surely Bassey experience always goes down an absolute storm with audiences of all nationalities.

Surely Bassey is a world renowned, Shirley Bassey tribute act, who has also performed at events endorsed by Dame Shirley Bassey, including the fabulous auction of her gowns at London’s “Cafe De Paris” Surely Bassey had the honour of portraying the “Tigress from Tiger Bay” whilst singing “Big Spender” wearing one of Dame Shirley’s original gowns – now that is indeed an accolade! Please take a brief look around this website and see testimonials from professional event organisers in the entertainment industry, along with delighted ‘celebrity’ Shirley Bassey fans.

Surely Bassey – the NUMBER ONE Dame Shirley Bassey tribute act for 16 years (and counting!!)
*Joanne is also author of best seller ‘Bling, Boas and Balls!’ This book is a comical memoir, describing life on the road impersonating one of the world’s most respected and greatest divas, Dame Shirley Bassey. It is available from Amazon as an eBook or in paperback.

★ Passion and power of Shirley Bassey in her prime

★ Only alternative to the real thing 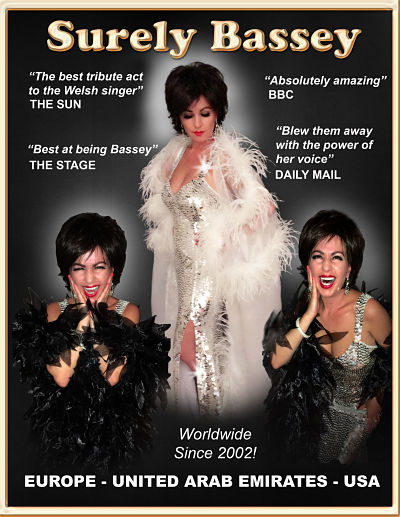 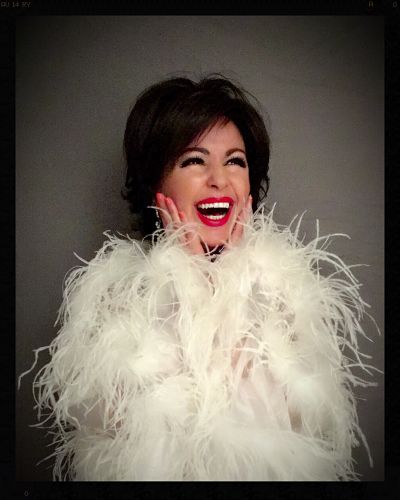 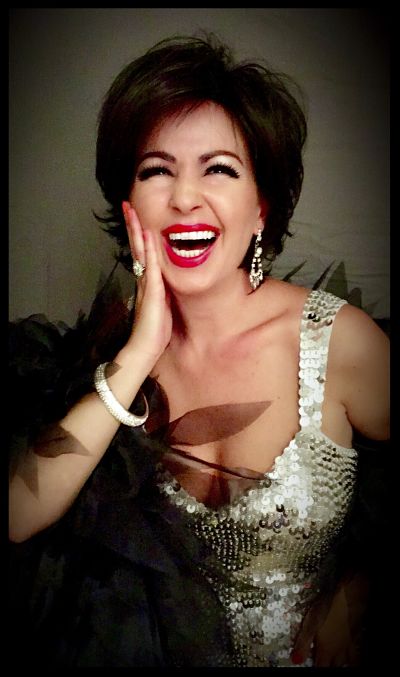 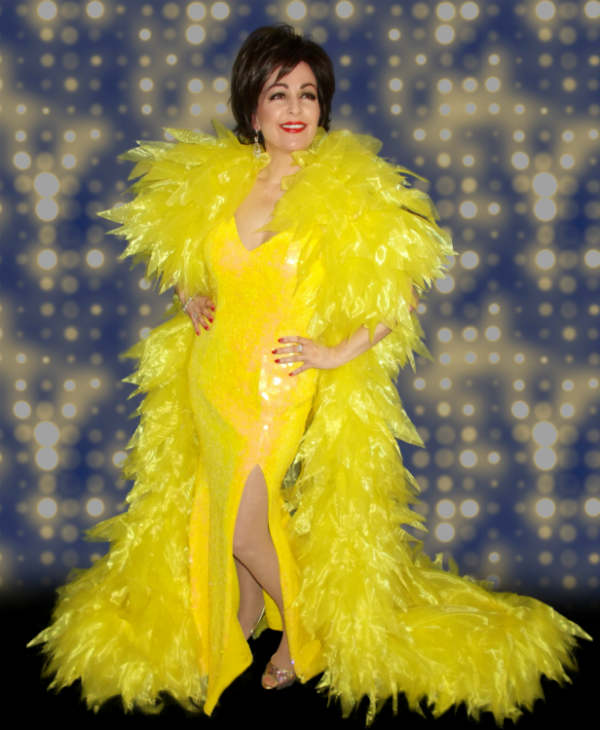 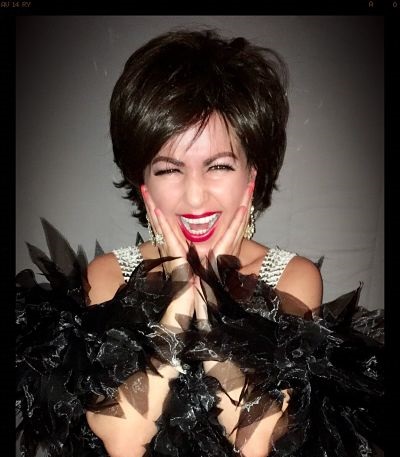 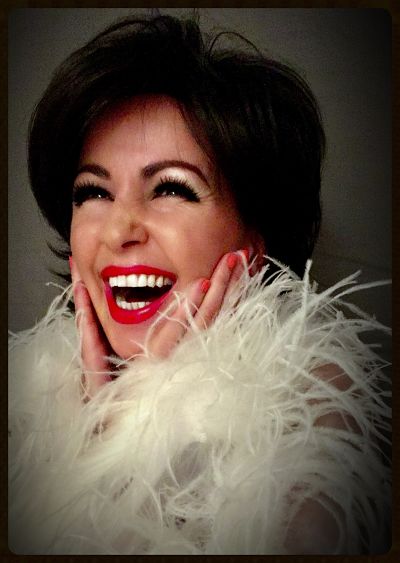 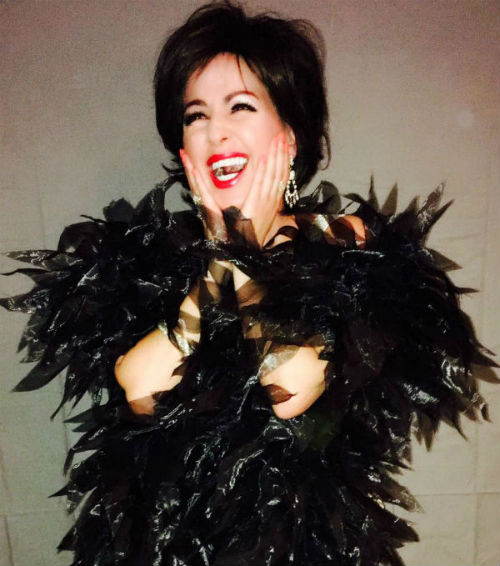 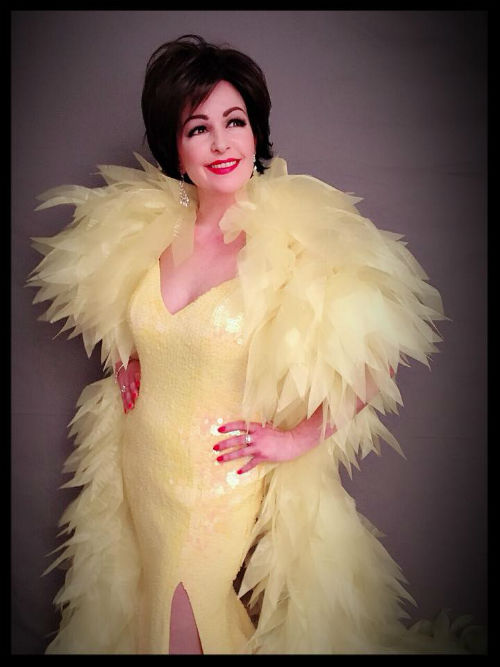 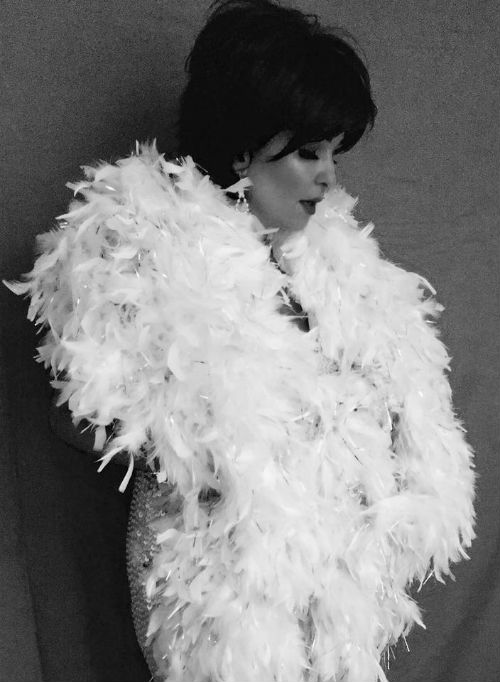 Surely Bassey is the BEST tribute to the Welsh singer!
The SUN

She blew them away with the power and quality of her voice!
Daily Mail

The best at being Bassey and she has the gestures to a tee!
The Stage

After listening to and looking at, a lot of Bassey impersonators, we decided that this girl in England is the best. We love her!
Jimmy Maxwell, Band Leader of the New Orleans 15 piece big band, who backed Surely Bassey, at a stunning James Bond gala evening in Detroit – U.S.A.

That was fantastic. It was weird watching you because you have the facial expressions to a tee, especially the sideways mouth! A great job!
Jenny Kern – Dame Shirley’s PA (who came back stage to congratulate Surely Bassey on her performance at London’s Café De Paris. She later said Dame Shirley was delighted to hear the event had gone well and simply ‘loved’ the name ‘Surely Bassey’)