The Hosen Brass Band are one of the UK’s leading German Brass Bands, and are one of only two exponents of the Pop- Fusion that is currently growing in popularity all around the country. Based in Birmingham they pride themselves on being a non-traditional band, targeting a variety audiences and getting them engaged in not only the wonders of Bavaria but also of Brass Instruments that seem to be a dying breed. This German brass band perform at weddings, festivals, corporate events and more!

This German Brass Band rocked audiences of 45,000 people with their diverse repertoire including songs such as Katy Perry’s ‘Firework’ to older tracks such as The Beach Boys’ ‘I Get Around’. Their repertoire also includes Bon Jovi, Madness, Queen, Blink 182 and even Rage Against The Machine! The Hosen Brass Band have appeared on Channel 4’s Hollyoaks, ITV, MTV, Sky Sports, BBC radio and Free Radio. They are resident band on a Saturday Night at Katzenjammer’s Bierkeller in London (recently voted best place to visit in Europe) and are also the only English German themed band to have played at London’s Bavarian Beerhouse.

The Hosen Brass Band have even performed at Festivals, playing this year’s Beautiful Days Festival as well as headlining one of the days at Saffron Waldon’s 8 Day Weekend Festival. With their unique use of brass instruments they are able to mingle in between audiences, getting people involved in a completely different way to that of those bands who need the help of electricity, whilst still making it all about music.

The Hosen Brass Band are also available to play with or without Bavarian traditional dress, turning the German theme on or off as you please (still playing their Bavarian Folk-influenced arrangements!). Their theatrics, choreographies and range of influences from Mnozil Brass and Youngblood to hardcore Rage Against The Machine and System Of A Down make this a show not to be missed!

Standard Length of the German Brass Band’s performance:
3 x 30 minute sets with breaks within the space of 3 hours.

★ Engage a variety of audiences

★ Have a diverse repertoire 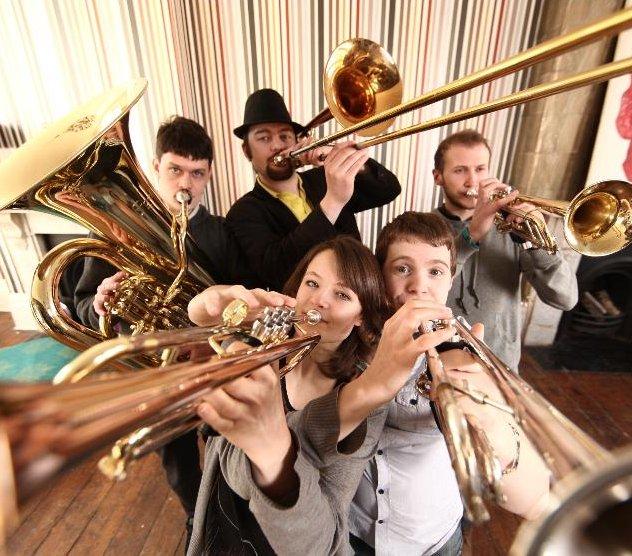 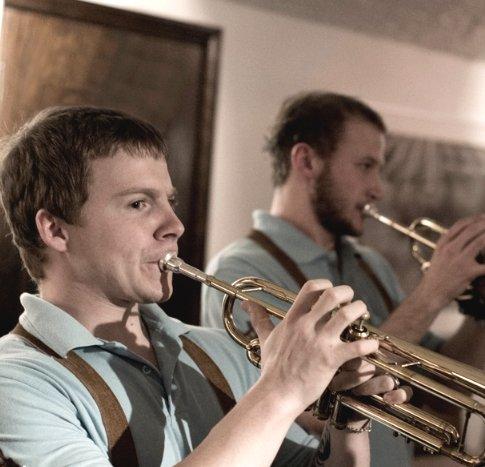 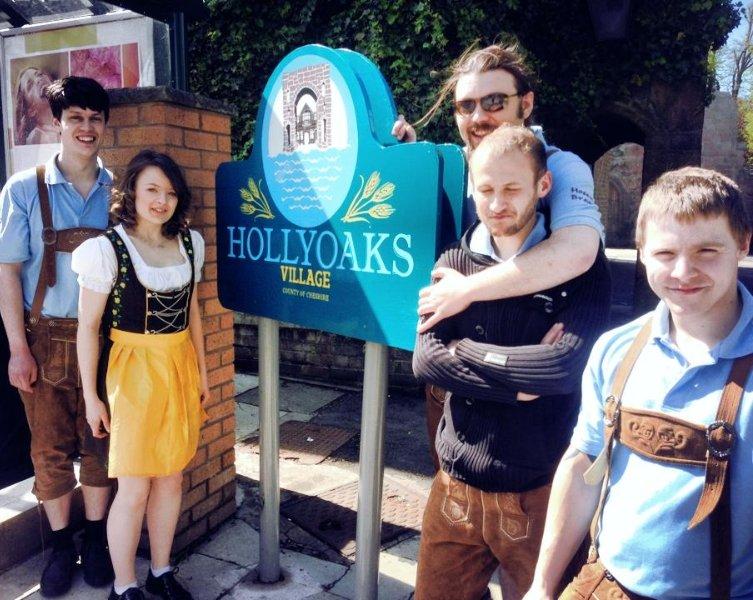 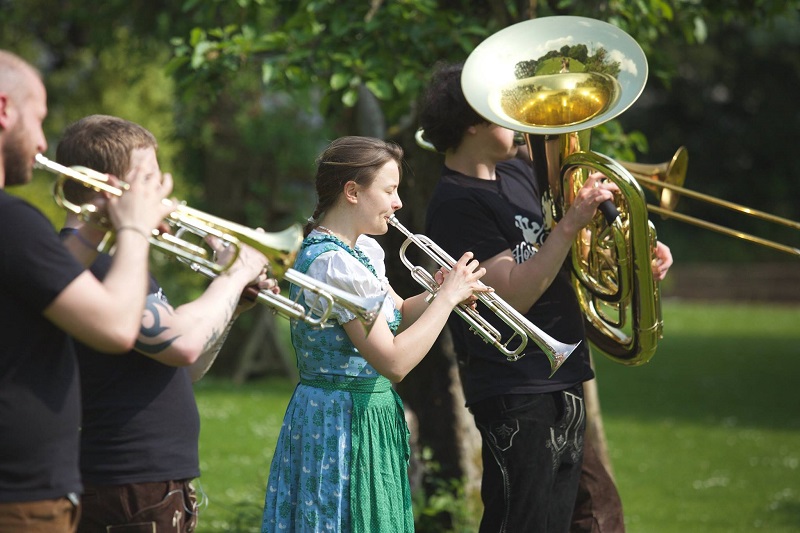 New Orleans may be about 4,700 miles away from London, but the The Brass Oompah Band is definitely feeling the NOLA spirit with their insane rendition of Rage’s “Killing in the Name.” A must-watch, for sure.
Relix Magazine

They never fail to rock the house pure class
Katzenjammers