Herbert’s Dream is a stunning show performed by stilt-based characters. They advance in the shadow, long white figures, draped with cloth, who seem to be waiting for a meeting. Appearing in the course of a tree or at the corner of a street. Provided with only the language of silence and slow gestures, they begin strange secret meetings, they approach, go away and finally invite us to follow them.

Step by step, the five characters are transformed into voluminous 4m height characters. Deformed and majestuous at the same time, clumsy and ethereal, as though they have come from another planet, their heads light up.

Then the enormous silhouettes take us off around a luminous star.

To a strange and bewitching soundtrack, the five characters perform a magic ‘ritual’ which causes the star to rise up in the sky, as if in a dream. Since the creation in 1997, “Herbert’s Dream” has been performed more than 400 times in France, Europe, and all over the world. Performances include Masters Golf, Euro 2000 and 2004 and the welcoming of EU countries celebrations.

★ Performed over 400 times around the globe 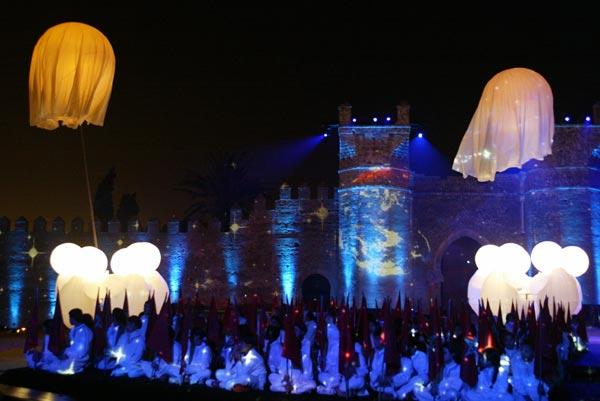 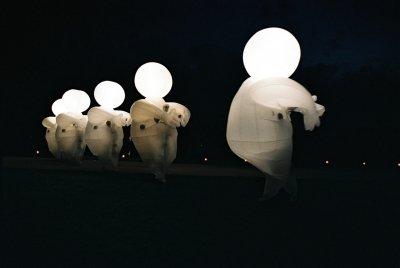 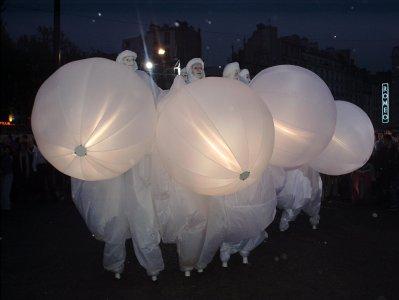 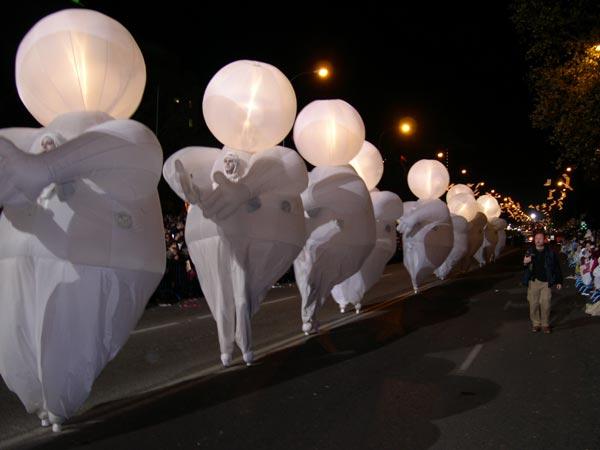 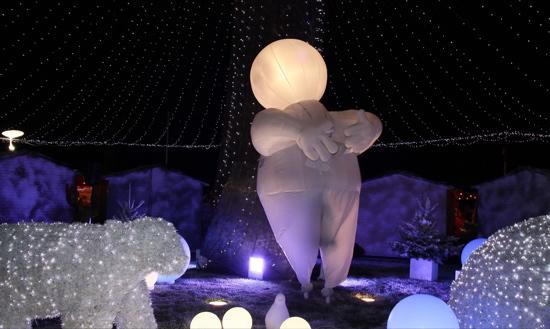 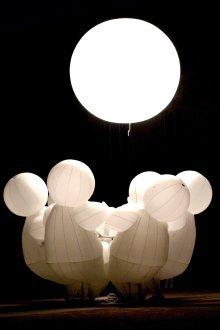