Harry Steele is a multi-genre Jazz Piano & Keyboard player with 10 years touring, teaching and session playing experience. Having been playing piano and keyboards all of his life, he was born into a musical family, surrounded by music from the very beginning. It has become Harry’s passion to perform as much as possible with an interest in spanning all genres.

Harry grew up in Cheltenham and as a child, was well known as a regular face at the Cheltenham Festival of Performing Arts where he developed his love for jazz music. He was known mostly for his renditions and improvisations of jazz songs which he loved to do from a very young age, inspired by great piano players including Herbie Hancock, Oscar Peterson, Chick Corea, Bill Evans, Hiromi and Brad Mehldau. Harry know loves to create a fusion between pop music and jazz music combining two of his favourite genres.

Harry spent 6 years writing and performing with an international touring band – key achievements included signing a major publishing deal record deal and performing internationally, playing a total of over 250 shows including supporting arenas in the UK.

Harry now performs regularly as session player, featuring Harry’s work seeing support from the likes of Steve Lamacq on BBC Radio 6. Harry also regularly works professionally as piano, keyboard player for other artists and performs as a solo jazz pianist at different events and functions throughout the UK and Europe, as well as writing, composing, recording and directing performances for a multitude of individuals and commercial clients. 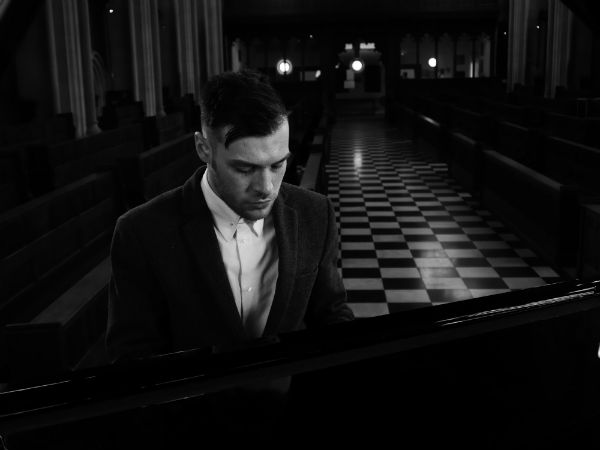 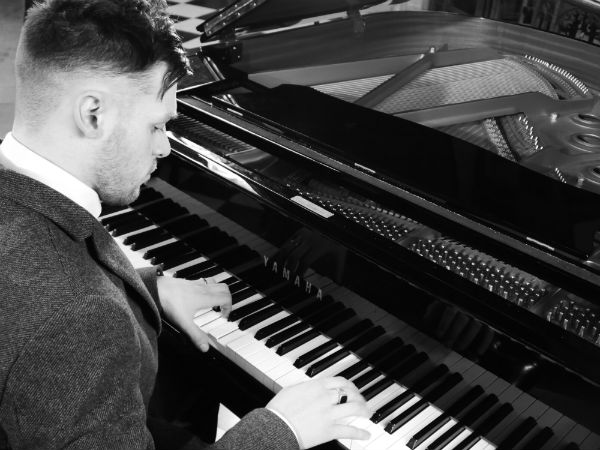 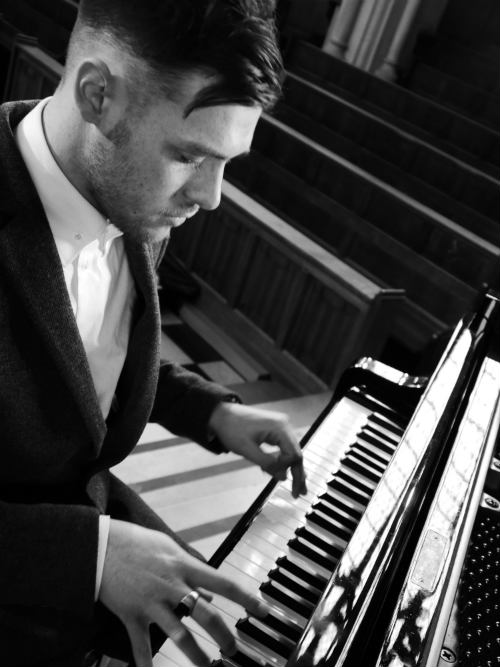 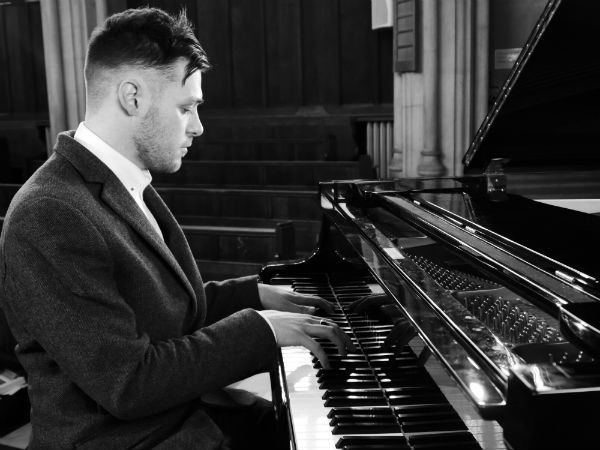 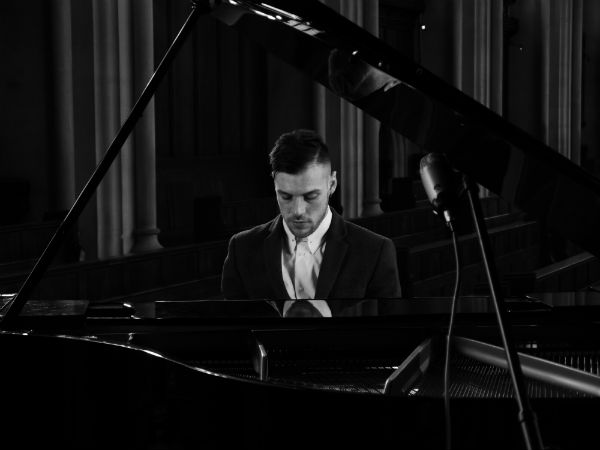 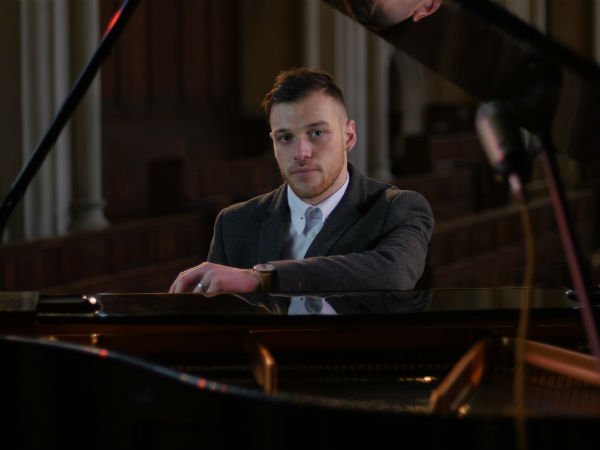 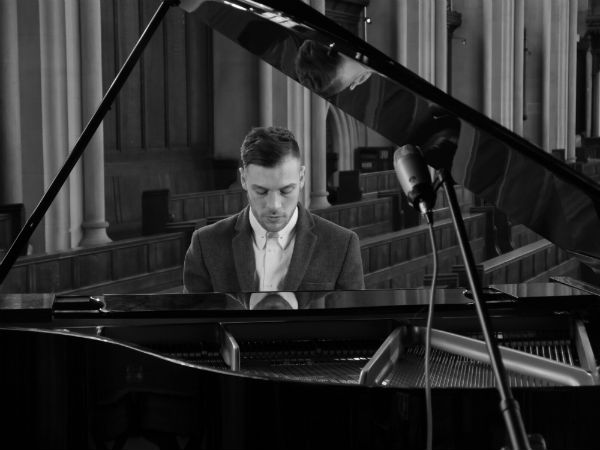 Harry was very professional and friendly and he perfectly reflected the tone of the party. Thanks again.
Chloe Southey, Birthday Party Event, Essex

Harry is absolutely fantastic! Great pianist. He added an extra special atmosphere to our events and a great number of our customers commented on how much they enjoyed listening to him. I would recommend Harry without reservation.
Subtone Club Cheltenham, Venue Club Event, Gloucestershire

Harry has worked with us for 4 years in a row now playing over the Christmas period. He has a fantastic style of playing and always adapts it to what event we have on. Couldn’t recommend more. Thanks for being part of the team Harry.
Hatton Court Hotel.

Can take requests and can learn any song but here is a list of a few songs.

Amy Winehouse – Valerie
Arthur Schwartz – Alone Together
Avicii – Wake Me Up
Ben E.King – Stand By Me
Bill Evans – Alice In Wonderland
Bill Withers – Aint No Sunshine
Calvin Harris – How Deep Is Your Love
Chet Baker – My Funny Valentine
Coldplay – Adventure Of A Lifetime
Coldplay – Fix You
Coldplay – Hymn For The Weekend
Coldplay – Something Just Like This
Coldplay – The Scientist
Cole Porter – All Through The Night
Cole Porter – All Of You
Cole Porter – Anything Goes
Cole Porter – At Long Last Love
Cole Porter – I Love Paris
Cole Porter – I’ve Got You Under My Skin
Daft Punk – Get Lucky
Dave Brubeck – Take 5
David Samborn – As We Speak
Dinah Washington – What A Difference A Day Makes
Dizzie Gilispie – A Night In Tunisia
Dolly Parton – 9-5
Dolly Parton – Jolene
Doobie Brothers – Minute By Minute
Duke Ellington – In A Sentimental Mood
Duke Ellington – Rockin In Rhythmn
Ed Sheeran – Shape Of You
Ella Fitzgerald – Summertime
Elvis Presely – Suspicious Minds
Etta James – At Last
Eva Cassidy – Autumn Leaves
Frank Sinatra – Fly Me To The Moon
Frank Sinatra – Come Fly With Me
Frank Sinatra – I Get A Kick Out Of You
Frank Sinatra – My Way
Freddie Freeloader – John Lindberg
George Gershwin – Love Walked In
Harold Arlen – Blues In The Night
Harry Akst – Am I Blue? Harry Warren – At Last
Harry Warren – I Had The Craziest Dream
Harry Warren – I Only Have Eyes For You
Herbie Hancock – Cantaloupe Island
Herman Hupfeld – As Time Goes By
Jake Bugg – Broken
Jake Bugg – Seen It All
Jake Bugg – Two Fingers
Jake Bugg- A Song About Love
James Van Heuson – All My Tomorrows
James Van Heuson – All The Way
Jamie Cullum – All At Sea
Jamie Cullum – Catch The Sun
Jamie Cullum – I’m All Over It
Jamie Cullum – Nothing I Do
Jamie Cullum – Photograph
Jamie Cullum – Save You’re Soul
Jamie Cullum – These Are The Days
Jamie Cullum – Twenty Something
Jessie J – Price Tag
Joe Green – All About Ronnie
Josef Myrow – Autumn Nocturne
Justin Bieber – Despacito
Justin Bieber – Sorry
Justin Bieber – What Do You Mean
Lester Young – Lester Leaps In
Louis Armstrong – What A Wonderful World
Michael Buble – All Of Me
Mike Posner- I Took A Pill In Ibiza
Miles Davis – So What
Miley Cyrus – Look What They’ve Done To My Song
Nina Simone- Feeling Good
Oasis – Champagne Supernova
Oasis – Don’t Look Back In Anger
Oasis – Live Forever
Radiohead – High And Dry
Randy Newman – You’ve Got A A Friend In Me
Rhianna – Don’t Stop The Music
Richard Rodgers – Have You Met Miss Jones? Richard Rodgers – He Was Good To Me
Robbie Williams – Angels
Robbie Williams – Feel
Sidny Clare – Please Don’t Talk About Me When I’m Gone
Stevie Wonder – Superstition
Sting – English Man In New York
Sting – Fields Of Gold
Sting – Shape Of My Heart
Take The ‘A’ Train – Duke Ellington
The Beach Boys – God Only Knows
The Beatles – Blackbird
The Beatles – Hey Jude
The Beatles – Let It Be
The Beatles – Twist And Shout
The Everly Brothers – All I Have To Do Is Dream
The Everly Brothers – Wake Up Little Susie
The Everly Brothers – Bye Bye Love
The Pogues – Dirty Old Town
The Pogues – Fairytale Of New York
The Police – Every Breath You Take
The Police – Message In A Bottle
The Police – Roxanne
The Proclaimers – I’m Gunna Be (500 Miles)
The Weeknd – Can’t Feel My Face
Thelonious Monk – Well You Needn’t
Thelonious Monk – Round Midnight
Tony Bennet – Body And Soul
Van Morrison – These Are The Days
Ziggy Elman – And The Angels Sing