The Polonsky Acrobats are a family of talented acrobats who have had extensive experience in the industry and specialise in a variety of different acrobatic styles including hand balancing, aerial hoop and pole dancing.

Glow Hand Balancers – Alien Twins Act
The act of hand balancing is unique for many reasons, with this particular act consisting of twin brothers and having the distinct aspect of being performed in the style of cyberpunk. Hand balancing is a stunning style of acrobalance which fuses strength and elegance, where the acrobats support their weight or their partners weight solely on their arms or hands and perform a variety of stationary poses or body movements. The hand balancing act is an engaging acrobatic performance that tells the story of the alien birth of a life form and its transformation into a cybernetic organism through mutation, living a full life before falling asleep into cyber sleep. The name of this hand balancing act is the ‘Alien Twins’.

With their hand balancing act the twin brothers have visited over 20 countries all around the world which include Ukraine, Russia, England, United Arab Emirates, China, France, Iran, Belarus, Holland, Germany, Spain, Italy, Moldova, South Africa, Israel, Azerbaijan, Chile and Scotland. In all these countries the glow hand balancers ‘aliens’ show was a great success.

The costumes for this act are particularly unique as they are designed and created by the brothers who hand-painted each one themselves using the air brush technique. These striking costumes have the ability to glow in ultraviolet light and in the dark. The twin’s alien hand balancing act was part of a circus show in Berlin at the world famous Ronkalli circus.

Glow Hand Balancers – Other Acts
The talented hand balancers also took part in the show of one of the best planetary illusionists Hans Klok called the “New Houdini show”. Additionally, to add to their accomplishments the twins have gone on to win a silver award at the festival in Kiev in Ukraine and appear on television shows in both Italy and Moldova. These mesmerising hand balancers are distinguished from others by its strength, elegance and exclusivity.

Aerial Hoop Act
Aerial hoop acrobat Tina is also a young performer but has already managed to win the hearts of viewers from the countries of Ukraine, Moldova, South Africa, Chile and Scotland with her enchanting aerial hoop act. Tina has a very flexible body by nature, her aerial hoop act is based on grace, beauty and tenderness. This aerial hoop act symbolizes an angel hovering in the clouds, dancing in the amphitheatre of the gods. Over the course of her blossoming career, Tina has performed for the Golden Circus in Chile and the circus of the Weber brothers in South Africa.

The Pole Dancing Act
Pole dancer Anastasiya is a young artist, who has already had extensive experience performing in Ukraine, Moldova, South Africa, Chile and Scotland. Anastasiya is also part-time professional photo and fashion model alongside being a pole dancer. This post-apocalyptic style of this act gives it a magnetic edge that will draw in the crowds as it tells a story through pole dancing of existence after a global nuclear war that has taken place on the planet, with barely any survivors. Those who survived had to find means for their continued existence on a desert planet and in order to survive, Anastasiya dances on a pole, conquering victims with her miraculous bewitching dances that leads into a hypnotic state.

★ Performed in over 20 countries all over the world.

★ Made up of hand balancing, pole dancing and aerial hoop.

★ Extensive experience in the entertainment industry. 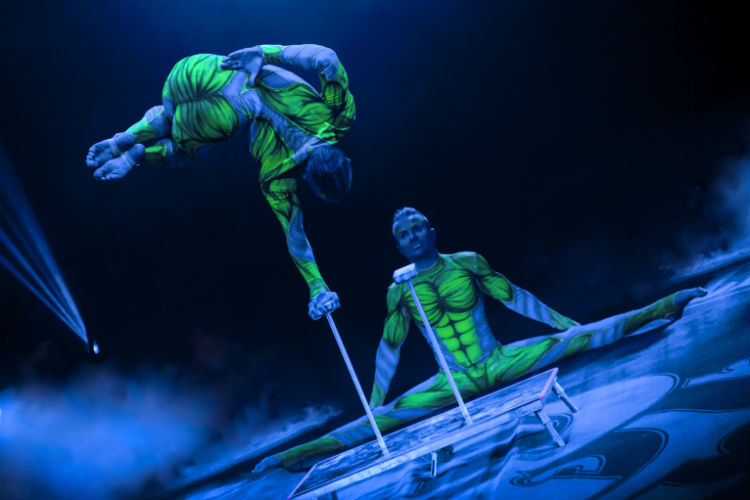 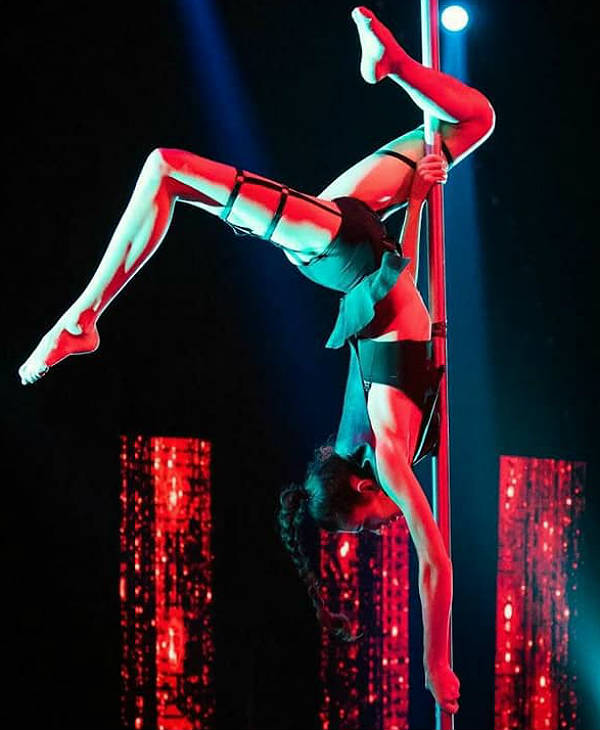 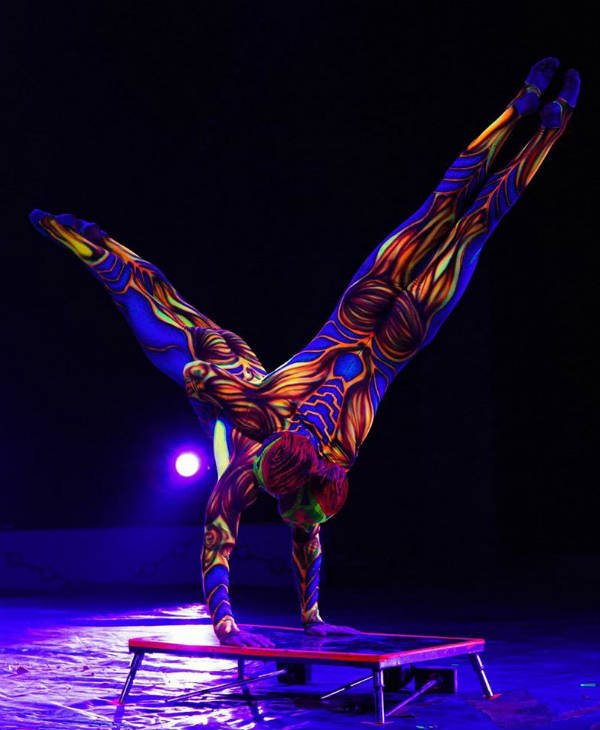 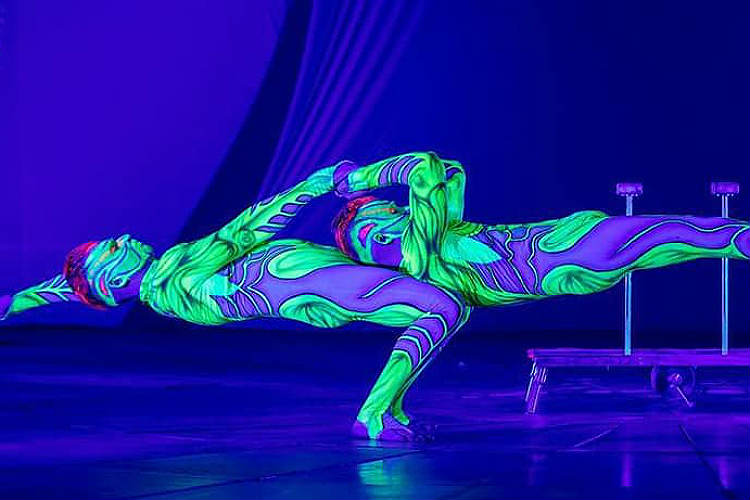 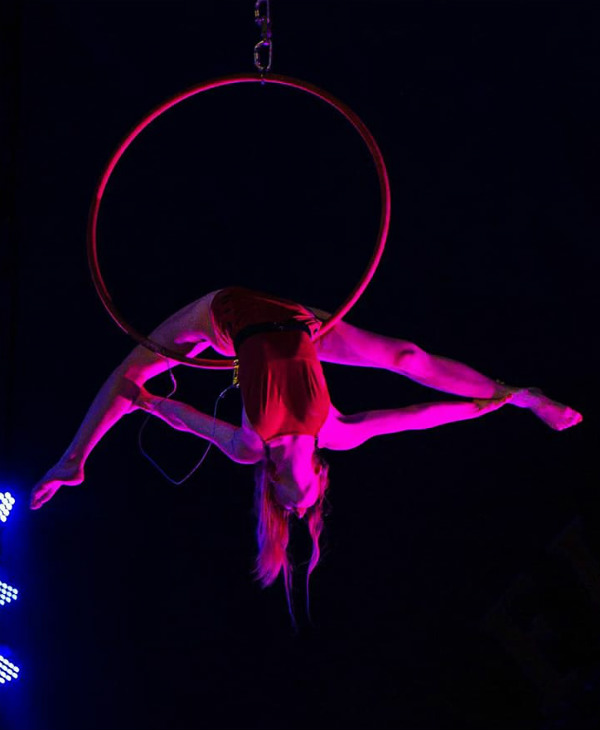 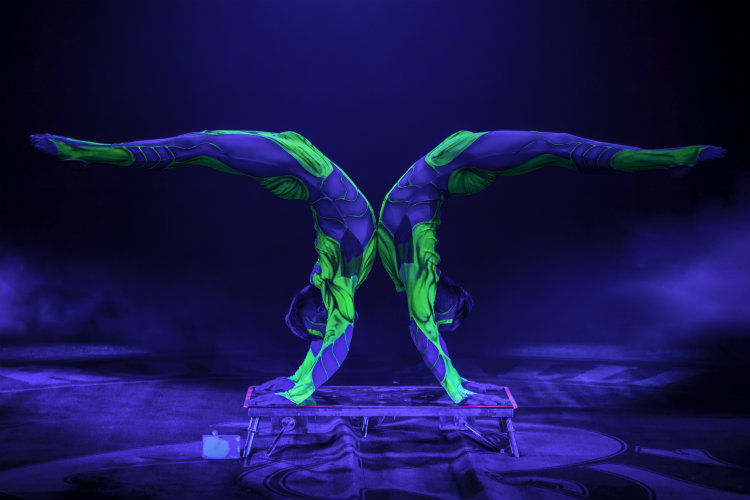 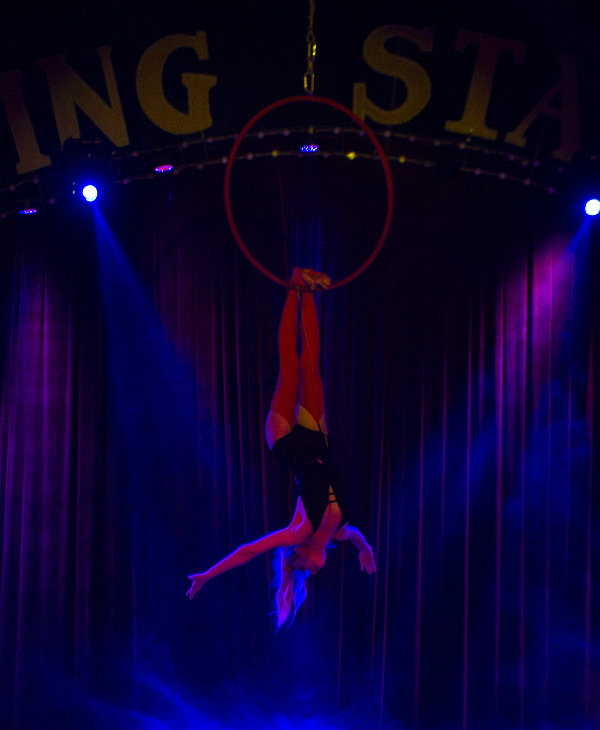 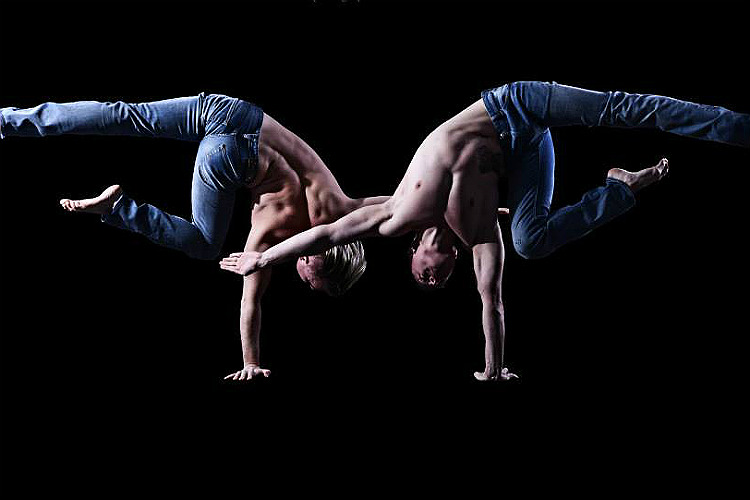 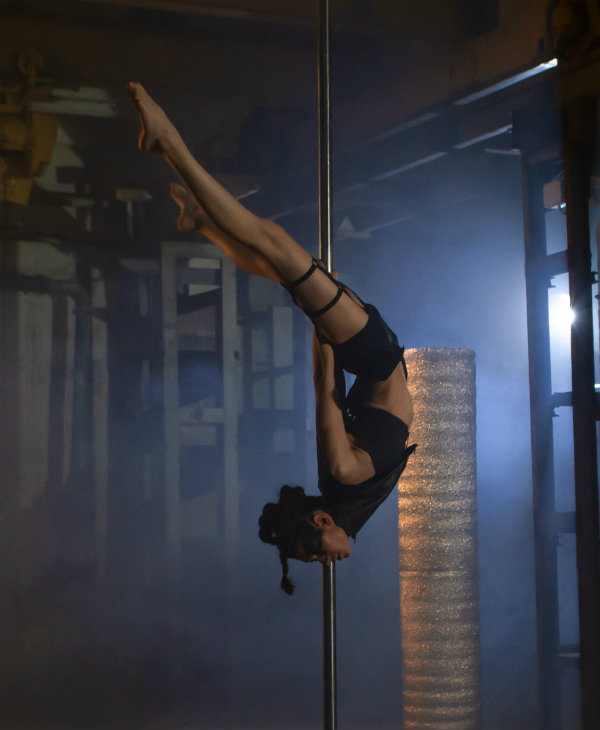 Check out other Acrobalance Acts