Ash is one of the most experienced professional football freestyler around. With over 13 years’ experience in the industry, performing at live events and sets, Ash has done it all.

To date Ash has broken no less than 20x Guinness World Records with his freestyle footballing skills, this being more than any other football freestylers on the planet! Some of the records include the most sole juggles with a football in one minute, the most rope jumps while controlling a football in one minute & Ash’s most outrageous world record ‘The Longest time controlling a football using the soles of the feet on the roof of a moving car’ which took place on an airport runway! You can find Ash in various Guinness World Record books including 2013, 2016 & 2019 editions.

Ash specialises in performing at live events, with thousands of live performances at corporate events, holiday parks, cruise ships, festivals & parties. Over the years Ash has been able to build a unique & interactive display using his football skills and from attending a big variety of different events he has been able to learn what works best for each audience.

A typical display for Ash would be a performance of his high impact skills for 3 minutes grabbing the audience’s attention. Some clients like interaction and in this case, Ash is happy to host and talk to the audience involving them in the display with crowd participation sections.

Something unique that Ash can offer clients is a live Guinness World Record attempt, whether this be live at an event or content creation Ash is always up for the challenge. Recently Ash has worked on content with UEFA for Euro 2020, performed at Champions League events, created online content with Premier League players and has worked alongside people such as football legends Pele, Robert Pires & Wayne Rooney.

Ash is also well known for choreographing and performing at half time during football games. One of Ash’s half time shows is the most watched & talked about freestyle football half time display of all time with over 15 million views across social media.

★ Ash has broken 20 Guinness World Records, more than any other football freestyler.

★ Broke a World Record in Beijing, China in front of 50 million viewers on TV.

★ Ash juggled a Football during a marathon for 13.1 miles. 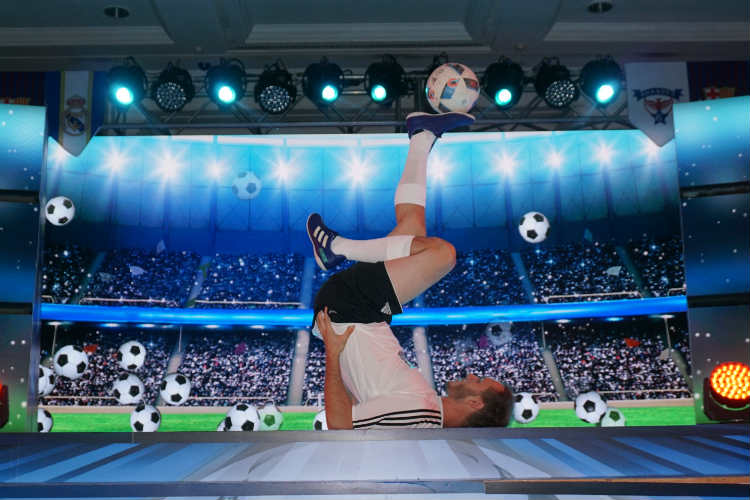 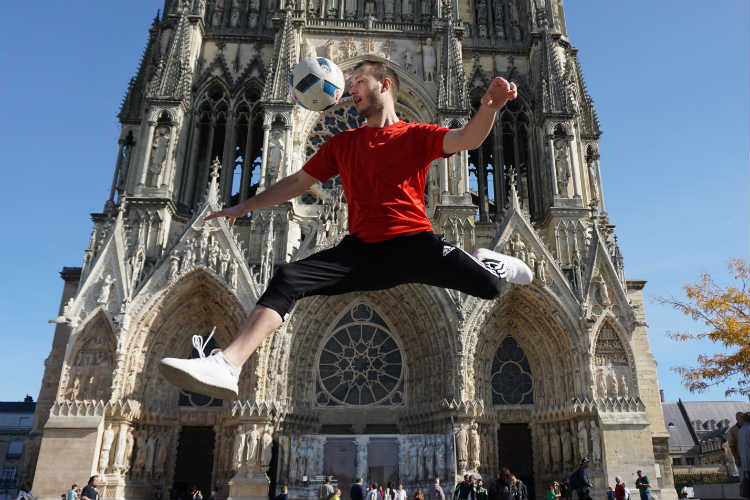 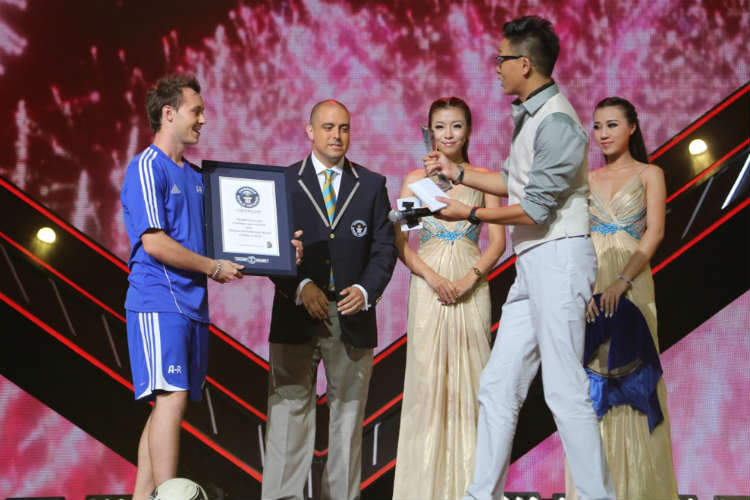 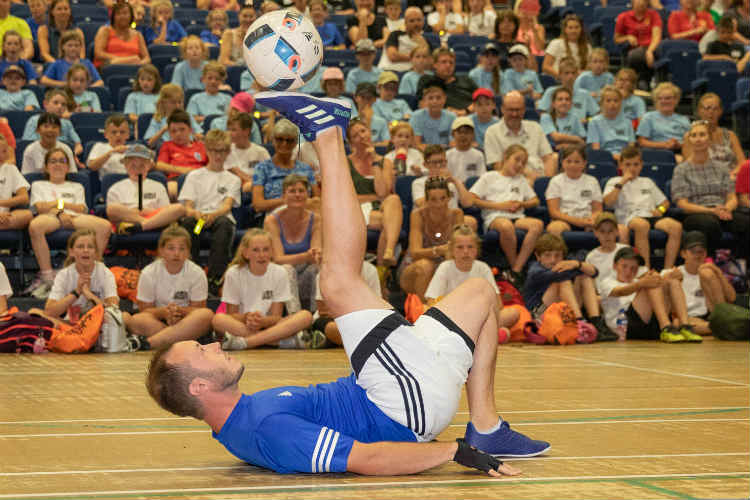 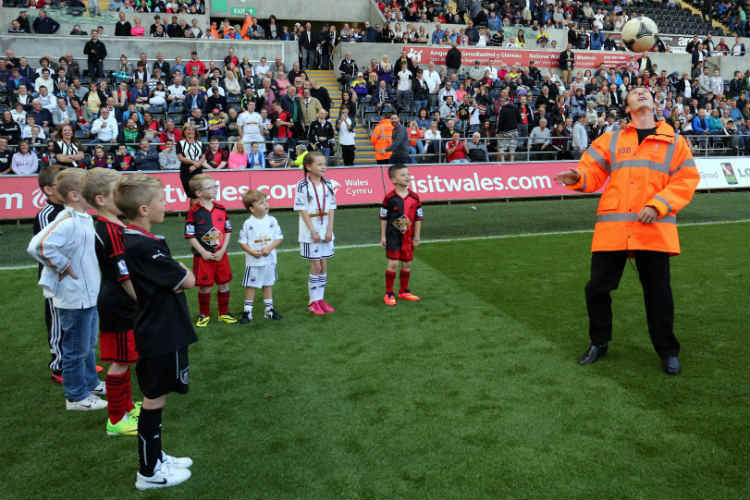 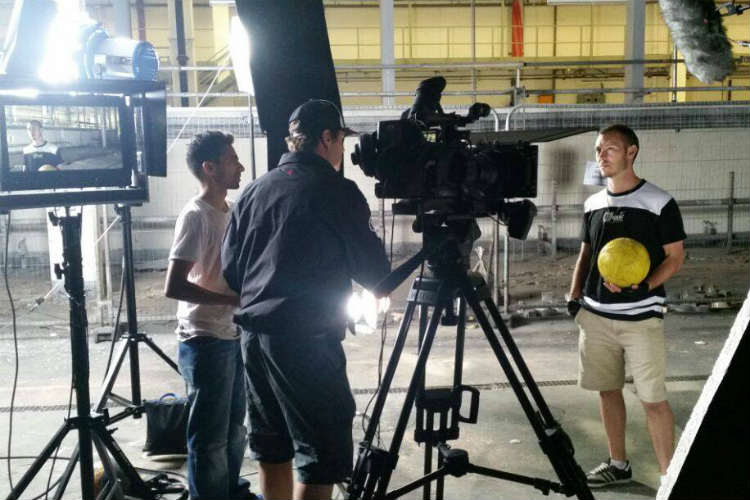 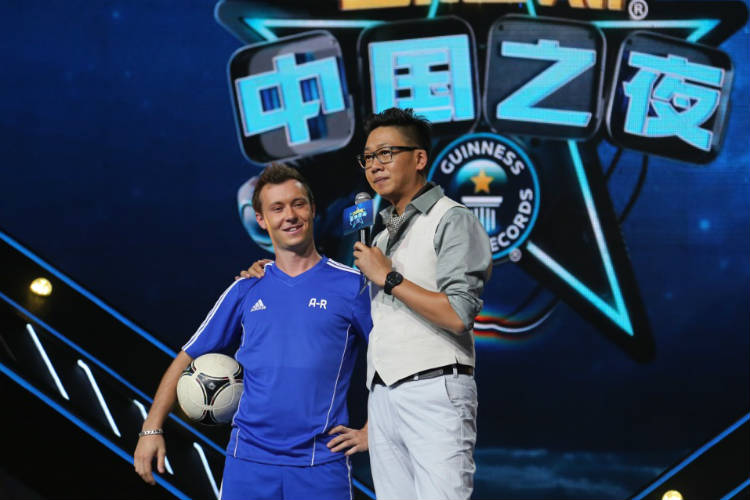 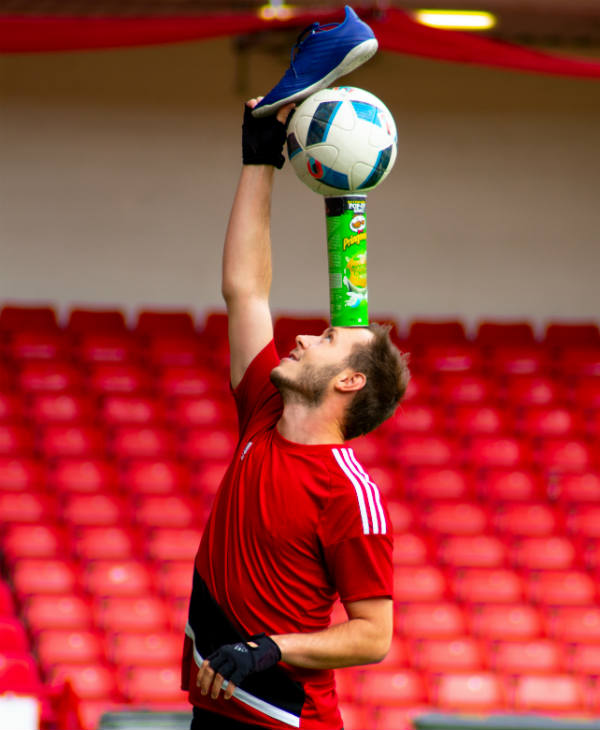 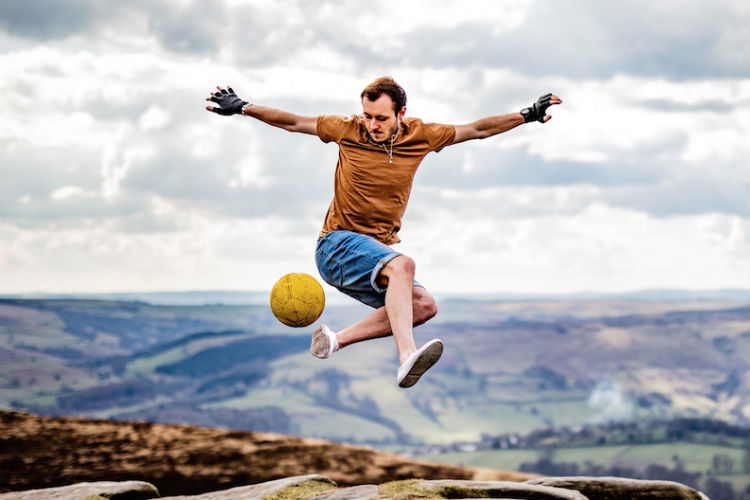 “I’ve played with Ronaldo, and I know he couldn’t even come close to doing what your able to do, simply incredible”
– Rio Ferdinand, EX Manchester United player

“The boys put on the most surreal half time display we have ever seen at the Stadium, the reactions from the crowd said it all”
– LCFC

“Ash has the children mesmerized during his display, they especially enjoyed the one with the skipping rope!”
– Abbeyfield Primary