Booking Gorgon City will have everyone on the dancefloor at your special event! We are a booking agent for Gorgon City, and can arrange for them to DJ at your events. Gorgon City comprise Kye “Foamo” Gibbon and Matt “RackNRuin” Robson-Scott who are an English electronic music production duo / DJs. Growing up in very conventional settings – Kye in the commuter town of High Wycombe, a few miles beyond the M25, and Matt in North London, neither had a particularly musical background and neither had a strong musical passion at first, going through the things most 90’s schoolboys would discover.

As a kid, Matt had a “punk era” consisting of Nirvana and the Chilli Peppers, but was saved from a life of indie-dom by falling for the moody East Coast hip hop of Mobb Deep, Wu Tang Clan in his early teens. Kye’s tastes were more diffuse, browsing through whatever was on offer, also with a leaning towards hip hop… until he discovered jungle.

It was a One Nation rave tape pack for Kye given to him by a schoolmate: the sound in its rawest form, mixed by DJs, hollered over by MCs, full of the atmosphere of furious raves. This, of course, is a long time before the sound of the jungle era became fetishised by collectors, so he was able to pick up classic cuts for way less than the tens or even hundreds of pounds they can now fetch on Discogs.

The boys’ parallel paths were now set, though destiny would get them together years after. Each was obsessed not only with the sound but with the culture of jungle / d’n’b, the barely controlled madness and dark energy of the tracks and rave tapes chiming with adolescent angst and anger like audio action movies but with an added frisson of realness. Both collected records and fired up whatever music software they could get their hands on to. Kye and Matt were making their own tracks, and by the age of 16, Kye was so committed that he was even trekking into London and out to the East End with his saved-up Saturday job money to get his own tracks cut onto vinyl dubplates (at £30 a pop) to be able to play his own tracks at under-18s nights. Meanwhile, Matt was honing his craft, and would eventually head to university in Bristol – specifically because it was a city where bass was paramount, and the old-school jungle he loved could still be found.

Kye and Matt achieved some success in drum’n’bass, but neither really felt fully confident in their productions. Looking for new outlets, Kye dabbled in dubstep and grime a little in the mid-2000s but never felt that was good enough to play publicly, while Matt formed part of a breakbeat duo which had some success. But once again unknowingly on parallel paths, they each discovered bass-heavy house music around the same time, and each instantly realised that this was something they could do. Kye, inspired by the funky “fidget” sounds of Jesse Rose and Switch, found his very first house production as Foamo played on Radio 1 by Kissy Sellout – while Matt, applying the aggression of his breakbeat tracks to a four-to-the-four beat found his work as RackNRuin supported by the likes of DJ Zinc and Annie Mac. What kickstarted Matt’s professional career was one early track picked up for an Orange advert.

And thereafter it was step-by-step, tune-by-tune, club-by-club progress for each – Kye steadily moving towards the day when he could escape his boring office day job, while Matt was, in his own words, “lucky enough to get by with just bar work, but really treating music as a job.” As Foamo and Rack’n’Ruin they got agents, got gigs, got bigger gigs, and thought no further than making music pay a basic wage – until destiny finally got them together in a bar.

Gorgon City was formed and things snowballed at a rate that was barely comprehensible. Kye and Matt’s experiments with vocalists showed that they were as quick and proficient with real song structures as they were with beat-making, and had a knack of bringing out the best in collaborators. Gorgon City had the backing, too, of the mighty Black Butter Records – who’d already released a couple of Matt’s RackNRuin tracks, including a very early Jessie Ware collaboration – and the beginning of Gorgon City coincided that label’s explosion into the mainstream, spearheaded by Rudimental, began in earnest. Gorgon City singles have since sold in excess of half a million copies combined.

With the BB connections, the addition of major label backing and their own fast-growing reputation too, Gorgon City quickly started racking up impressive musical hook-ups. The one and only Katy B, pop singer-songwriter MNEK (two tracks including the gigantic single ‘Ready For Your Love’), R&B diva Jennifer Hudson (who is on the album and has GC production on her new single), UK soulboy Maverick Sabre, the sultry Yasmin, songwriting talent like Emeli Sande, Kiesza and Jimmy Napes.

Though Gorgon City’s album is complete and they are now riding the success wave with style, their long years of slog from bedroom tinkerers to journeyman producers and DJs mean that they’ll never take any success or trend for granted. The insane wellspring of creativity they tapped into when they teamed up as Gorgon City means that they never feel stuck in a rut. Club culture might be riding high at the moment – and Gorgon City might be infiltrating the charts and television with ease – these boys are anything but fair-weather ravers. You know they are in it for the long haul as they have always been.

Contraband is the UK’s top booking agent, with friendly, attentive account managers who guarantee you the best deal possible. Contact us today if you would like to book Gorgon City to be the headline of your event! We as your booking agent are more than happy to help you create the most memorable moments with Gorgon City. 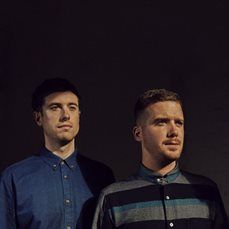 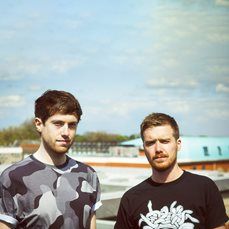 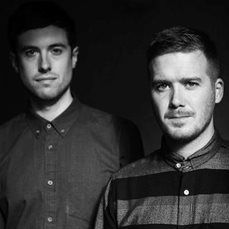 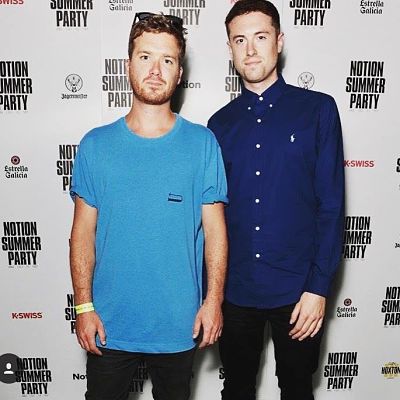 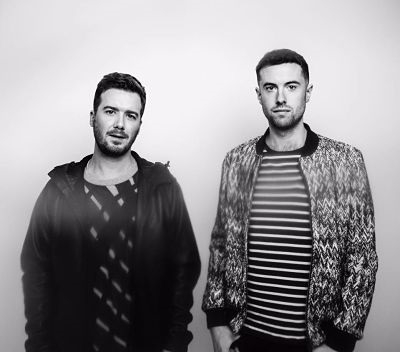