As a booking agent for Franz Ferdinand we can book Franz Ferdinand to be the highlight of your event. Franz Ferdinand are Scottish indie band whose name was inspired by a racehorse called Archduke Ferdinand! Franz Ferdinand’s lead singer is Alex Kapranos. The band have received countless music award nominations and wins including 2 Brit Awards, a Ivor Novello Award, Mercury Prize, 4 NME Awards. With their foppish good looks, skinny trousers and sly, sexy post-punk tunes, Franz Ferdinand were one of the U.K.’s best pop exports in the 2000’s, four suave Scotsmen who helped indie kids learn to dance. The Scottish quintet first scored a U.S. hit with “Take Me Out,” which combined a spiky riff with a shout-along chorus.

The duo began writing songs and soon roped in bassist Paul Hardy (a friend of Kapranos’, who actually taught Hardy how to play), and drummer Nicholas McCarthy. In 2003, the newly formed quartet released an EP, “Darts of Pleasure,” which reached No. 43 on the U.K. charts and earned attention for British music mag NME.

The buzz increased dramatically with the release of “Take Me Out,” which reached No. 3 in the U.K. The album was not initially as successful in the U.S., but after MTV latched onto “Take Me Out,” the song reached No. 66 on the Hot 100, and the album worked its way up to No. 32 on the Billboard 200. The band went on to win the coveted Mercury Prize in the U.K., as well as two BRIT awards and performed at the Grammys.

The follow-up album, 2005’s “You Could Have It So Much Better,” which broadened the band’s sounds beyond up-tempo dance-rock, got a faster start than its predecessor, debuting at No. 1 on the U.K. charts and No. 8 in the U.S., although it failed to make much inroads in the American mainstream, with no single charting higher than “Do You Want To,” at 76.

A third LP, “Tonight: Franz Ferdinand,” debuted at No. 2 in the U.K. and No. 9 in the U.S. Singles “Ulysses” and “No You Girls” reached the Top Ten in several countries.

Contraband is the UK’s top booking agent, with amiable, skilled account managers who guarantee you the best deal possible. Contact us today if you would like to book Franz Ferdinand to be the headline of your event! We as your booking agent are more than happy to help you create the most memorable moments with Franz Ferdinand. 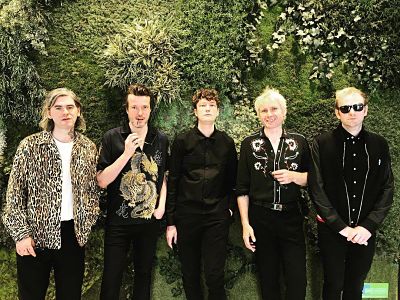 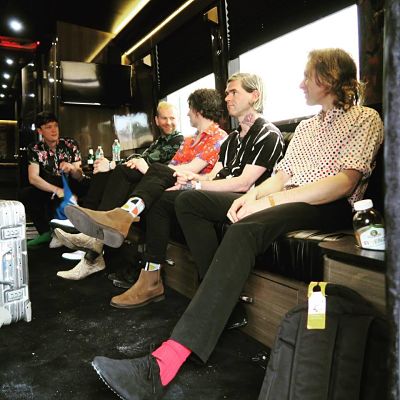 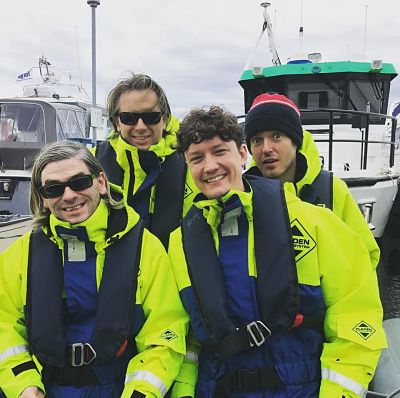