Air, earth, water and fire are no barrier for this world-class company of circus artists performing breathtaking stunts and beautiful routines, which are themed to reflect the elements, allowing the performance to be split into enchanting episodes to be played out through the evening.

A solo aerialist performs a beautiful and breathtaking dance in the air as water slowly falls around her; a group of African drummers provide celebratory; rousing beats for a troupe of lithe, strong acrobats; a fire dance becomes a finale of flames and pyrotechnic effects as the company return to the stage for a final bow…

Specially created costumes, high styling and sleek production are topped off with atmospheric video projections. A mixture of pre-created visuals and live video mixing, the video adds another dimension to the show, transporting the audience to another world and making this a show to remember.

Staging, lighting and sound can be supplied.

★ Transports the audience to another world 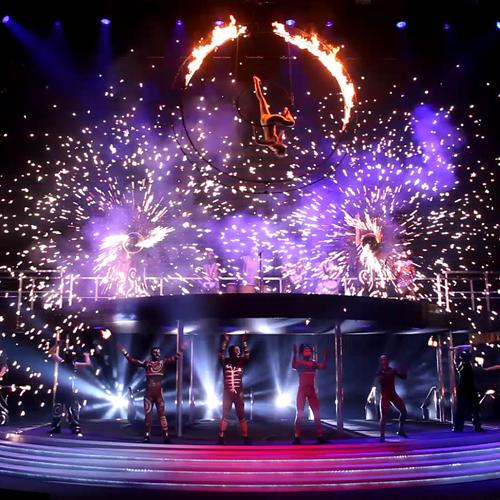 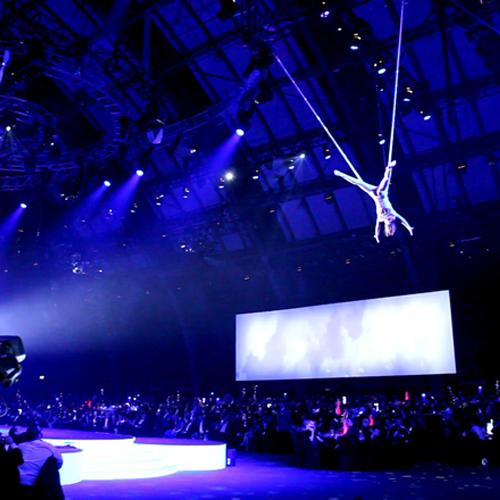 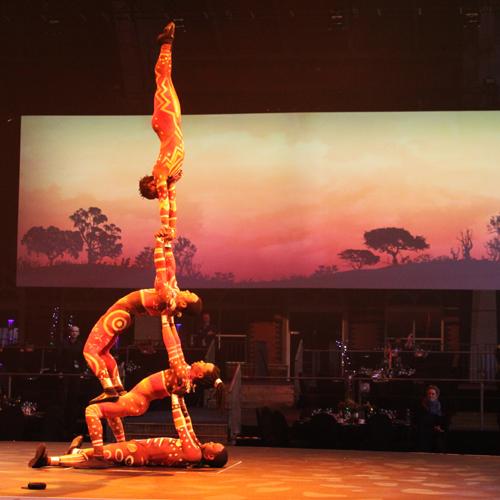 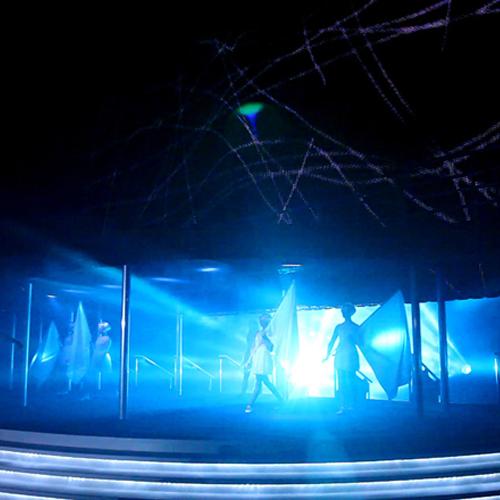 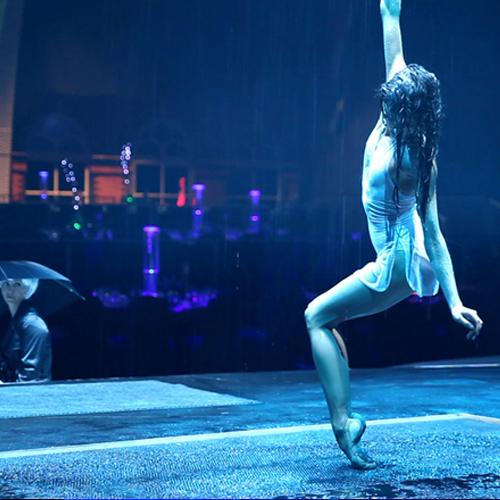 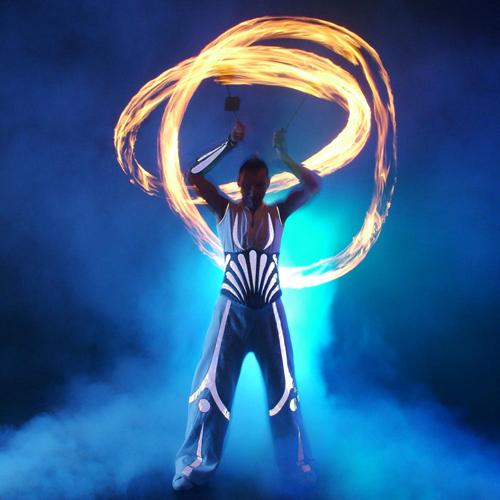 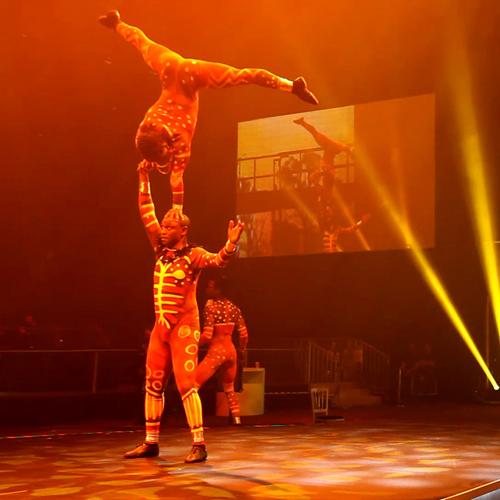 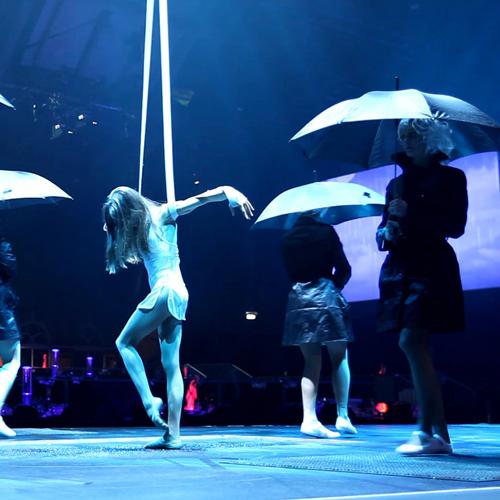 “Fantastic to work with. Your creative interpretation of our brief, dance-ability that wowed the crowds every time and positive attitude to all the challenges you came up against in each venue was fantastic.”