Booking Foals will cause a storm at your special event! We are a booking agent for Foals, and can arrange for Foals to perform for your guests. Foals are an English indie rock band comprising Yannis Philippakis, Jack Bevan, Jimmy Smith and Edwin Congreave. Foals have won Q Award & NME Awards for Best Live Act. They’ve enjoyed success with their albums Antidotes, Total Life Forever, and, in 2012, showcased their passion for a truly diverse range of musical influences with their mixtape album Tapes. Their dance-inflected beats have seen them booked to rock a range of venues from private house parties to London warehouse clubs.

What links the minimalism of American composer Steve Reich, guitars that sound like insects and tennis player Andy Roddick? The answer is one word: Foals. The explanation is a bit more complicated.

Let’s start at the beginning. Foals are a five-piece dance-rock band currently living in Brighton. Yannis Philippakis (20, vocals/guitar), Edwin Congreave (22, keyboards), Walter Gervers (23, bass), Jimmy Smith (22, guitar) and Jack Bevan (21, drums) met in their native Oxford, where they bonded over a shared sense of humour and a desire to distance themselves from the city’s art school/university scene. Bored with the interchangeable electro records they heard at every party, they decided to make the kind of music they wanted to dance to. “We wanted to make music that was very technical, that wasn’t just party music, but at the same time you could dance to it,” explains Yannis.

First they christened themselves Foals. It was a nod to Yannis’ surname, which means “little lover of horses” in Greek. “I like Foals because it’s a nice word and it doesn’t give away what the band is about,” he explains. “It sounds fresh and new.”

Then they installed themselves in a tiny rehearsal room and started bouncing ideas off one another. Tensions ran high. “I was shocked by how critical every one was of each other,” says Edwin. “We’ve always been very self-critical,” expands Yannis. “There was an almost dangerous amount of criticism.” If the high-pressure atmosphere strained intra-band relations, they quickly identified a winning formula: driving percussion high in the mix, guitars played above the 12th fret, no chords and splashes of synth colour. The result was pristine, perfectly formed dance rock such as Balloons, Hummer and Two Steps Twice.

Foals don’t really sound like anyone else. There are hints of other bands, but their lines are cleaner, like the schematics for a piece of precision engineering. And there’s something strange about those guitars.
“They’re meant to sound like insects,” says Yannis. “They’re played high on the fret board – we even hold our instruments up high. The result sounds like a cloud of insects forming these strange harmonies.”
The nano-tech precision was a result of Yannis’ obsession with sonic tidiness and the reductive approach of the aforementioned Steve Reich, the man who introduced the concept of minimalism to popular music in the ’60s and ’70s. “I can’t stand messy music,” says Yannis. “It’s an obsessive compulsive thing. It doesn’t interfere with everyday life: it’s aesthetic. I like music that has a structure, an order and a pattern. And I like it when patterns fit together in weird ways.”

As well as Reich, Foals name check minimal German techno tracks such as Plumbicon by Monolake and Dead Man Watches The Clock by Dettman/Klock. “But we like all kinds of stuff,” says Yannis. “Devo, Glen Branca, Battles, Arthur Russell, Nelly Furtado. Justin Timberlake. I listen to world music. Jack listens to electronica. We like taking the best bits of other music and forming a new whole. That’s not an original idea, but I think what comes out of it is fresh.”

Live, Foals don’t so much fizz with energy as explode like a well-shaken bottle of champagne. “It’s like we’re all battling for supremacy on stage,” says Edwin. The dance-inflected beats have seen them rock venues ranging from the kitchen at a house party to London warehouse parties. It’s no exaggeration to say they are the best new live band in the UK.

Meanwhile, the lyrics are striking, surreal images seemingly disconnected from the music. “They’re not narratives,” says Yannis. “They’re usually a image that’s seared on my brain. For example, Balloons is a love song, but I had this image of hot balloons being elevated on some strange fuel. I had this image of thousands of hot balloons in the sky. Other lyrics are about partying and girls, but at the same time they’re about sine waves and cosine waves. I want the lyrics to augment the aesthetic of the music, but not to smother it.”

The sometimes surreal lyrical imagery is complimented by Foals’ artwork, all of which is created by the “sixth member of the band”, Tinhead. “He creates something visual that matches what we want the music to sound like,” says Yannis. “There are all these weird lines, humming birds and bright colours. He chops up things like Soviet imagery and pastes it next to flowers. That cut’n’paste approach reflects the music.”
But what about Andy Roddick?

“I read a book by David Foster Wallace called Infinite Jest,” says Yannis. “It’s about drugs and tennis. It got me into tennis as a result. I like Roddick because he’s an all American hero; he could be out of The Great Gatsby. He’s got the fastest serve ever. It’s beautiful. It’s like ballet. It’s so clinical. I’m more into Andy Roddick than any musician. I based the lyrics for our song The French Open on the Andy Roddick/Lacost advert.”

“No, we don’t understand his obsession with Roddick either,” says Edwin.

A strange story then. But already a fascinating one, and it’s only just started.

Contraband is the UK’s top booking agent, with affable, experienced account managers who guarantee you the best deal possible. Contact us today if you would like to book Foals to be the headline of your event! We as your booking agent are more than happy to help you create the most memorable moments with Foals.

Foals : Videos | Book for your event 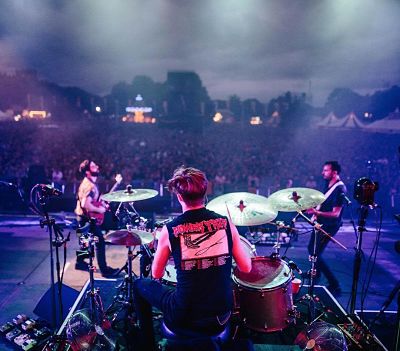 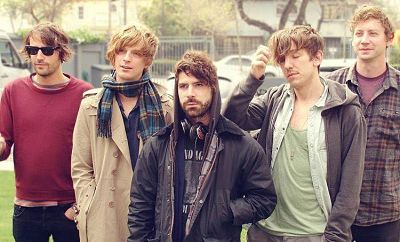 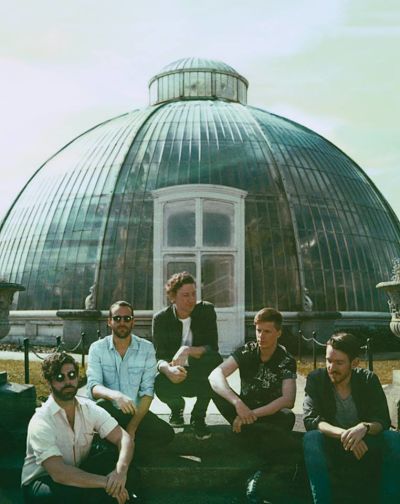 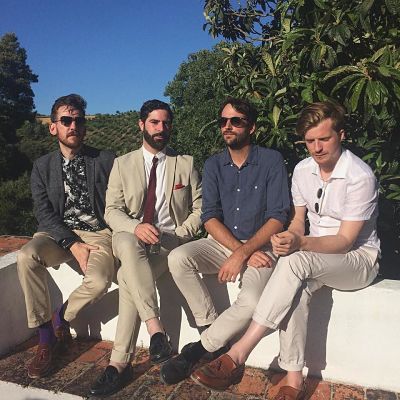