Whether a fight for a ladies honour, a duel between Sir Lancelot and Mordred or the traditional St George versus the Turkish Knight, SAS provide you with “a great display with bone crunching realism that will really get the audience going”.

Throughout the evening the knights can be available for many duties: guard of honour for your VIPs, meeting and greeting at the door or simply mingling in with the guests to add more colour and spectacle to the event.

We take you back to a medieval court as the knights parade round in front of the assembled court and lay their grievances before the Knight Marshal. he orders trial by combat and the combatants move amongst the crowd, choosing favours from the fairest maidens in the land.

With a variety of weapons, battle commences, we can stage several fights within one performance with up to 8 knights or simply have two antagonists. The first fight usually ends in a draw, being more of a show of arms than actual combat to the death, with the more chivalrous knight being wronged in some way. His more disreputable opponent is severely chastised and banished. As he leaves the venue he swears revenge and vows to return.

With a great deal of noise (and hopefully boos and jeers from the audience) the banished knight returns and demands that his honour is satisfied, his name be cleared. The Marshal announces a fight to the death and with the audience the Battling Knights take centre stage to finish off the evenings entertainments with a whirlwind display of flashing swords, flails, maces and axes. But who will triumph in the end? Let us add that something special to your event and find out!

This is just one of many Medieval scenario’s that can be performed, The performers are extremely flexible in their ability to adapt to your needs.

★ Will really get the audience going

★ A great spectacle to add to your event 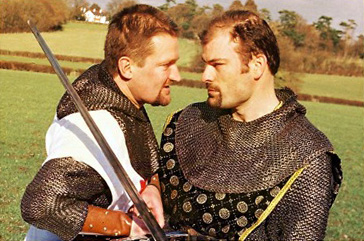 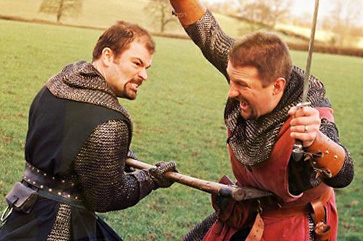 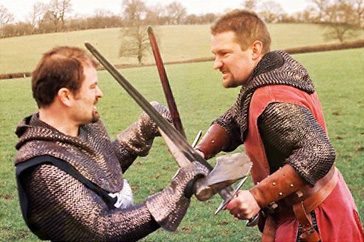 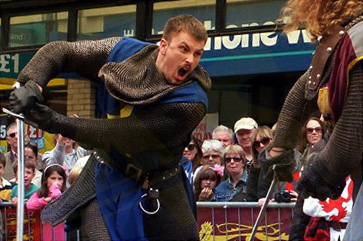 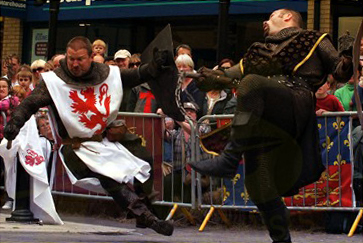 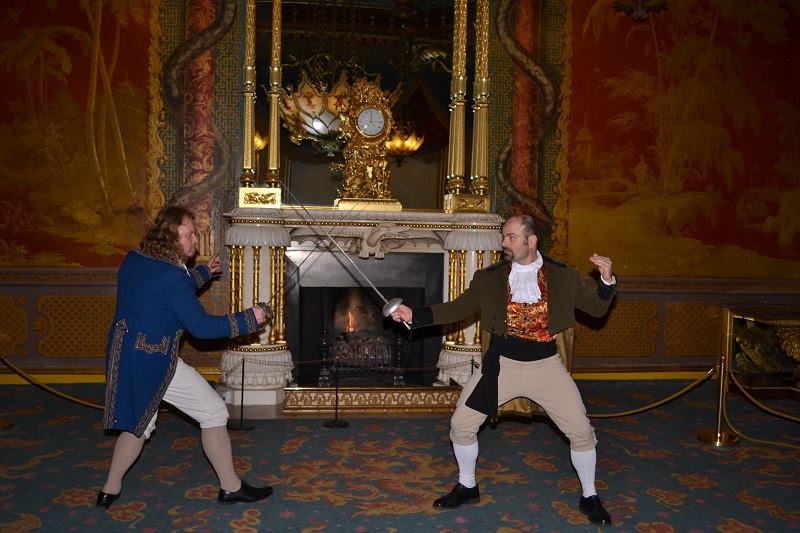 Thanks guys! Once again The stunt team saved the day!
NDS Promotions Ltd

Check out other Fighting Knights Theme