Fever’s unique, acclaimed version of Ravel’s ‘Bolero’ has all four playing on one cello simultaneously. Then they challenge the audience to play Name That Tune as they race through 20 of the best-loved film themes in one breathless arrangement. Their helter-skelter James Bond medley is an absolute killer and the show ends with Fever’s breath-taking signature finale, ‘The History of Music… in 5 Minutes’. Charisma, humour, energy and a distinctive use of custom-made ‘Violectra’ instruments create an experience that can only best be described as… Fever!

Giles and Ralph studied at The Royal Academy of Music, and Graham at The Royal College of Music. From the day Giles father gave him his first violin lesson on his sixth birthday, his passion was born and he was destined to make his career as a violinist.

The family had long been a musical one: Grandfather Harold was an organist, choirmaster, Alan (Giles, Ralph and Neals father) as a Music Master at Rugby School; Stephen (Grahams father) was principal viola in the Welsh National Opera, professor of viola at the Welsh College of Music and Drama, Cardiff University and with the National Youth Orchestra of Great Britain; and Uncle Nigel has been a violinist in the London Symphony orchestra for nearly 30 years. As youngsters Giles and Ralph would regularly watch their uncles, Stephen and Nigel, performing and this was a major inspiration.

While students, Giles and Ralph, together with two friends from school, spent their summer holidays touring Europe in a camper van, busking to pay their way. Over four years they performed on the streets of almost every major capital city and they quickly learnt the value of turning their musical performances into all-round entertainment. Dreams of broadening this gift and passion into anything greater were put on hold, while more traditional careers were pursued.

On their travels they saw a busker playing the world’s first six-string electric violin and decided they had to have one. David Bruce-Johnson, a Canadian living in Birmingham, was the creator of this instrument, called Violectra. David has made instruments for many great violinists, including Nigel Kennedy, Jean Luc Ponty and Maxim Vengarov, and he went on make a quartet of instruments for Fever. On leaving the Royal Academy of Music Giles was asked to lead the orchestra of the German production of Andrew Lloyd Webbers ‘Sunset Boulevard’. Ralph joined him in the orchestra and they moved back to England to tour with ‘The Phantom of the Opera’. This led them to the West End, and Graham joined them in the orchestra of ‘My Fair Lady’ at the Theatre Royal, Drury Lane. During this time they also spent time as session musicians for artists including Paul McCartney, Groove Armada, Travis and Dido.

Neal was due to follow in the family footsteps and take up a place at music college in London when, following the closure of ‘My Fair Lady’, his brothers found themselves out of work and an idea was born – to form Fever.

Fevers after dinner show is suited as a grand finale to an evening or for lifting the mood of an audience before an award ceremony or presentation.

Stage requirements -Fever require a performance area with a minimum dimension of 8’ by 12’ (2.4m by 3.6m). For more than 60 or so guests a stage at least 1’ (30cm) high is usually required. The stage should be sufficiently lit so that Fever’s facial expressions can be seen.

PA requirements – Fever require a high quality PA system (with bass bins) suited to the size of the venue, with equal sound distribution around the room in relation to the number of guests. Fever also require two channels on a mixing desk, two microphone stands and two high quality monitor wedges.

Please ensure there is a bar stool available for the cellist!

★ A truly original show with a distinctive use of violectra instruments

★ Four world class musicians creating a once in a lifetime experience 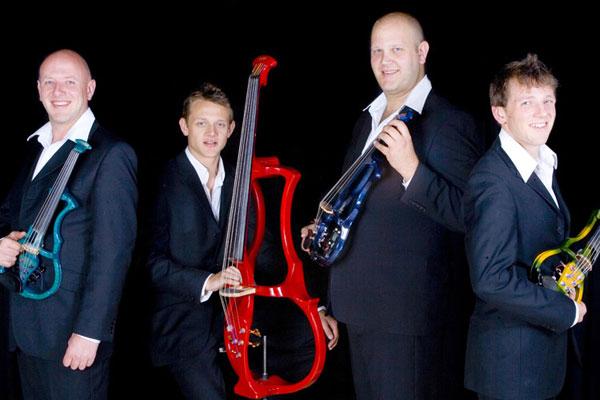 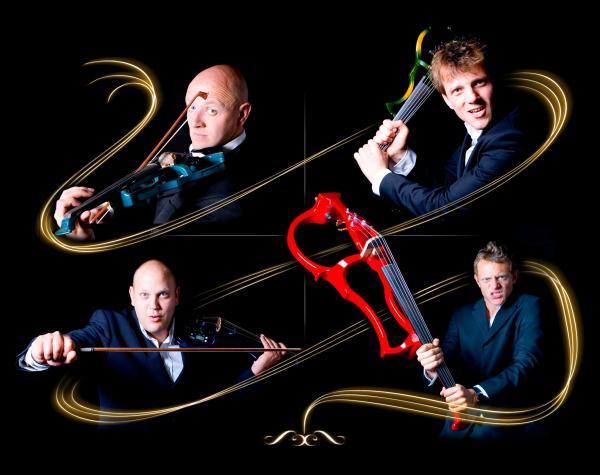 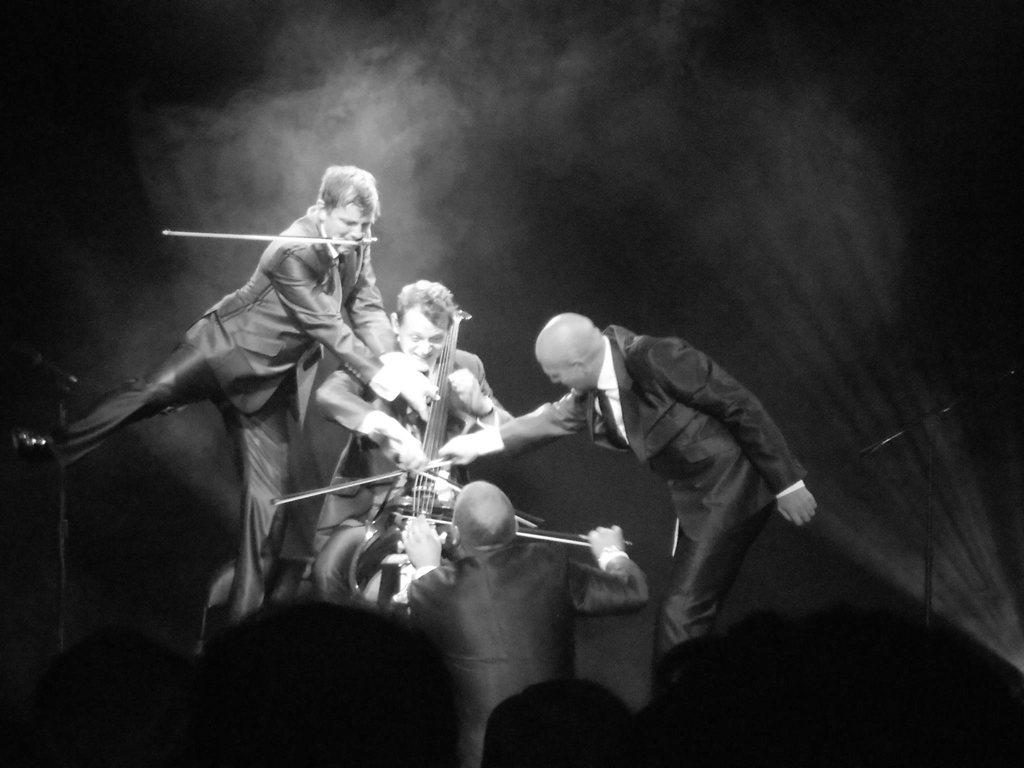 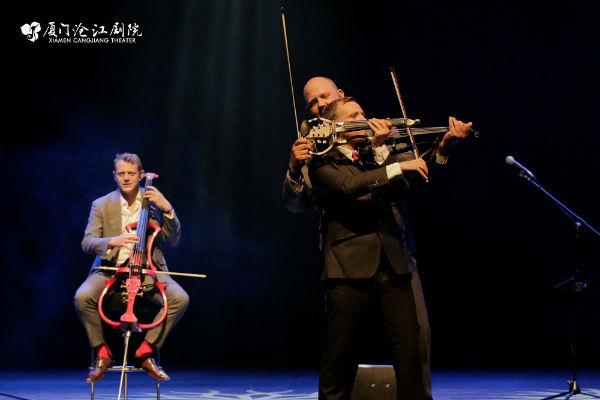 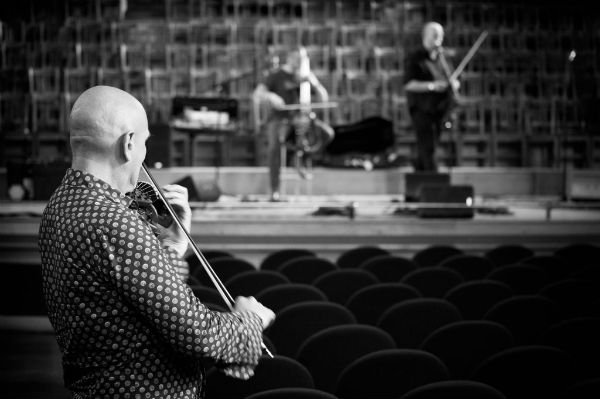 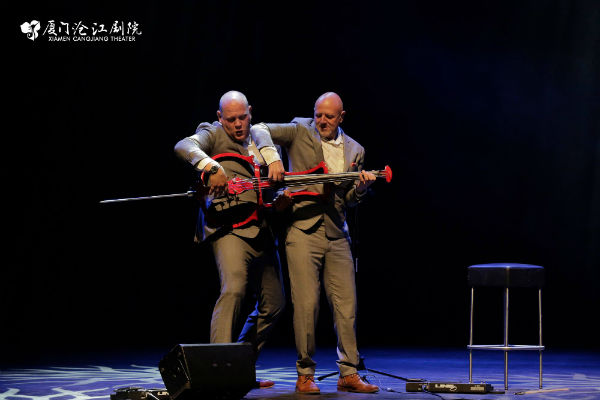 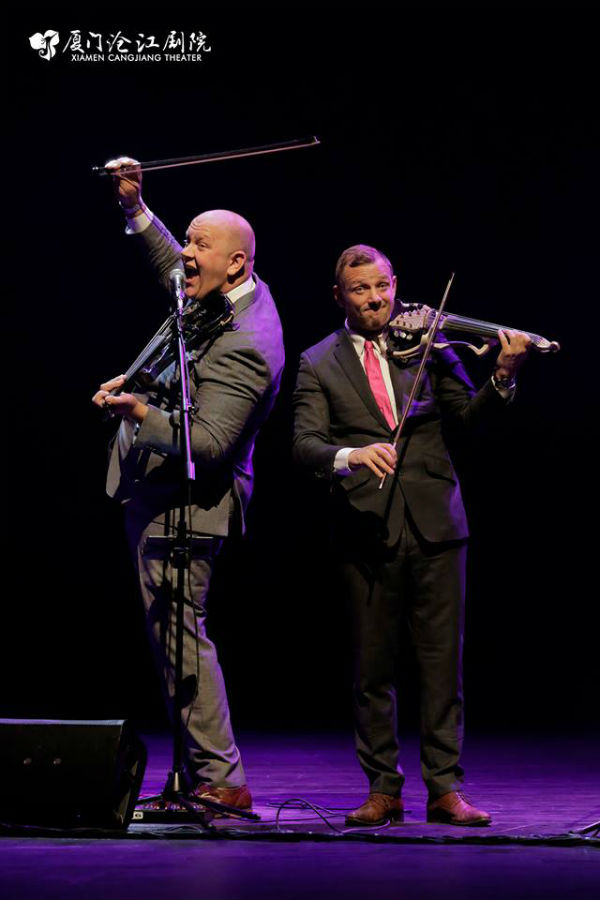 Fever are truly genre defying, they create musical magic and are a delight to watch and listen to…
Off West End Theatres

An act that not only delivers what you want but exceeds all expectations and as an added are an absolute delight to work with.
Intercommunic8

There was no way I was gonna miss a Fever gig. You dont see a band like this every day!
Record Producer

Fever was wonderful and was extremely helpful with every requirement we had. Despite a technical fault on the day with our clapometer Fever were incredibly professional and delivered a faultless performance.
CBBC The Slammer

Check out other Musical Shows and Cabaret Performers