Lorrie is a national multi award-winning ventriloquist & vocalist. In her own unique style, Lorri has combined these 2 art forms to create a stunning totally unique act. Performing classical arias, as a ventriloquist as well as many other styles of song.

An incredible ventriloquist whose comedy is gentle and appropriate for all audiences. Lorrie has several professional puppets incorporated into her act and can include audience participation, which involves turning a member of the audience into a vent puppet.

Lorrie’s performances always leave the audience spellbound with the variety and skill she showcases. A ventriloquist with a classically trained voice, who has mastered her technique of performing with her stunning puppets. Lorrie gained her expertise from Gary Owen a personal coach in Cincinnati who is a highly respected ventriloquist / coach.

Lorrie has won national awards for her tribute shows to Kate Bush, Dame Vera Lynn and is also endorsed by Dame Vera Lynn. The awards were given to her from the Agents Association of GB. Lorrie was also presented with a ‘Women of Sheffield’ award for her services in entertainment.

Lorrie has performed her ventriloquist act on cruise ships and hotels around the UK, as well as a support slot for Gilbert O Sullivan. Also being invited to appear at the home of the Chelsea Pensioners to entertain the veterans who were amazed with her act.

★ Lorrie has been coached by highly respected ventriloquist Gary Owen

★ Lorrie was also awarded The ‘Women of Sheffield’ award

★ An unusual ventriloquist with a classically trained voice 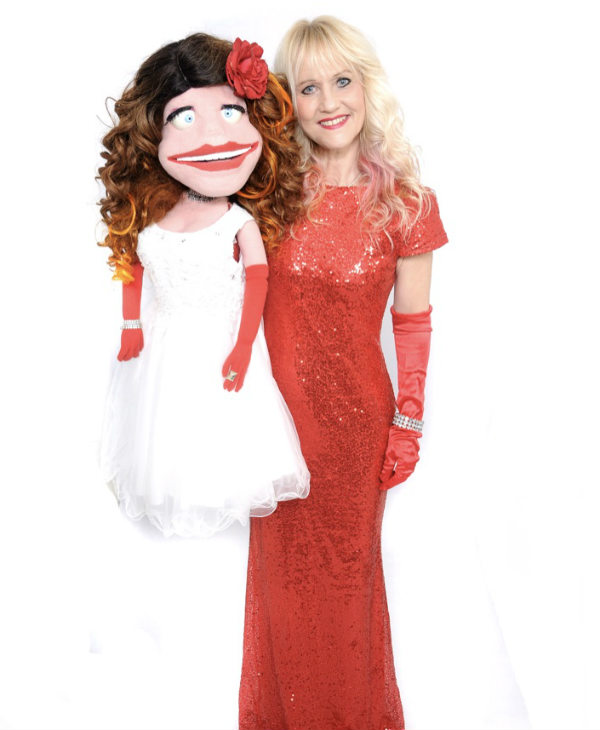 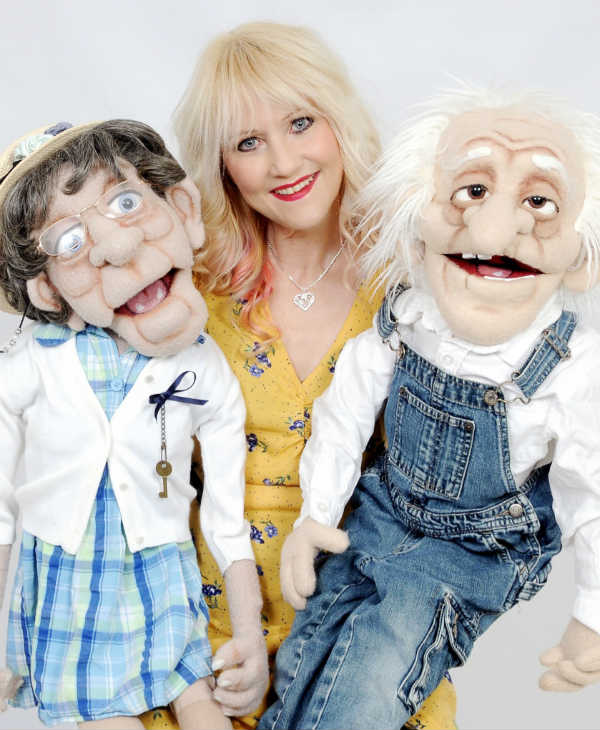 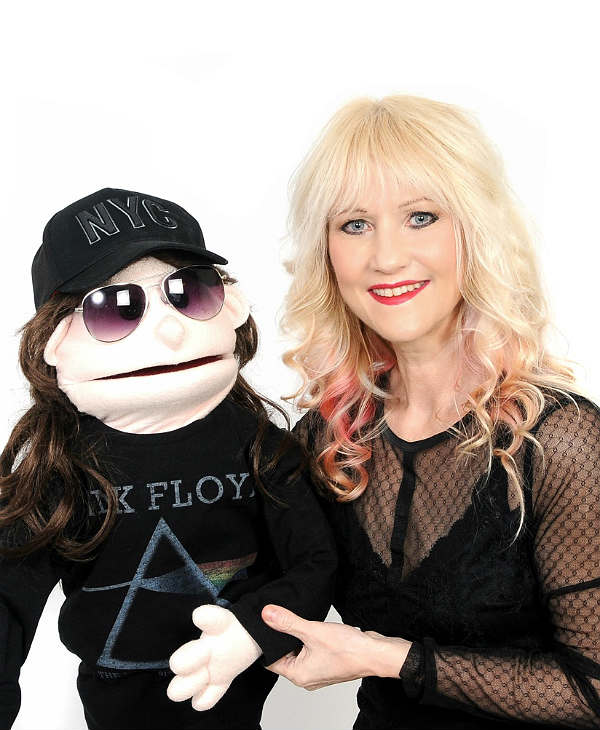 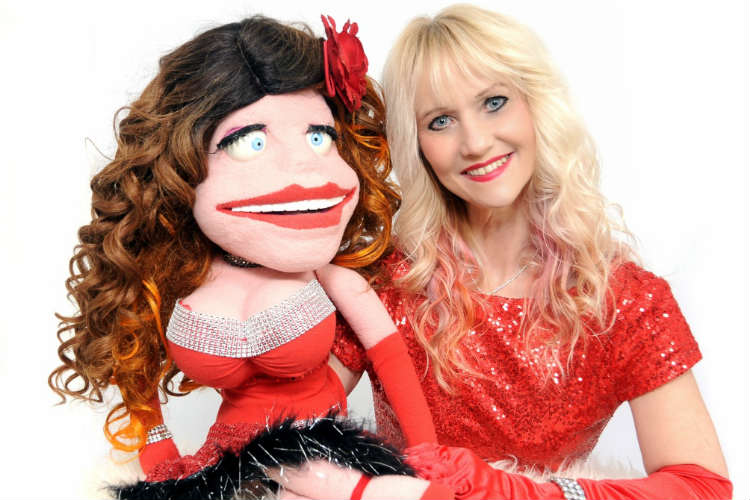 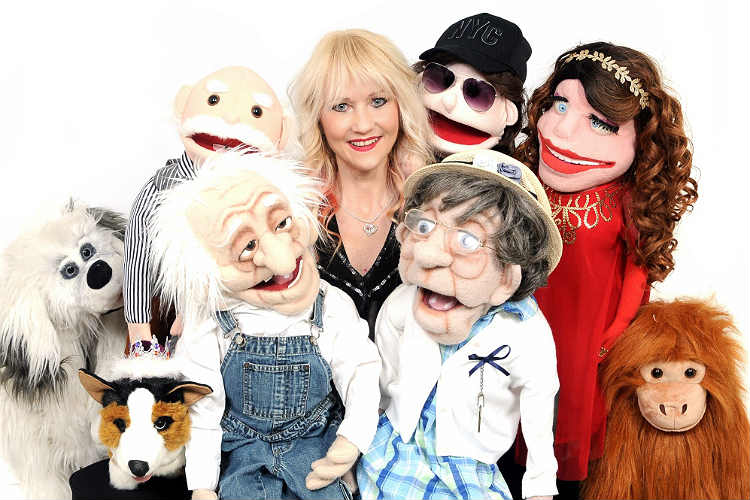 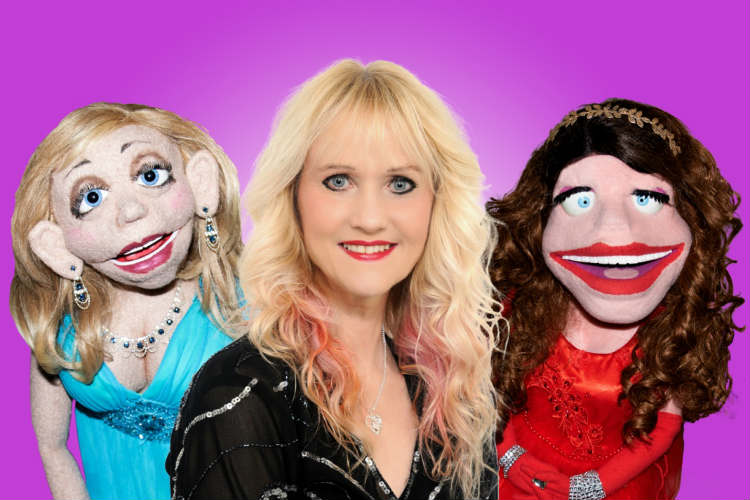 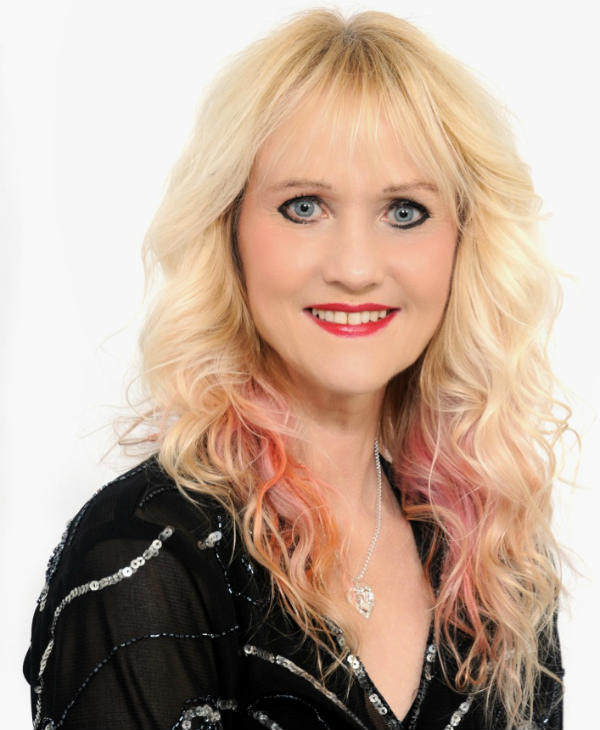 A most engaging act, very suitable for all ages. Emily has a wonderful singing voice, is a good vent and puts everyone at their ease. I would recommend her without hesitation.
– Dr A T Day, Harrogate Hospital Friends

‘I have never seen anything like that before, a totally unique act’
– Apex Theatre, Bury st Edmunds

‘I love the characters of your puppets’
– Stowe Marries Aerodrome

Thank you to Emily Brown for making my cruise to Spain and Bordeaux even more memorable by singing Happy Birthday to me, with of course, one of her dummies! I have just emailed the cruise liner, Fred Olsen to recommend her for other cruises.
-Cruise ship passenger April 2019

Lorrie and Friends is a proper variety-style ventriloquist act. Opening with her posh lady
character Gloria, singing Pucchini’s O Mia Babbina Caro while not moving your lips at all really is
quite something! More characters were introduced and given the addition of topical gags, this act
could easily be massive. Technically quite superb, Lorrie should make oodles of new friends
after this successful showcase outing. These days people often categorise this type of act as ‘for
the kids’. A shame really as we have a rich history of vents who know how to entertain all the
family.
– Mark Ritchie and UK Cabaret magazine