Epico is an animatronic puppetry show and creature based street-theatre performance. Sir Aurelious Jones, the pirate knight, gathers a crowd and chooses three children from the audience. Having passed three tests and won the Golden Breastplates they accompany Sir Aurelious on a quest to find and tame the (animatronic} dragon! In the Dragons Lair the children meet Epico the dragon and must rescue Sir Aurelious from certain death before teaching him how to become friends with the dragon.

Having saved his life, the children are knighted before leaving the heroic world transformed. At the end of the puppet show there will be a once in a lifetime opportunity for all to get up close and personal with biggest, brightest & most beautiful creature ever seen – the dragon. You could make friends… but only if you dare!

★ A great walkabout act which is entertaining for all ages

★ You could be friends but only if you dare! 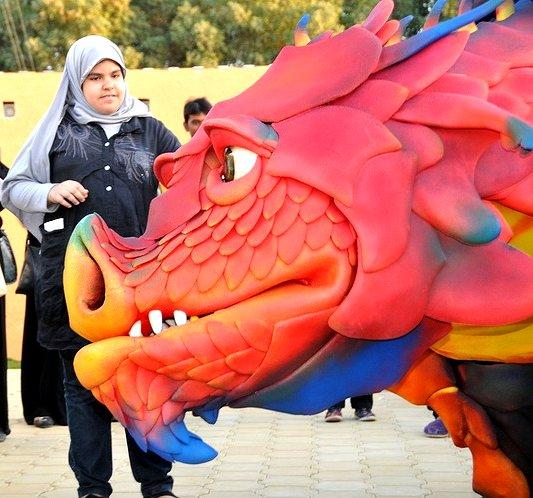 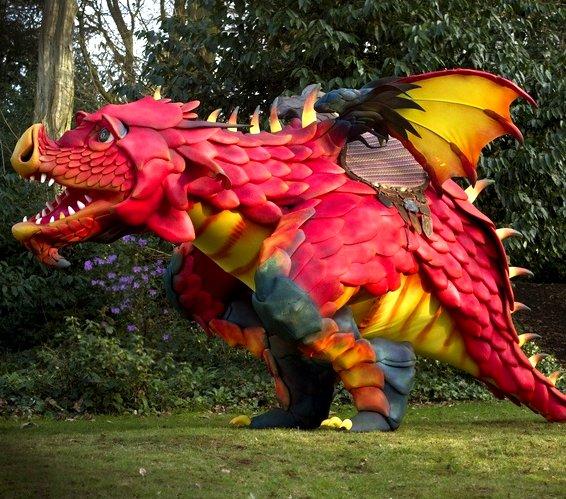 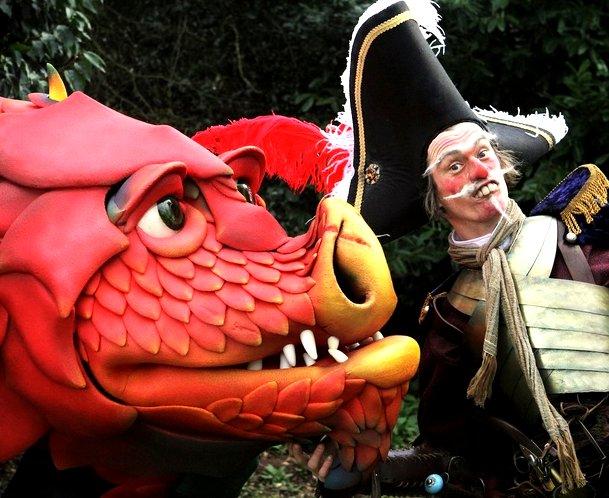 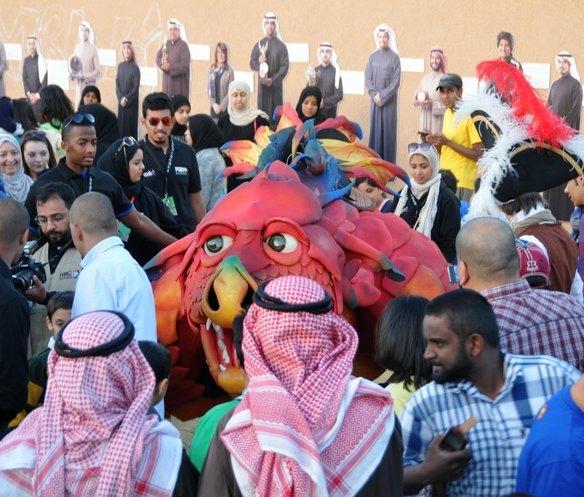 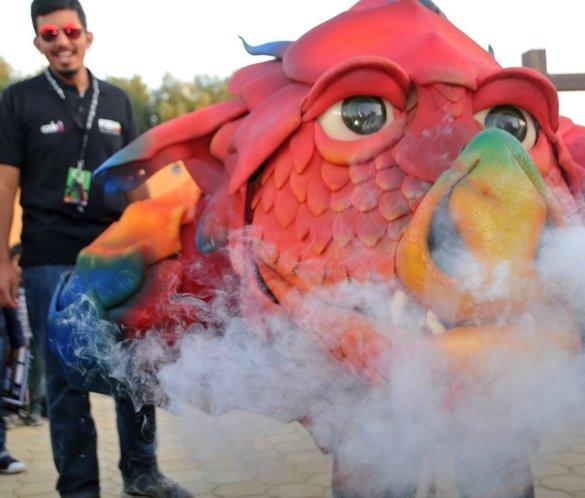 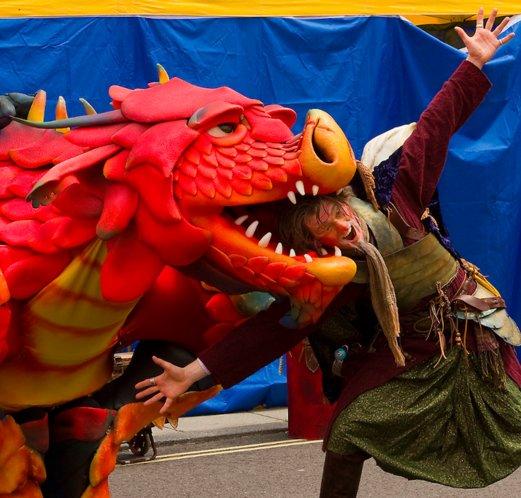 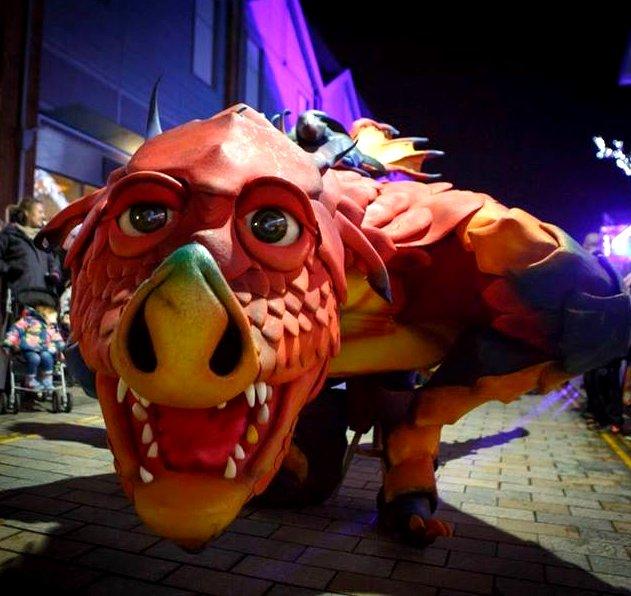 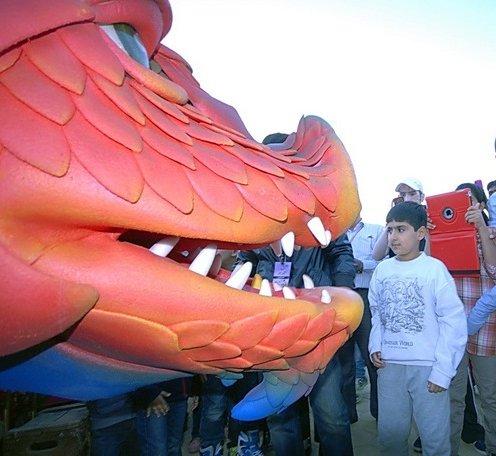 Phenomenal and Superb are just two of many superlatives that you can use when you describe Epico the Dragon and working with Creature Encounter at your events! From two extremely professional guys with imagination and drive come two outstanding characters; Epico the Dragon and Sir Aurelious Jones, the former who captivated children into believing that Dragon’s really do exist and the later who captured the hearts of many of the ladies present! A ‘tour de force’ in quality entertainment that made me laugh until tears were rolling down my cheeks! A truly wonderful and amazing act that I would recommend without reservation.”

“Epico is the best act I have seen in the last 5 years.”

“They were fantastic! They were a pleasure to work with and really helpful, Epico was a large dragon and they did two fantastic sessions one ended up being an hour long! I hope they enjoyed the event. We will certainly be interested in booking them again next year. Possibly inviting them back for a show.”

“…two of the nicest people I’ve ever worked with.“

“The guys were amazing and the show was excellent, really funny and all the kids loved it. Definitely something we would book again as it was magical. Thanks for all your help.”

Check out other Animatronic Puppets