The Starletts are a hot Disco and House duo like no other, a very original concept and delivery make this act truly unique. A duo that think outside of the box, The Starletts have carved themselves out a special niche, delivering top draw performances time after time, leaving the audience always wanting more.

London born drag queen Miss Diamond and Danish songstress Wiveca became good friends after crossing paths in Athens, Greece. Both coming from professional backgrounds of supporting top artists, knowing what it would take to be successful and what is needed to deliver a top-notch performance. This Disco & House duo stand out with distinctive voices, a great look and vibe and possess that undefinable element. They started their bond over a mutual love of classic house music, disco, 80’s/90’s soul, rich harmonies and a memorable lyric. In that very moment The Starletts were born!

The Starletts rock the house like no other, expect classic disco and house grooves, killer vocals and tight choreography, add to that The Starletts love of bespoke outfits, you know they will be styled to the max, and will have you kicking your heels and singing like you’ve never sang before. Soon after The Starletts formed, they immediately hit the studio and penned their incredibly infectious debut track ‘On His Mind’ produced by New York house music legend Lenny Fontana, who then introduced them to the world of house music.

A very successful debut for The Starletts included a debut performance at Amsterdam Music Festival ADE alongside the incomparable Lenny Fontana and culminated with the honour of having their track played at The Yankee Stadium in New York. The Disco & House Duo have spent last summer lighting up the dance floors on the exclusive island of Mykonos, Greece. A season at new V.I.P club Secret Of Baos and performing at Lindsay Lohan’s eponymous new beach club ‘Lohan Beach’, filmed for her forthcoming new reality show on MTV.

The Disco and House duo are gearing up to record their follow up track again produced by the magic touch of Lenny Fontana, a stormer of a disco track is promised, and shows over Europe and beyond.

★ A Feel-good show, you will hear the songs you know and love.

★ The Starletts always know how to get the crowd having fun. 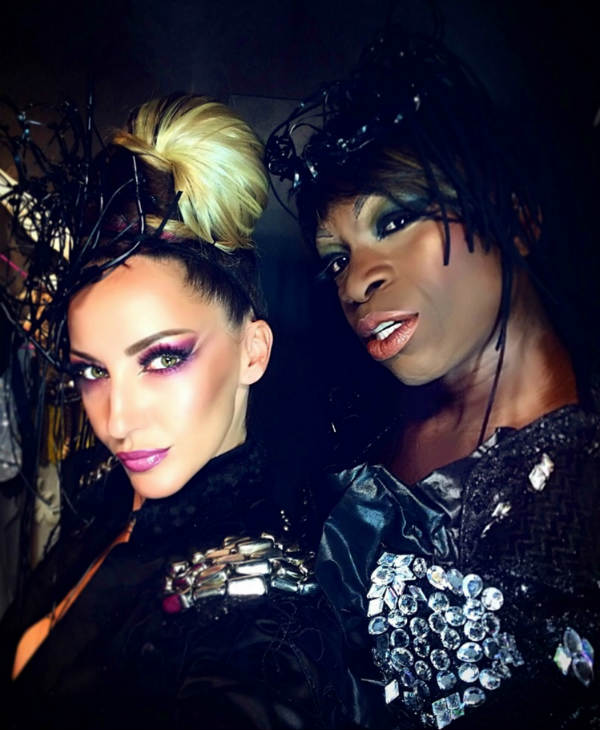 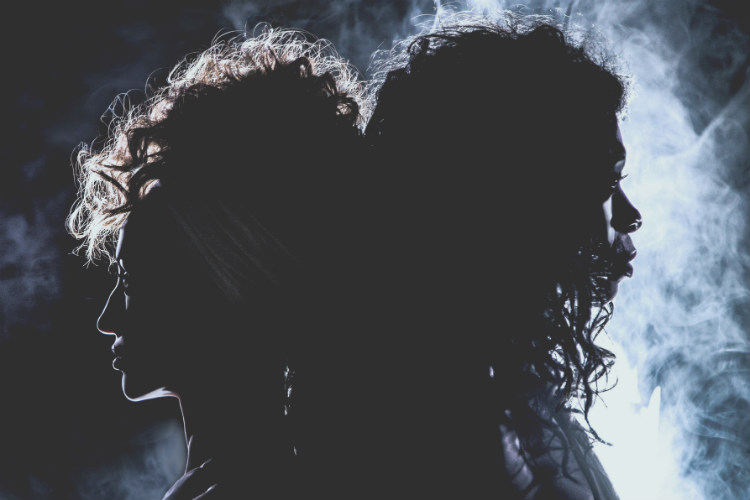 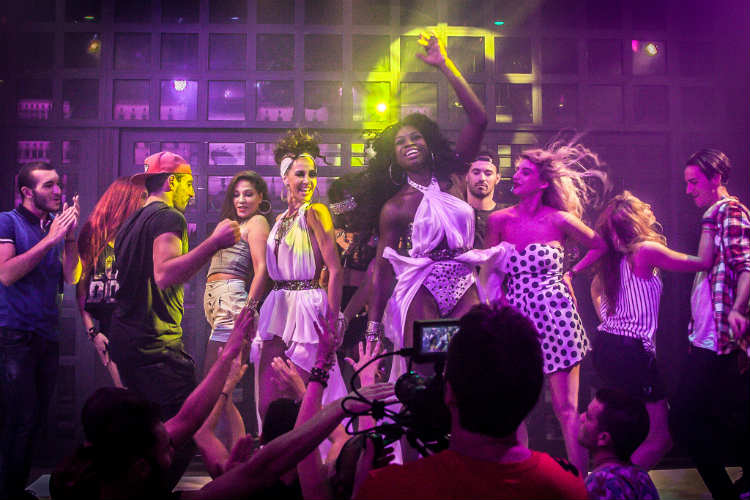 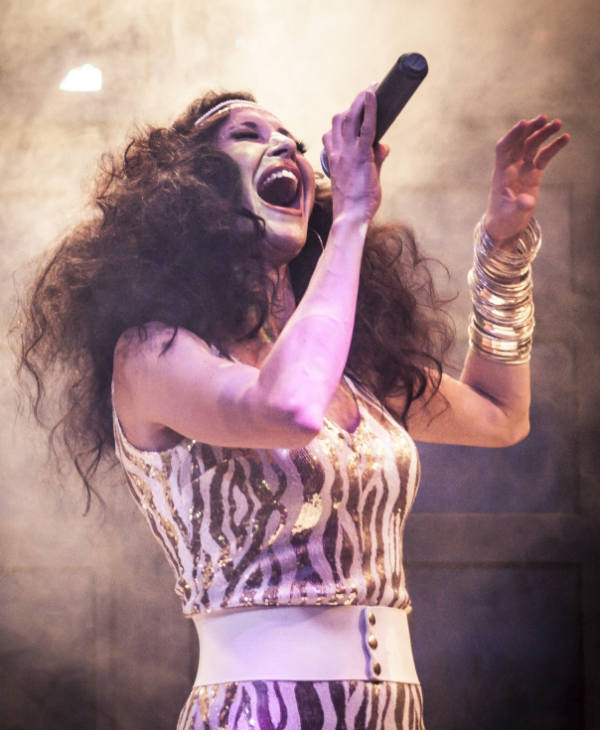 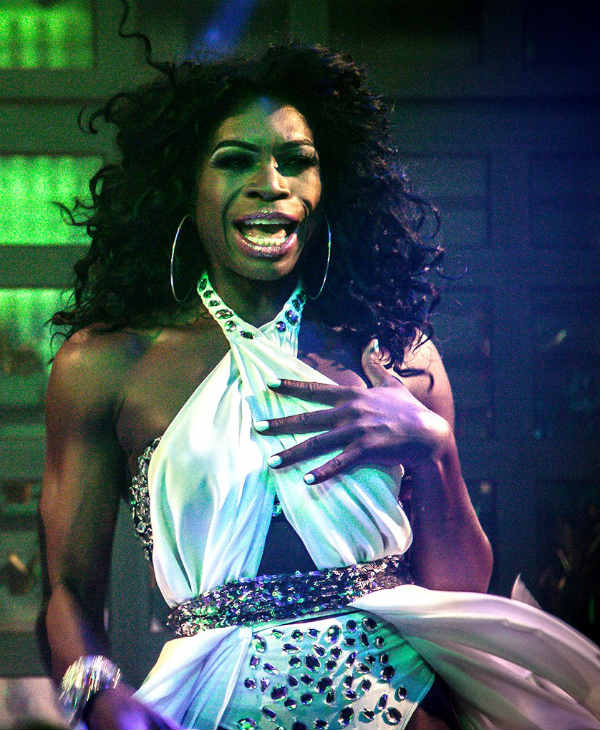 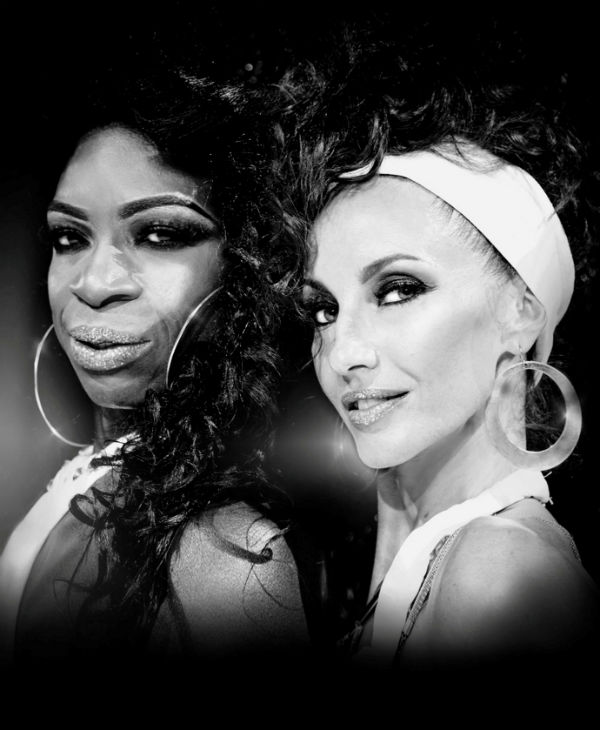 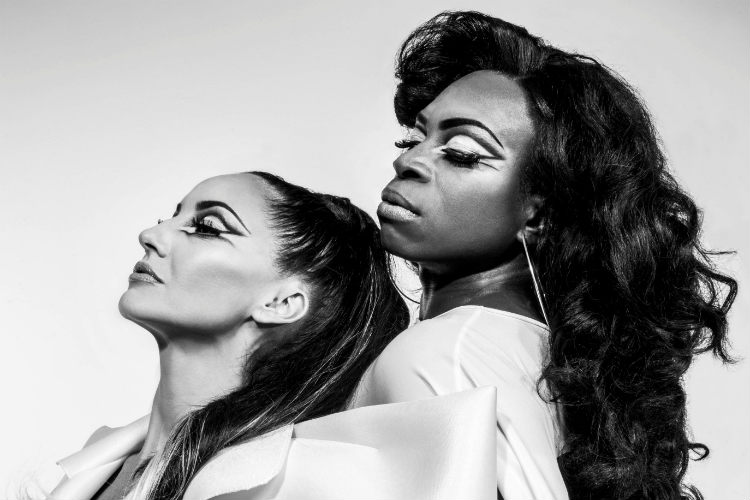 “We’ve had The Starletts perform many times at Shamone and what a crowd pleaser they are!
Wonderful voices, original and professional these 2 will have your place jumping. An absolute must!”
– Vangelis Gerasimou, co owner of Shamone, Athens, Greece

“The Starletts are an absolute to joy to have on anyone’s stage! High energy, with great moves and fantastic voices, they will have your crowd up and dancing in no time. Totally professional and very easy to work with. A great set by them is definitely one to have, bookers take note!”
– Lysander, Royal Vauxhall Tavern, London

“‘The Starletts’, Wiveca and Benji are two unique people that are highly motivated and engaged to entertain. They have the right knowledge, experience and talent to ensure a great show! They are warm and professional to work with and if you allow to, they become your friends instead of partners in business.
‘The Starletts’ did an amazing job working with us, delivering impressive show helping Wizard Events & PR to delivered an impeccable event thanks to personal engagement.
Wizard Events & PR will work with ‘The Starletts’ without second thought if the need arises in the future.”
– Daphne Kolota & Takis Haggipavlu
Wizard Events & PR

Tina Turner – Private Dancer
Chaka Khan – Ain’t nobody
George Michael & Aretha Franklin – Knew you were waiting
Lisa Stansfield – Been around the world
Aretha Franklin – Say a little prayer
Stephanie Mills – Never knew love like this before
Michael Jackson – Rock with you
Gwen Guthrie – Ain’t nothing going on but the rent
Michael Jackson – Love never felt so good
Womack and Womack – Teardrops
Pointer Sisters – Could I Be Dreaming
Diana Ross – I’m Coming Out
Yvonne Elliman – If I Can’t Have You
Inner Life – Caught Up One Night Love Affair
Shalamar – Second Time Around
Chaka Khan – I Know You l Love
Evelyn King – Love Comedown
Jocelyn Brown – Somebody Else’s Guy
Stevie Wonder – I Wish
Stevie Wonder – Superstitions
Emotions – Best Of My Love
Chic – Good Times
Jackson 5 – Can You Feel It
The Pointer Sisters – Jump for my love
Quincy Jones – Ai No Corrida
First Choice – No Man Put Asunder
Rufus an Chaka Khan – Any love
The Braxton’s – Boss
First Choice – Dr Love
Rose Royce – Still In Love
Moloko – Sing It Back
M People – Moving on up
Inner Life – I like it like that
Odessey – 1 2 3 Shake Your Body Down
Madonna – Like A Prayer
Kylie Minogue – Spinning Around
Kathy Dennis – Touch Me
The Brand New Heavies – You Are The universe
Donna Summer – Could It Be Magic
NuYourican Soul – Runaway
Irene Cara – What A Feelin
Sister Sledge – We Are Family
Kool & The Gang – Ladies Night
Lipps Inc. – Funky town
Joe Cocker & Jennifer Warnes – Up Where We Belong
KC & The Sunshine Band – That’s The Way (I like it)
Kool & The Gang – Get down on it
Kool & The Gang – Fresh
Andrea True Connection – More More More (how do u like it)
I Deep – Last Night A Dj Saved My Life
The Jacksons – Blame It On The Boogie
McFadden & Whitehead – Ain’t no stopping us now
Sister Sledge – He’s the Greatest dancer
Shalamar – A Night To Remember
Luther Vandross – Never too much
Luther Vandross – So amazing
Sister Sledge – Lost In Music
Chic – Le Freak
Amii Stewart – Knock On Wood
Celebration – Kool And The Gang
The Pointer Sisters – I’m so excited,
Donna summer – Last Dance
Florence & The Machine – You’ve Got The Love
Cece Peniston – Finally
Robin S – Show Me Love
Nomad – Devotion
Aretha Franklin – Deeper Love
Ultra Natè – Free
Barbara Streisand And Donna Summer – No more tears
Pussycat Dolls – Hush Hush
Gloria Gaynor – I Will Survive
Sylvester – Mighty Real
Debbie Jacobs – Don’t You Want My Love
Earth Wind & Fire – Boogie Wonderland
Marvin Gaye & Tammi Terrell – Ain’t No Mountain High Enough
The Trammps – Disco Inferno
Dan Hartman – Relight My Fire
Black Box – Everybody
Alison Limerick – Where Love Lives
Barbara Tucker – Beautiful People
Juliet Roberts – I Want You
Something Going On (Feeling Good In Every Way)
Angie Stone – Wish I Didn’t Miss You
Janice Robinson – there must be
Adele – Fire To The Rain
Degrees Of Motions – Shine On
Madonna – Sorry
Luther Vandross and Janet Jackson – The Best things In Life Are FreeThe
Shapeshifters – Lola’s Theme
AFTC Presents OnePhatDeeva – Bad Habit
Whitney Houston – I’m Every Woman
Cece Peniston – We Got A Love
Juliet Roberts – Caught In The Middle
Whitney Houston – Greatest Love(House Mix)
The Starletts – On His Mind