David is a modern contemporary artist making his pieces entirely out of Rubik Cubes. Since 2008 he has been the front runner in evolving the new art movement of Rubik Cubism worldwide. David mainly focuses on portraits, but has evolved his pieces to include landscapes, animals, architectural and corporate logos. David has recently started performing interactive pieces where the public can join in and help complete the works or simply have fun playing with the variety of cubes on show.

David was born in Leeds and studied art from a young age. After studying at University in London and with no formal training, he has taught himself and expanded the art form of Rubik Cubism to the extent that he is widely regarded as the front runner in the art movement.

David has exhibited in galleries in the UK, Abu Dhabi and Dubai, and will be exhibiting in New York during 2011. His pieces have been sold in England, Europe, America, Asia and the Middle East, with private commissions produced for individuals, English Premier League footballers and International Corporations and art collectors alike. He holds many artists in admiration and for inspiration. Among them are Andy Warhol, Banksy and Roy Lichtenstein.

David is happy to generate a template from a photo for approval prior to commencing the work, so that the client is able to see exactly what the completed piece will look like.

Standard Length of Performance:
Anything from a few hours (David can pre do the cubes before the event) to several days. It takes between 10 & 40 hours to complete a piece, so for events some cubes can be pre-prepared. For events that last only a couple of hours David will have most of the piece ready and finish at the event.

Rubik’s Cube Workshop:
Interaction at the event takes place as the guests are asked to participate in creating a piece of art. Those who are able to do part of a rubik’s cube are then asked if they want to complete a cube to be part of the portrait. Guests are asked to sign the back of the cube and come back when the piece is finished to have their photo taken pointing to the part of the portrait they have done. It takes 600 cubes for a portrait to work and the size of the Perspex frames depend on the size of the piece.

David: Testimonials | Book for your event

★ Front runner in evolving the art of Rubik Cubism

★ Incredible pieces that have been exhibited worldwide

★ Performs interactive pieces where the public can contribute 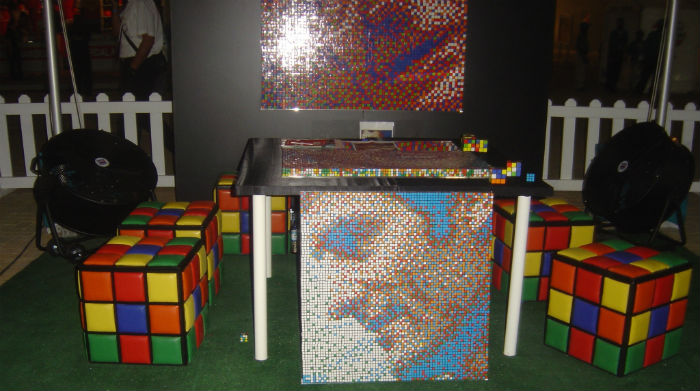 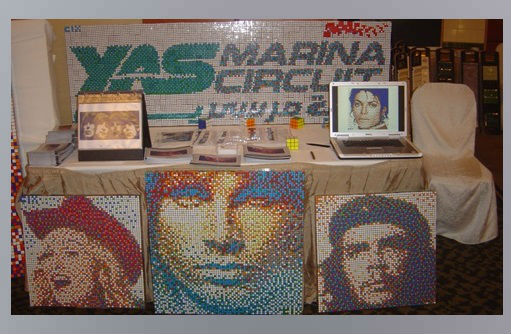 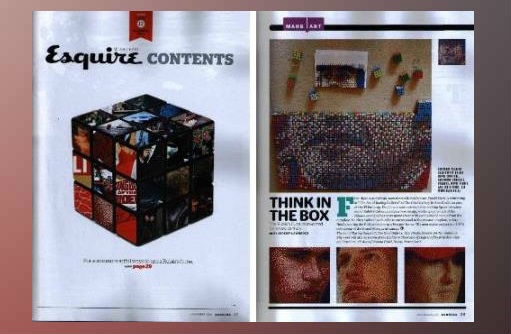 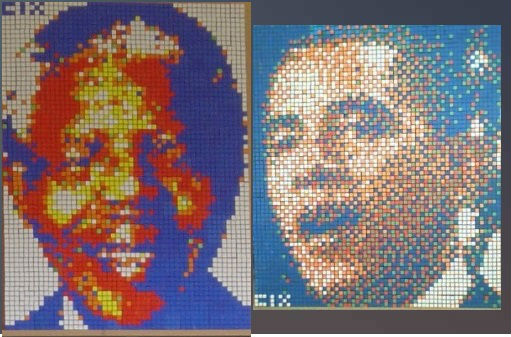 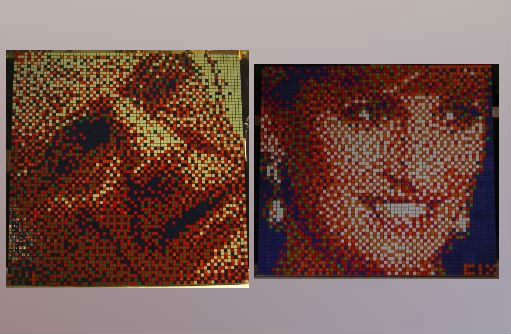 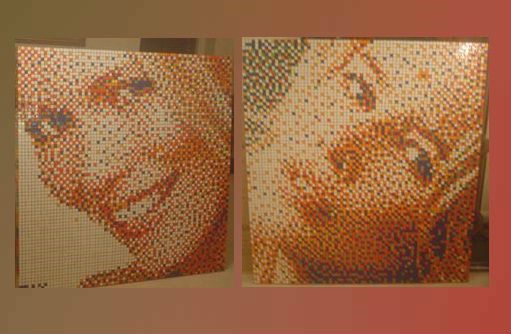 “I would like to thank you for your assistance and help with my Boss’s party preparation. All Contraband acts performed incredibly well and showed the high level of professionalism. Once again many thanks and I hope to work with you in the future.”